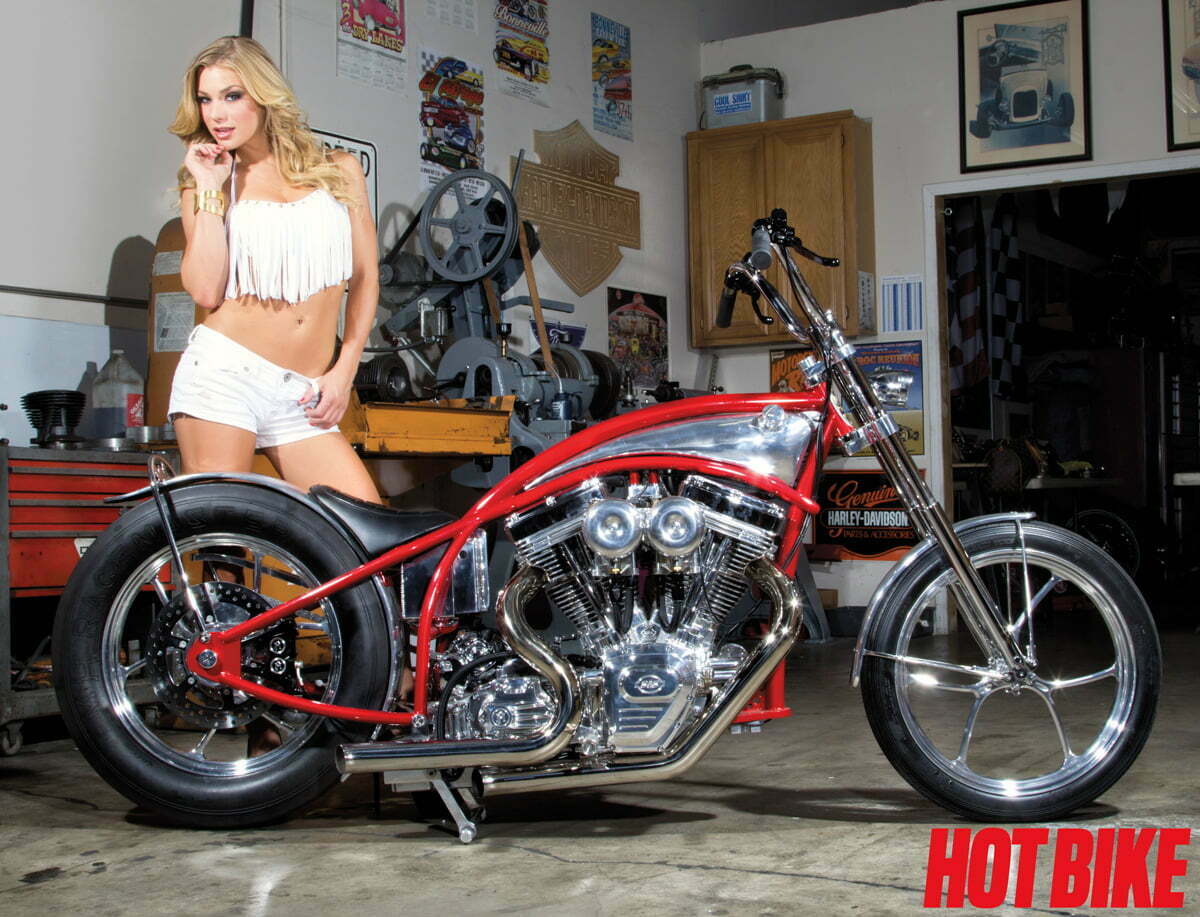 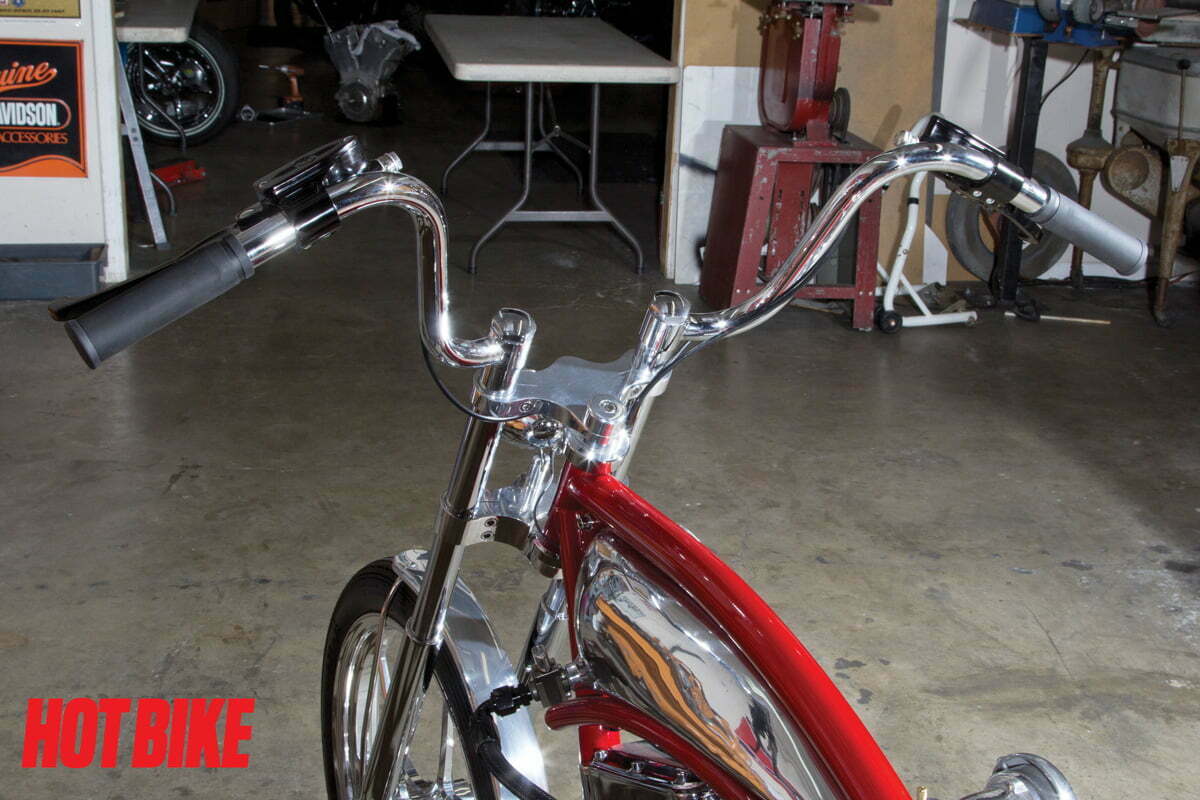 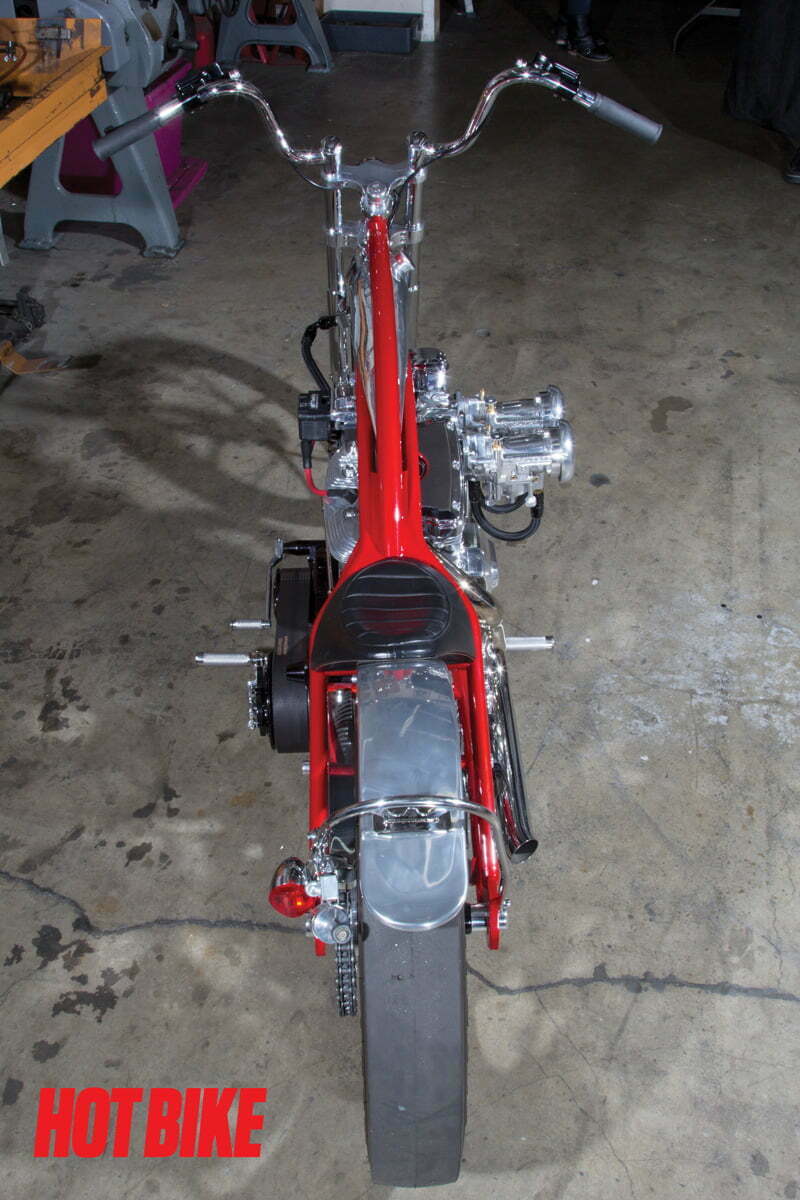 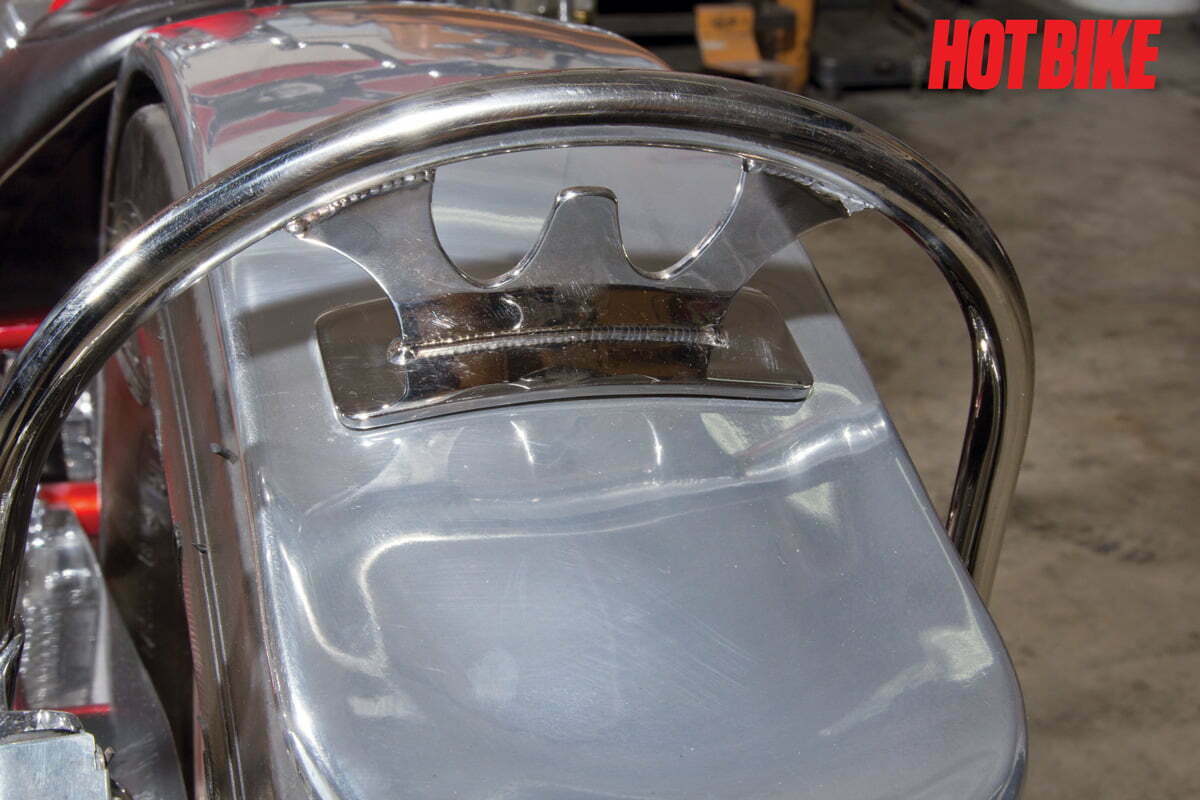 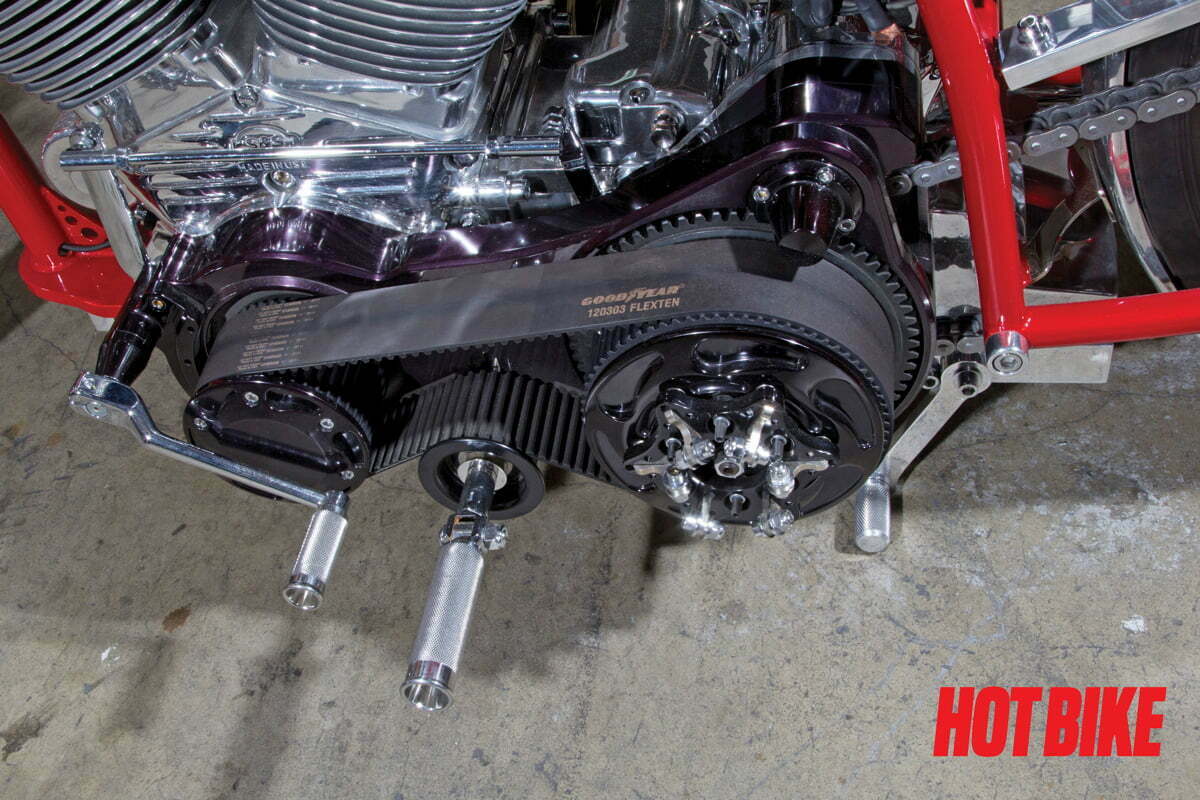 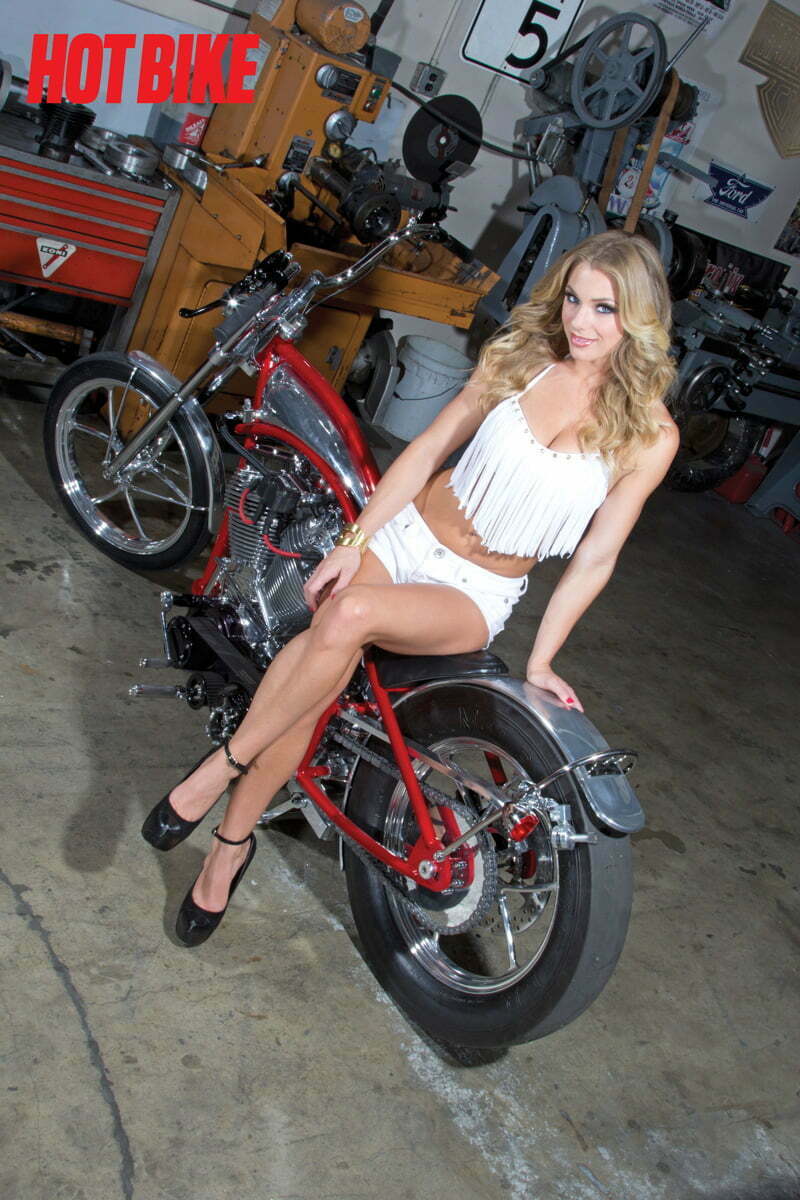 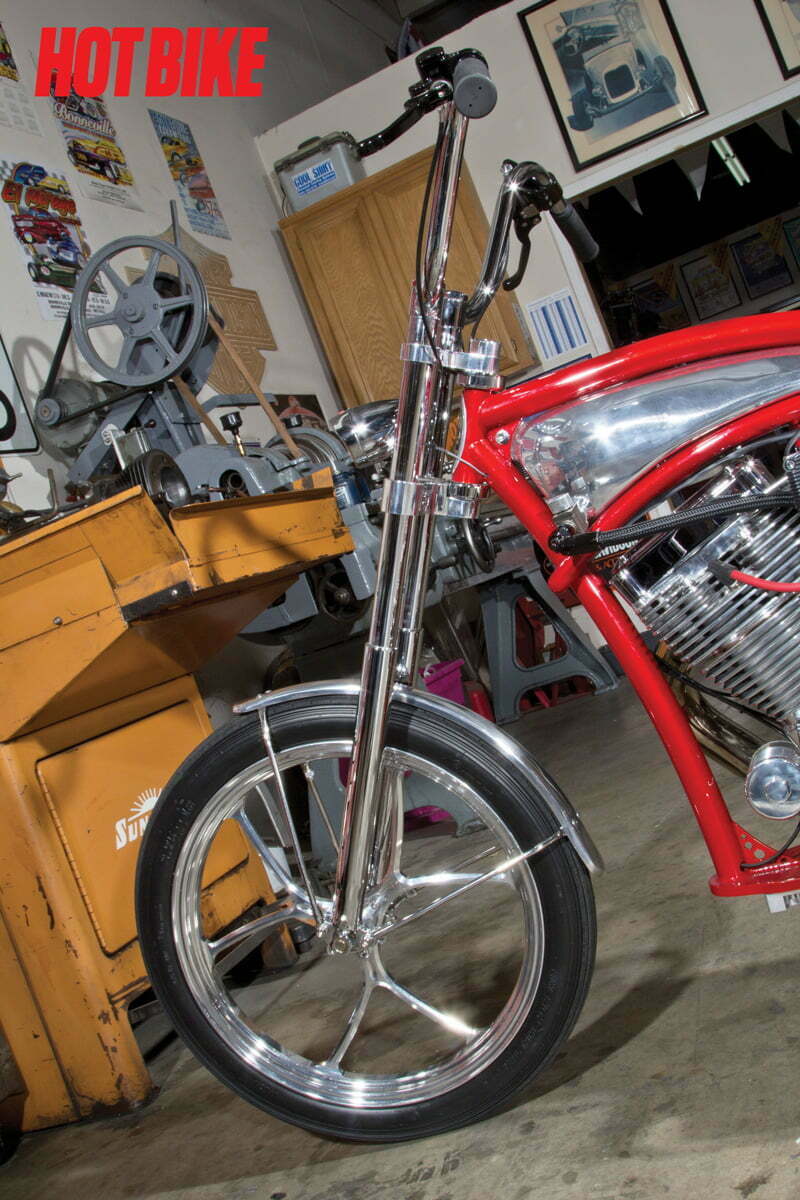 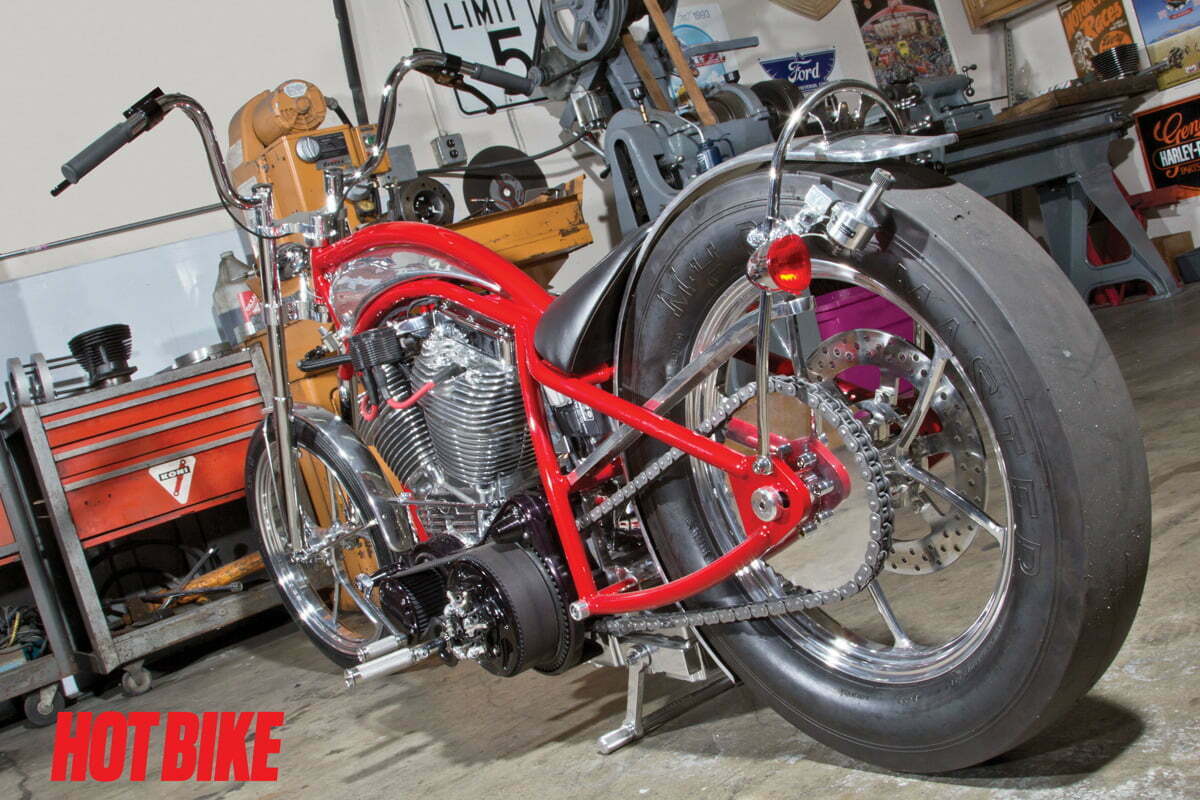 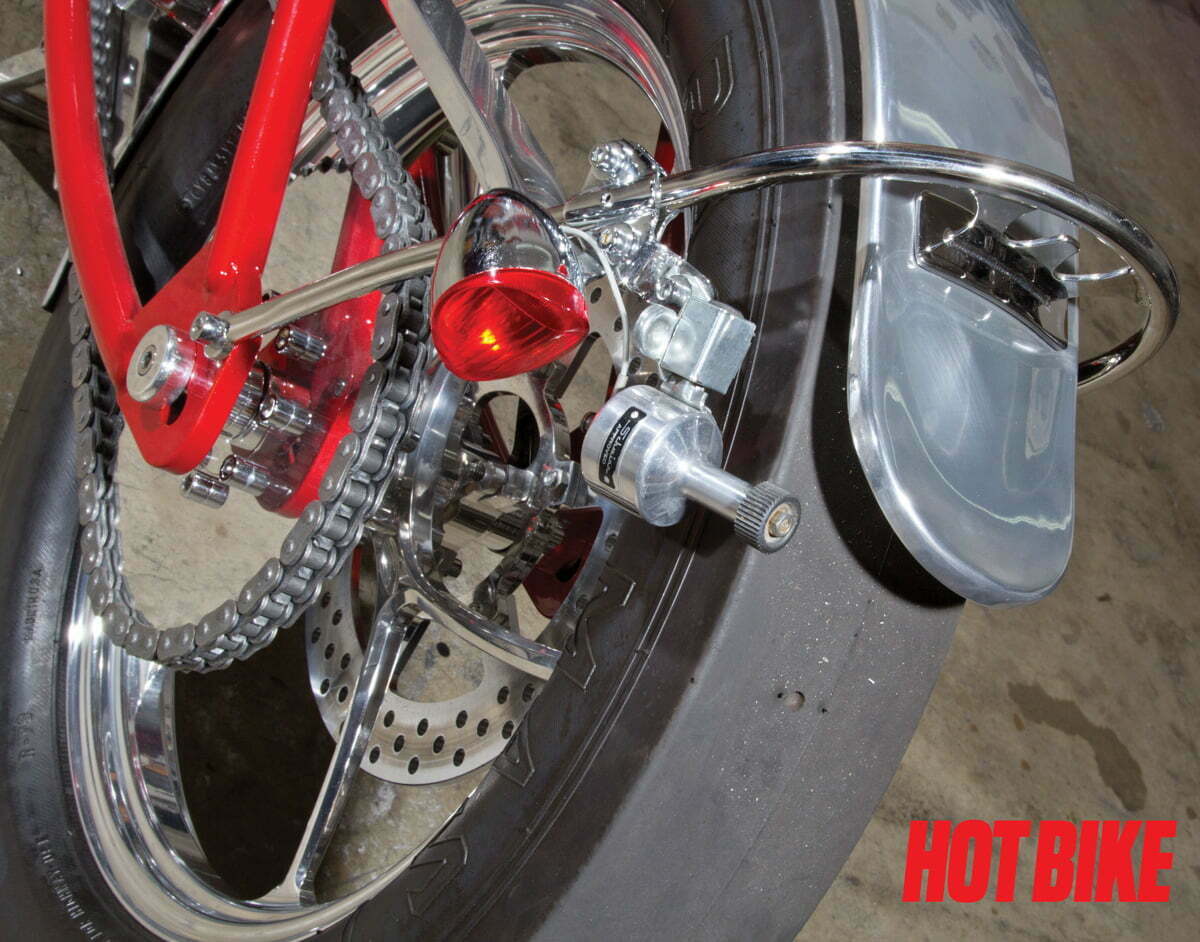 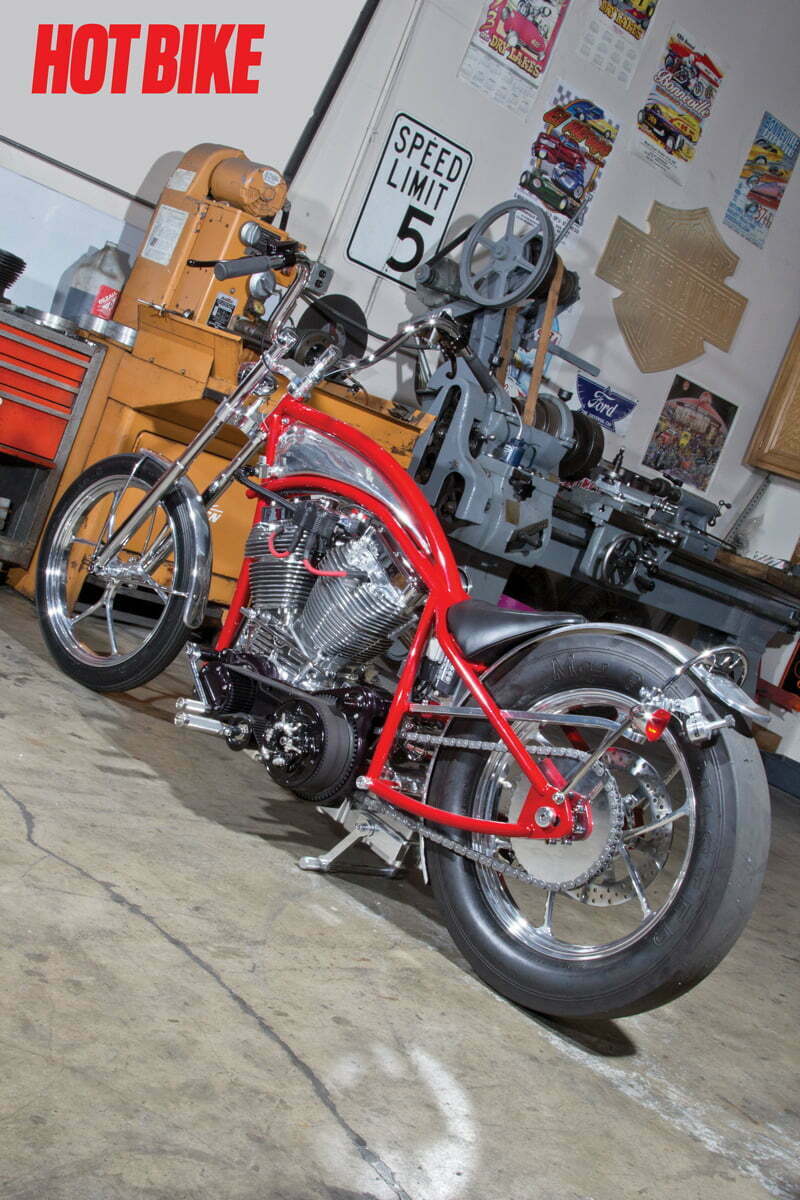 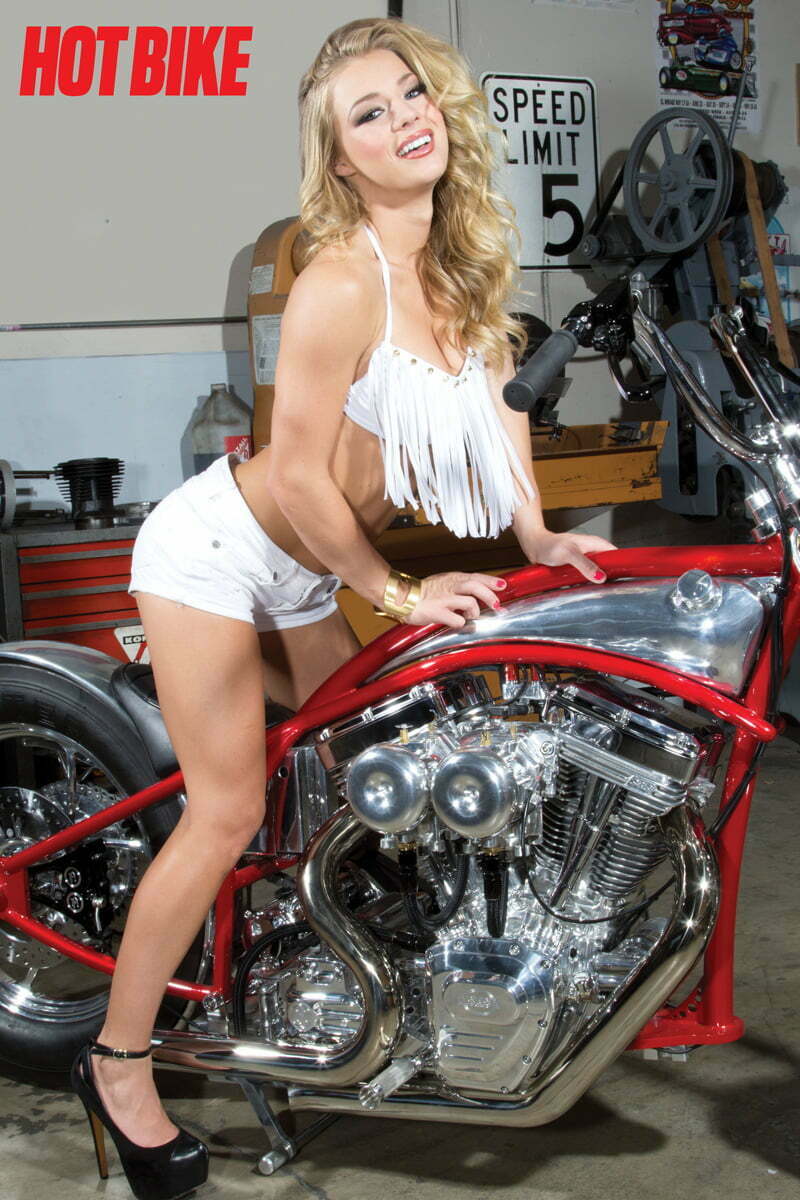 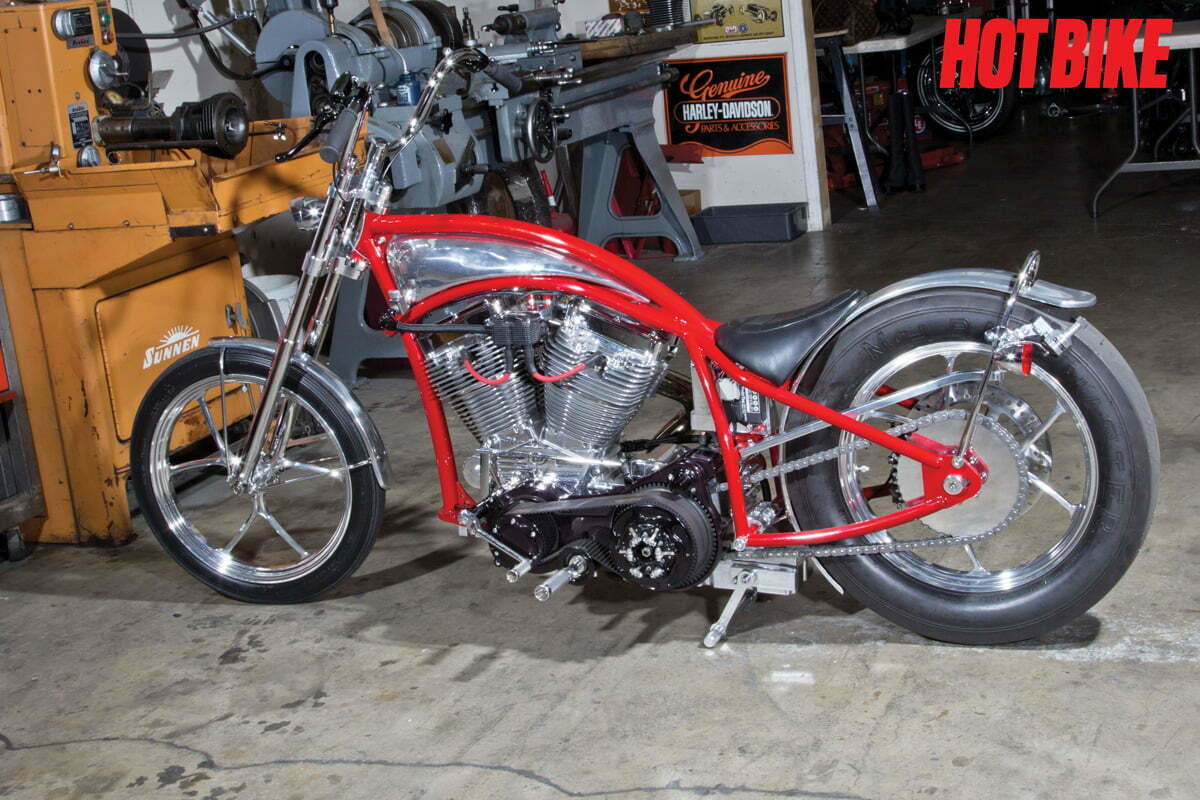 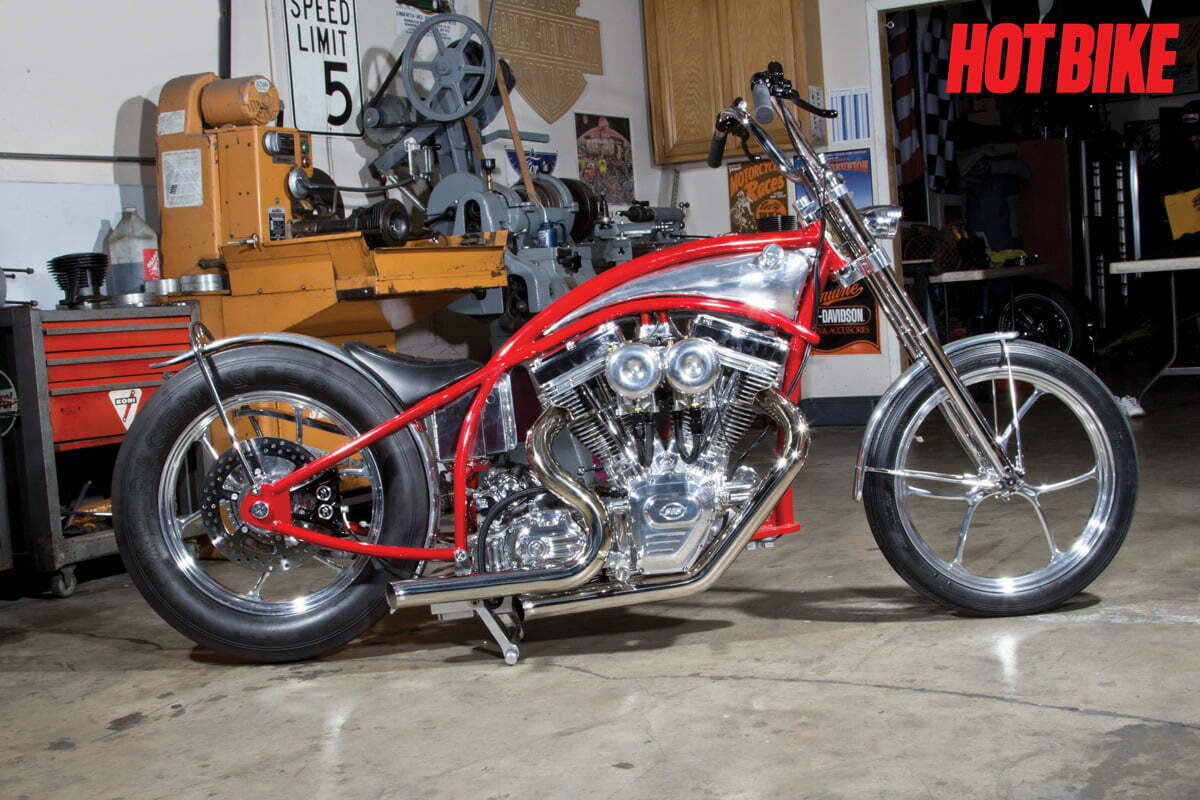 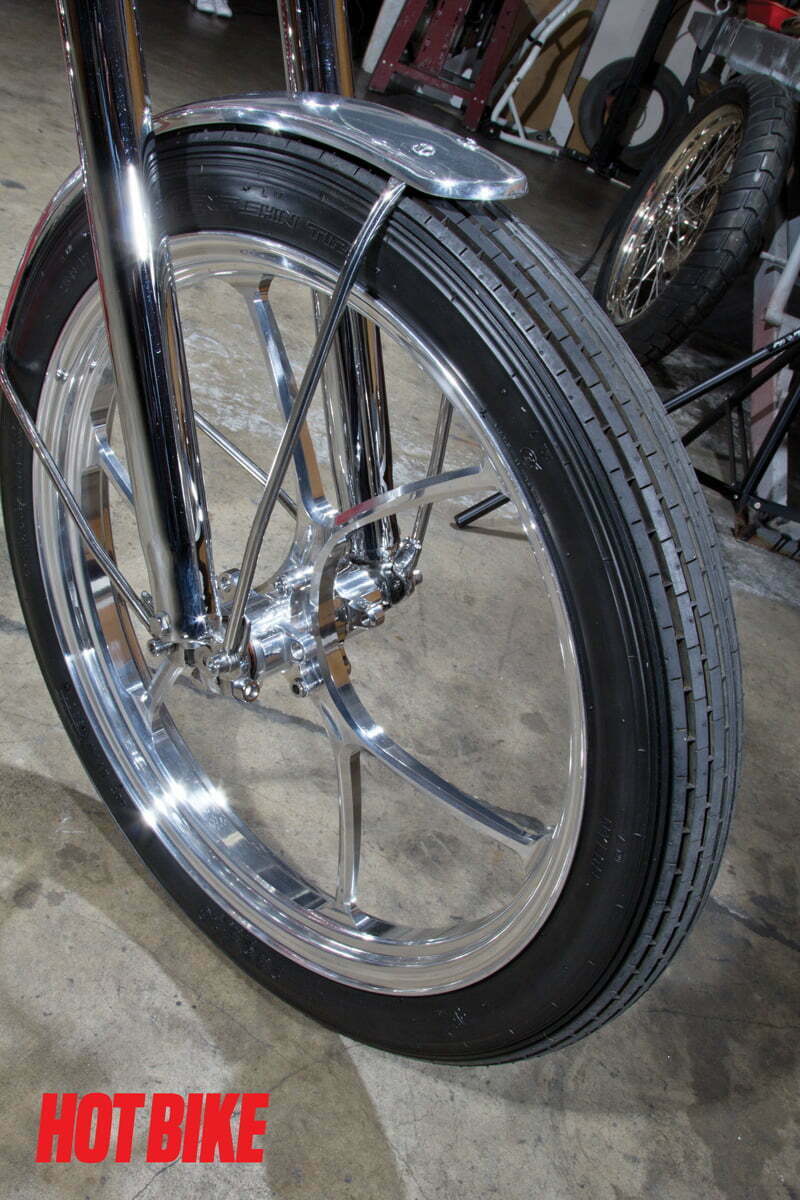 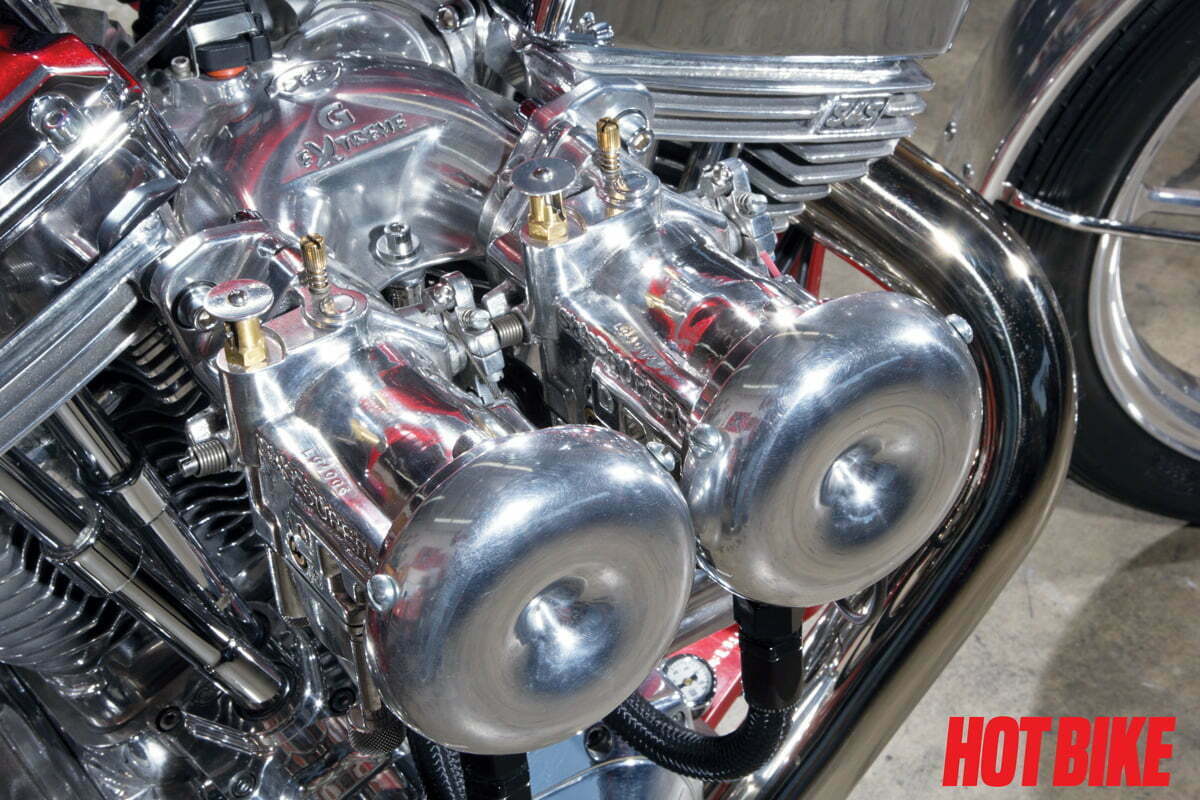 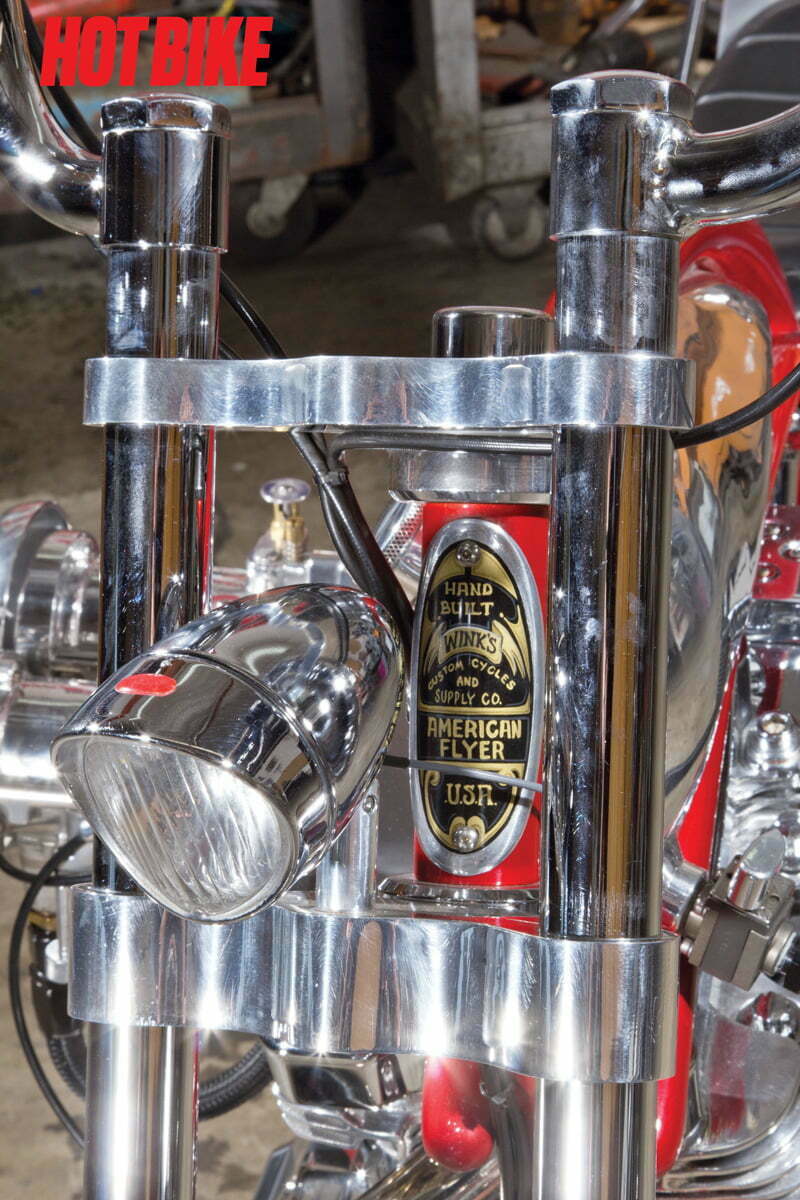 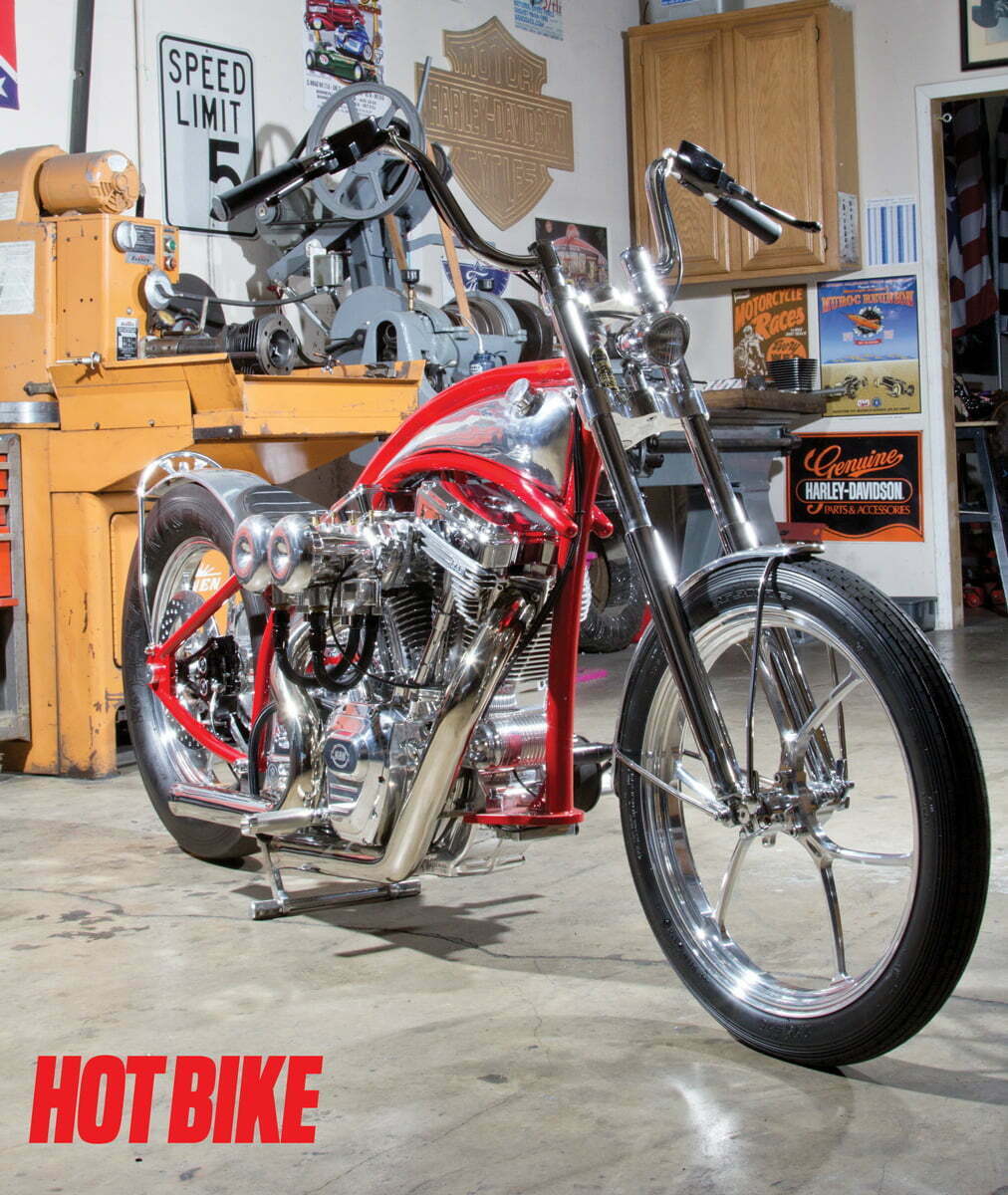 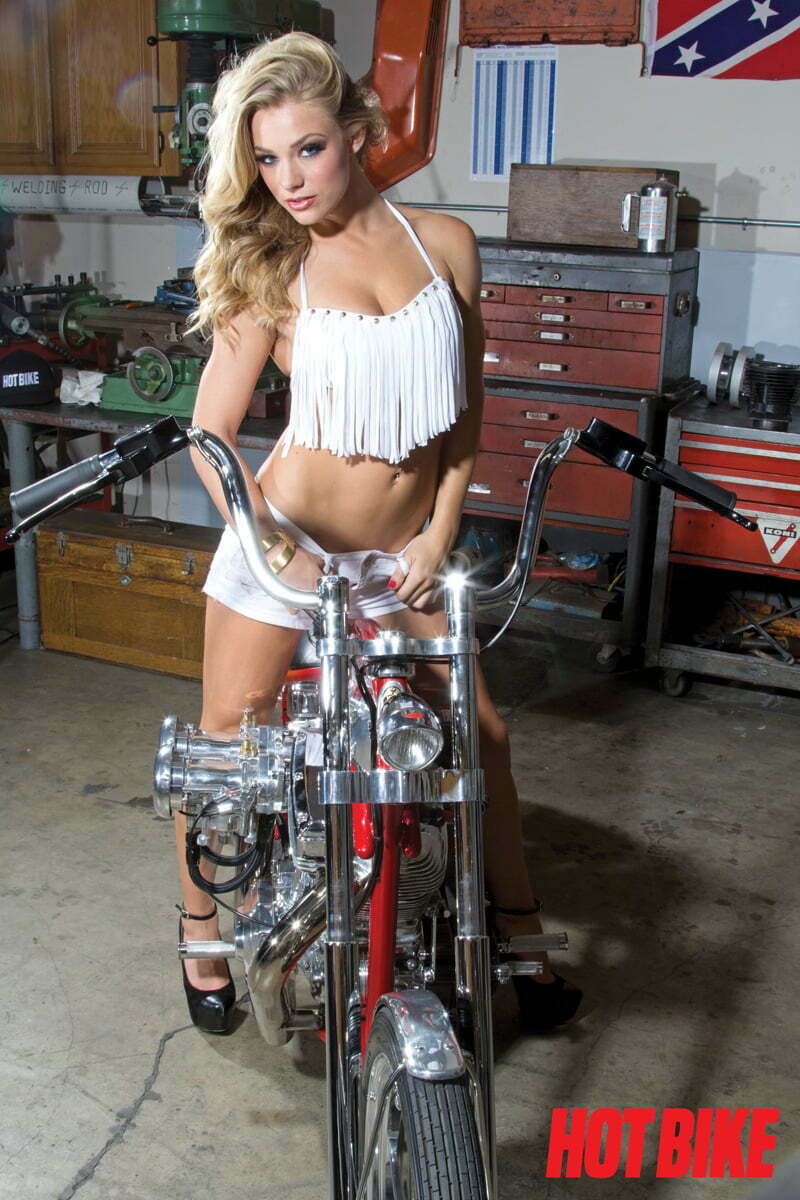 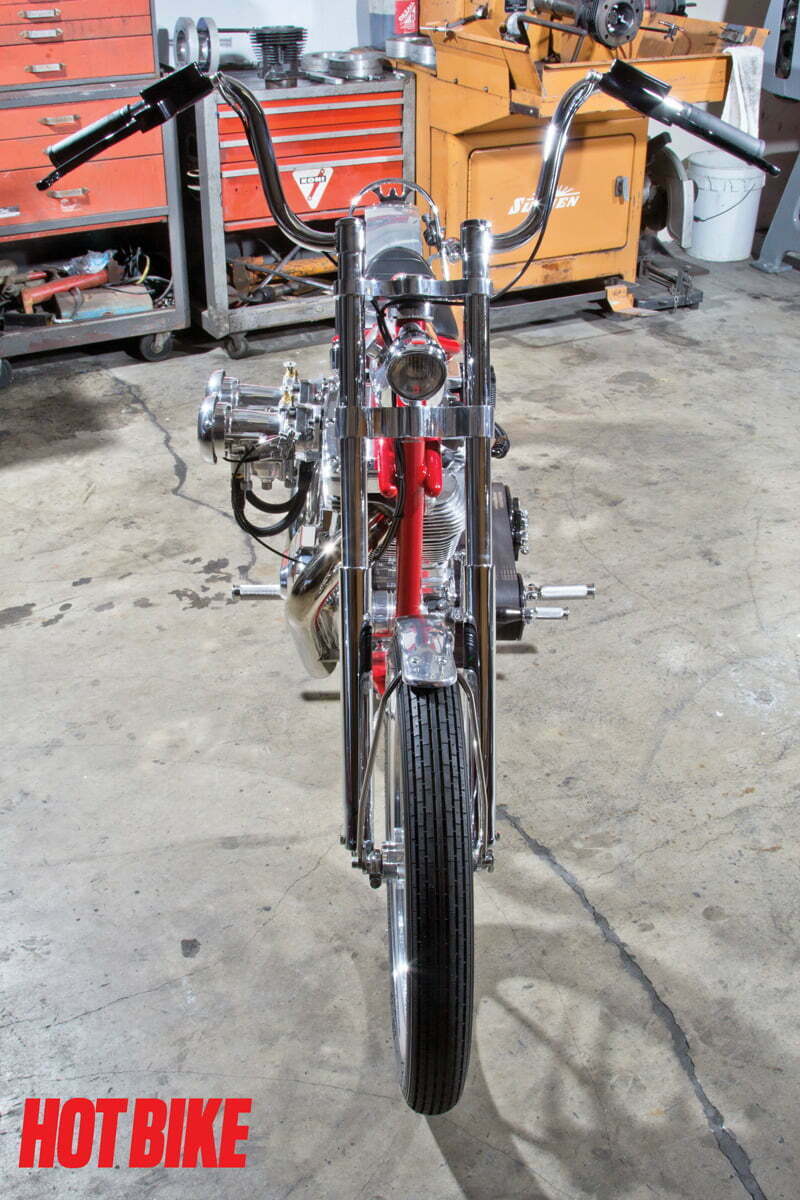 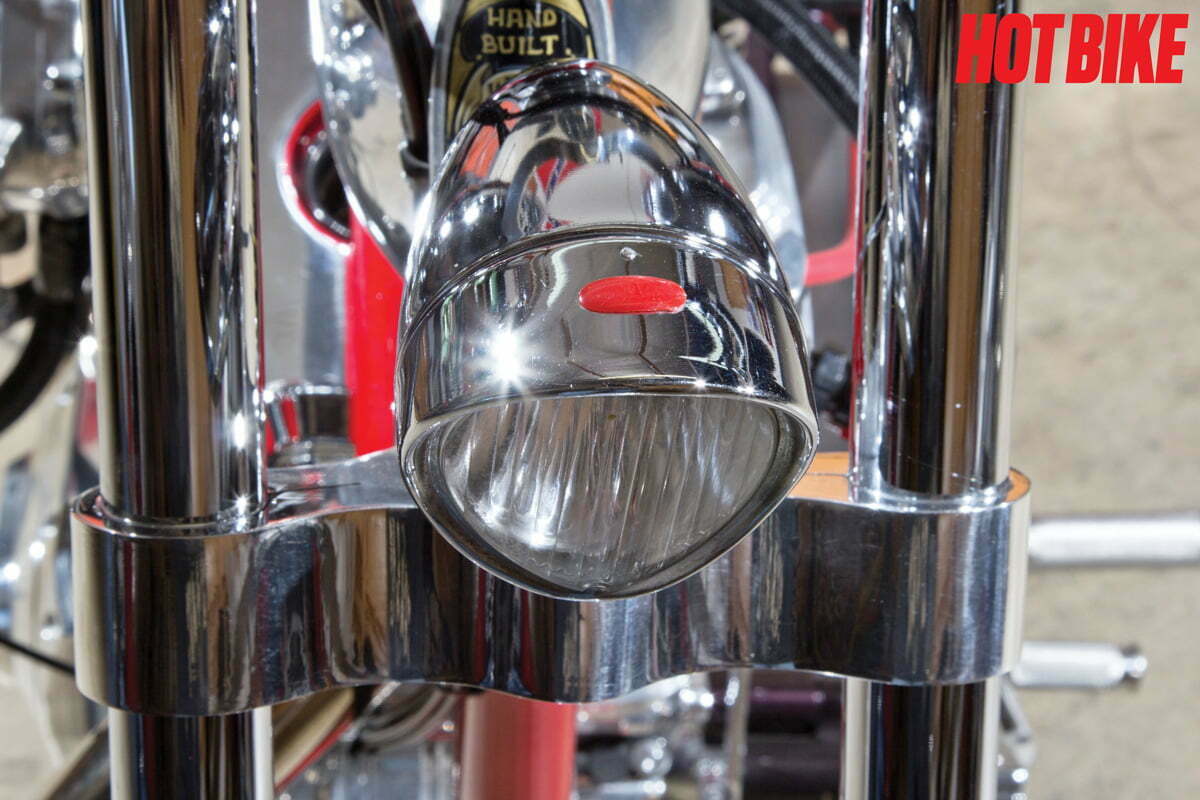 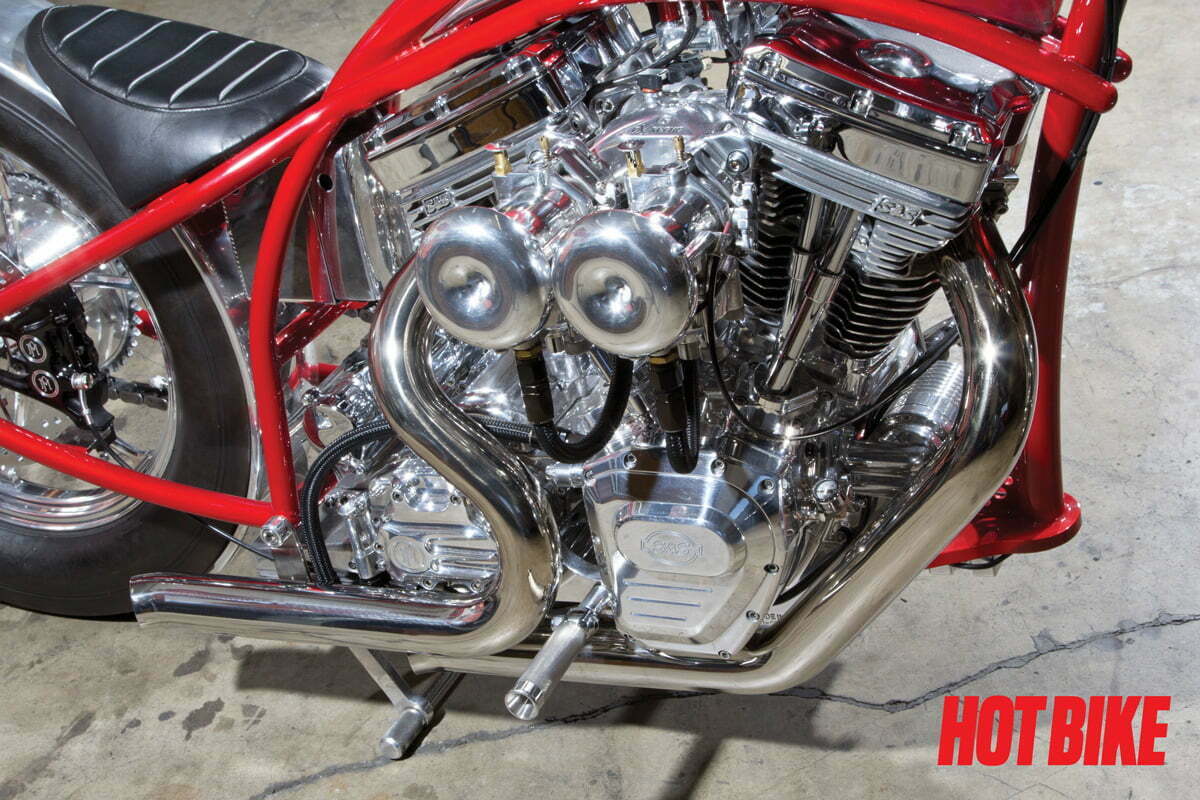 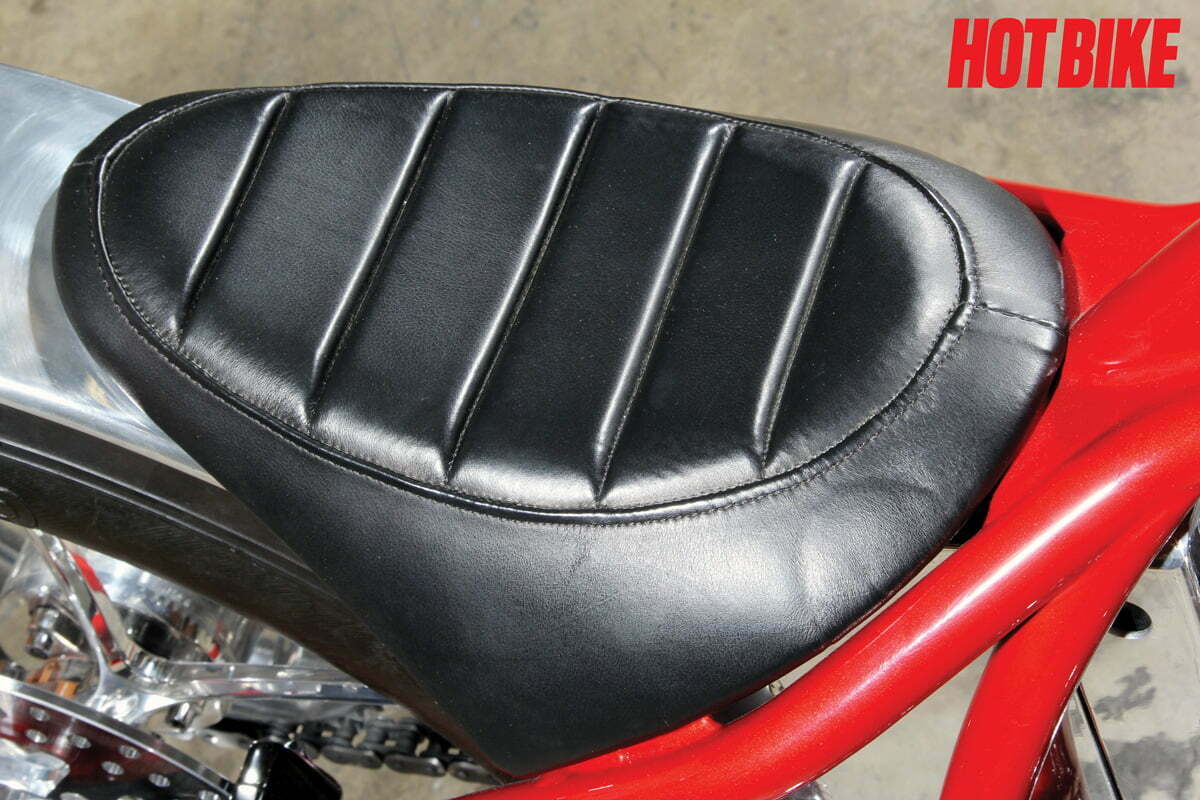 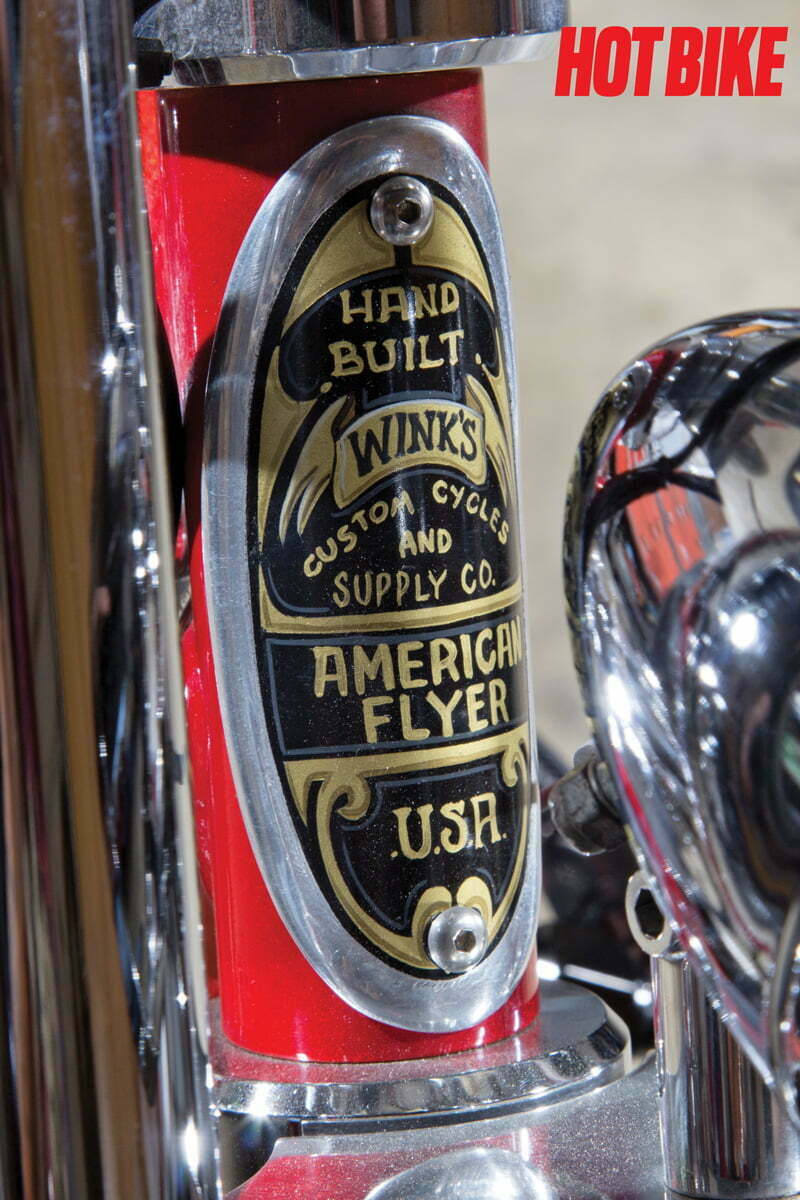 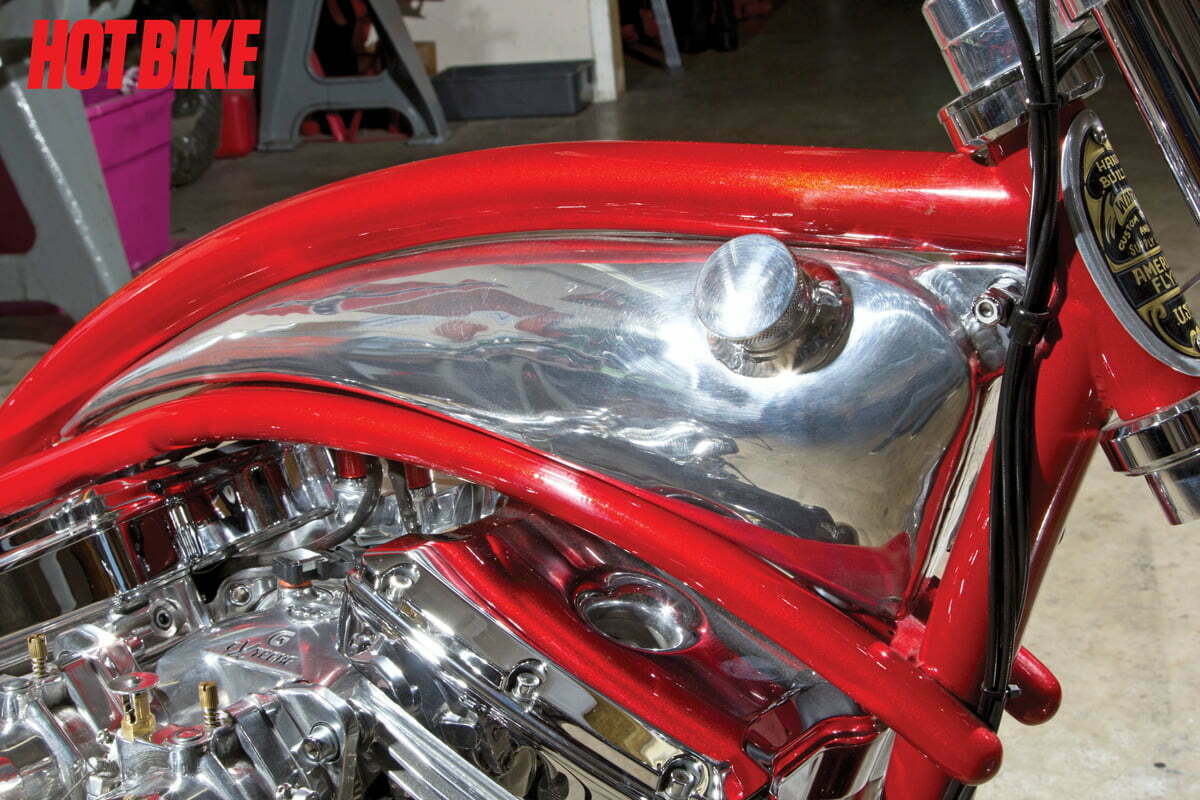 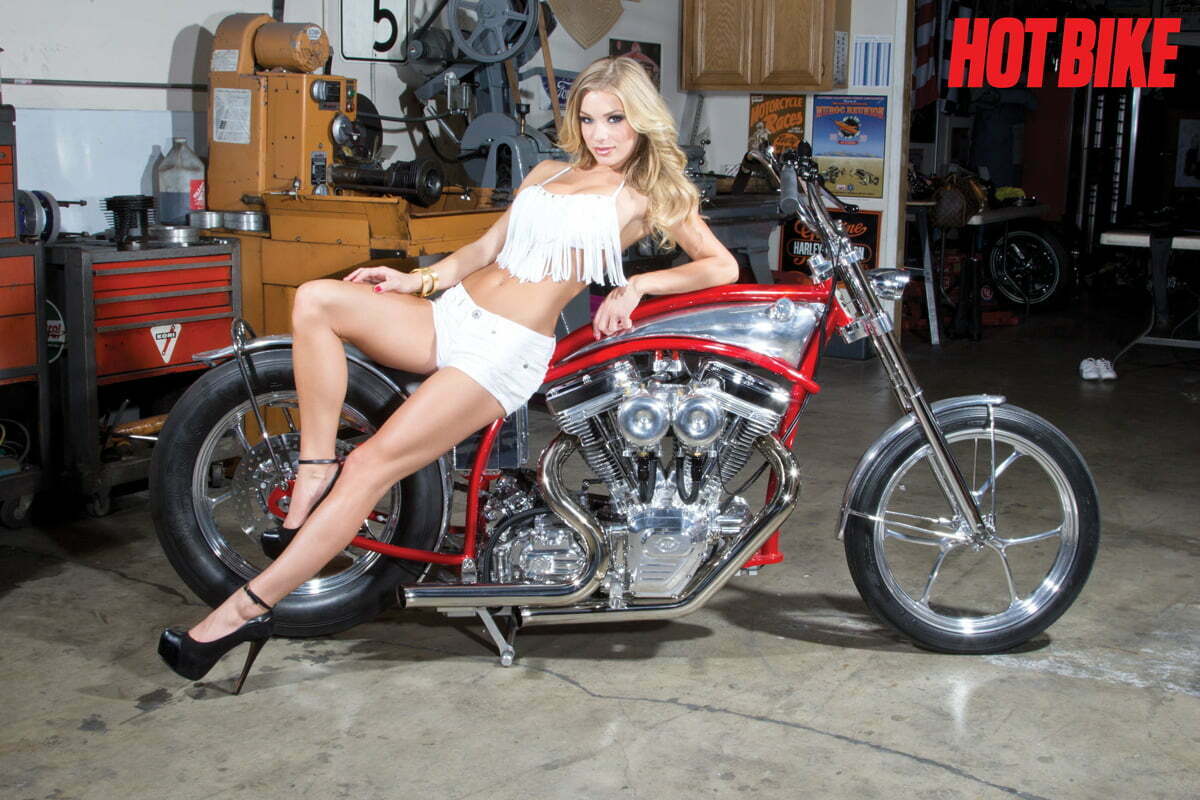 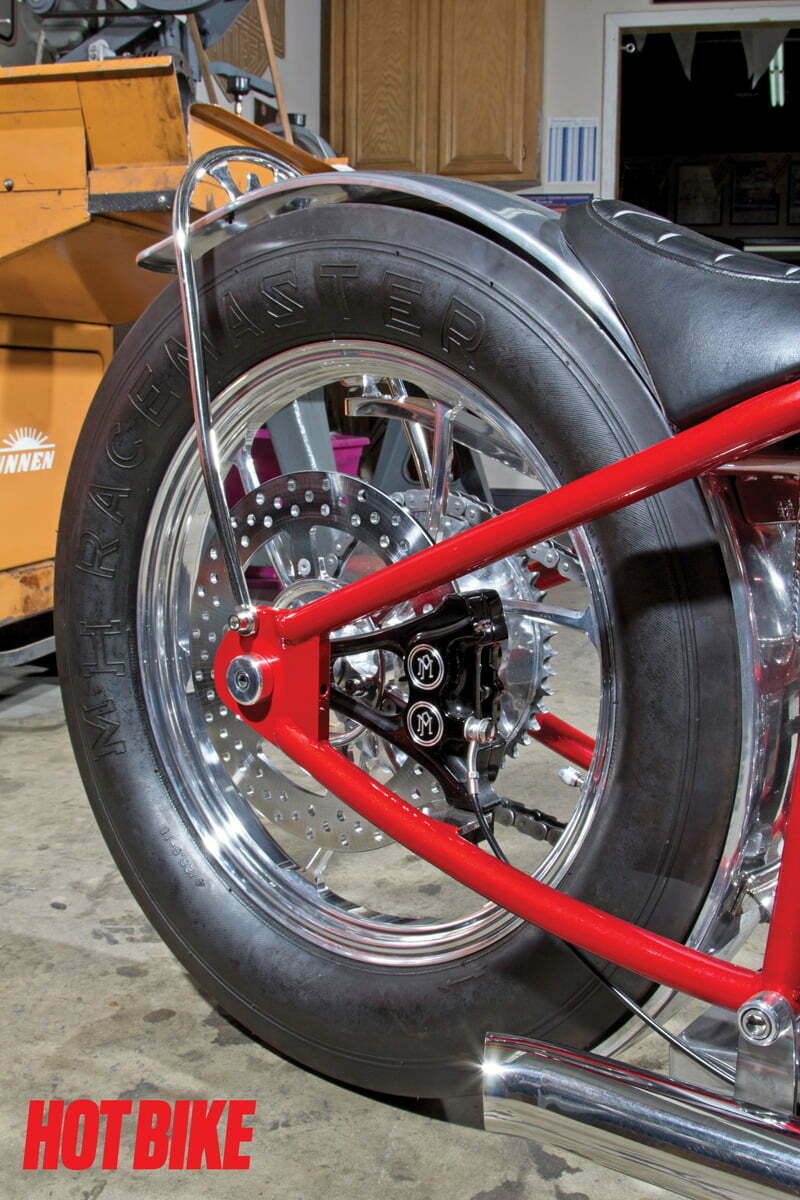 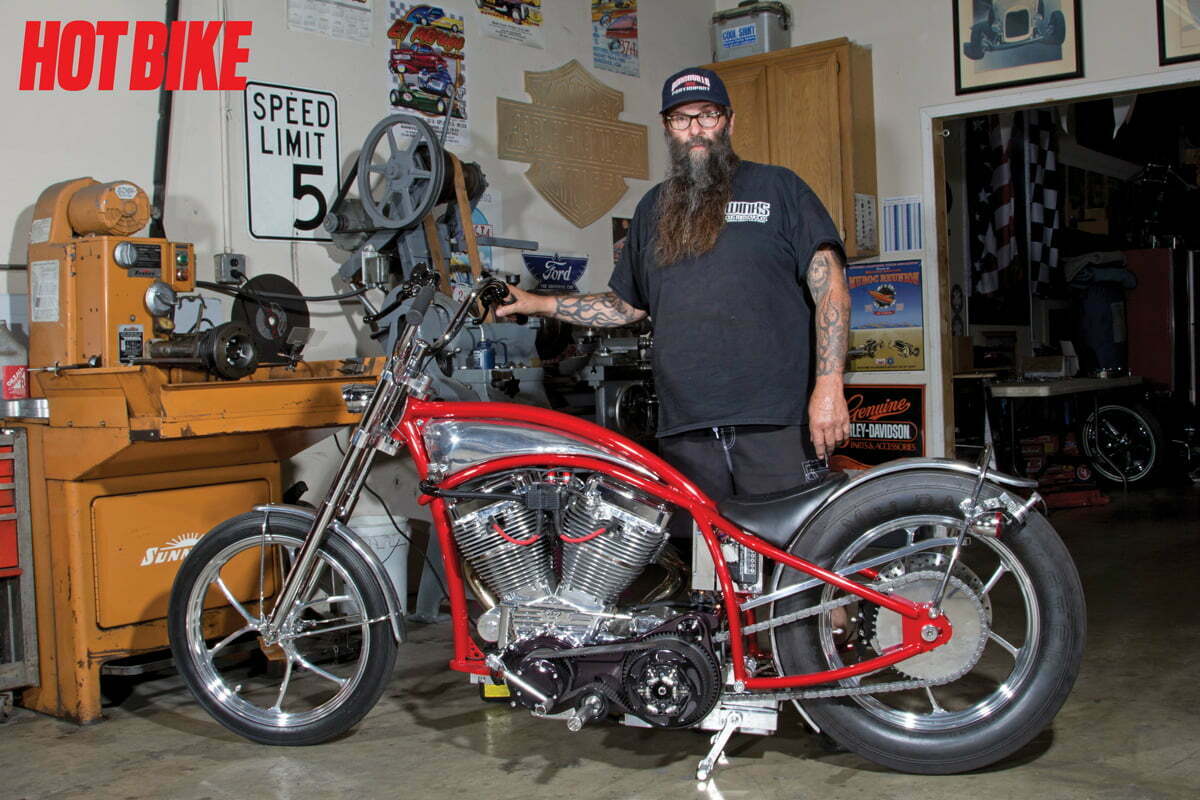 Walking into Wink Custom Cycles is a little bit like walking into a museum. Upon entry into the small Orange County, California, shop door, a classy lady named Dee immediately welcomes you. As your eyes begin to gaze upon all the bikes and memorabilia posted on the wall, you can’t help but notice amongst a few old pictures sits a shadow box with an unmistakable “#1” plate inside. As your eyes wander around, another #1 plate sits on a desk next to a pile of mail. To your left, shoved in the corner, is one of the baddest land-speed bikes you will ever lay eyes on.

shoved in the corner, is one of the baddest land-speed bikes you will ever lay eyes on

Just passed the entry, a long-bearded fellow stops what he’s wrenching on to say hello. Without even realizing it, you are in the presence of a true living legend.

As you talk with owner Wink Eller, it becomes increasingly clear that this is a man that knows what he’s talking about when it comes to going fast. Not because he’s bragging or trying to tell this young, dumb photographer things he should already know. As he talks, the respect level continues to rise as his stories of going faster than most men could dream are abundant and each one told is more impressive. It doesn’t take long for it to come out on its own that for lack of a better word, Wink Eller knows his shit!

We asked Wink to give us a brief history of his impressive motorcycle career. “I’m originally from North Carolina. I transplanted to California on a Harley-Davidson when I was 17. I worked at a dealership for about 10 years before I opened up my own shop, which I’ve had for about 35 years. One of my hobbies is land-speed racing. I first went to Bonneville in 1971. In 1994 and in my first year, I set a record but it wasn’t easy. Since then, I’ve set 68 land-speed records at Bonneville and El Mirage.

Fourteen of those records still hold at this point. My best year of racing was 1996 when I set six records at El Mirage, won the points championship, and went to Bonneville and set four land-speed records with the same engine at one meet.”

While a small novel could be written on Wink, the bike shown here is his entry for Born Free 5 and is meant to show a few young pups that he can still make a bike from raw steel and parts laying around. “The goal was to make this bike look like a Schwinn Stingray and have a massive engine in it.

The goal was to make this bike look like a Schwinn Stingray and have a massive engine in it.

So what I did was take my 145 Twin Cam that I had been running in my Sidecar Streamliner. I took that engine and that drivetrain and built a chassis around it. I’ve used a lot of my old race bike parts. The front wheel is off my Pro Drag Nitro bike; the rear wheel is off a Pro Fuel Nitro bike. The frontend is a ’52 K Model to bring a little bit of old to it. I hand-built the frame, tanks, and the fenders from raw materials. I set multiple records at El Mirage and Bonneville with the engine and actually shredded a tire at more 224 mph. It’s basically an S&S Pro Stock engine that I can run on the street.” With a powertrain that belongs in a museum for its historical significance, no other custom has had parts with more records and credibility.

If you ever get a chance to meet Wink, there’s a good chance the other half of his bike building secret is only a few steps away. When asked if he had any thank yous, this modest man had one very important person to mention. “I’ve always tried to go into work and have fun everyday. I tried to make friends everyday and keep those friends throughout life. I think one of the things I value most is friendships with people and having my wife. She’s been my starter person on my Nitro Harley, been to every race with me, and she’s here at my shop everyday and always by my side. She’s my best friend.” A lot can be learned from men like Wink about motorcycles, life, and how to build the world’s craziest bicycle.

A lot can be learned from men like Wink about motorcycles, life, and how to build the world’s craziest bicycle.