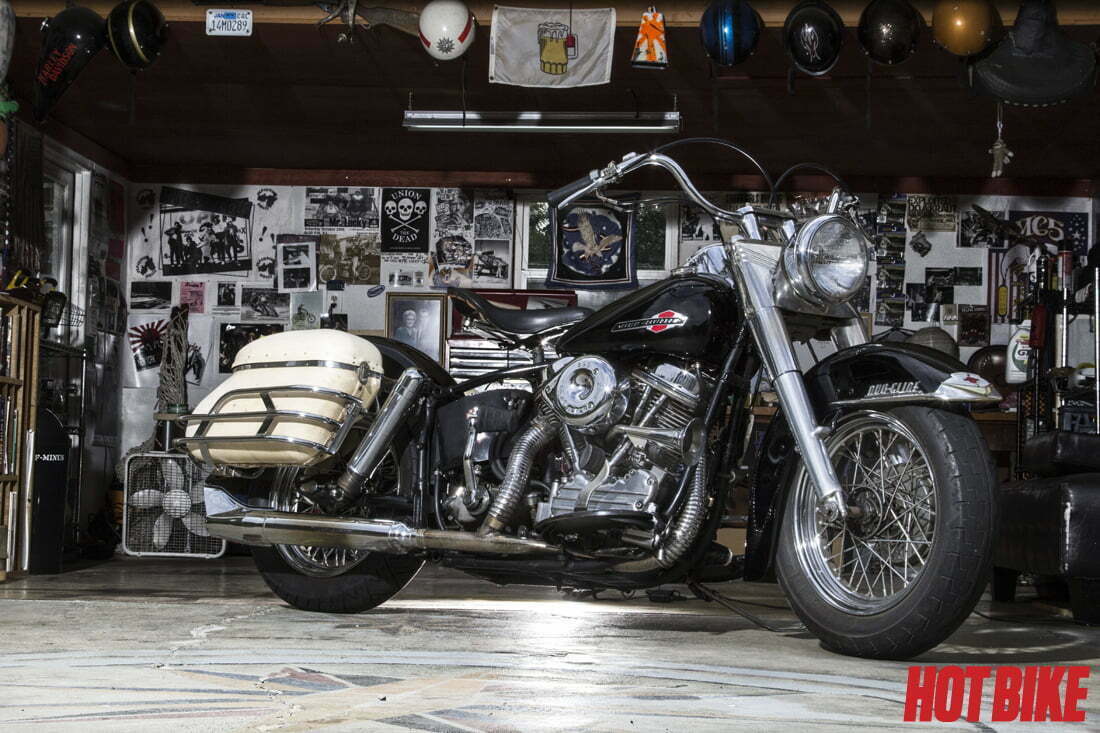 The late ’50s and early ’60s were some of the greatest times in American engineering. It seems like anything built around that time was built to excess, and the attention to detail has never been recreated. The cars were real American cars and draped with chrome. Fins and major body and styling changes were done every single year. The bikes were real-deal American bikes and had just the right amount of stuff put on that was quickly taken off during the era of choppers in the ’70s. Now that stuff is worth its weight in gold if you can find it. Despite not growing up in that era of American history, bike owner Chris Huber to this day has that same passion and love for the way things were done back then.

Even though Chris wasn’t born when the bike rolled off the assembly line, he always knew he would own this 1958 Panhead and make it a part of his family. He explains, “In 1982 I met David Lee Roth. He was just finishing up Van Halen’s Fair Warning Tour. Well, he looked down at me—I was four, ya know—and said, ‘Razzle-dazzle wowzerz man! Bizzdeebop diddybop yowza!’ I knew right then and there what ol’ Dave was talking about—ain’t talking bout love. He wanted me to know that someday I would find a 1958 Panhead that had been somewhat neglected and slowly bring her back to the good looks she had in 1958.”

While some might be tempted to restore this beauty to showroom condition, Chris opted to keep this bike on the road—and not locked up in some museum or garage surrounded.

While some might be tempted to restore this beauty to showroom condition, Chris opted to keep this bike on the road—and not locked up in some museum or garage surrounded by velvet ropes. Motorcycles have a destiny to fulfill and that is to roll across the pavement singing thumpty-thump through the exhaust for all to hear. “They did a lot of things well in 1958 at Harley,” he says. “Choppers will always be a part of my life, but this old Panhead looks too good the way they made her to change much, in my opinion. I never intended it to be a full-on restoration or show bike. Just a fast, black, stroked Panhead! I love this bike.

Even typing that makes me happy because she’s mine. The tanks and rear fender are ’63 or ’64, but the rest is mostly from 1958. I added the NOS Harley bubble bags, and as soon as I’m done typing this I’m taking her camping in the Sierras for four days. For a stock Harley it handles well in the corners and just feels right. It’s been through Baja Mexico twice on the El Diablo Run and all over California, Arizona, and Nevada. It has never let me down and all the while looked good doing it. Go ride your bike and have fun. Thanks, David Lee Roth!” Ske-bede-boty-wop. Enough said. 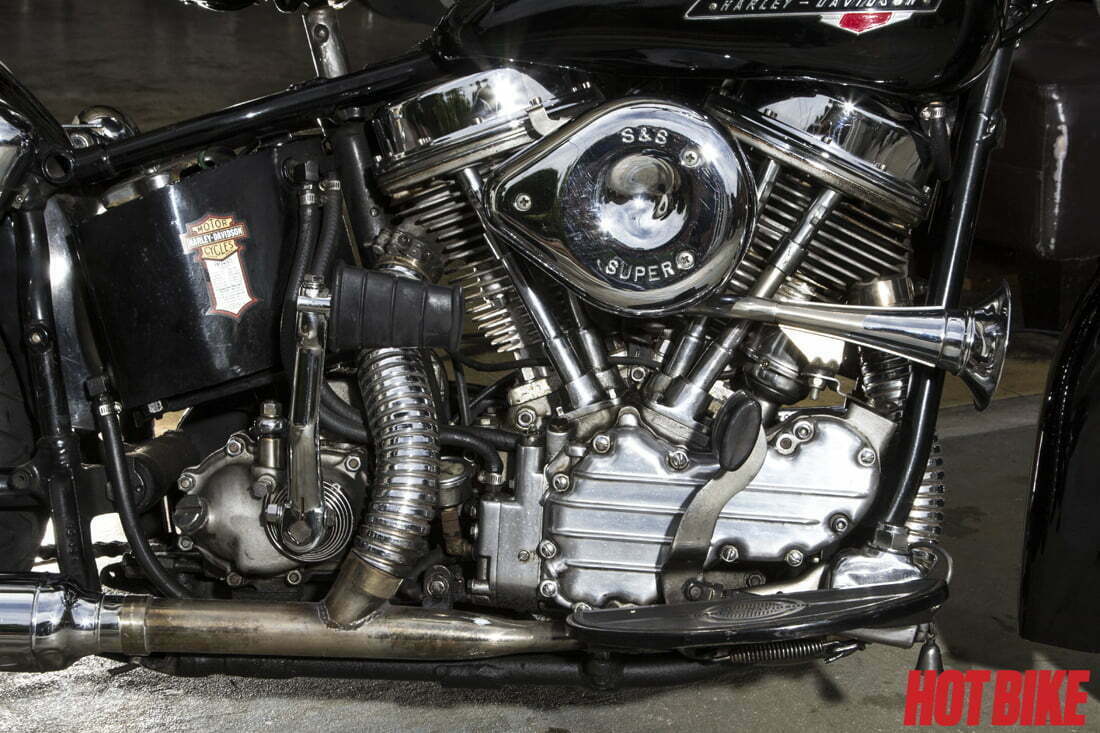 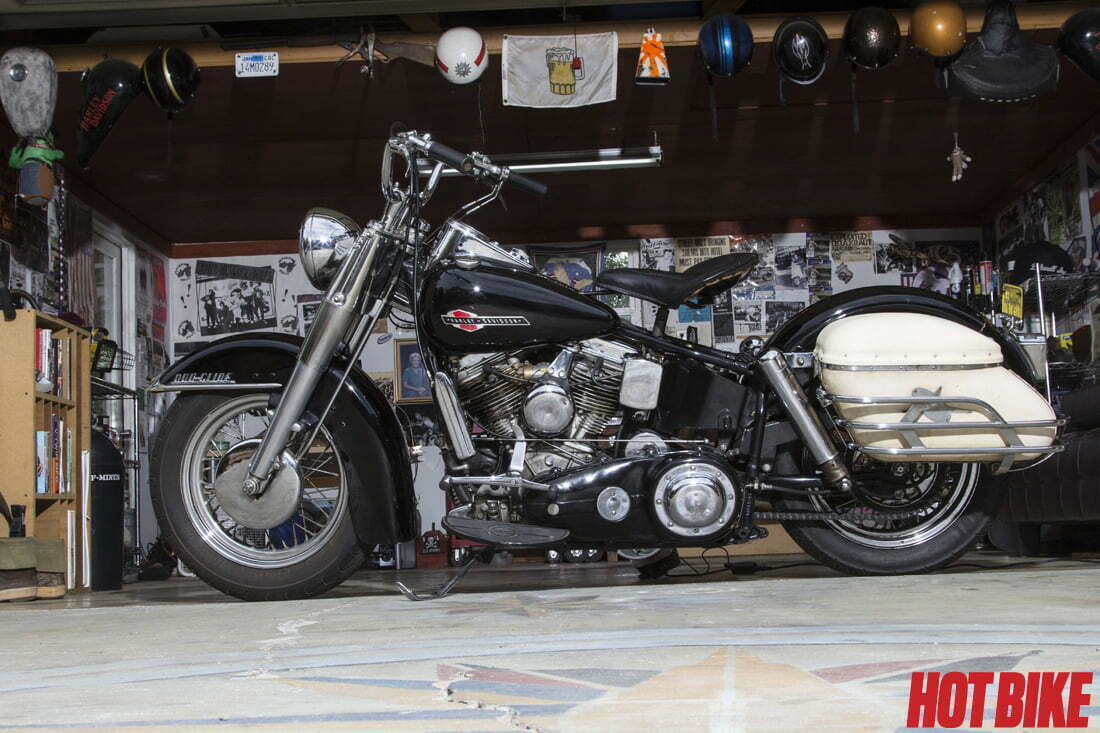 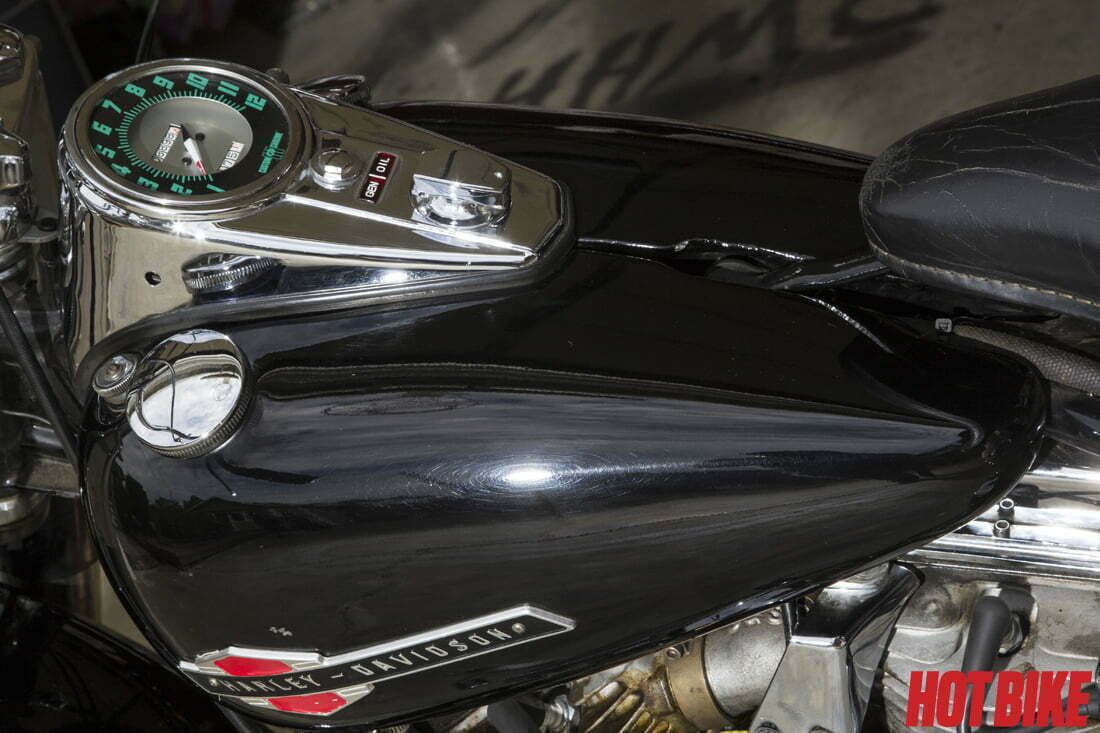 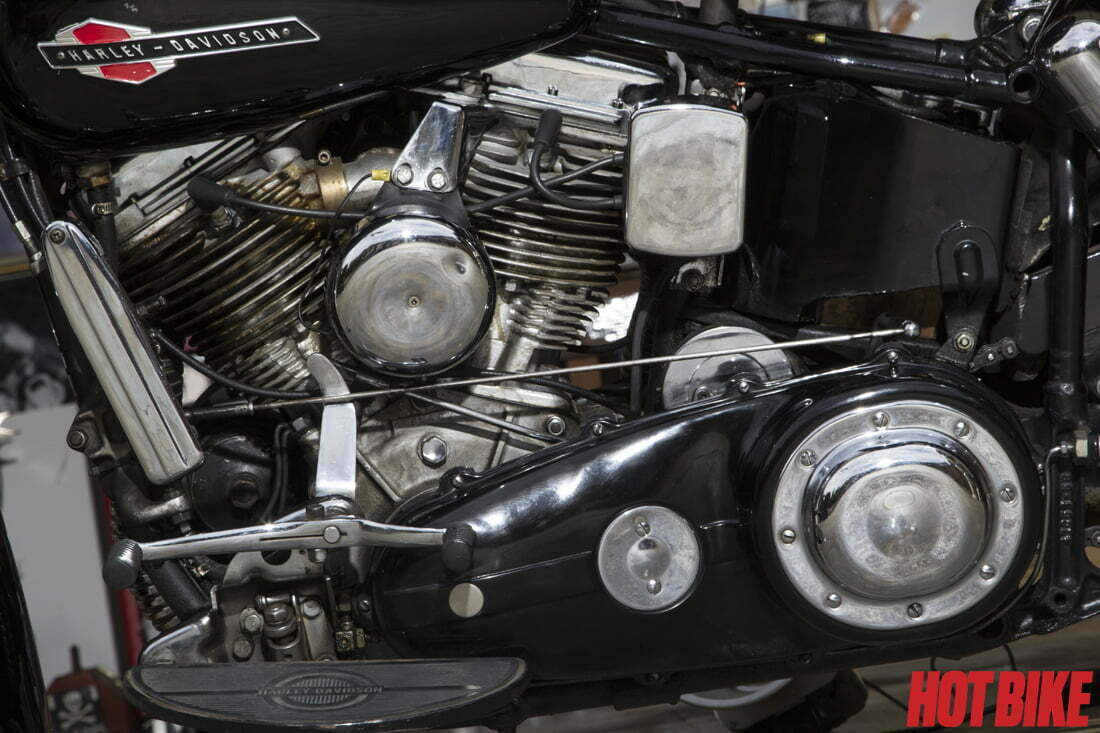 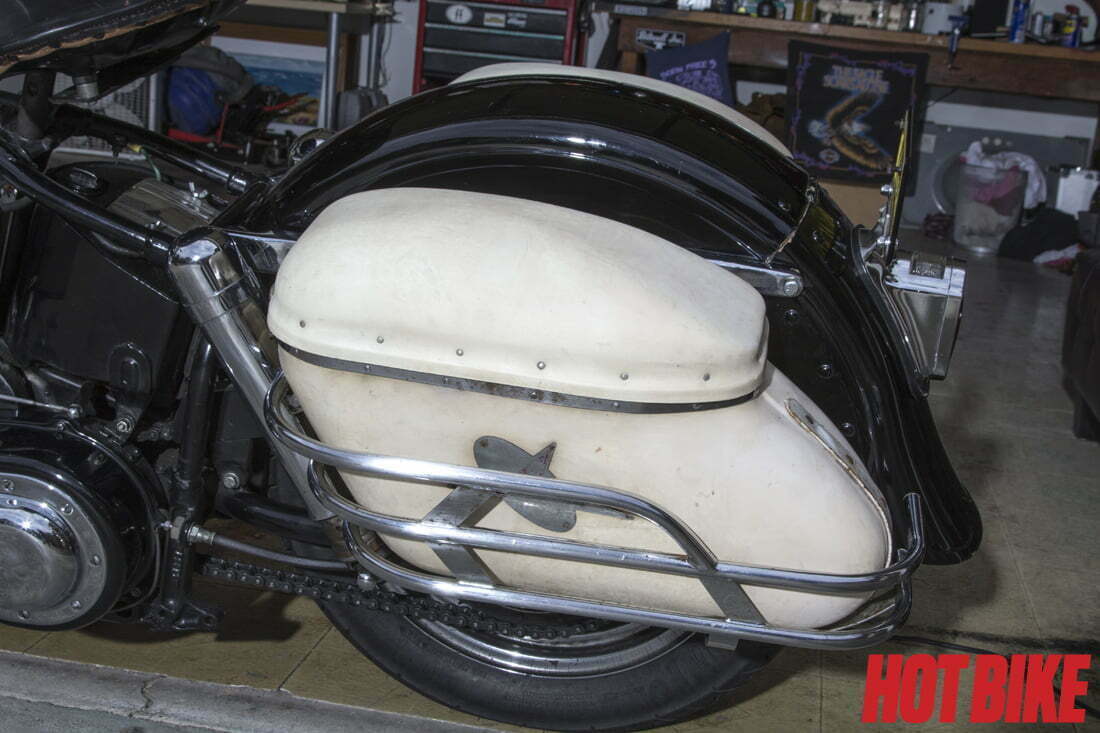 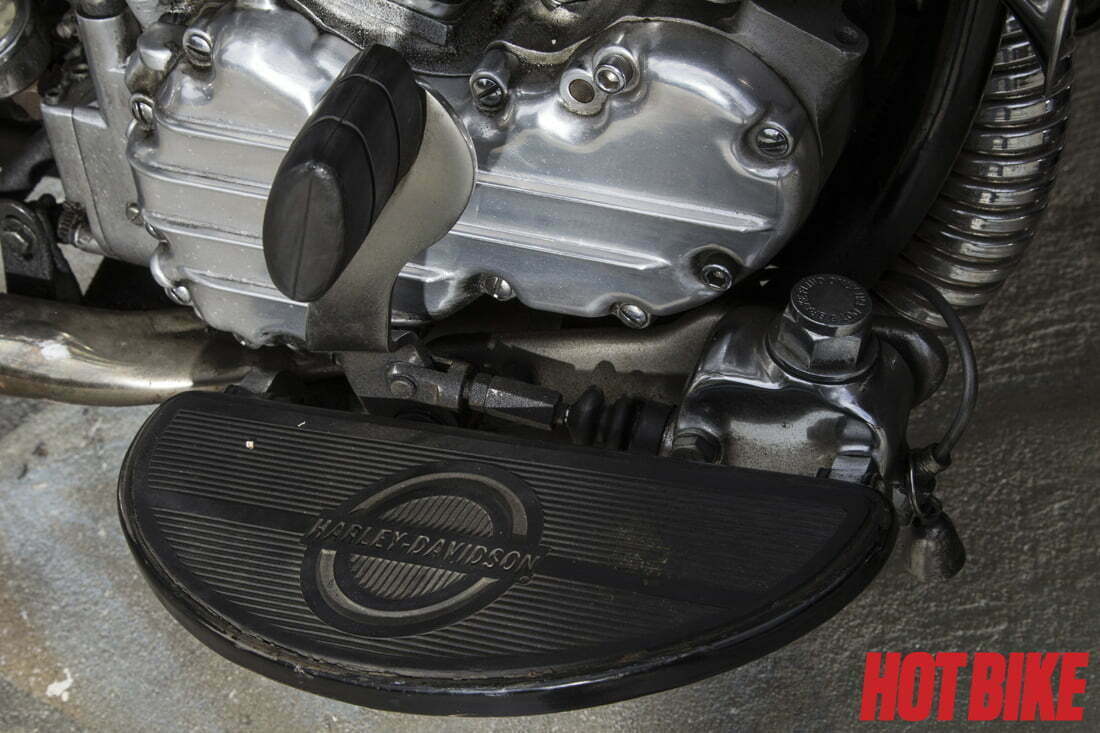 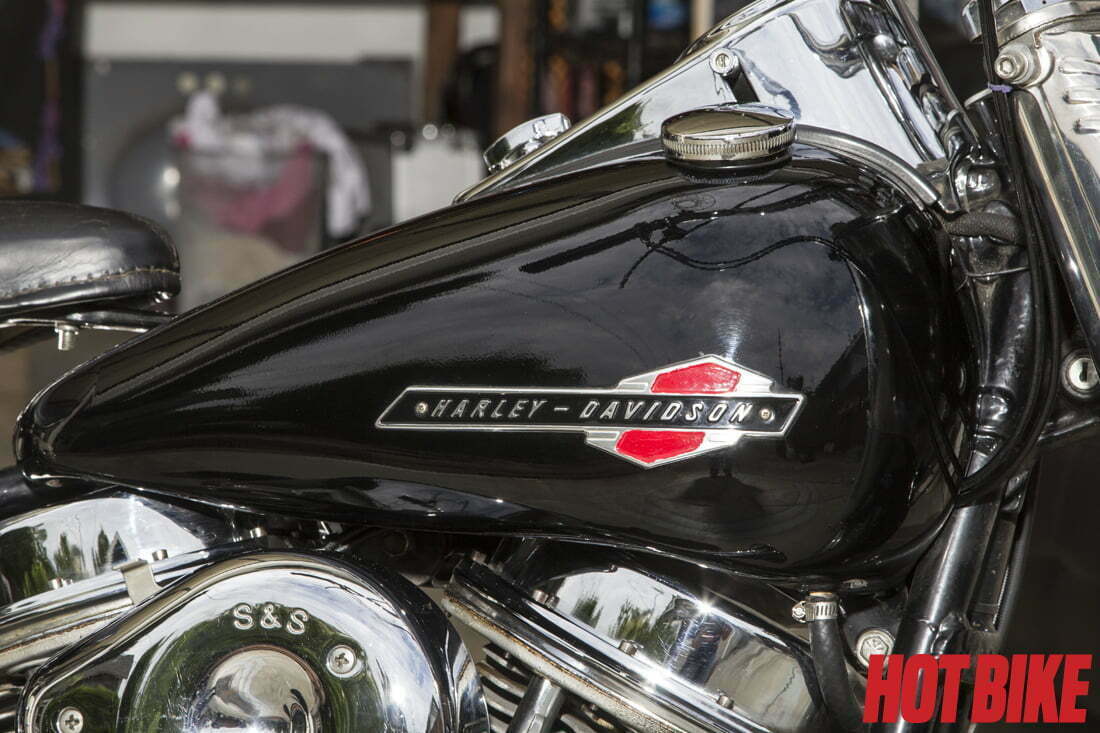