The highest-placing American bike at the 2018 AMD World Championships

The journey started back in 2016 with a victory at the Championship of the Americas, a big custom bike battle held at the AIMExpo when it was still in Orlando, Florida. The win earned Jordan Dickinson of Union Speed and Style an all-expenses-paid trip to the prestigious 2018 AMD World Championship of Custom Bike Building in Cologne, Germany. The victory doesn’t come without high expectations though. Fortunately, Dickinson’s skills are world-class and his entry into the 2018 AMD competition was pure Americana, from its 74ci Knucklehead engine to the bike’s styling cues, which were inspired by vintage Harley hill climbers and racers. And while many of the AMD Freestyle entries emphasize form more than function, Dickinson’s 1947 EL is undoubtedly a runner.

Union Speed and Style’s Knuckle is so tight that it’s easy to overlook the bounty of handmade parts, from the hardtail frame to the twin pipes to the tins. The fact that Dickinson hammered the gas and oil tanks, dash piece, fender, and fender struts by hand out of rolled sheet steel makes you appreciate his work even more. You’d be hard-pressed to find a tidier set of handlebars than those on this custom EL. 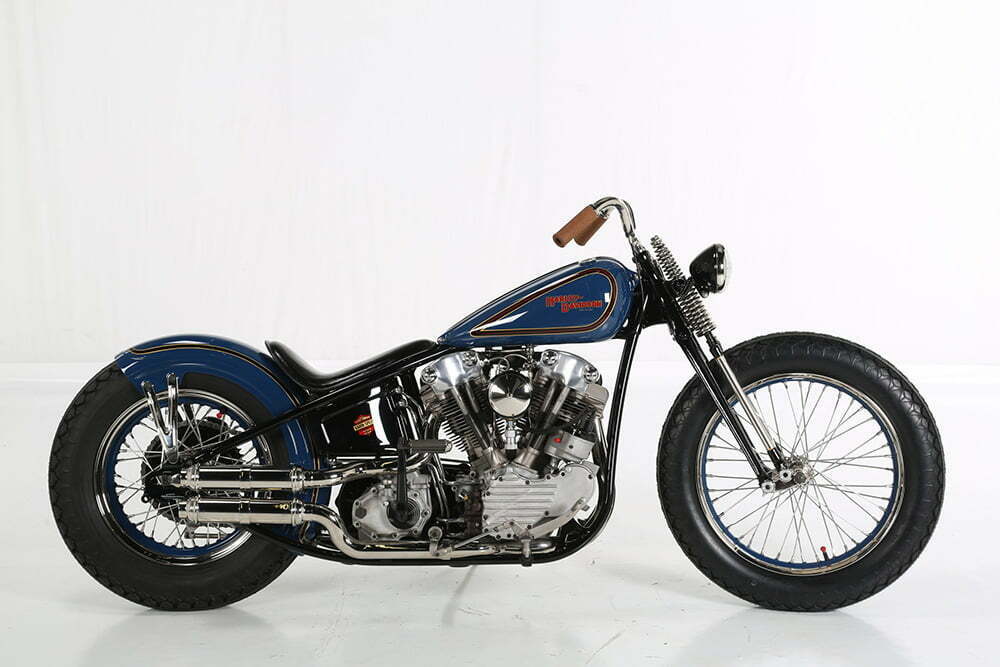 Jordan Dickinson’s entry in the 2018 AMD World Championship is handcrafted to have the feel of a 1940’s concept bike that never happened.

Since his work would be representing American custom builders at the AMDs, Dickinson believed it was important to share the progression of the build, so he chronicled it on Facebook. Some of his excerpts demonstrate both the insane amount of work he put into the build and the thought processes behind it. 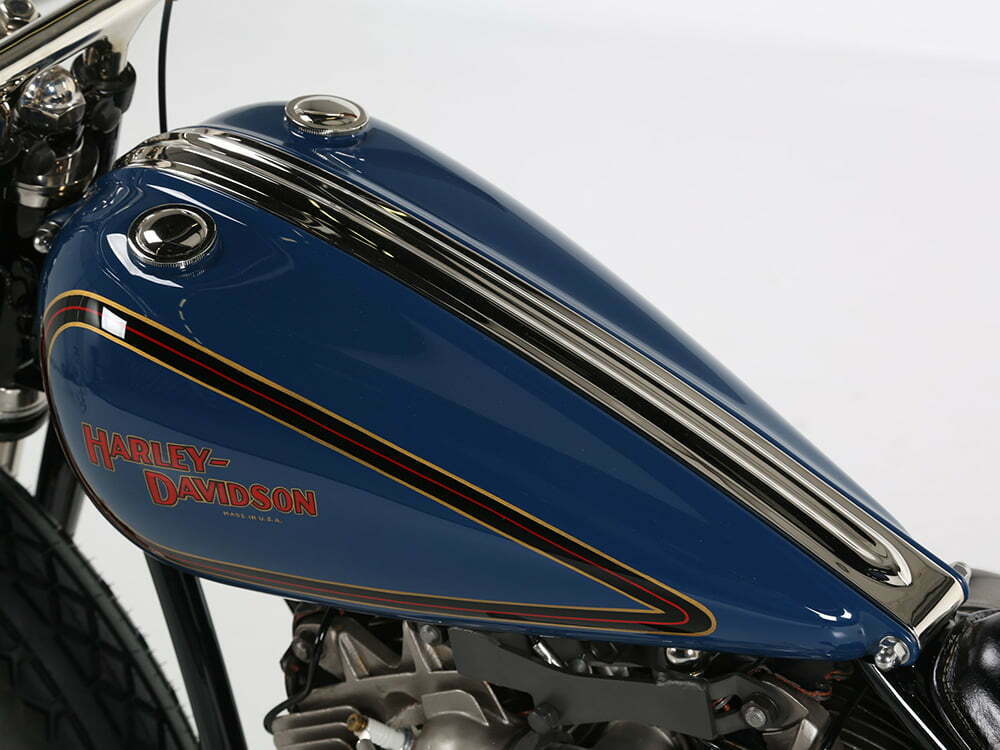 “I originally started building this bike for Born-Free 7 to display in a bare metal state and showed it like that for a couple years until the timing was right to finish it completely. At any rate, we started by making a one-off frame that was inspired somewhat by the Joe Petrali Knucklehead land speed bike. We made all of the ‘forgings’ to look similar to what would be found in that era and put our spin on a new one-off design. 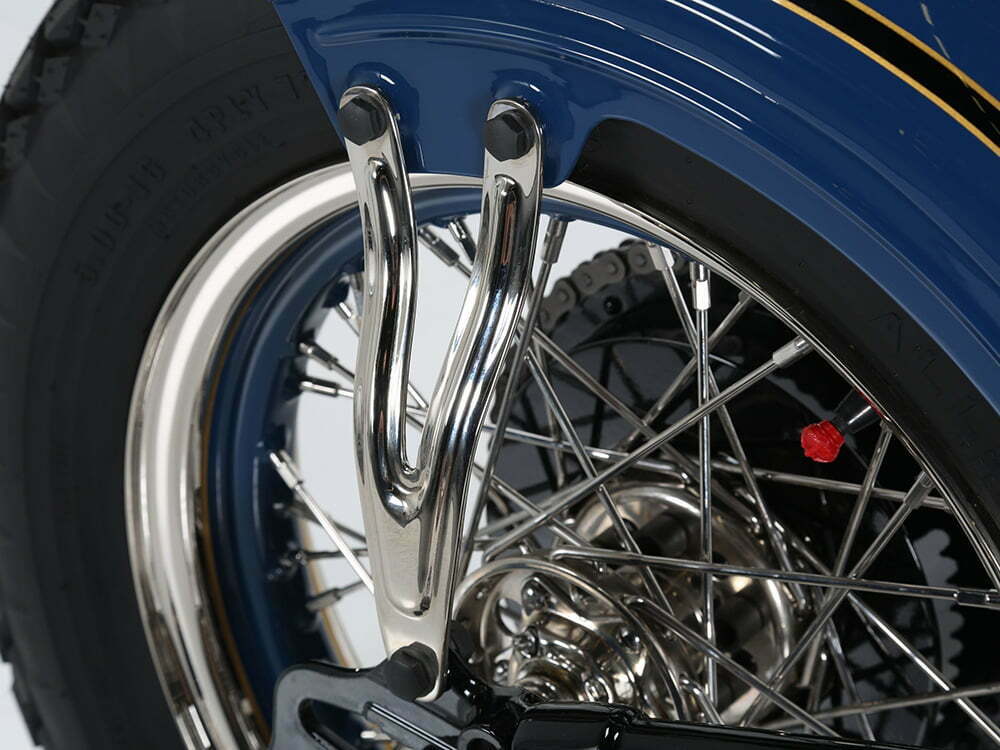 “The only component on the bike that was a factory component (outside of the engine and transmission) was this VL fork that we narrowed. @oohhello got involved with the build and drew up a set of fork components for the rear legs just like originals except about 1 inch narrower than stock. Then I had my good buddy @pearsoncustoms machine the pieces out. After he was all done I welded the components together and textured them up to look like factory forgings and welded the rear fork legs back together. The front fork legs were narrowed and textured back out as well. 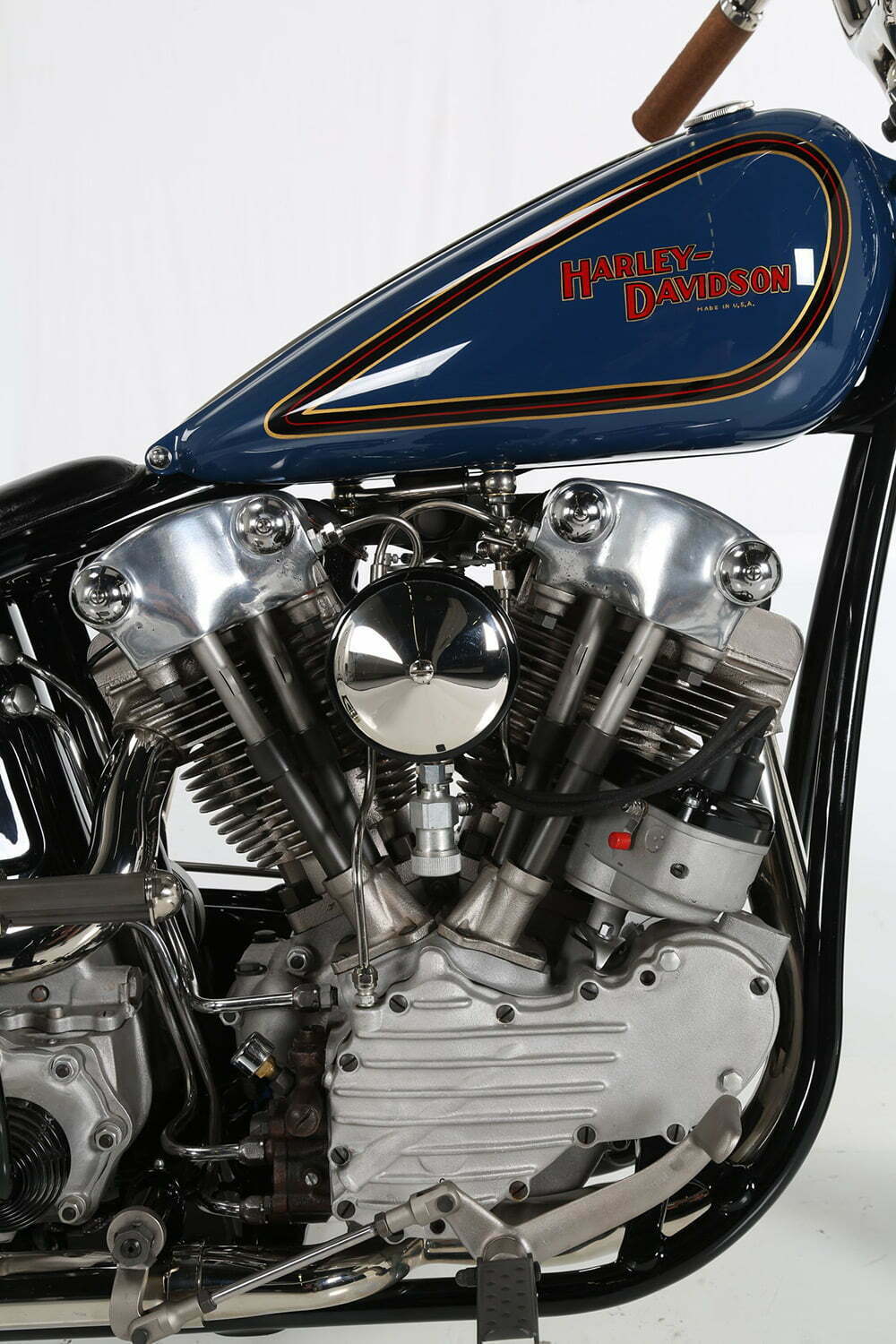 Union Speed and Style’s “SourKraut” is a runner, with a functioning 74ci Knucklehead engine at the heart of it all.

“Most people will probably think that’s a factory fender. The fender is completely handmade from regular cold rolled steel sheet. But if you know old Harley tin, you see a mash-up of styling from JD-era side skirts (hence the bead) and a simplistic Knucklehead-style edge flange. I kept the fender more of a bob job because I still wanted it to fit like it should for a custom bike, short and tight. The fender struts I wanted to look like a pressed or formed piece of flat stock… They too were hammered out of flat sheet steel.” 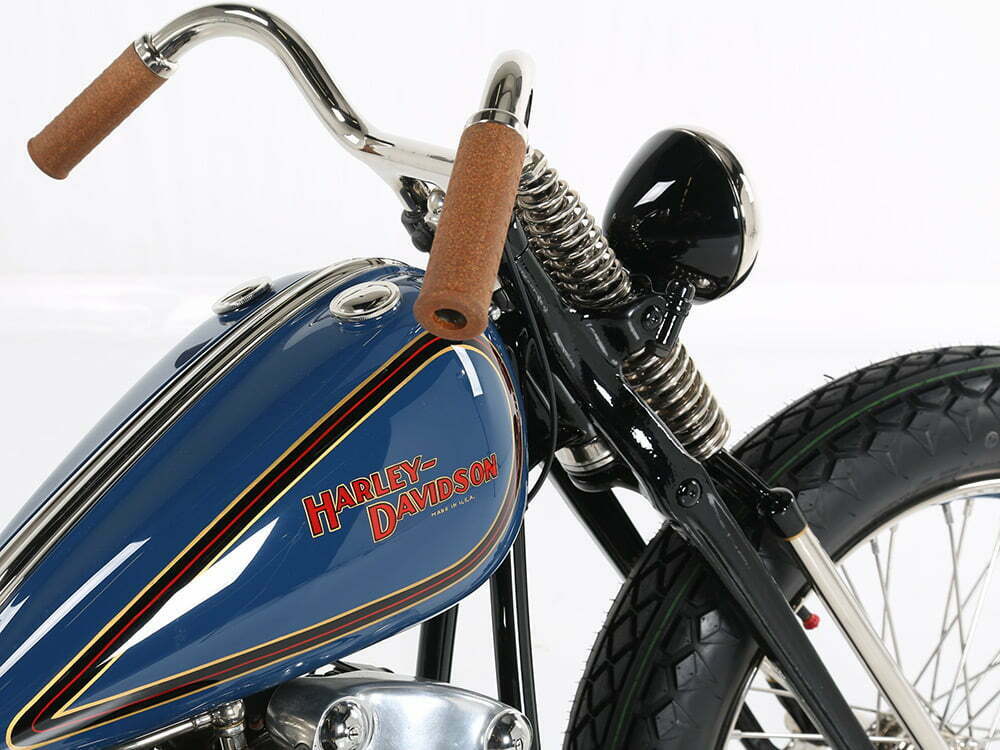 The frame and all components are handmade. Dickinson says the front end is a factory Harley VL that was narrowed 1 inch by machining new connecting braces.

Although Union Speed and Style ended up taking eighth place in the Freestyle class at the 2018 AMD World Championship of Custom Bike Building, Dickinson said the experience was amazing, and that the show was much bigger than expected. To be named in the same breath as the top 10 builders in the world speaks volumes about the caliber of Dickinson’s work. 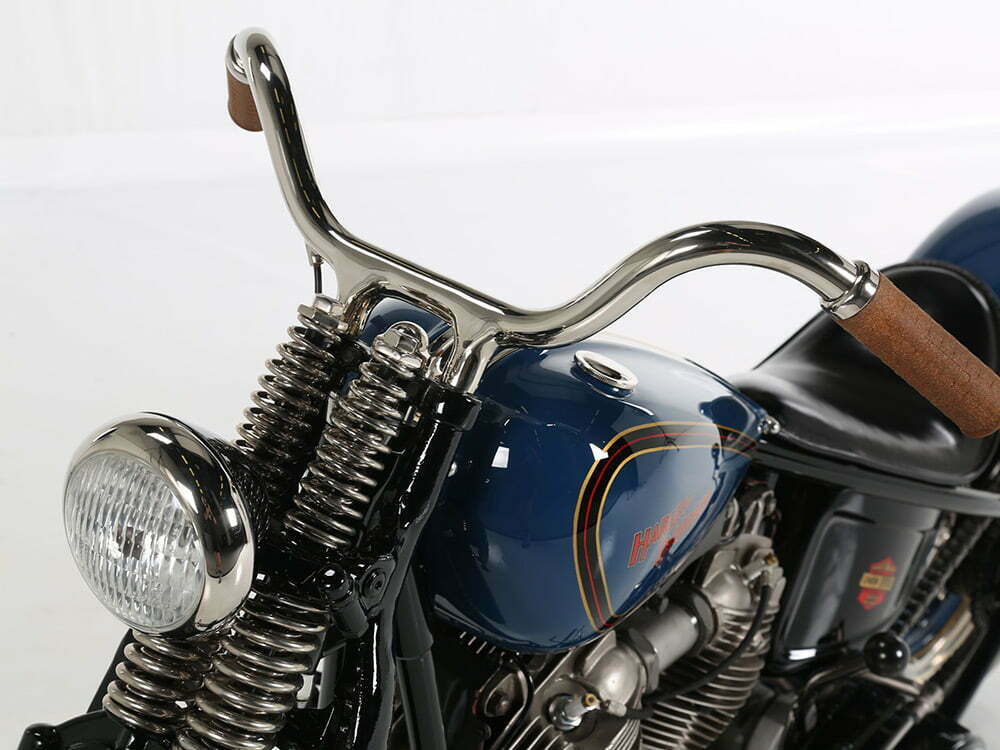