Assault with Intent to Thrill 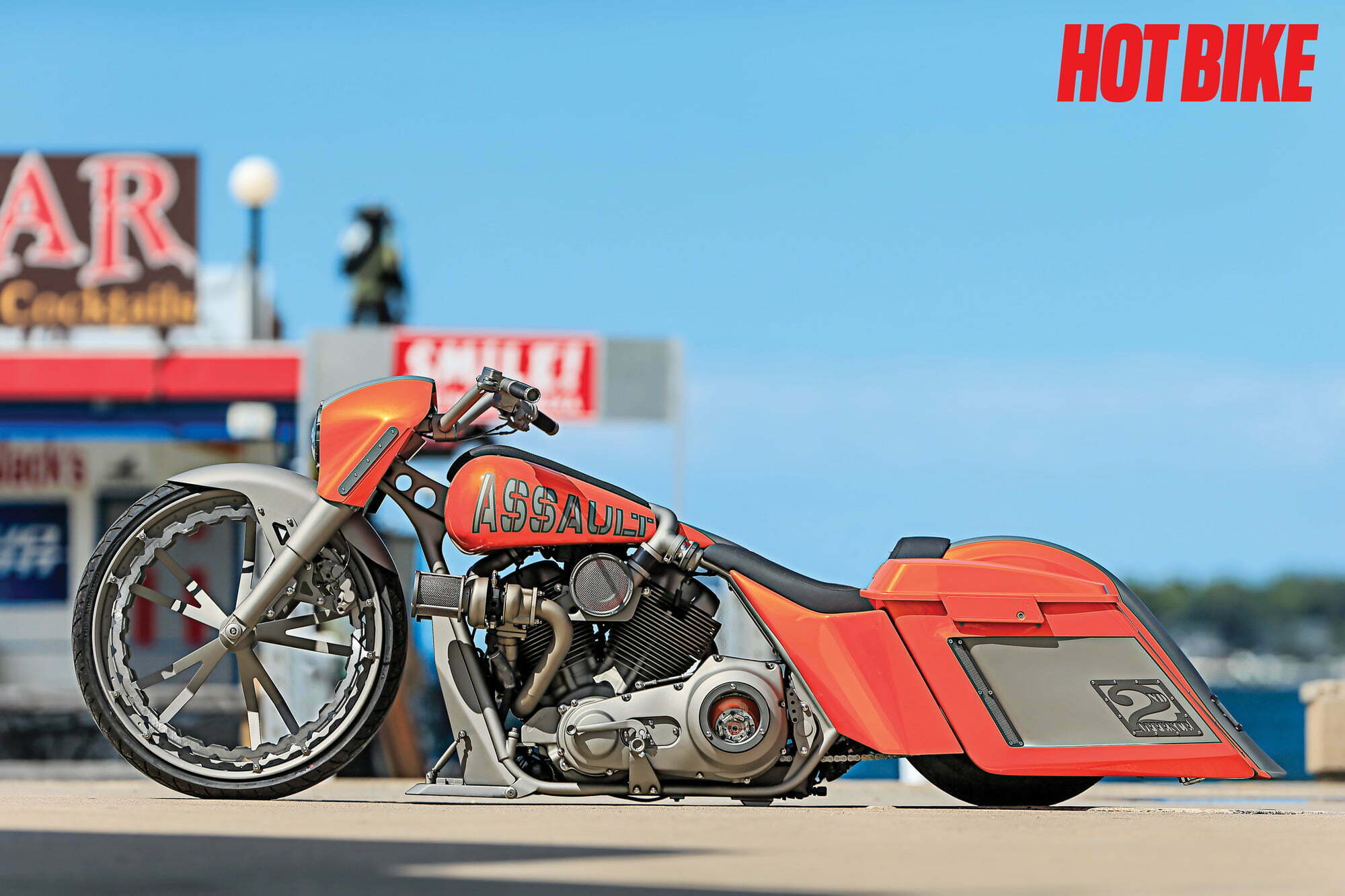 Saying Nick Trask has a thing for speed is like saying Hannibal Lecter likes having people over for dinner. Both comments embody gross understatement. One guy deals with motor oil instead of olive oil though.

Nick Trask is known throughout Harleydom for his ballsy Trask Turbo units. Tack on his years of experience with Harley and S&S iron and you have a cocktail for a badass powerplant—just like the one in Nick’s 2015 Baggers Invitational Build-Off machine. It’s also known as Second Offence because it’s the second child in Nick’s Assault Series of bikes. Nick’s buddy, Rick Distefano, shares his speed addiction. Second Offence was created to sate Rick’s horsepower hunger. Powered by a 132-inch S&S X-Wedge mill, it was practically dragrace ready even without the custom twin turbo setup Nick conjured up for it.
Tuning that turbo to run just right with the twin turbo gave Nick Trask fits, but he conquered that task in the end. 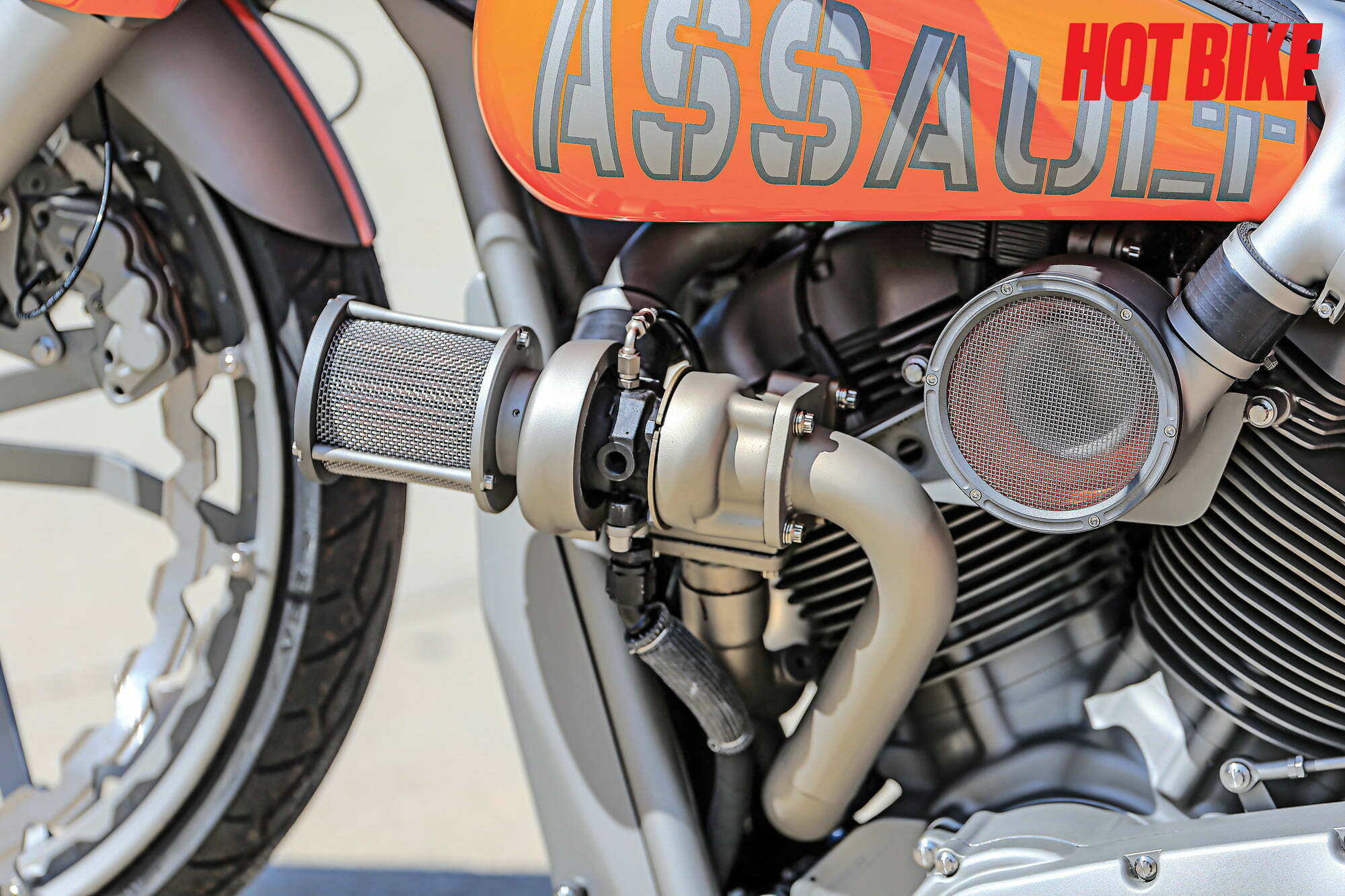 The rest of Second Offence oozes power too. It’s an aggressive bagger built for hard charging. Nick mated the X-Wedge heart with a Rolling Thunder FL skeleton. The frame’s lines set the angry profile for Second Offence. You don’t usually think 26-inch wheels when you think hard-riding bagger, but Misfit’s short-neck setup keeps it at optimal rake for running a wheel this size. Trask ran a Buell dual six-piston brake set on it to rein this wild ride in as needed. Nick takes personal pride in that wheel, characterizing it as both unique and functional. Meaty 41mm forks don’t hurt the bike’s muscular pedigree either.

For as sweet as the front hoop is, Second Offence’s bodywork is every bit as masterful. Nick Trask utilized one of his Speed Glide rear fenders and saddlebag sets, but the front fender is unique to this motorcycle. One-off side covers bracket a solo seat so small it almost looks like a dragracing saddle. Trask’s custom gas tank sits low on the backbone, forming the perfect straight line between the seat and the V-line handlebars. Where most touring bikes run larger fairings, Nick fabricated a headlight nacelle for a little color up front. 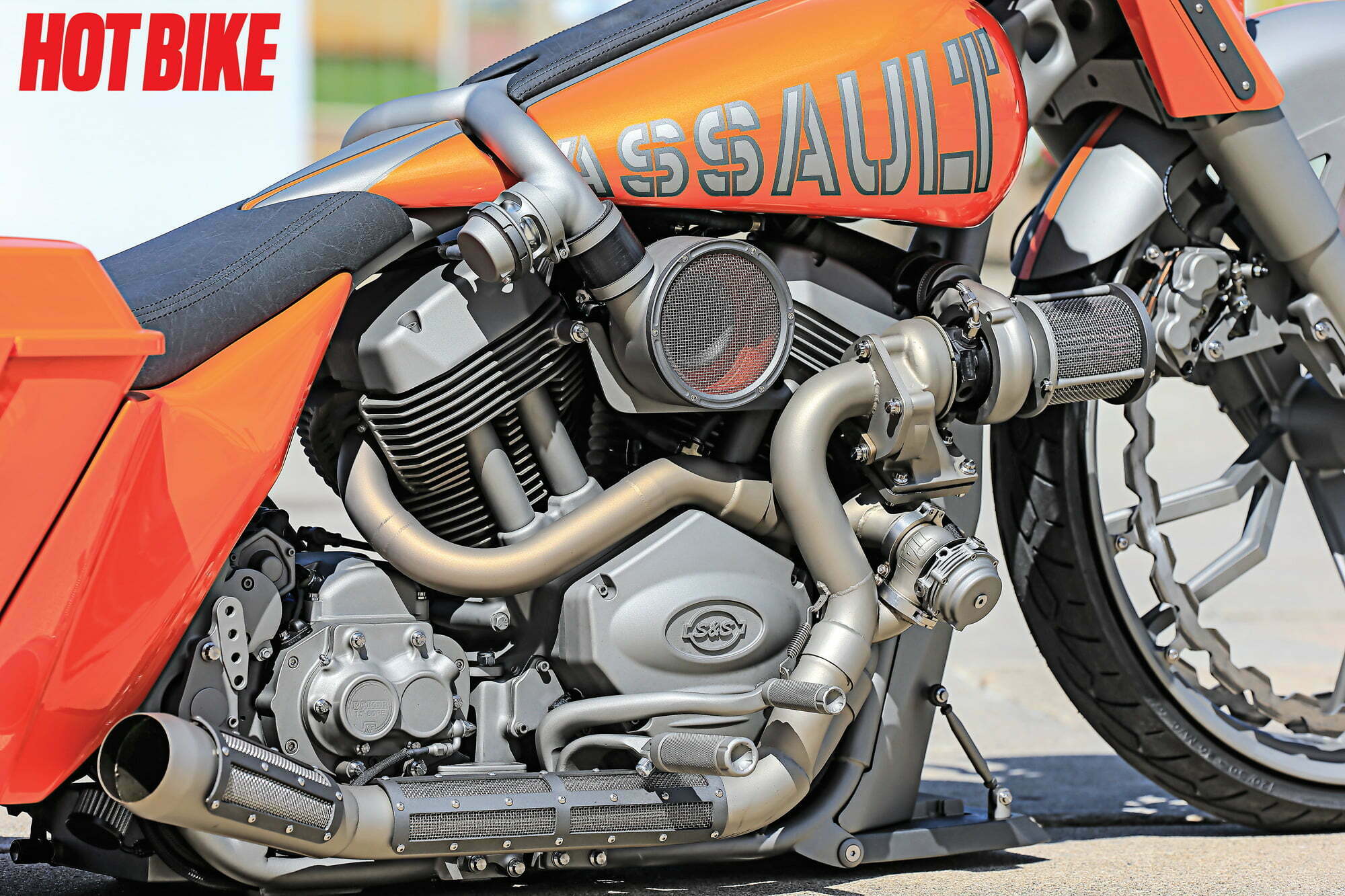 The overall effect from all this hard work: a modern bagger that’s the lovechild of chopper minimalism and hot rodding. With as much work that Nick Trask lavished on Second Offence, calling it a custom bike might be just as understated as saying he has a thing for speed. 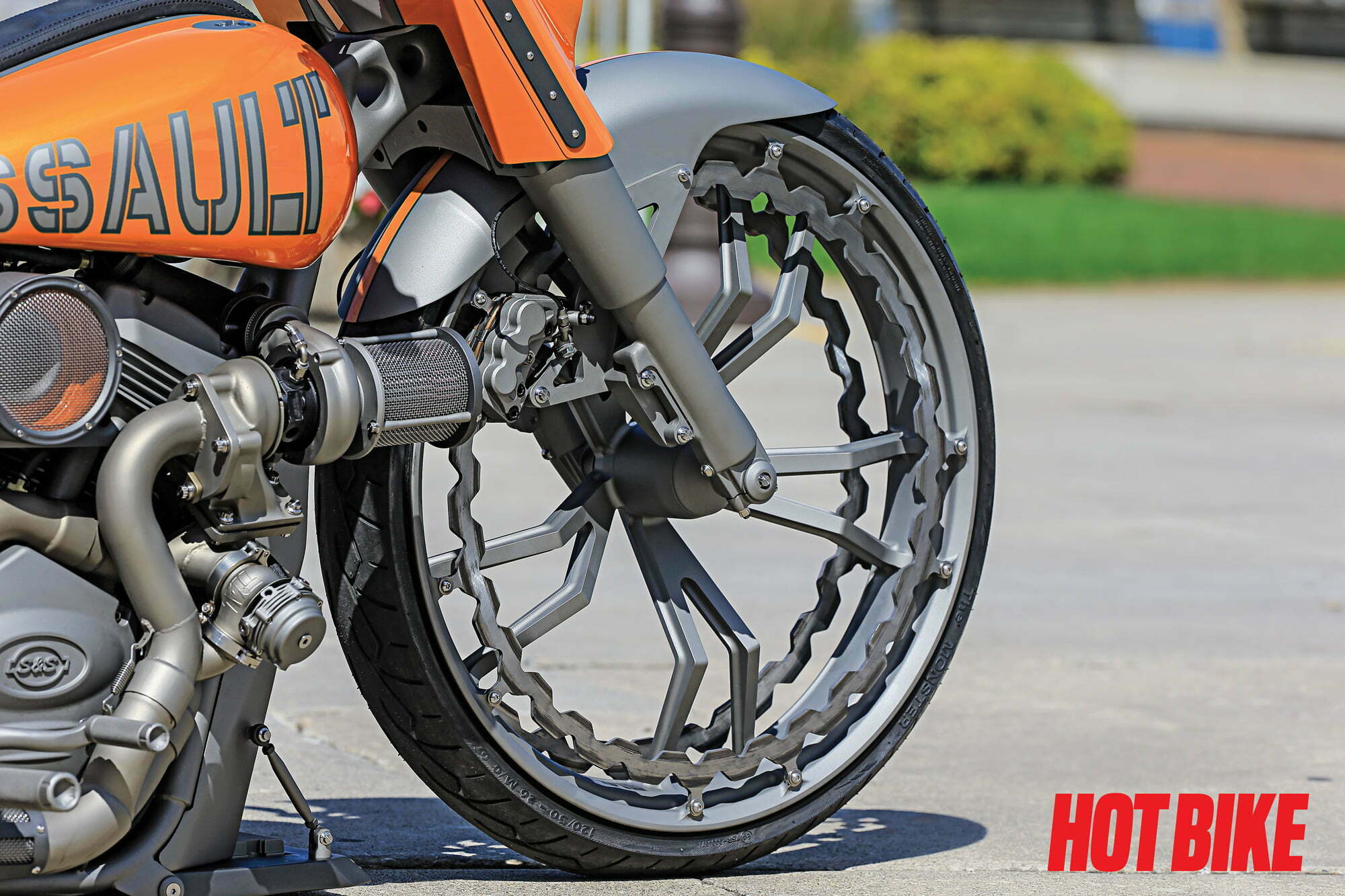 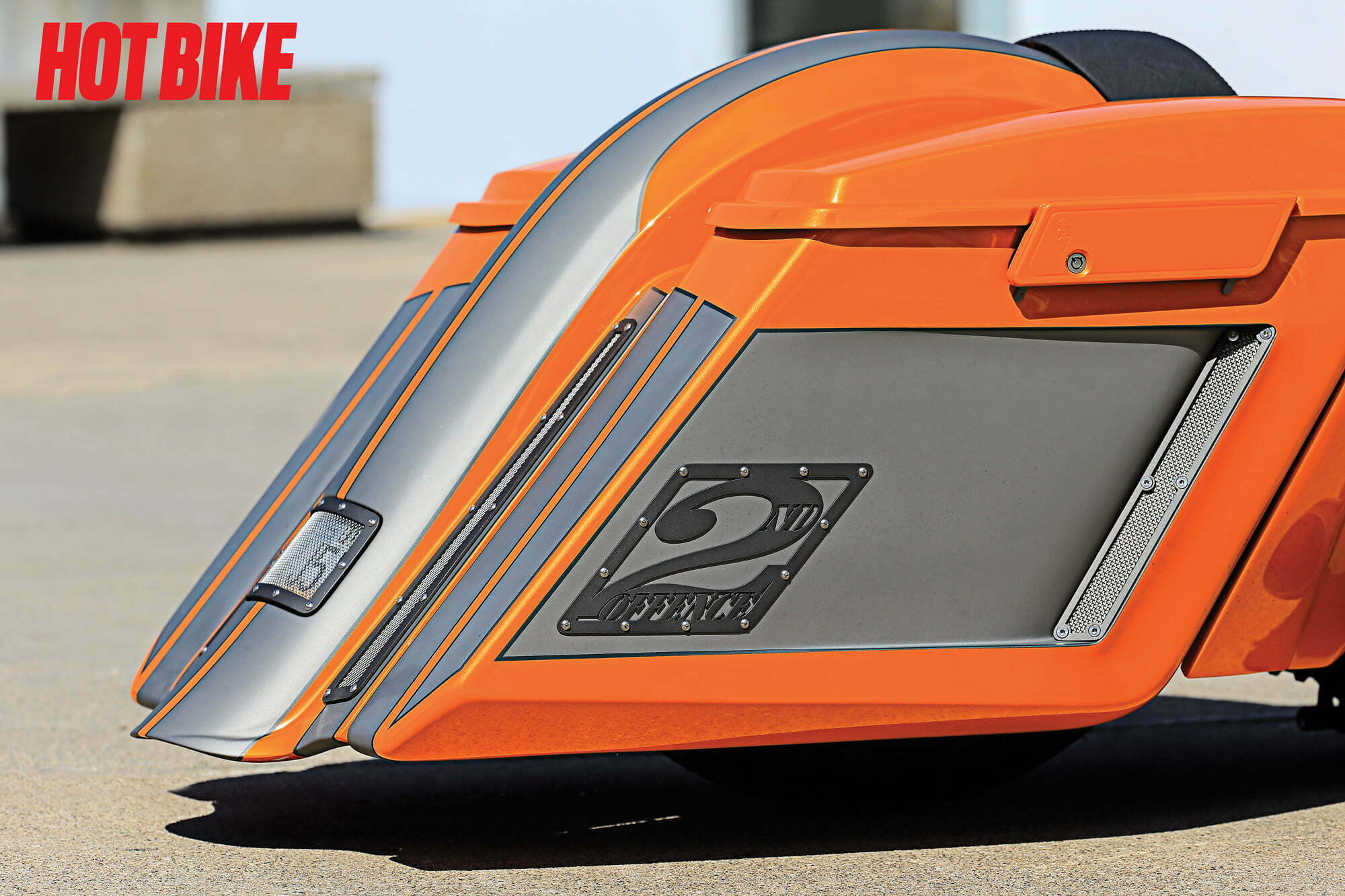 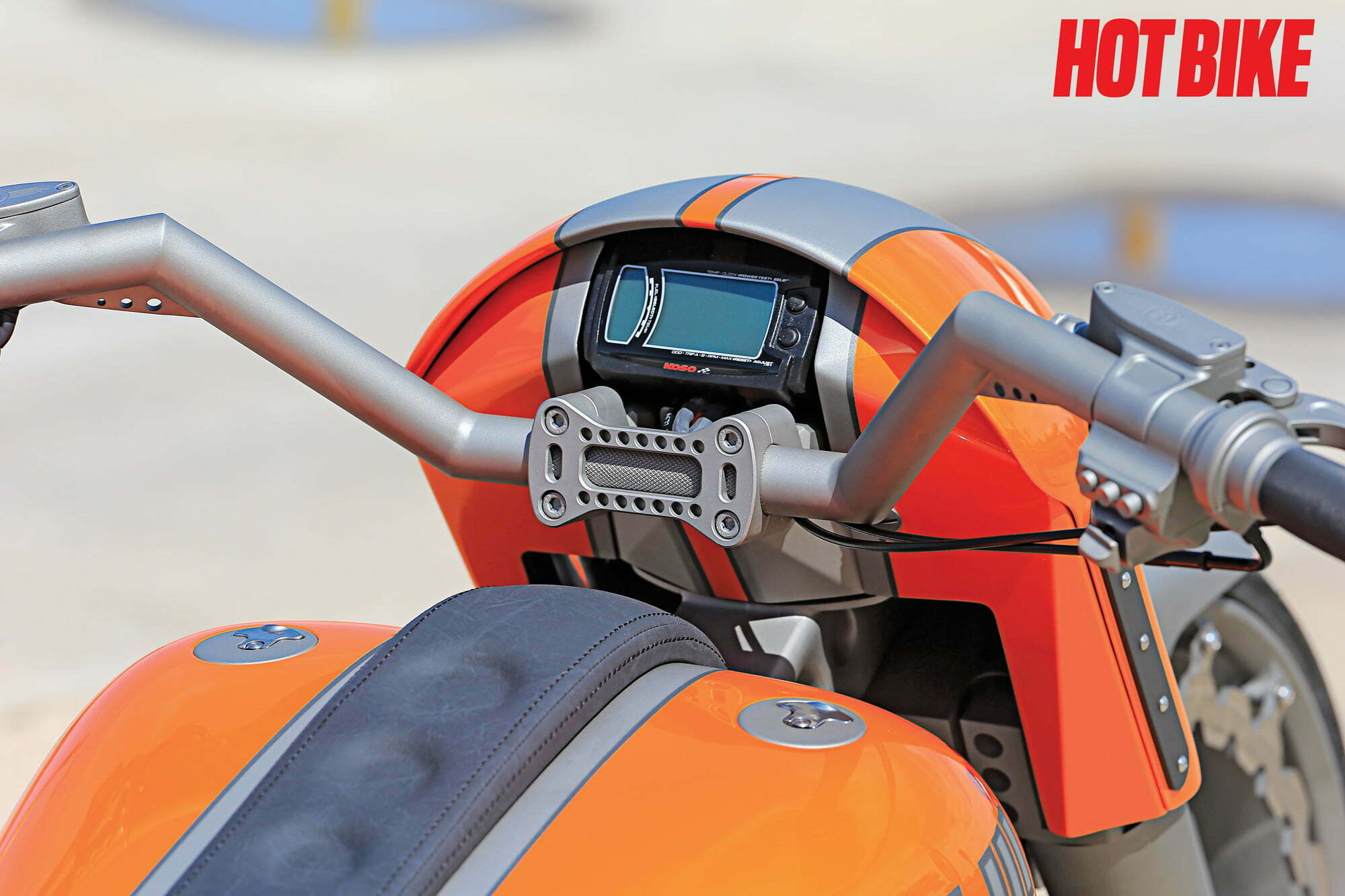 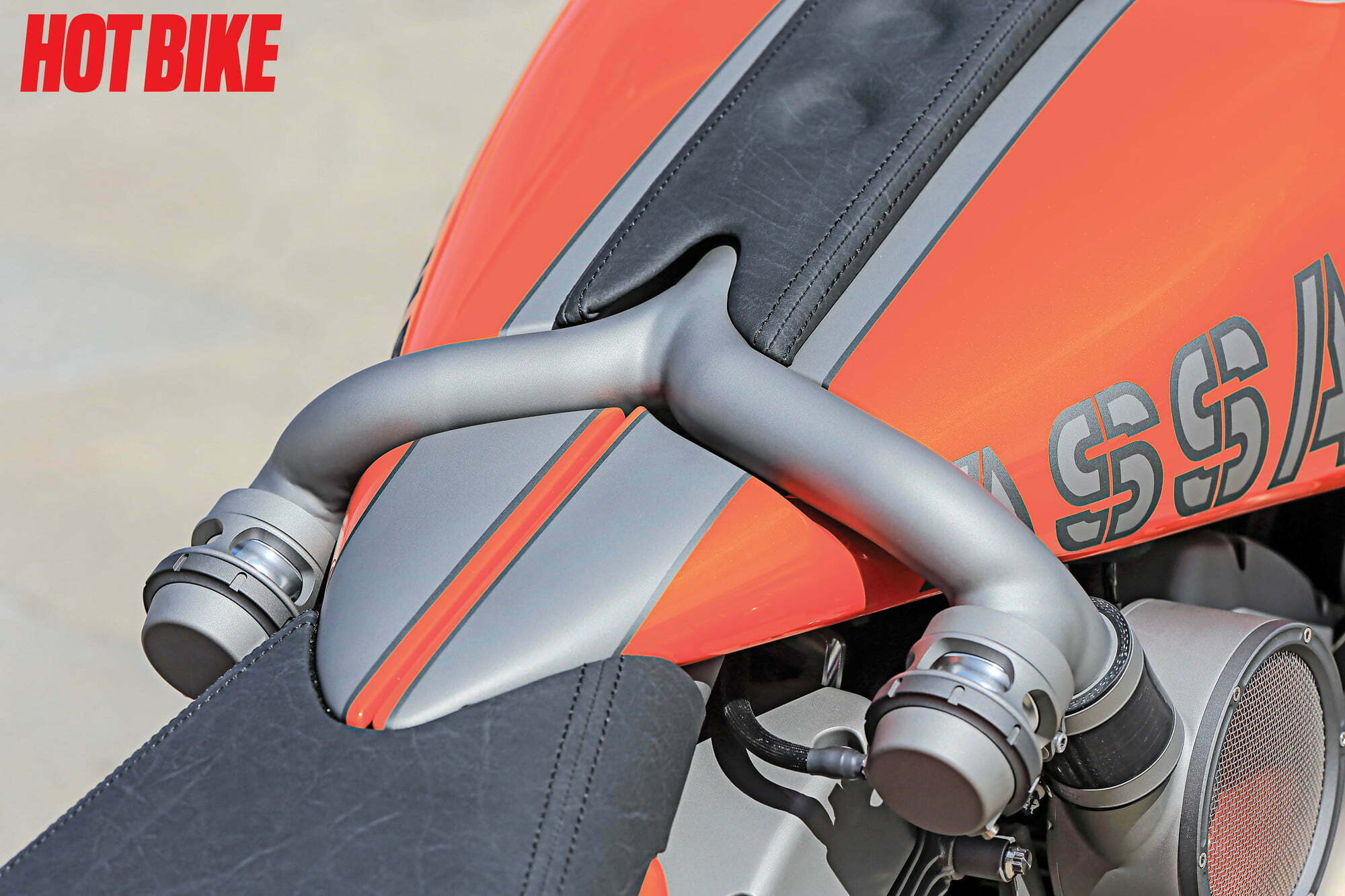 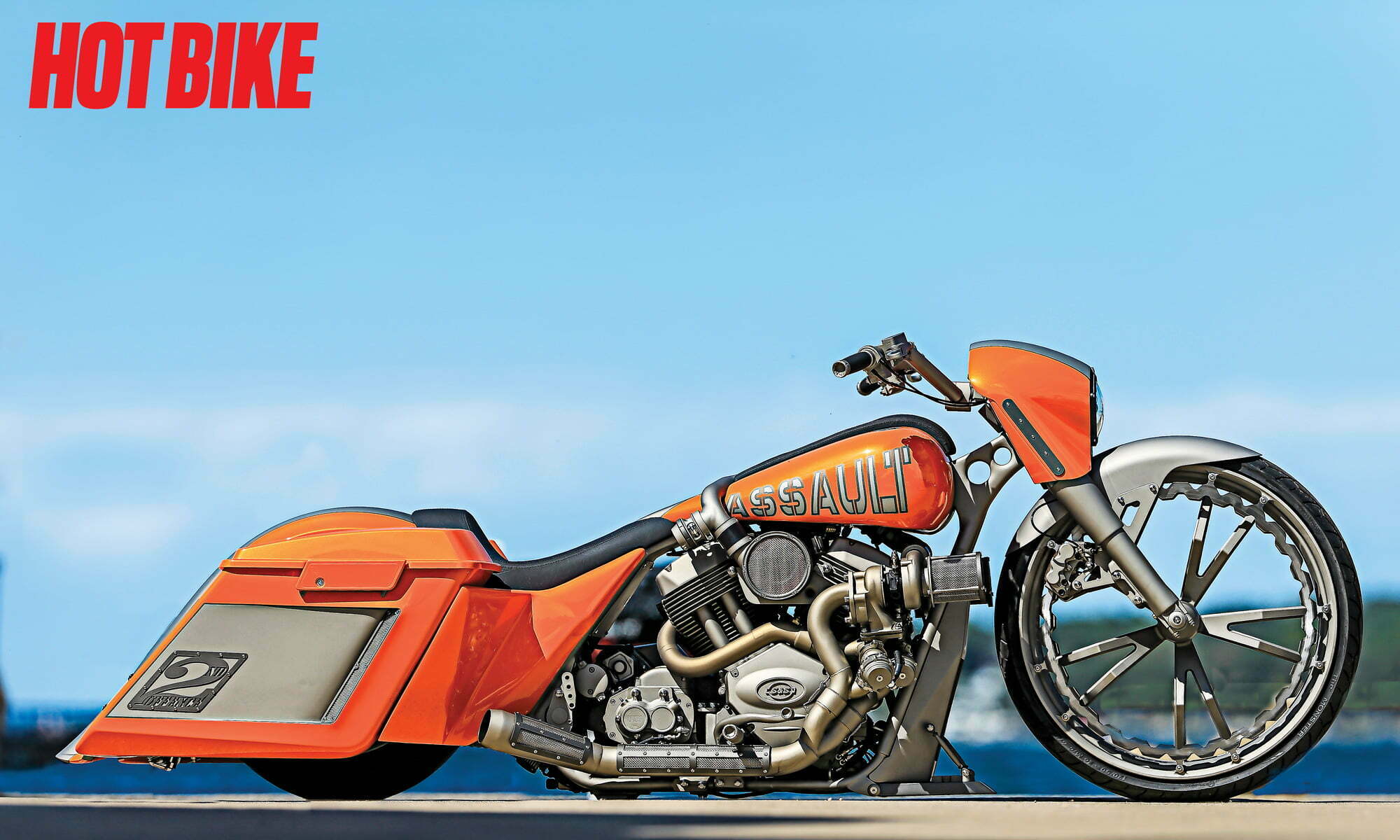 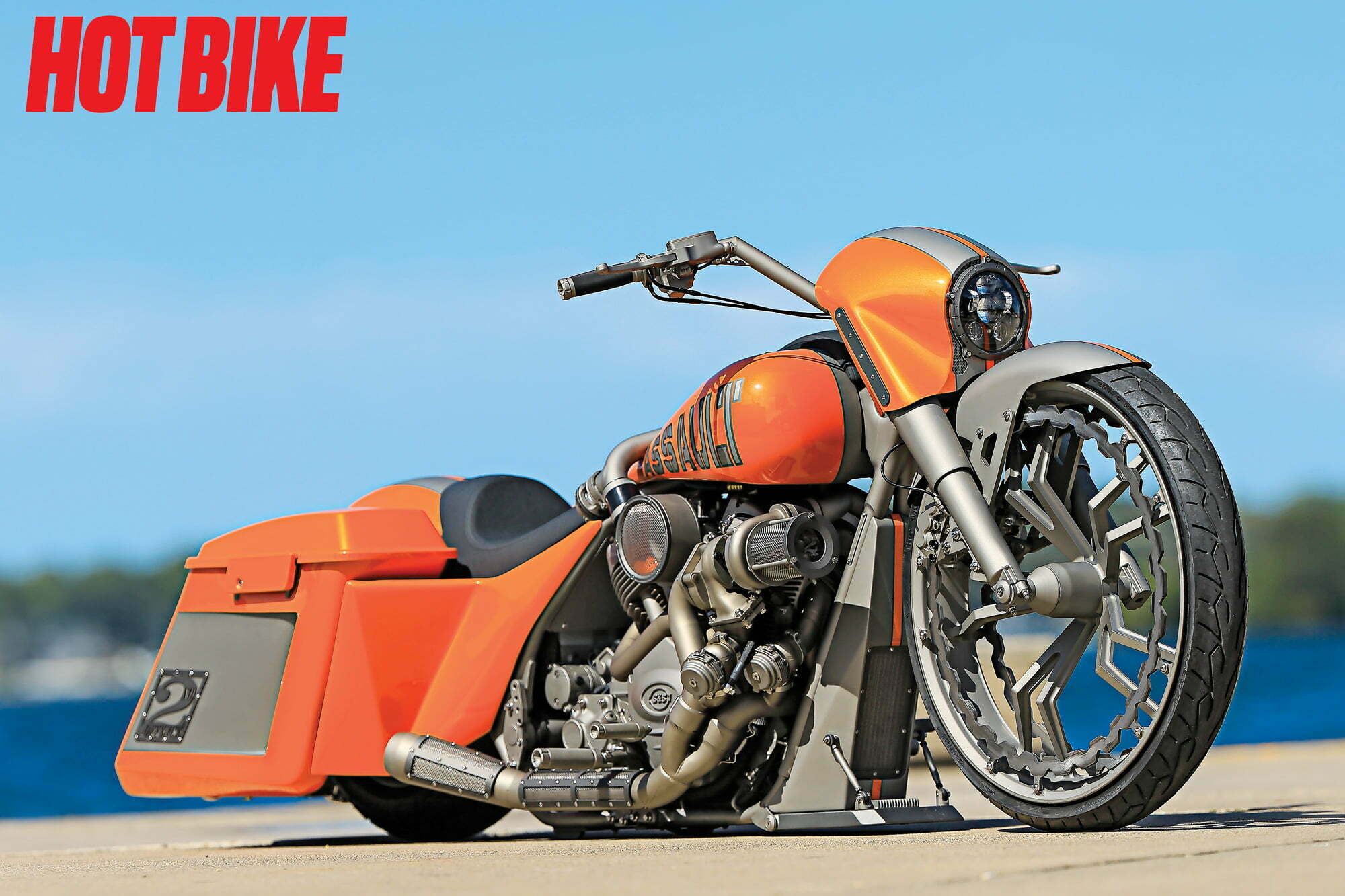 Get the all the latest issues of Hot Bike magazine! Subscribe directly from us.