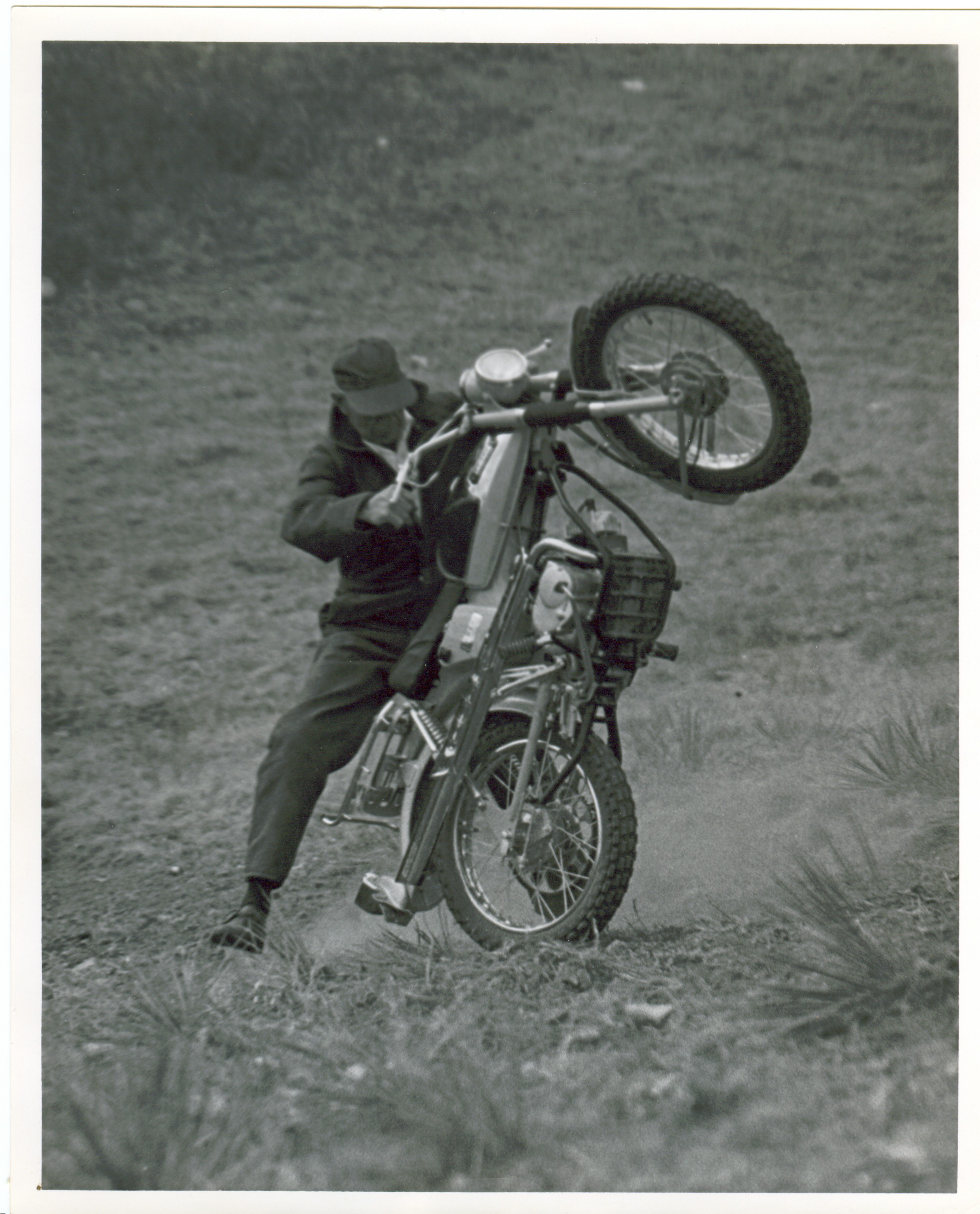 More than any other individual, except maybe his wife, J.C. “Pappy” Hoel is responsible for giving us the greatest motorcycle event in the world: the Sturgis Rally and Races. Not only was Pappy a racing promoter, he also raced bikes and operated a dealership right in town. The man walked the walk and talked the talk.

Way back in 1938, he gave the world what would grow into America’s most famous motorcycle event. That’s when he and Jackpine Gypsies Motorcycle Club hosted a Gypsy Tour through South Dakota’s beautiful Black Hills. It kicked off in the summer as “The Black Hills Motor Classic.” That first rally pulled in 200 participants. Which was good, because Pappy and his wife, Pearl, provided camping for it in their backyard behind their Indian Motorcycle Shop on Junction Avenue in town. Pearl Hoel and the wives of other charter club members even made food for the event: sloppy joes, hot dogs, potato salad, and watermelon. One of the big highlights from that first Sturgis event was the dirt track race, which was one by Indian rider Johnny Spiegelhoff. 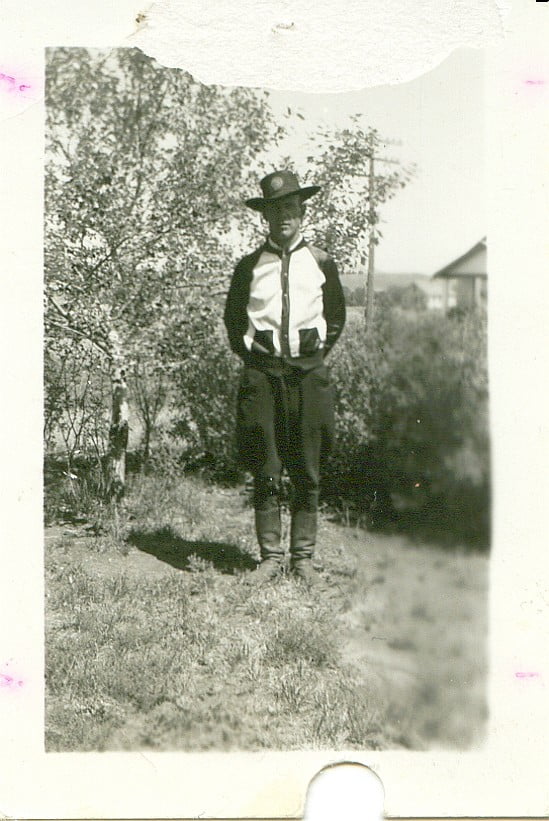 Born in South Dakota on May 30, 1904, Pappy Hoel started off in a business far removed from race tracks and burning rubber: ice. The Hoel family supported itself in the ice trade but when a little thing called a refrigerator started making its way into more and more homes, a young Pappy Hoel saw the writing on the wall; the ice business was thawed out. Hoel purchased his Indian franchise in 1936 and set up shop in Sturgis. A year later, he founded the Jackpine Gypsies Motorcycle Club. Now he just needed an event to drum up business. He got it when they held the Sturgis rally in `38.

Two hundred attendees is a far cry from the over half a million riding enthusiasts who make their way to Sturgis every August nowadays. That said, the event grew quickly with each passing year. In `39 it quadrupled to over 800 riders. A lot of that expansive growth is owed to Pappy’s charisma and vehement love for motorcycles. His nickname came from the dozens of people he recruited to the sport over the years. In 1947, he sold more Indian motorcycles per capita than anyone else in the United States.

For Pappy Hoel, the emphasis of the rally was always on racing. Under his direction, the club added scrambles (later motocross) and hillclimbs as well as the traditional flat track events to the yearly lineup. 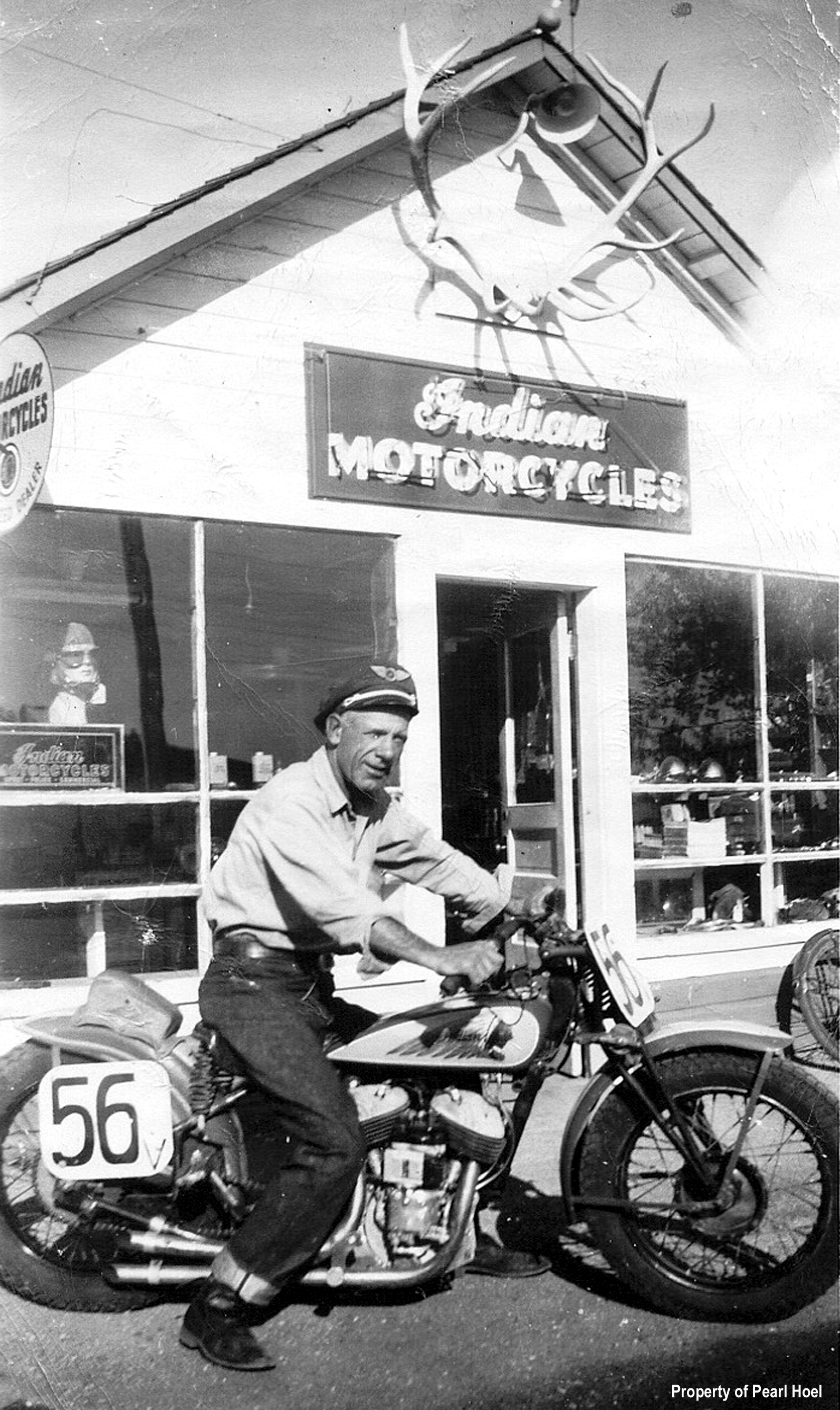 Hoel and his Indian dealership back in the day.

When Indian went belly up in the 1950s, Hoel didn’t stop selling bikes. Instead, he branched out into other lines, eventually dealing in Yamaha motorcycles.

Two decades later, when so-called outlaw bikers became a presence at the rally, the Sturgis city officials suggested that Hoel ban the outlaw gangs from the rally. He wouldn’t do it since in his opinion the bikers weren’t doing anything wrong. To him, motorcyclists were motorcyclists.

There was much more to Hoel and the Jackpine Gypsies than the rally, though. They carried their share of civic duty and then some. When the City of Sturgis wanted to build the Sturgis Community Center and its parking lot, they group donated thousands of yards in fill dirt.

They’ve served in the Sturgis Chamber of Commerce and Hoel himself won a lot of citations from civic and tourism groups for the good work that he and the Gypsies have done locally. In 1983, his work was formally recognized not just by the American Motorcyclist Association with a Dud Perkins award, but also by South Dakota proper: August 14th of that year was officially dubbed J.C. “Pappy” Hoel Day in the state.
August 14, 1983 was even proclaimed J.C. “Pappy” Hoel Day in South Dakota.

By the time Pappy passed away in 1989 at age 84, the rally he and the Jackpine Gypsies started so long ago was so big they couldn’t run it. The event was drawing around 100,000 people each year and it was time for the city itself to take the reins. Since then, Sturgis has continued to entertain and grow but if you’re there reading this right now, you’ve probably figured that out for yourself.

Special thanks to the Sturgis Motorcycle & Hall of Fame Museum for use of their images.

Get the latest on the city’s plans for the Sturgis rally here!