Which is more bulletproof: S&S Cycle or the V-twin engines it makes? At 60 years old, this company that’s the pillar of the aftermarket community might be old enough to order off the senior’s menu at Denny’s, but let’s just say it looks extremely good for its age.

Life in the motorcycle industry isn’t always easy for parts companies or the big manufacturers either. Recessions hit, fads come and go, and along the way many a shop has lived and died during the last six decades. But regardless of what was popular at the time—be it fat-tire choppers, big-wheel baggers, or pro street customs—S&S engines and parts have been there along the way. Chances are you already know most of this though because you’ve seen S&S-powered customs and racebikes everywhere, just like we all have.

When it came time for S&S Cycle to celebrate six decades in business, it came up with something pretty cool: a limited-edition anniversary engine. Why? Because you don’t get to be a leader in high-displacement iron without going big. As S&S President Paul Langley put it, “We’ve always wanted to do a brushed-nickel finish, but realized it would be tough to do in quantity, so we’re only building 60 of these and will never make them again.”

If you want to nab one for yourself or just find out more, check out the details here. 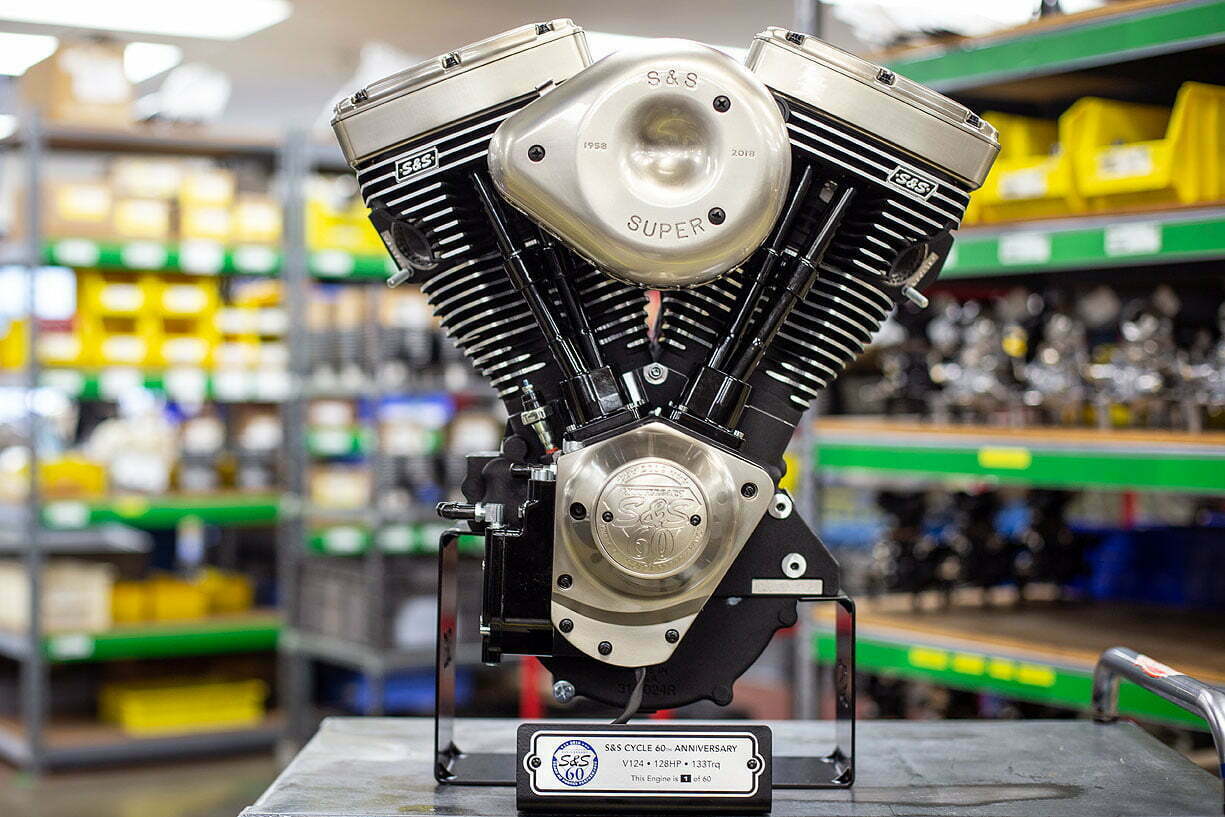 What sort of bike would you build around a nickeled-out engine? 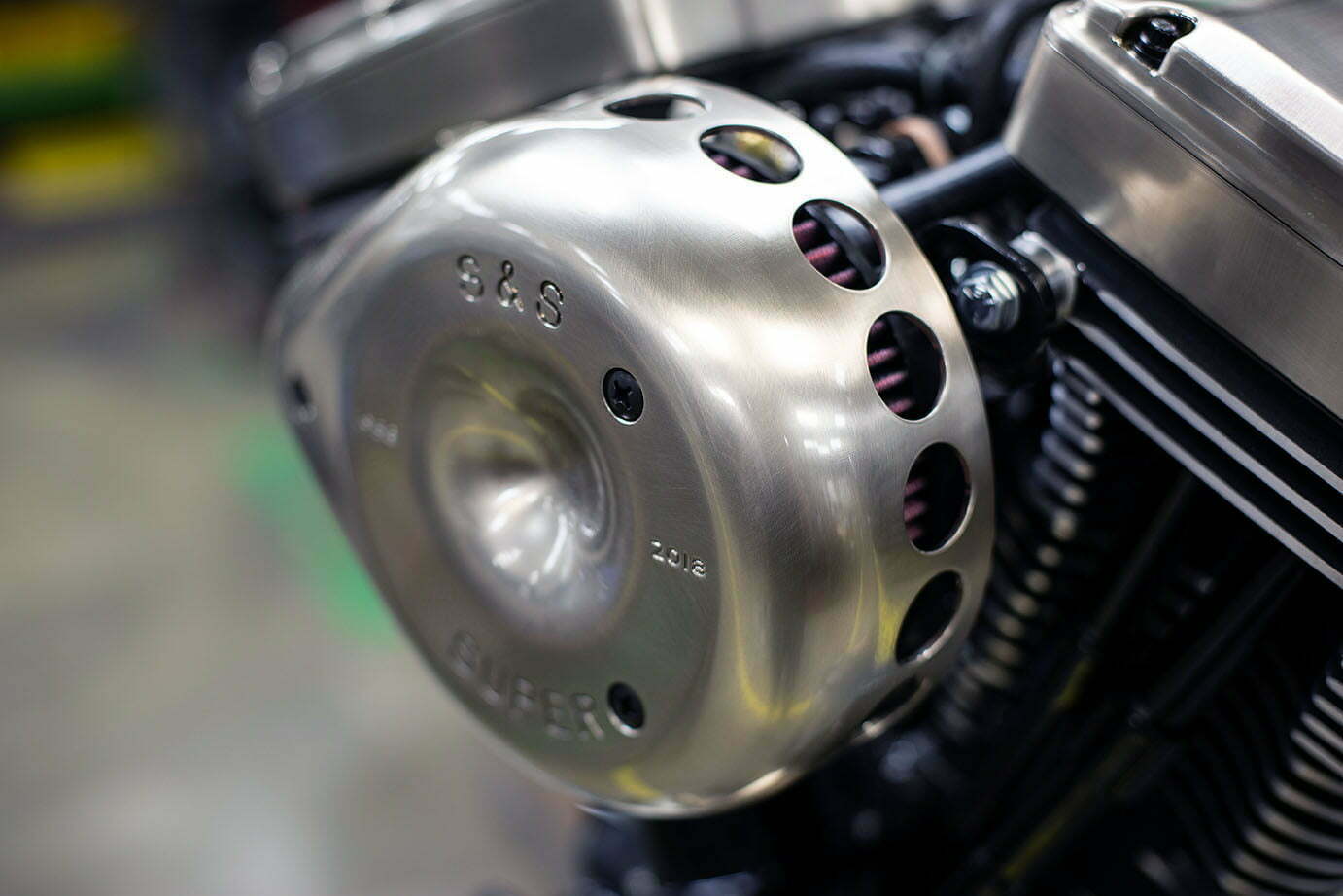 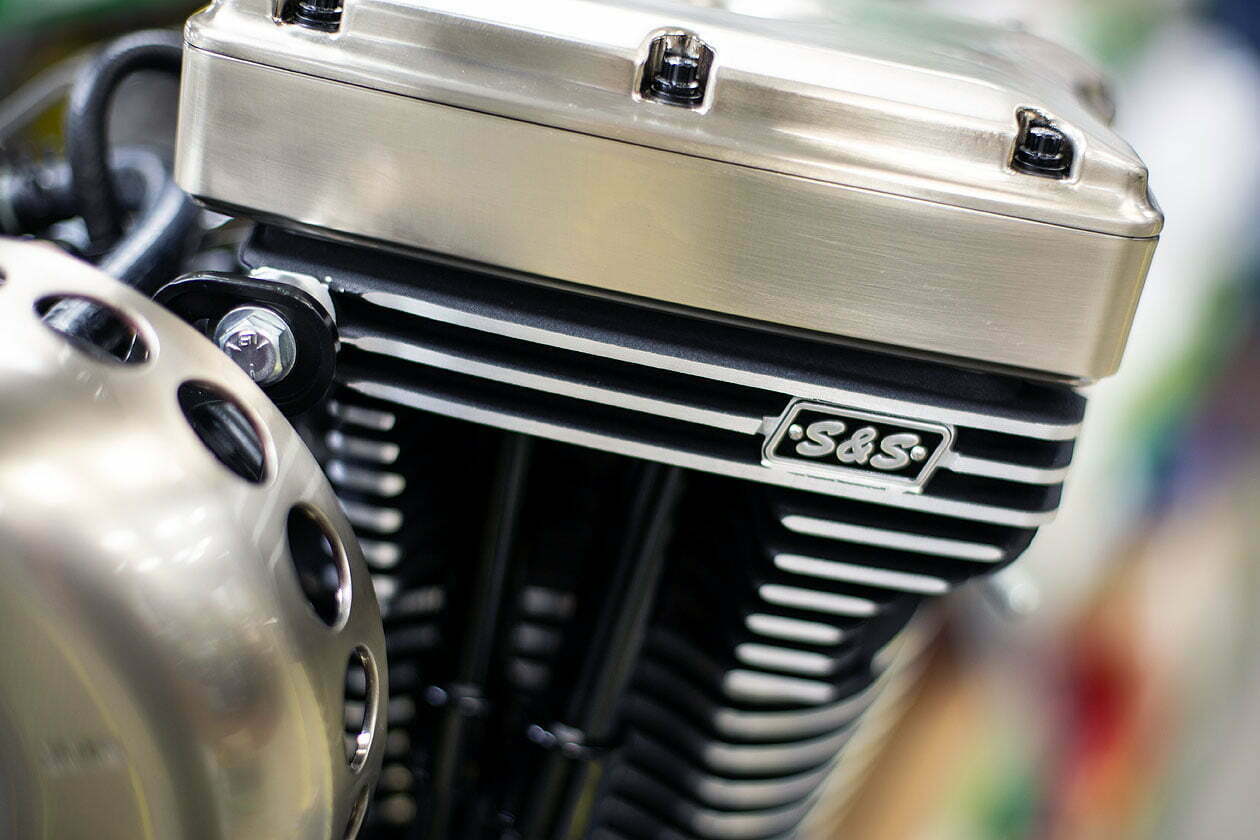 S&S based the anniversary engine on its proven V-Series platform and gave it a massive 124-inch displacement. 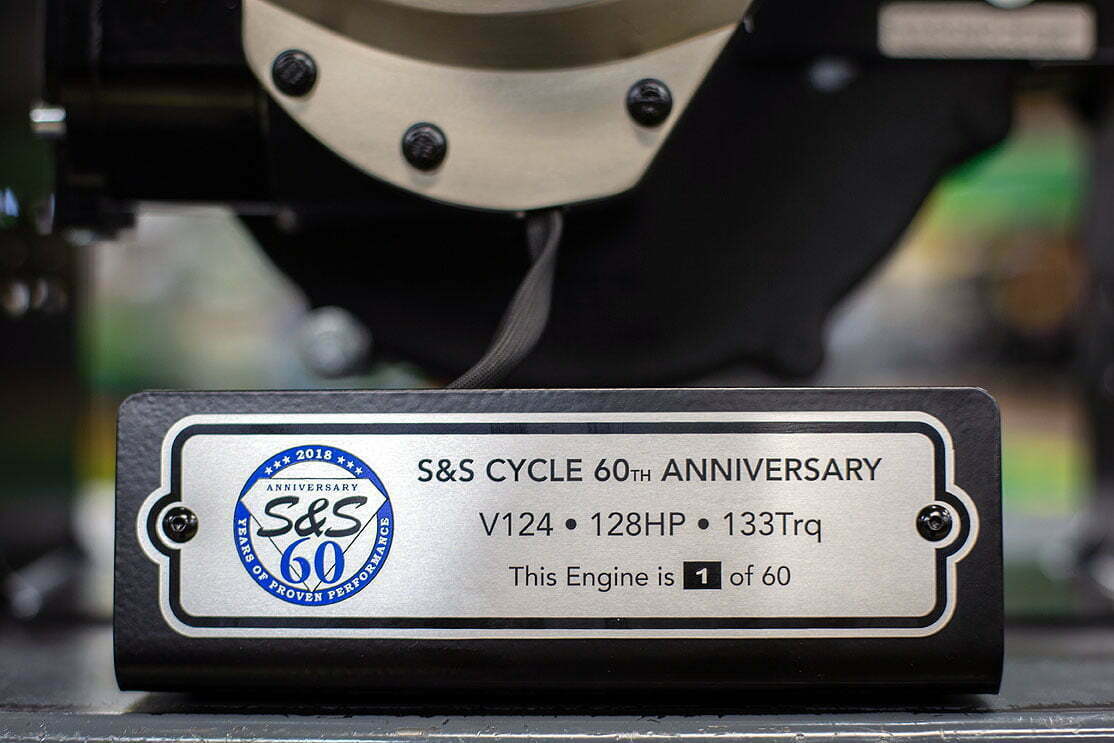 Each Anniversary engine is hand-built and serial numbered from 1 to 60, and each includes a matched engine stand with corresponding serialized plaque. 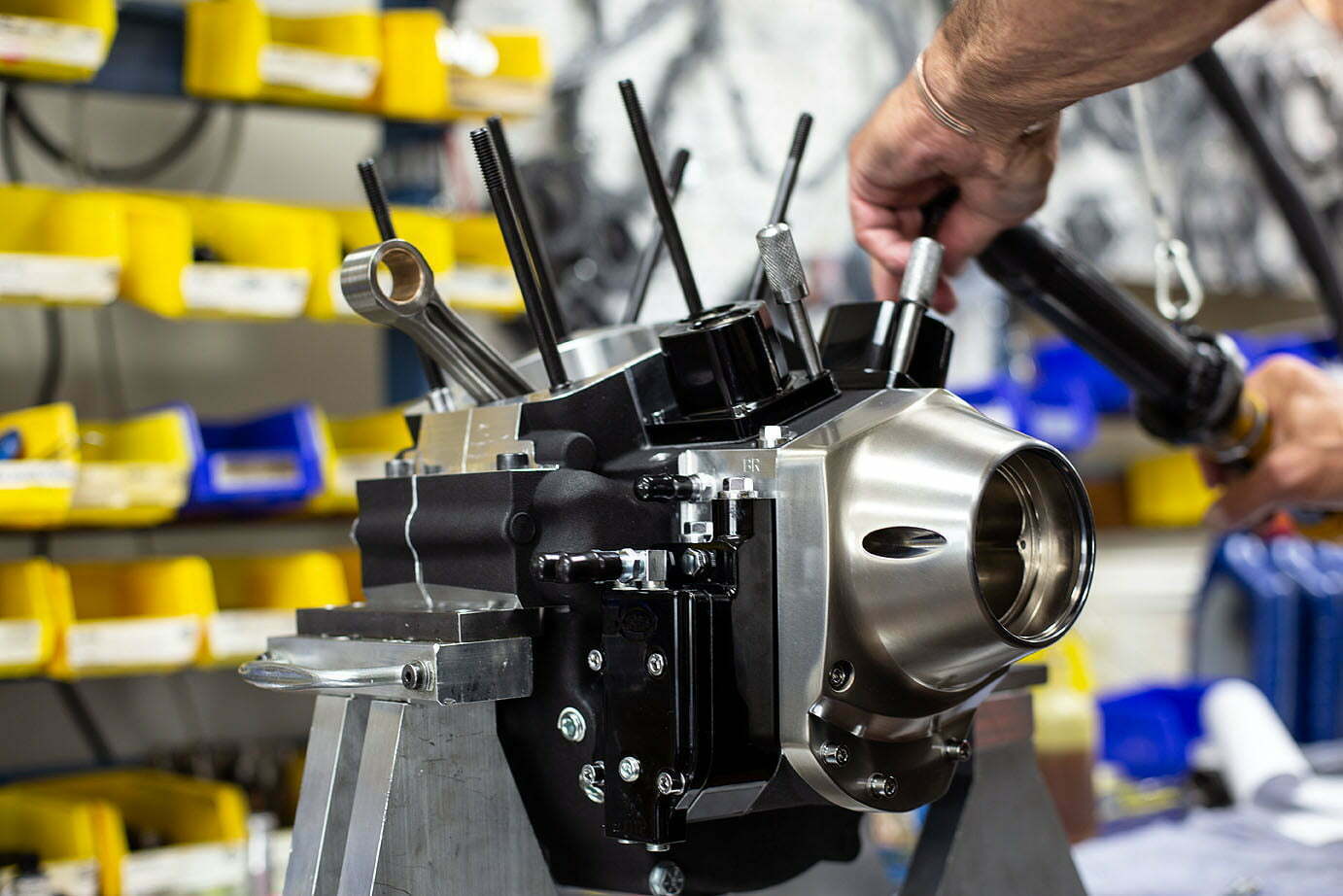 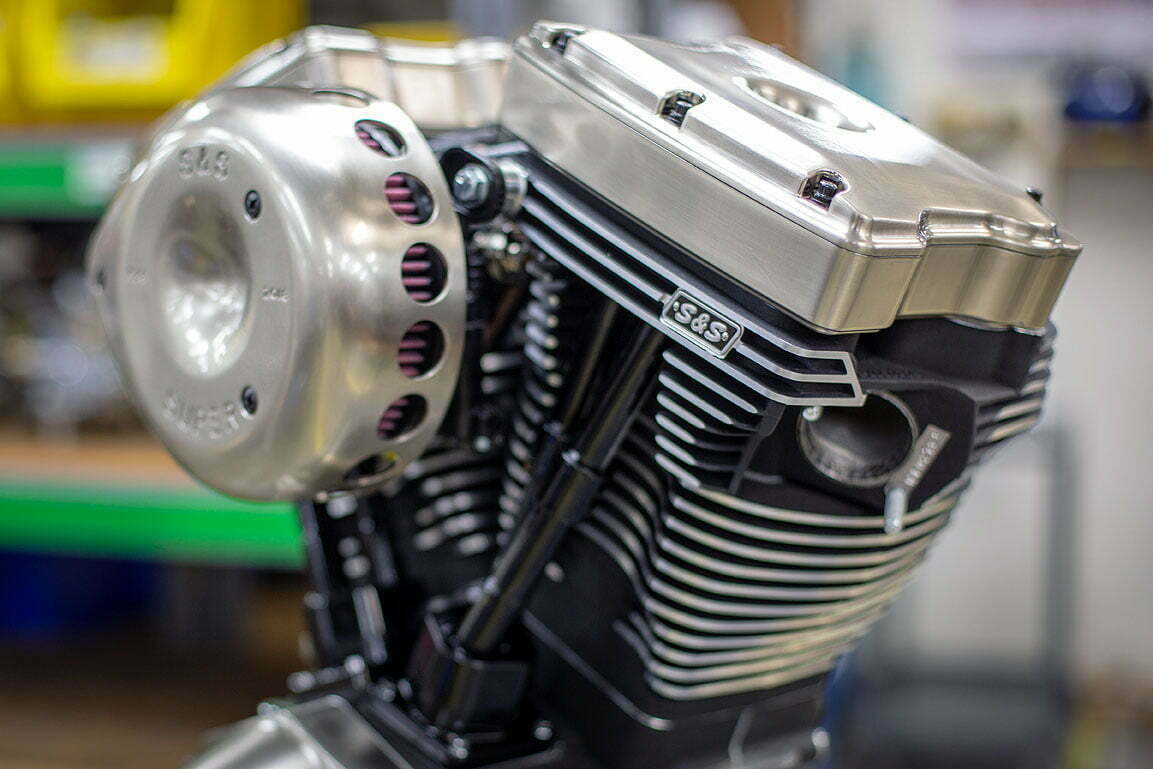 The black hardware brings contrast to the nickel package. 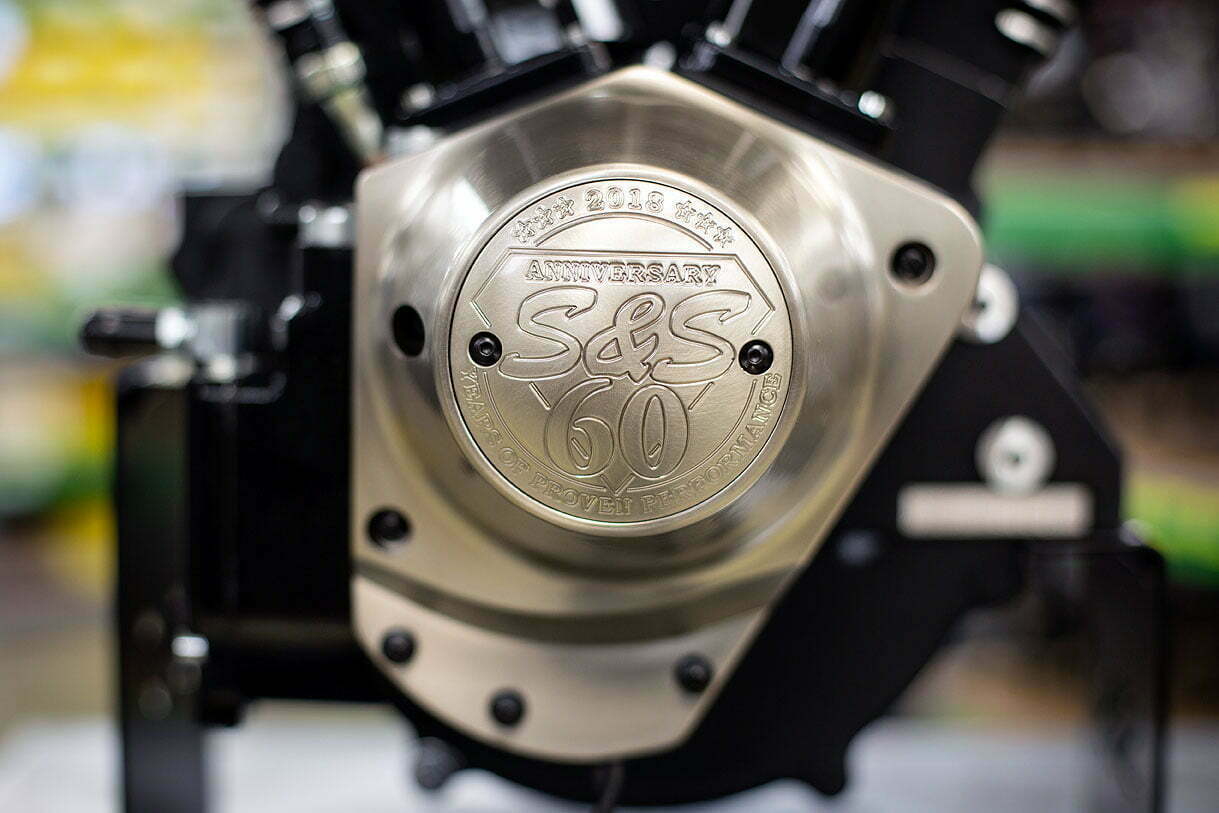 A special-edition cam cover was a no-brainer, and this one’s a beauty.