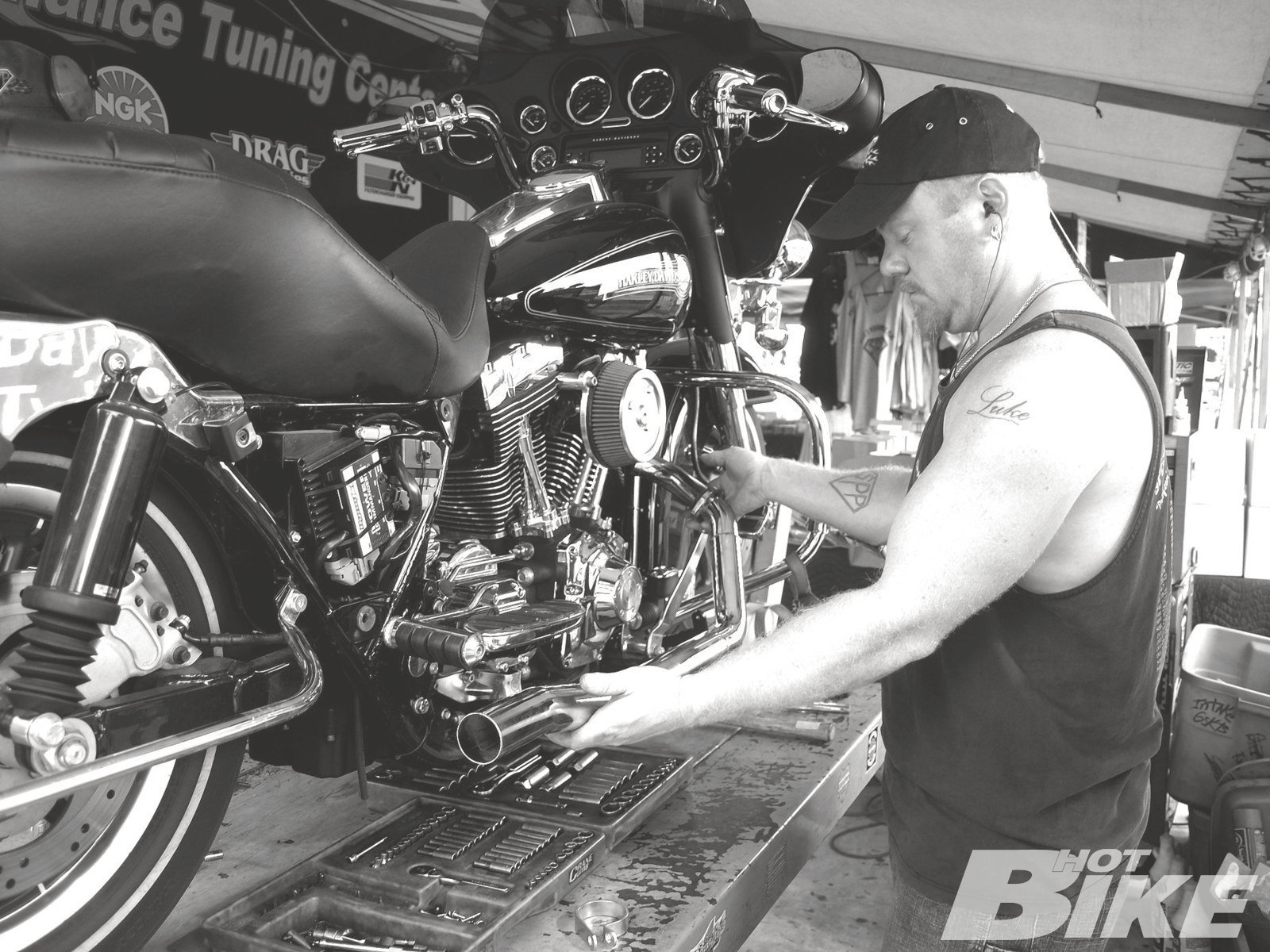 Sometimes it’s out of necessity, sometimes it’s just wanting more. We’re talking about complete engine rebuilds here, and if that’s what’s in the cards because a tired motor needs major surgery or it’s going to be the next performance step, you might as well go big. Granted, in plenty of instances those top-end kits, the bolt-ons converting an 88-inch Harley to a 97 or boosting a 96-incher up to 106 can be great. But if some is good, more is better, and if the engine’s coming completely apart anyway, a 117, a 124, or even a 131 is going to be significantly more powerful and lots more fun than that big-bore-only motor. Now, this is a major step, it can get pricey, and there are lots of choices and decisions to make along the way. Conferring with an experienced pro is a wise first move. The guys at Speed’s Performance Plus have done plenty of these full-on engine builds, especially during their off-months over the winter, and this kind of experience and insight is worth paying attention to.

Echoing what’s just been noted, SPP’s Jamie Hanson begins by saying, “If we’re going for a full rebuild anyway, we might as well go big!” How big? The most popular sizes, he says, are the 117- and 124-cubic inch motors, engines that can easily and reliably pump out 135-plus horsepower with 140 or more lb-ft of torque. There are, however, a number of ways to arrive at those displacements, juggling the bore and stroke dimensions, so before jumping in and opening the checkbook, it’s prudent to first talk things over. That 124, for example, can have a 4-1/8-inch or 4-1/4-inch bore with either a 4-5/8-inch or 4-3/8-inch stroke, respectively. That’s two different combinations arriving at the same displacement. The longer-stroke/smaller-bore version will be the torquier of the two, maybe a good pick for a heavier bike ridden two-up, whereas the short-stroke/big-bore variant can be quicker revving and a bit crisper—a nice choice for a lightweight hot rod. But either way, Jamie goes on, the build will begin with a Timken bearing conversion for the crank, much stronger and more durable than the factory roller, and that’ll be followed with a precise align boring of the cases, a dynamically balanced crankshaft assembly set to virtually zero run-out, and then every trick in the engine-builder’s book. The pistons will be Teflon coated, the gear-drive cams precisely matched to the application, and the cylinder heads will receive custom porting with big valves, smooth runners, and high-performance springs. It’s important to note that those SPP hand-built motors are all street engines, custom spec’d and meant for day-in/day-out use. And they’re warranted.

“There are 111-, 113-, and 124ci displacements all coming complete and ready to run, right down to the carburetor or throttle body, air cleaner, oil, and filter.”

“Another way to go might be a complete replacement motor,” Jamie advises. “A crate engine.” S&S, for one, has lots of enticing choices there, for both Twin Cams and Evos. There are 111-, 113-, and 124ci displacements all coming complete and ready to run, right down to the carburetor or throttle body, air cleaner, oil, and filter. Why go the crate motor route? Well, it’s fast and easy, relatively speaking, and those S&S engines come with a nice two-year warranty. Secondly, you get to save your stock engine. If and when you decide to sell that bike, you can reinstall the OE engine with all the numbers once again matching, and still have your high-performance engine to use again. Something else to consider are the seasonal discounts offered with crate motors. Sometimes they can be pretty substantial, such as $1,000 or more off the list price. Of course, for someone who’s already gone the full bolt-on route with his Harley—the big-bore cylinders, ported heads, big cams…the works—reusing all of that on the new stroker-motor bottom end is the obvious choice. But if the engine is still a relatively stock 88, 96, or even a 103, then it’s time to sharpen the pencil and see which option makes more sense, the hand-built engine or the crate motor.

Either way, hand-built or crate, if you’re thinking about a new motor, now’s the time to act. The engine pros like the SPP team are in the shop and the big retailers, like S&S;, might be running those off-season specials. Check it out. You’ll be head and shoulders above any of those factory big-inchers, and get there at a fraction of the cost for a new bike. HB