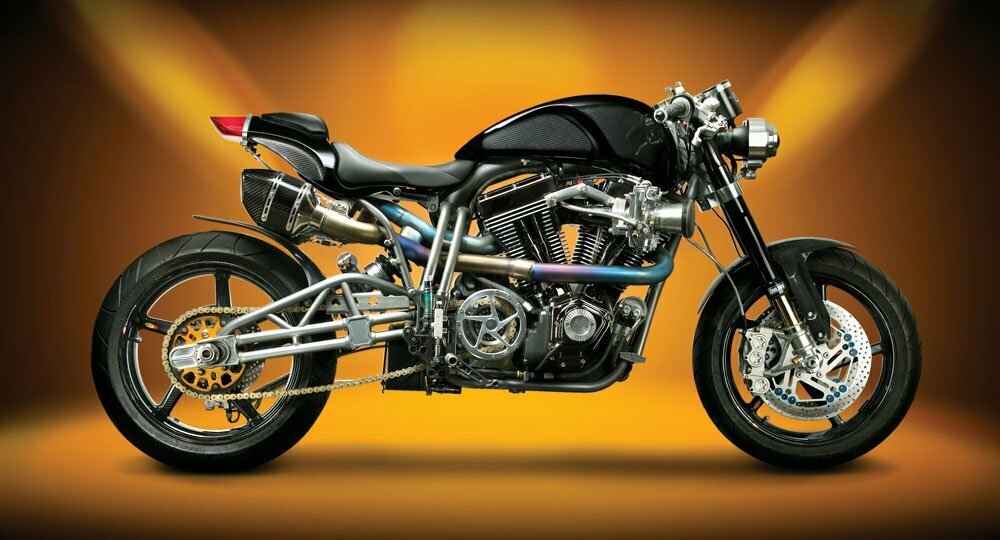 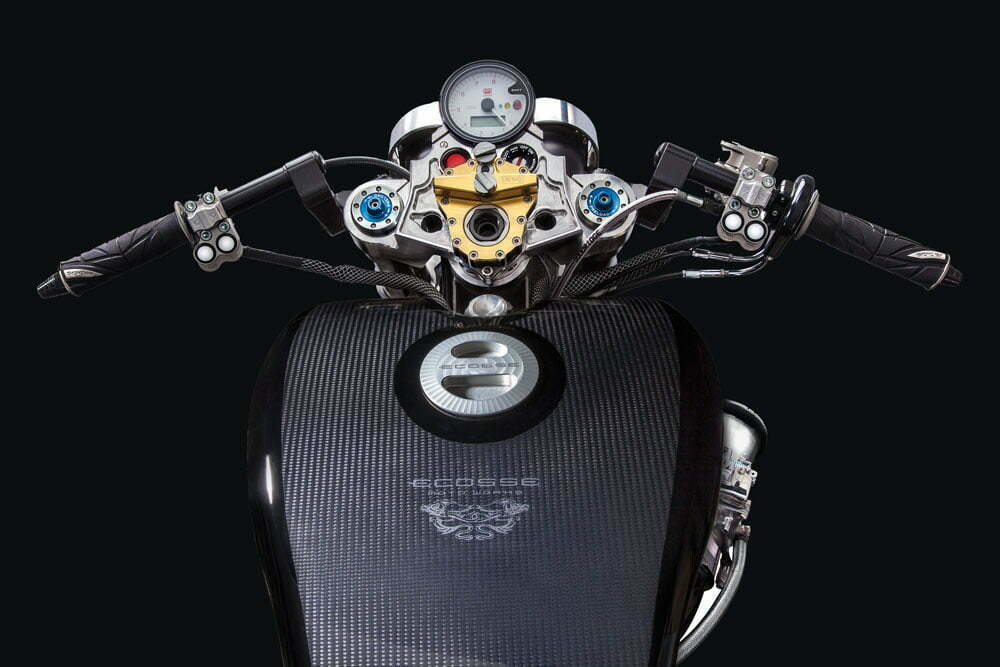 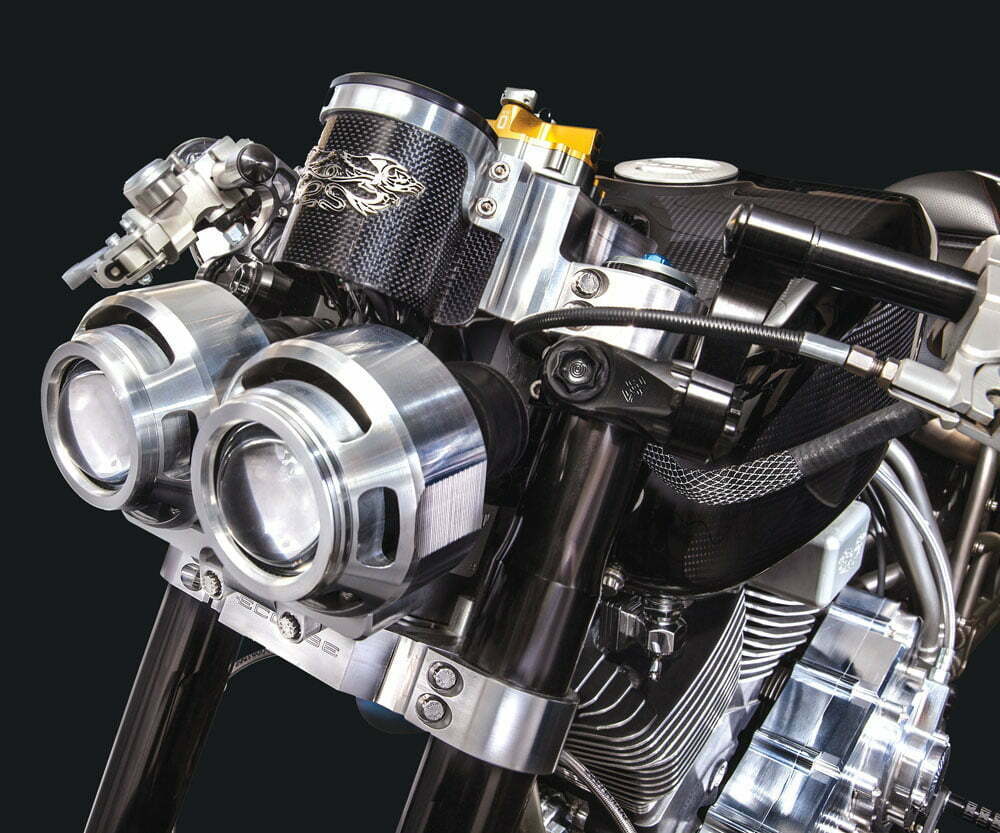 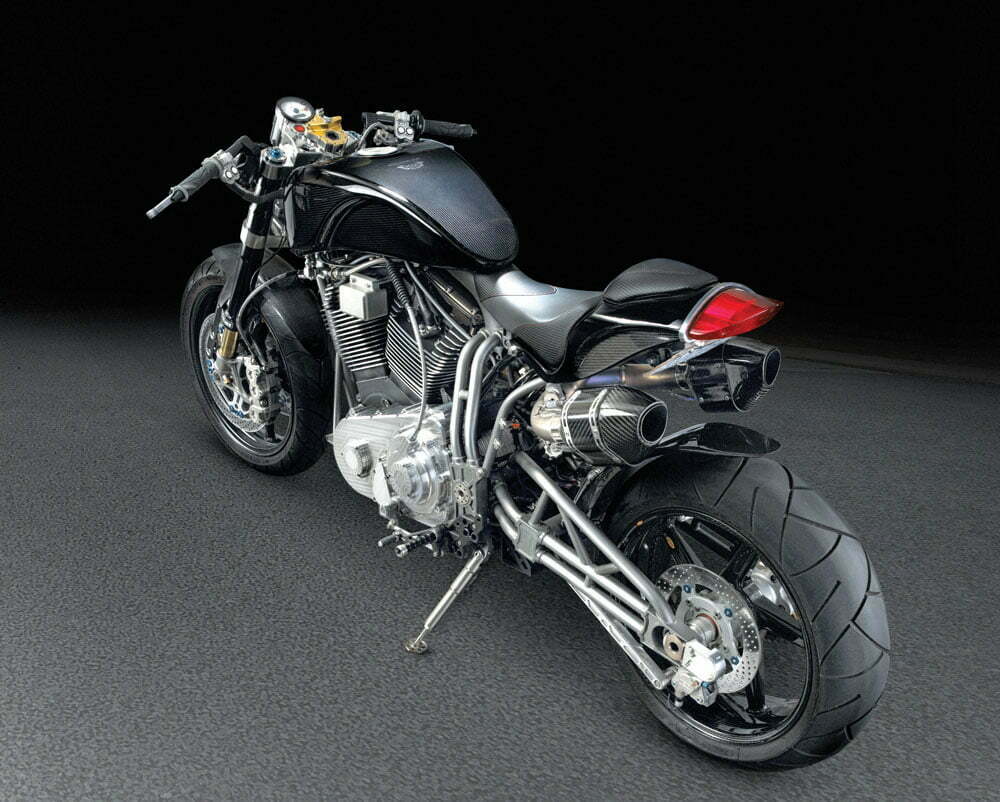 In a nondescript building somewhere south of Denver, Colorado, ECOSSE Moto Works designs and handcrafts the world’s most exquisite two-wheeled creations one by one. More old-school machine shop than glitzy design space, ECOSSE Moto Works’ home is an homage to the exotic hand-built motorcycles that take shape in this Rocky Mountain headquarters. Here, Don Atchison, founder and designer, meets and greets his appointment-only customers to determine the proper setup for their desired riding position and style of riding and—not unlike a Savile Row tailor—spec colors and finishes for their well-suited beast.

Atchison, a former Marine Corps officer with a penchant for speed and design, grew up riding dirtbikes as his main mode of transportation in rural Washington State. But the downhill ski racer and Bimota DB4 roadracer began thinking about his version of the ideal streetbike back in the ’90s after his tastes changed to V-twins. “It drove me nuts that the American V-twin bikes couldn’t brake or turn. Why can’t someone retain the fun and torque of that motor in a chassis that works?” Atchison pondered. Culling inspiration from jet fighters and European sports cars, with their acute attention to detail and precision craftsmanship, napkin sketches were transformed to CAD drawings (Atchison is a mechanical engineer, after all), and ECOSSE was formed in late 2001. The first model, The Heretic—so named for its aversion to all things standard and in defiance of classification—was perfected in 2004, and a limited production of only 100 units would be produced.

Enter the ECOSSE FE (Founder’s Edition), signaling the end of The Heretic line and commemorating ECOSSE’s 10-year manufacturing anniversary. While sharing the form-follows-function concept, geometry, and exposed styling of The Heretic, the FE Race is a entirely different creature. And although the carbon-fiber fuel tank and fenders remain, subtle nuances present a decidedly different design and feel: from the beautifully made adjustable clip-on handlebars, ECOSSE twin headlights machined from billet, titanium exhaust race header, ECOSSE carbon-fiber mufflers, exclusive collaboration with Öhlins on shock/fork/steering damper, special chassis coating, and too many fine details to list. It’s like added bike porn on top of the ferocious 127ci/2,100cc, velocity-stacked Mikuni-fed V-twin power-pumper at its heart. The unmistakable throaty growl of the 140-hp monster through the titanium header pipes just adds sugar to this orgiastic assemblage of naked brute force.

“This specific Founder’s Edition has a ‘RACE’ designator within the VIN. I wanted to set it up as a no-holds-barred, ready-to-rocket, serious moto—no noise restrictions, no turn signals, no mirrors, etc. ‘Race’ could mean dragrace, roadrace, whatever; it just doesn’t mean ‘street.’ The street version will essentially look the same but with mirrors, T-sigs, and larger mufflers added,” Atchison says.

“Personalizing the ride for each customer is paramount,” he continues. “We have paid a great deal of attention to performance, detail, ergonomics, and comfort and work (within reason) to customize and fit each customer to their ECOSSE.” Don and his wife, Wendy, also operate ECOSSE from a satellite Southern California office for better accessibility to movie studio requests, as well as VIP and celebrity clients.

For those fortunate few who might feel the six-figure starting price isn’t exclusive enough, a supercharged, intercooled, and fuel-injected titanium edition (FE Ti XX) is also offered. And, as if numbers even matter at this point, the 440-pound bike has 225 hp and 200 pound-feet of torque at the rear wheel. We say, well done, ECOSSE, for producing the pinnacle of motorcycle ingenuity on home turf.