Riding The Wall Of Death

Getting my ass kicked by a 100-year-old carnival show

“You’re gonna try that s—t?” Twitch asked as our plane descended into South Dakota for the Sturgis Motorcycle Rally. “I had a buddy try that a few years ago—tall dude, rips on Harleys. He was up on the transition and stuck his leg out and it just broke.”

I’d left home feeling confident that I was going to ride straight up onto the vertical Wall of Death, but freestyle MX legend Jeremy “Twitch” Stenberg was describing a guy just like me. Now all I could think about is shattered bones and compound fractures. I had seen the Ives brothers perform their death-defying feat at dozens of bike weeks and rallies over the years. Hell, I’d even laid underneath them, taking photos as they rode, the walls moving as they pulsated with each pass of the rider. But this time was going to be different. I was going to ride the damn thing myself.

The Wall of Death, also known as a motordrome or silodrome, is a 100-year-old carnival show relic that followed the boardtrack craze of the early 1900s. Riders start off on the flat surface in the middle, then ride up the 110-degree transition, and finally up onto the vertical wooden wall, held there by friction and centrifugal force. At its peak in popularity during the 1930s, there were more than 100 motordrome shows touring the US, setting up at fairs and carnivals. Now, only four of these shows remain, the Ives brothers being the only family act. 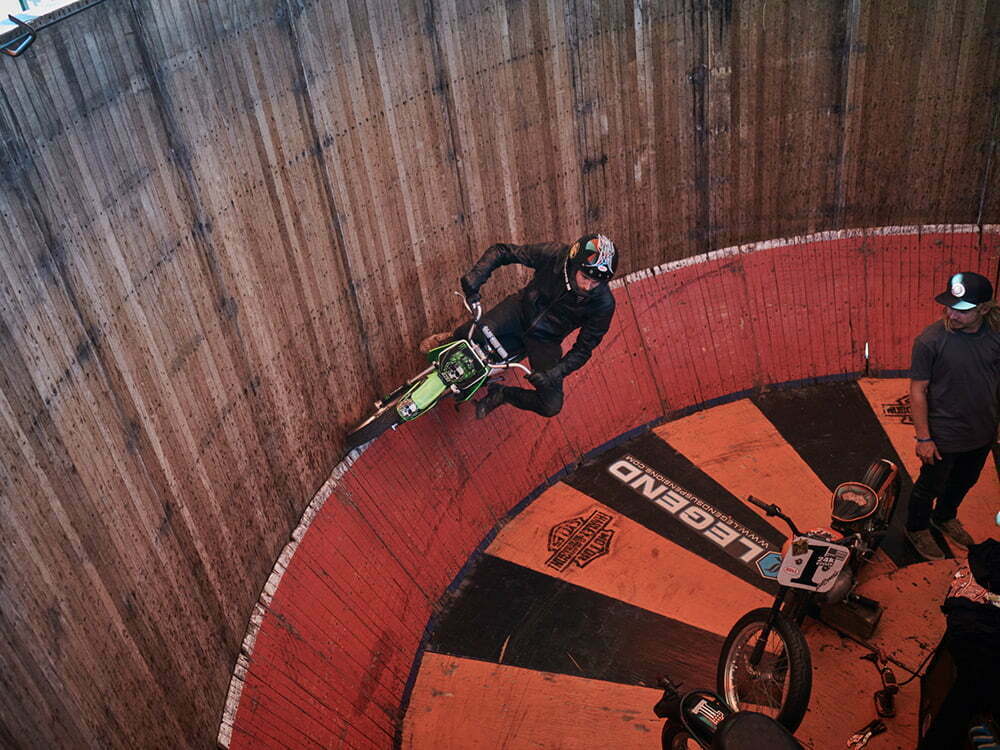 As the front tire would climb onto the wall, the rear would slide down the transition, leaving me on the ground with the bike on top of me.

Cody and Kyle Ives are 24 and 26 years old and have been stunt riding since junior high. They learned from their dad, who rode the Globe of Death—a spherical metal cage—with Cody, until Kyle was big enough to join in. With his sons established, he hung up his helmet and picked up the microphone as their announcer.

The Ives brothers are a different breed. Stunting their Harleys, riding the wall with no helmet and a mullet wig. Cody passes a joint to Kyle at speed as easily as he hands T-shirts to patrons. They’re young and rowdy, entirely of a different era, and it’s in their blood. The Ives brothers make riding the Wall of Death look easy. I was about to find out it’s not. 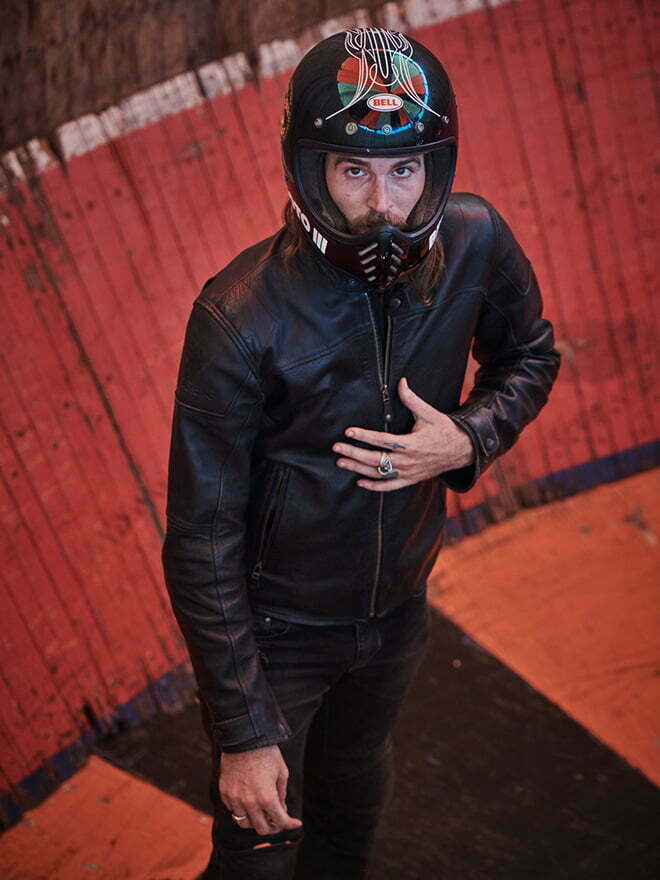 After crash number 12 or so, the heat in the wall, nausea from spinning, and bruises from falling are starting to take their toll.

You start slow, in second. You go in circles. Get your front tire on the transition line then hit the gas to get up onto the angled lower wall.

I hit it. My tires made the transition. The bike started to drop. Pin it and… I’m on the wall! And then upside-down, on the floor with the bike on top of me and gas pouring down over my chest and body. It was hot. My leather gear was stifling. Try after try, the wall put me on my ass. Dizziness set in. I notched two smooth dismounts amid the blur. It’s all about smoothness. Lock your eyes on a line of screws, throttle steady. Smooth, up the white line of the wall. Every time I thought I was going fast enough to make the transition up to the vertical, my front tire started to creep up and my rear slid down behind me—I hit the gas to straighten out, but stayed on the transition. I rode around a handful of times before a perfect dismount. I looked around at the boys, Kyle was nodding with a thumbs-up. Then I ran to the transition, pulling it off and swinging the door open. Aiming for the trash can, I spat watery vomit out of the door, missing Sean’s feet by inches. 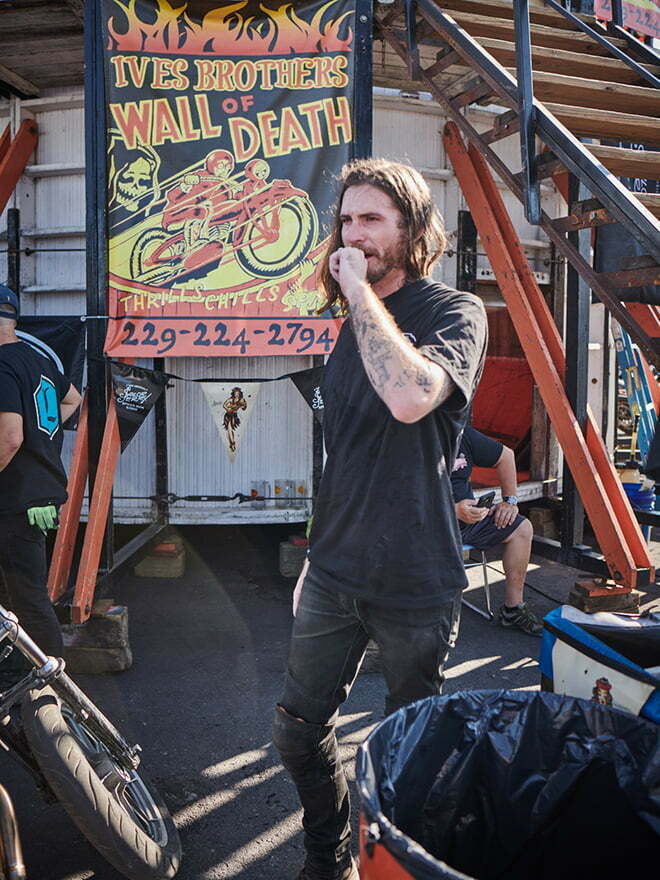 That really didn’t play out like it had in my mind.

My hands were cramping and starting to lock up. I noticed a hole in my shin and shaved sections on my gloves. I was just getting the hang of things, but it was time to quit before I wound up with a snapped femur. Hanging my head over that trash can, I finally understood what it took for the Ives brothers to master that thing, to make it look so effortless. The guys must have bashed themselves off the boards a hundred times. Maybe more. Mastery through masochism, the American way.