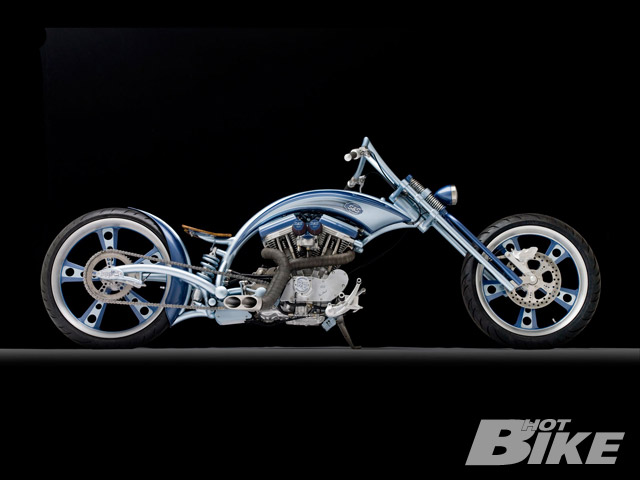 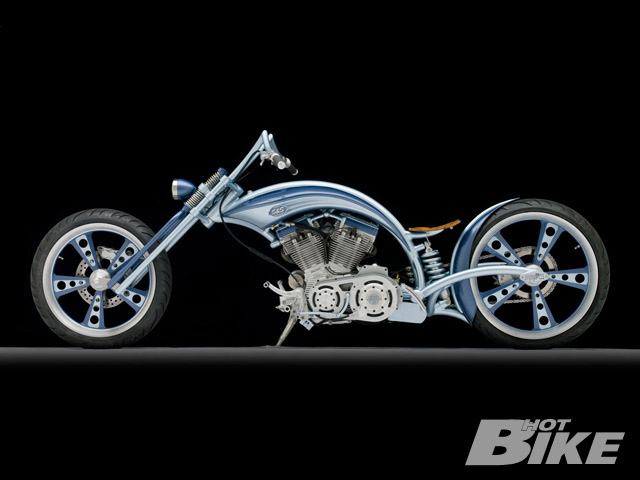 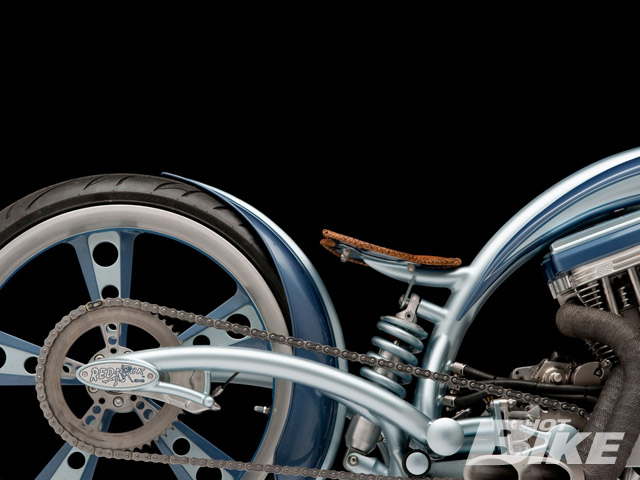 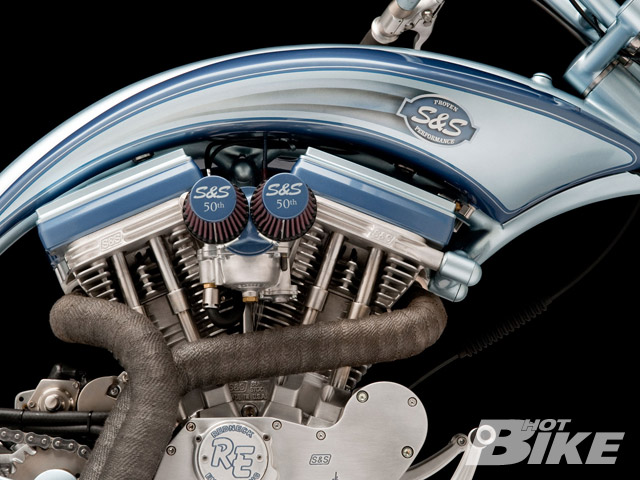 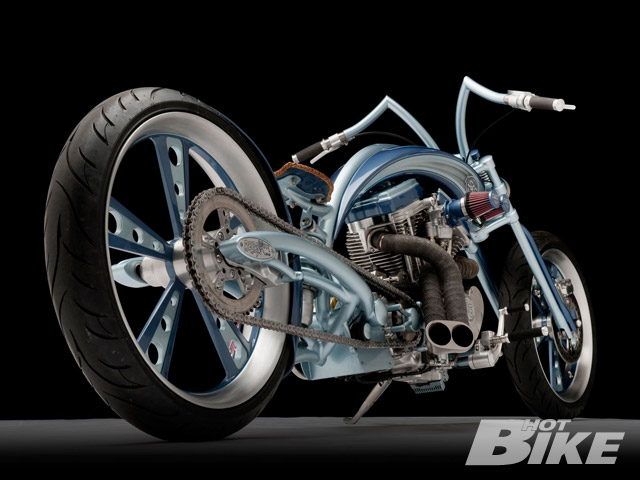 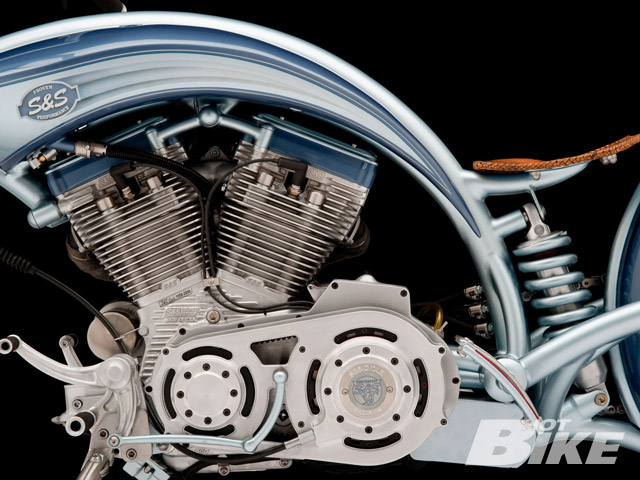 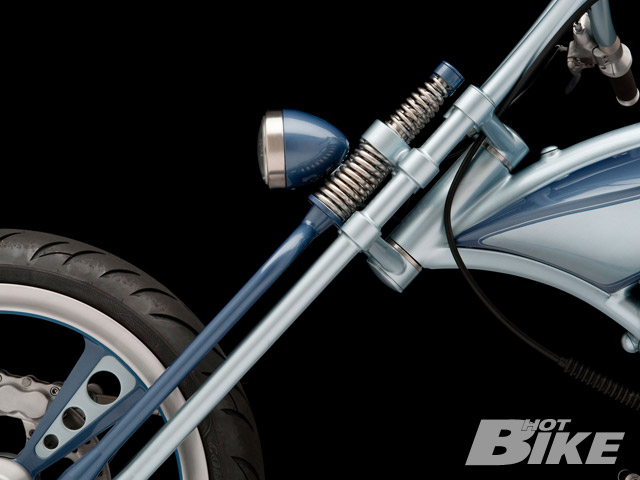 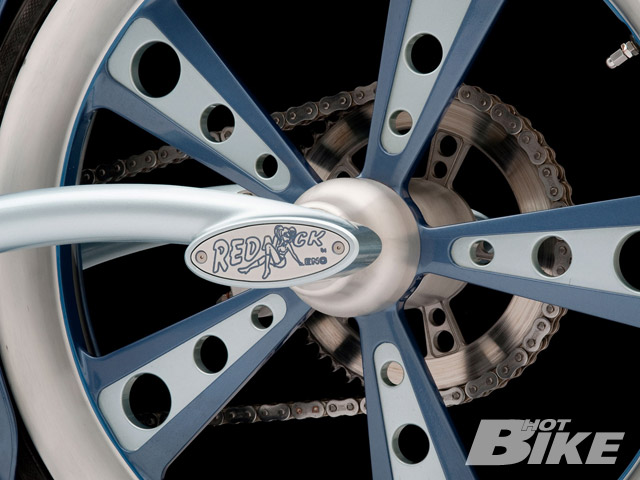 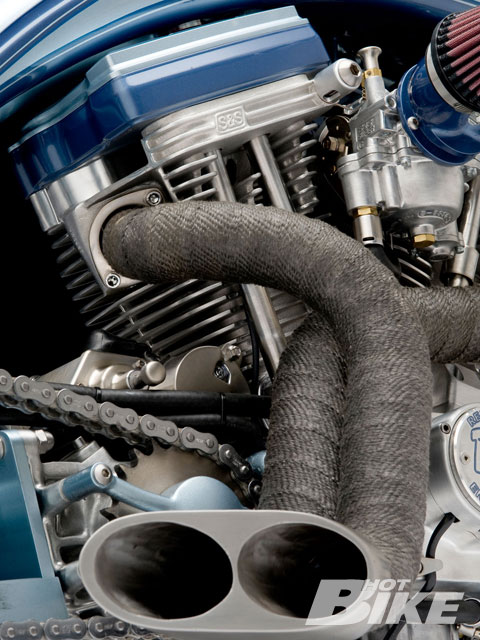 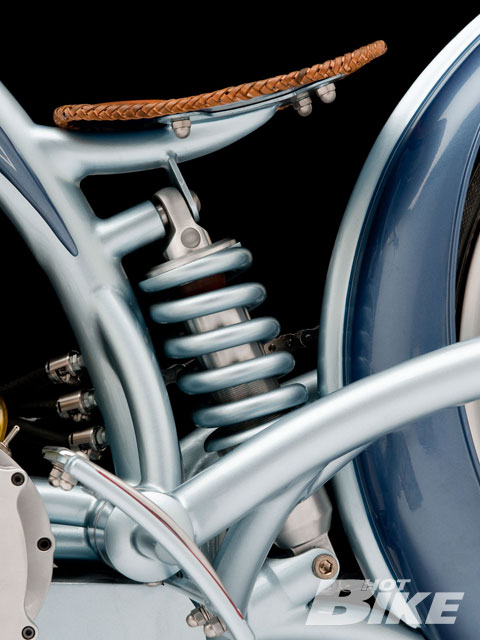 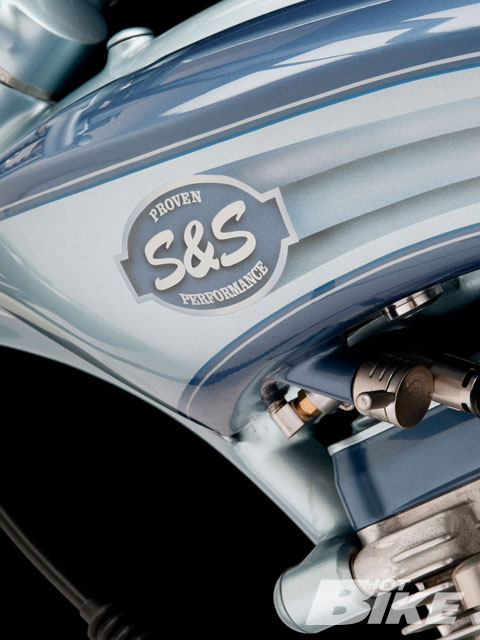 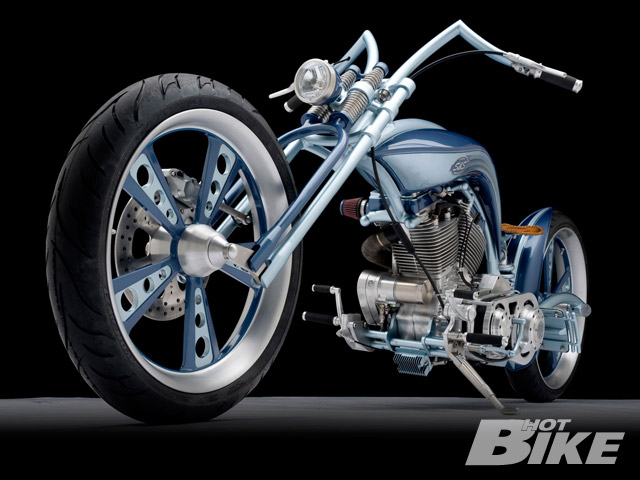 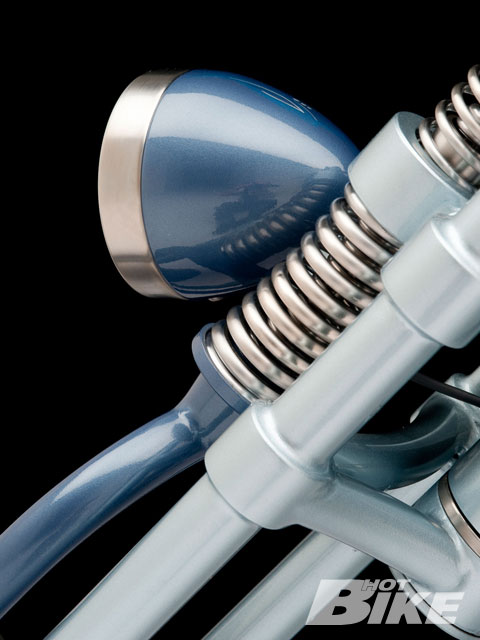 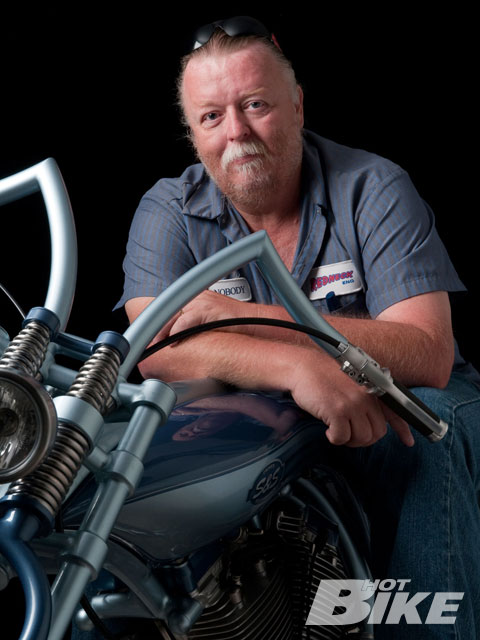 For years Nobody and the crew over at Redneck Engineering have been transplanting Buell and Sporster drivetrains into their own line of frames. Well, to celebrate S&S;’ 50th Anniversary, the Redneck team created this amazing MonoShock Mutant with one of S&S;’ 100ci SB engines at the heart.

With its wild no downtube frame (the engine acts as a stressed member), sleekly-super-stretched gas tank, and over all unique and intriguing look, it’s no surprise that Nobody and the Redneck boys rolled away with the third place honors in their class, SB-Series. The SB Series engine is a Sportster style power plant but packs a punch with its 100ci displacement.

While the 6-inch backbone stretched Mutant frame is a MonoShock design, Redneck cushioned the suspension up front with one of its own New Skool springer frontends. Nearly every major component on this bike was built by Redneck except for the Fuelie wheels, which were done by HHI, but even then Redneck had to add their own touch to them.

One of the most interesting things about this bike was that it was built back in early 2008 for the S&S; 50th Anniversary party which took place in late June of that same year. Ok so that was three years ago right? Well, peep the rear wheel/tire. It’s a 23 setup. These days 23s are pretty common-place up front on everything from baggers to Sportys. Looks like Nobody are his crew was looking forward to the feature, from the rear.