3 cool customs from our readership 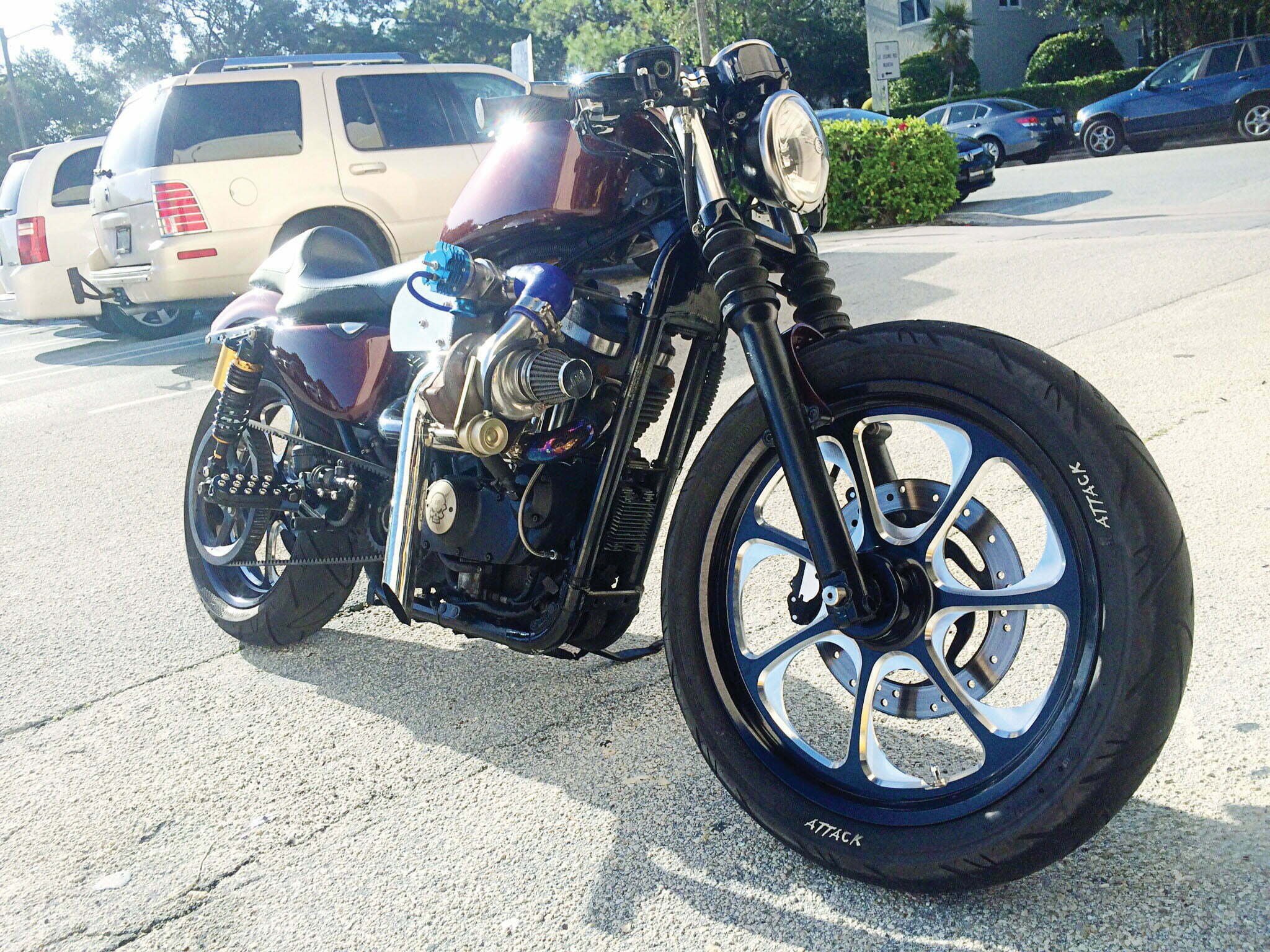 Here is my 2007 Nightster 1200 Turbo. I found the turbo kit a few years back and was waiting for the perfect bike to pop up to throw it on. I finally found a ratty, beat-up, rusty, neglected bike that would work perfectly to build a café’d turbo. I brought the bike to the garage at the office and went to town, stripping off all the unnecessary parts and grinding off the rust. I then repainted and powdercoated what I had left. I raised the bike about 6 inches in the back to even out the stance with longer shocks and 18-inch RevTech wheels. I utilized some of RSD’s trick café parts with some local fabrication. The rear fender was hacked, and an LED strip brake light/turn signal was integrated. I cleaned up the motor a bit, added a Power Commander, and installed the turbo. But with all the fast, it needed some stopping power. I added a Brembo caliper, and a braided line was added up front, along with Progressive fork springs. The machine is running awesome and pulling about 115 hp on the dyno. All this was done amongst dusty boxes of paperwork, outdated copiers, and the occasional secretary hunting for an old file. 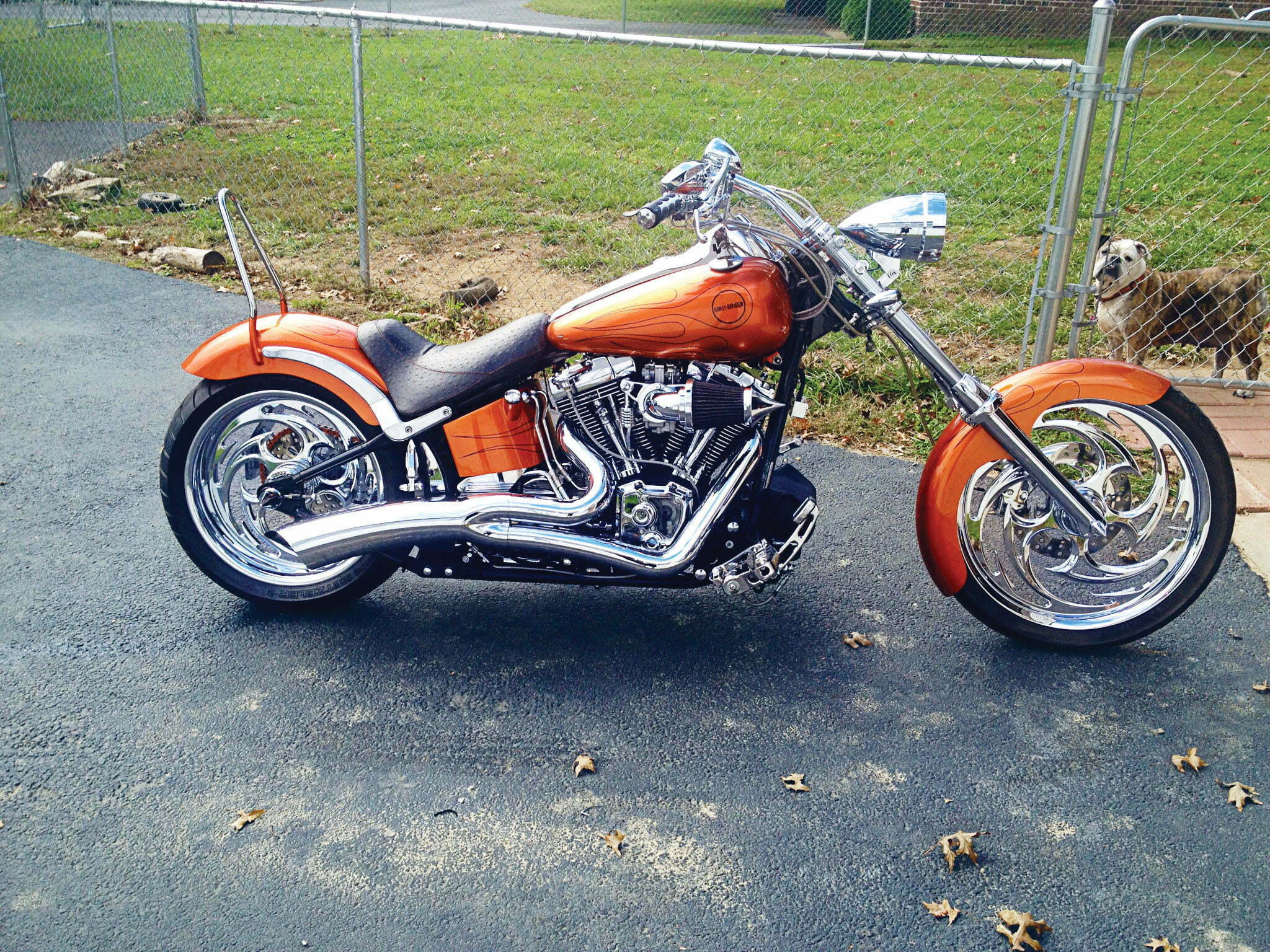 This is my 2002 Harley Deuce Softail. Growing up poor I never thought I would own a Harley, so this bike represents the hard work I put in to get where I’m at today. I will never sell her. It has a 103-inch Screamin’ Eagle engine, Heartland 180 rear render kit with a custom sissy bar, DNA rear brake sprotor kit, converted belt to chain drive, Performance Machine wheels, 37-degree rake, Cycle Sounds speaker system, skull air horn, and a engine cooling fan. I named this bike the “Mistress” because I tend to spend a lot of money on her, and I take her out when I need some space from my wife. 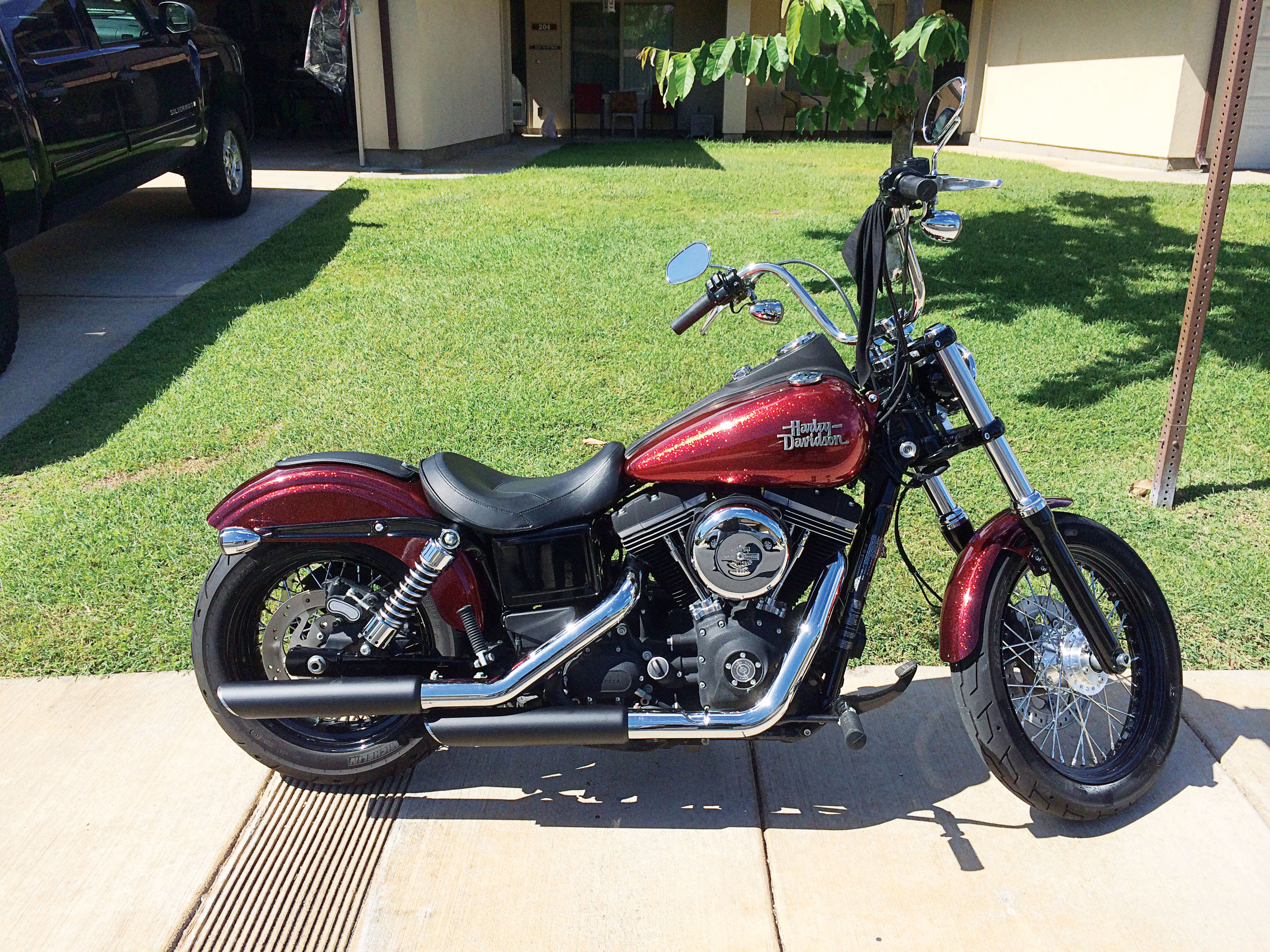 My name is SSGT Wes Pittman, United States Air Force. I ride a 2013 Harley-Davidson Hard Kandy Custom Street Bob. I’ve taken this bike with me to England and rode all over the UK while I was stationed there, and now I’m stationed at Pearl Harbor, Hawaii, and I’ve ridden all over the beautiful island of Oahu, Hawaii. I’ve swapped out my mid controls for forward controls, and I’m running a set of Vance & Hines slip-on exhausts. Next project for my girl is a set of black 16-inch Chubby apehangers.