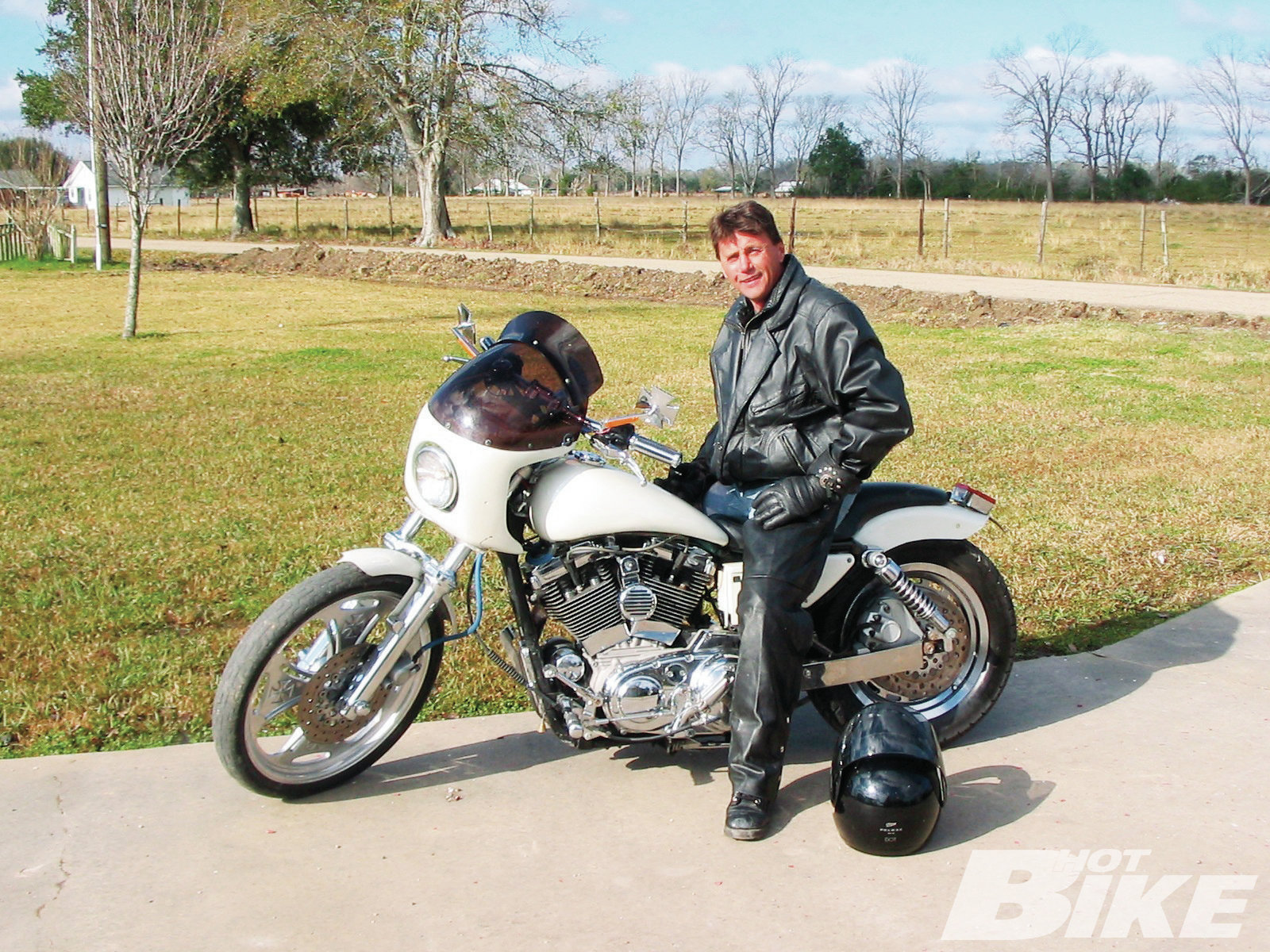 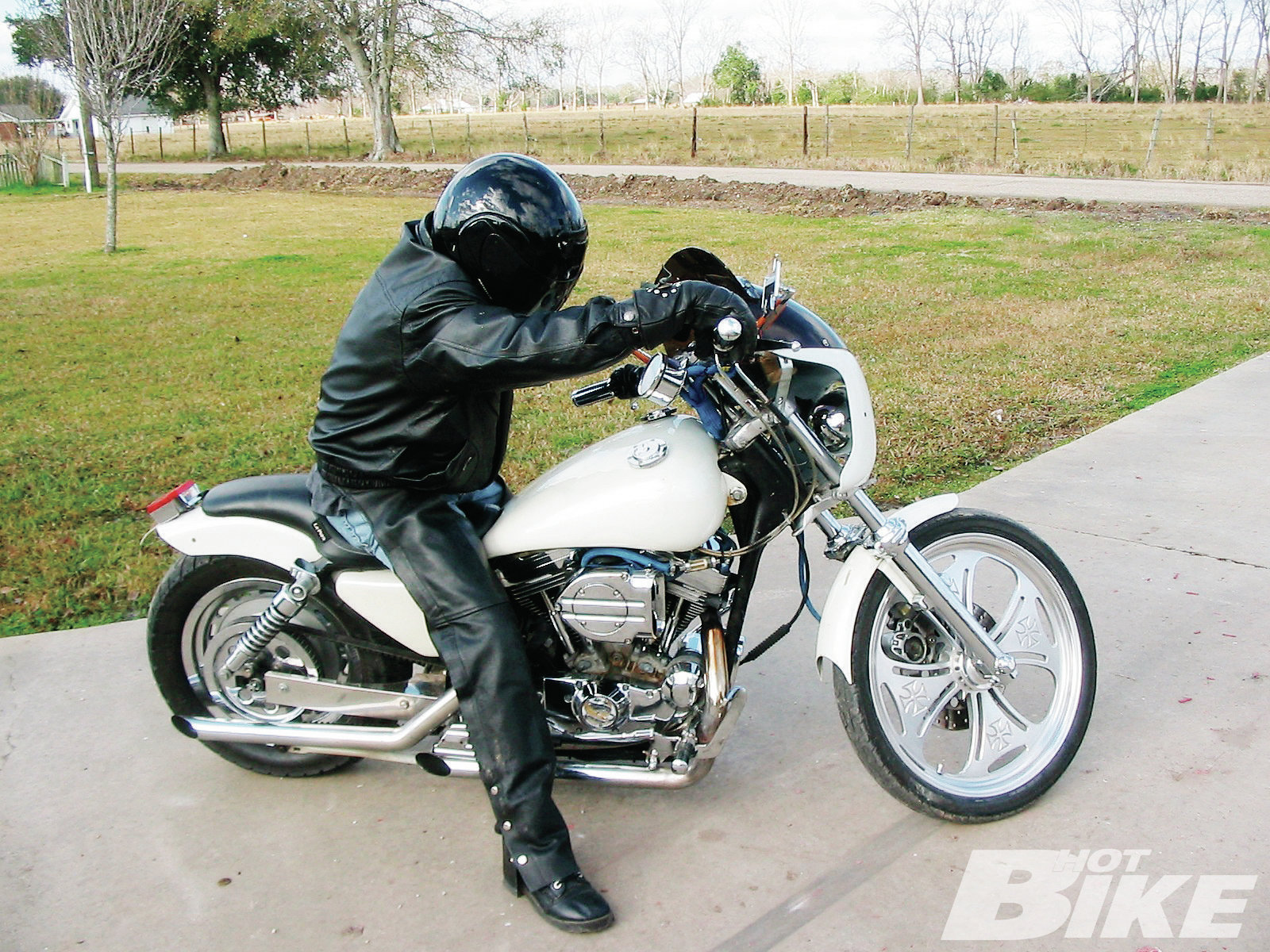 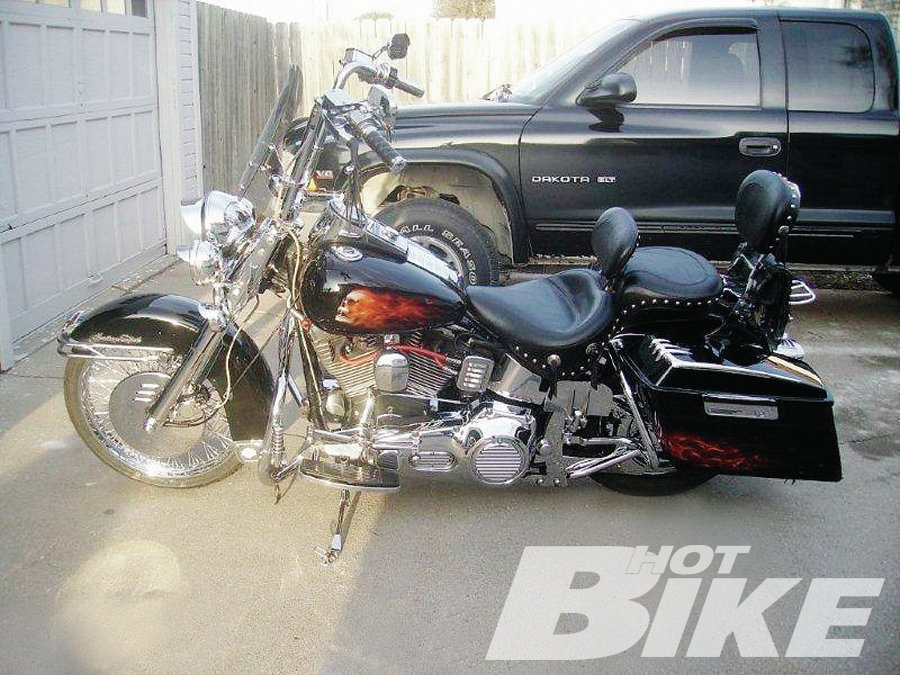 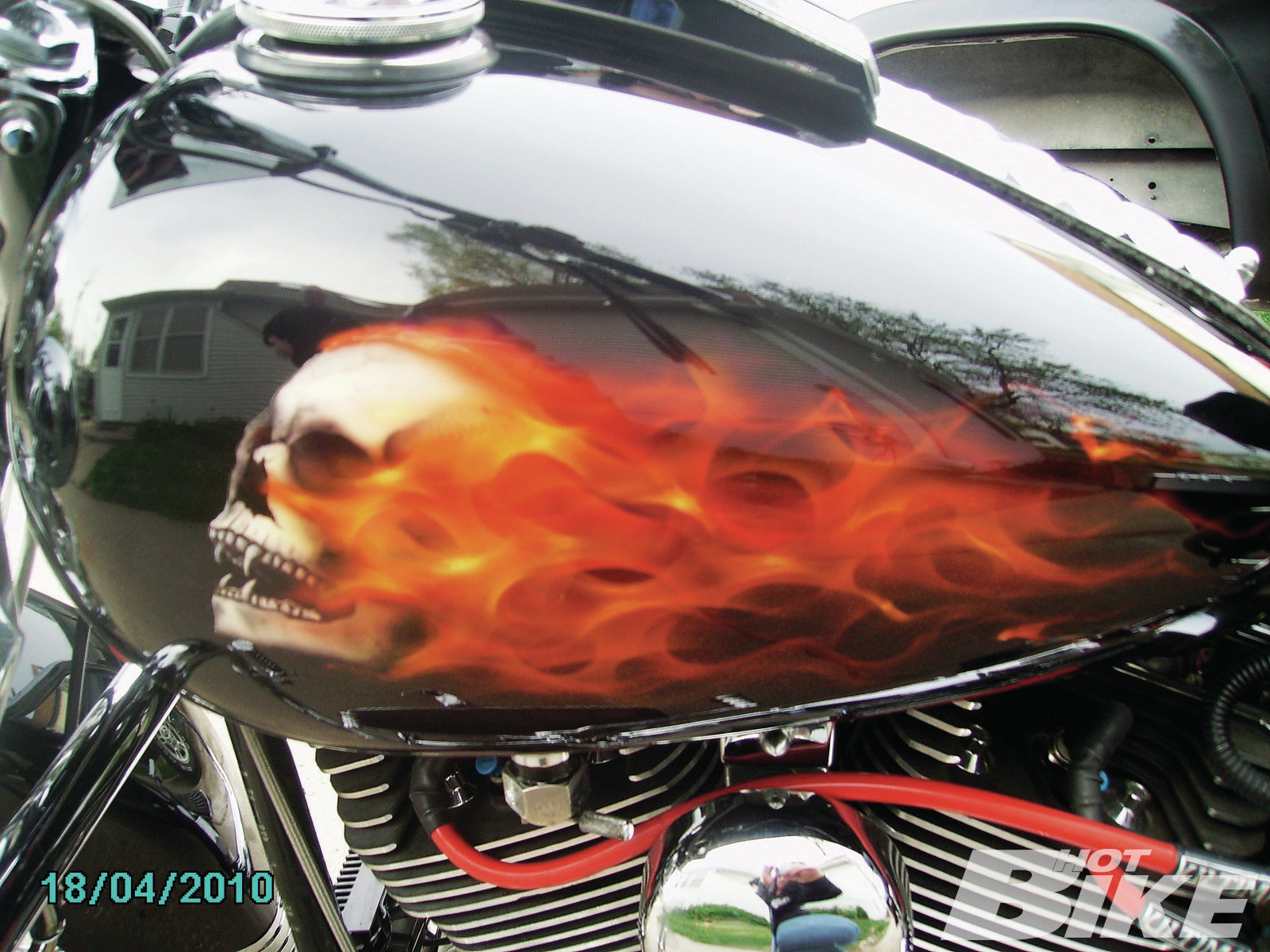 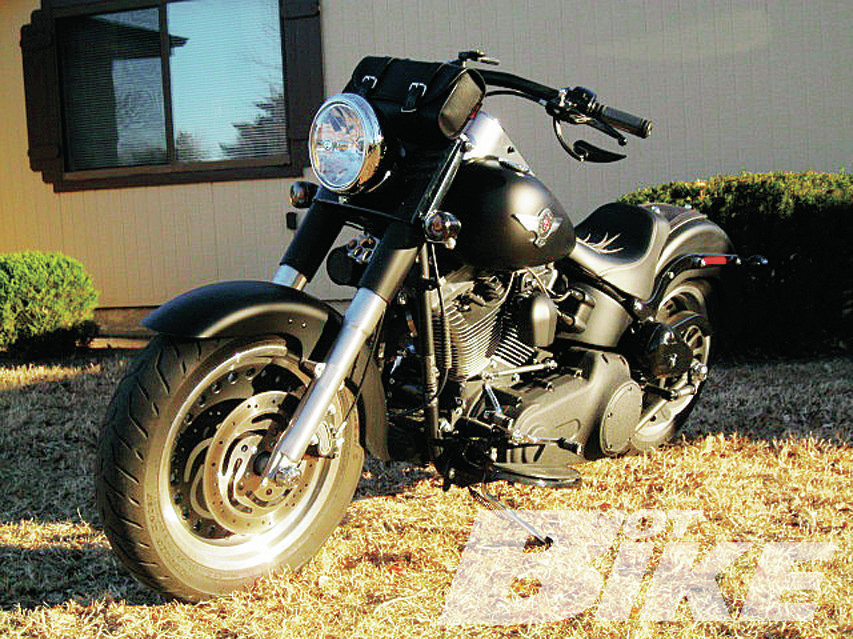 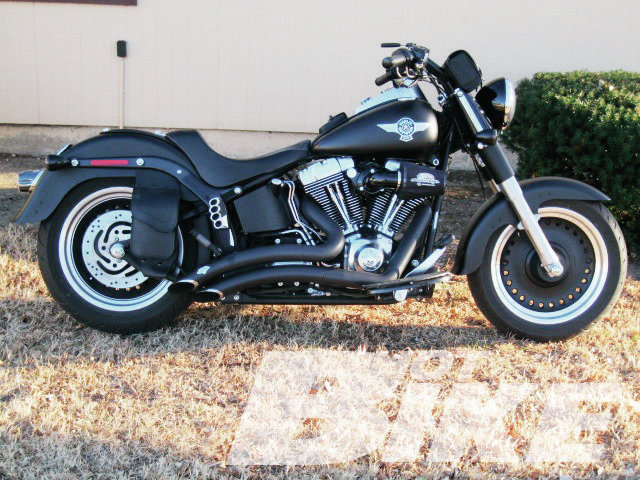 Troy Dugas from Breaux Bridge, Louisiana, is the owner of this sweet pearl-white ’96 H-D Sportster 1200. Like most everyone else, Troy just had to personalize his bike by adding a bit of chrome, and he got carried away. His bike features a new tank, an extra 9-degrees of rake, a fairing with radio and Bose speakers, cut fenders, drag bars, Hyper- charger, lowering kit, drag pipes, forward controls, and ghost flames. Every modification to this bike was done by Troy in less than six months at a cost of $2,800. Not bad for an A/C tech huh?

Sherman Johnson of Blair, Nebraska, sent us a few snaps of his bike that started out as a ’91 H-D Heritage Softail that was pretty much a plain-Jane motorcycle with not too much going on. Getting bored with the baseline of style and performance, Sherm customized the bike with a 100ci Ultima motor and an Ultima six-speed tranny. He upped the rolling stock with a set of 21- and 16-inch 80-twisted-spoke wheels and added a single-fire ignition, six-gallon Fat Bob tanks, 16-inch apes, a hydraulic clutch, a Mustang seat, and a set of hard bags. The custom paint was squirted by Rick Robinson, and the whole thing was assembled by Boones House of Strokers.