The Race Of Gentlemen Heads To Santa Barbara

Hot on the heels of the smashingly successful Bradford Beach Brawl, The Race of Gentlemen (TROG) announced it will be taking its tank-shifting slide show to the streets of Santa Barbara, California. The Santa Barbara Drags will feature good old-fashioned racing on the streets. Traditionally, TROG takes place on the beach, so this is new territory for the troupe of retro-riders. Information is limited because organizers are still in the process of nailing down permits (no easy task). 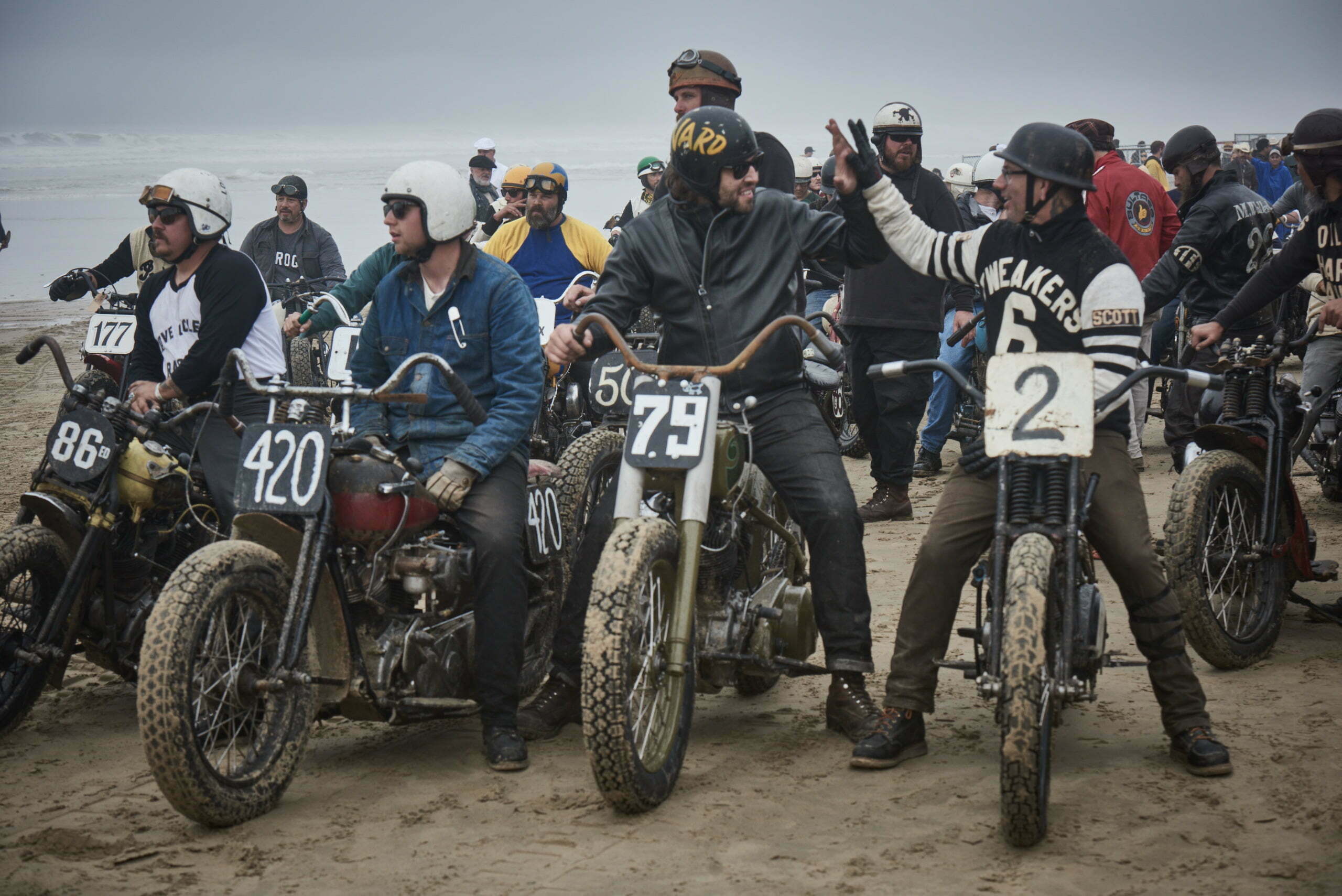 Last time TROG was out west, the event took place in Pismo Beach on the sand. This time, they’re taking it to the street.

Announcing… the “SANTA BARBARA DRAGS.” Yes, you heard us correctly… Street Drag Racing in the fine city of Santa Barbara!!! Before there were dragstrips, we street raced… In the old days, you had to sneak down to the LA river and challenge your friend or foe for a race for bragging rights, for a gal, for pink slips, whatever your poison? Now… we have been asked to STREET RACE for those same bragging rights! We are honored and amazed that this beautiful city wants to see some good ole fashion ACTION!!! #fun#godiloveamerica… Race entries will open soon… Details on exact dates, and all your unanswered questions coming ASAP!!! Just had to hip you to this so you racers and friends can prepare for some good ole fashion fun!!! #getsome#oilerswhoelse

While Santa Barbara might not be the first city to pop into mind when talking about motorcycle racing, it once was a hotbed. There’s a book titled Motorcycling in Santa Barbara County by Ed Langlo and Tony Baker that chronicles its history.

“Starting in the early 1900s, Santa Barbara County became home to over a dozen motorcycle race courses. Not one of those battlegrounds survives today. Pershing Park once had a stadium, Elings Park on Las Positas Road was Veronica Springs Hill Climb Course, and before that, La Conchita was home to hill climbing and TT events. Motorcycling in Santa Barbara County will take the readers back in time to the glory days of two wheels on city streets and engage them in competition at its race tracks. Preserved in these pages are the first-hand stories of the men that competed on these courses as far back as 1924.” 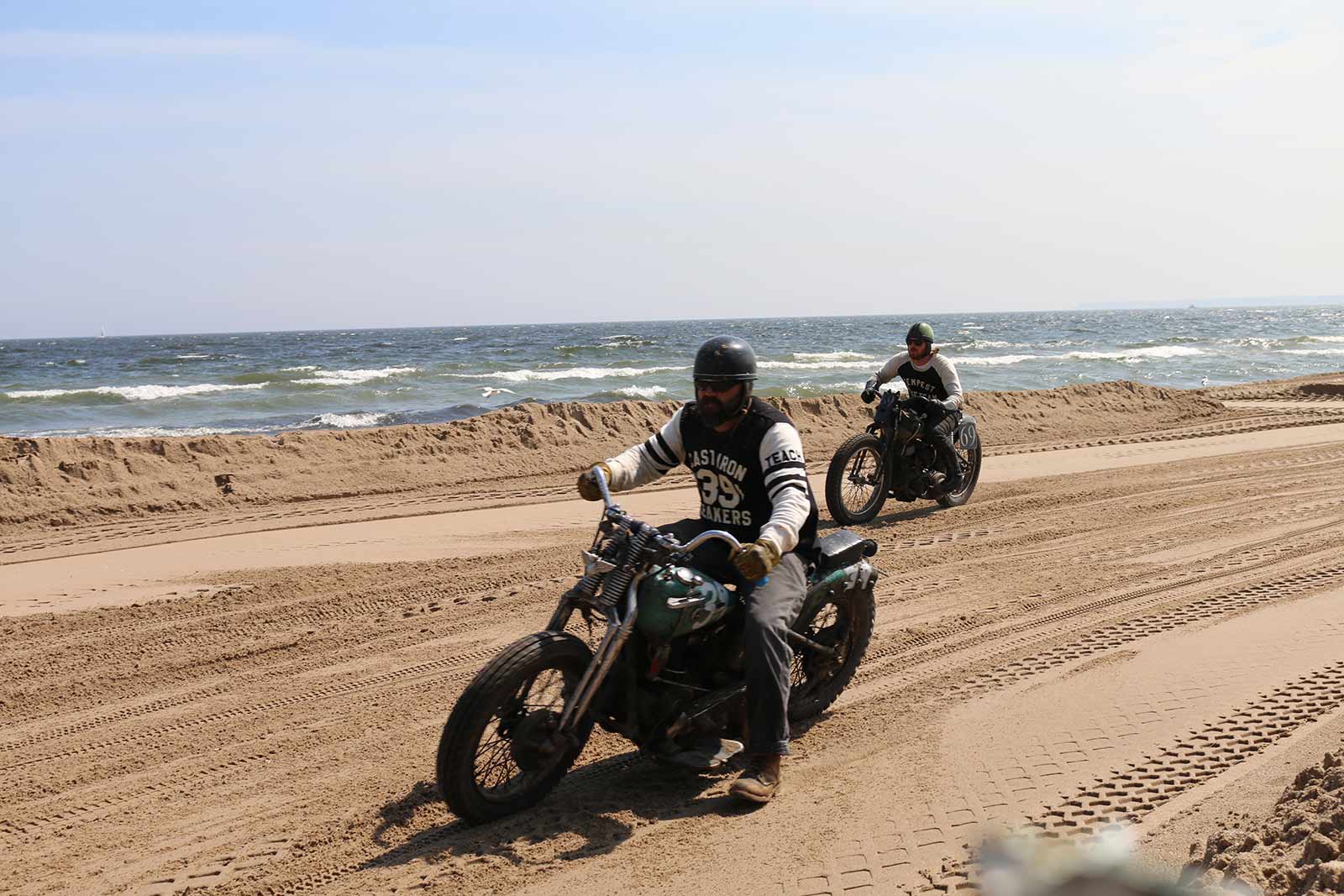 It’ll be East Coast meets West on the streets of Santa Barbara once TROG comes to town.

Going through comments below the TROG post, apparently the gauntlet between East and West is already being thrown down. Check it out:

“hollywqqdvillain @yeoleghost, is it too early to start the s—t talking on those west coast lady boys? Are we going to have to make it clear in the rules that DRAG racing doesn’t involve skinny boys in short skirts and halter tops!”

While TROG is primarily based on the upper East Coast, there are plenty of cats who can sling those old bikes around on the West Coast as well. It’s going to be pandemonium on the streets of Santa Barbara, and we can’t wait!