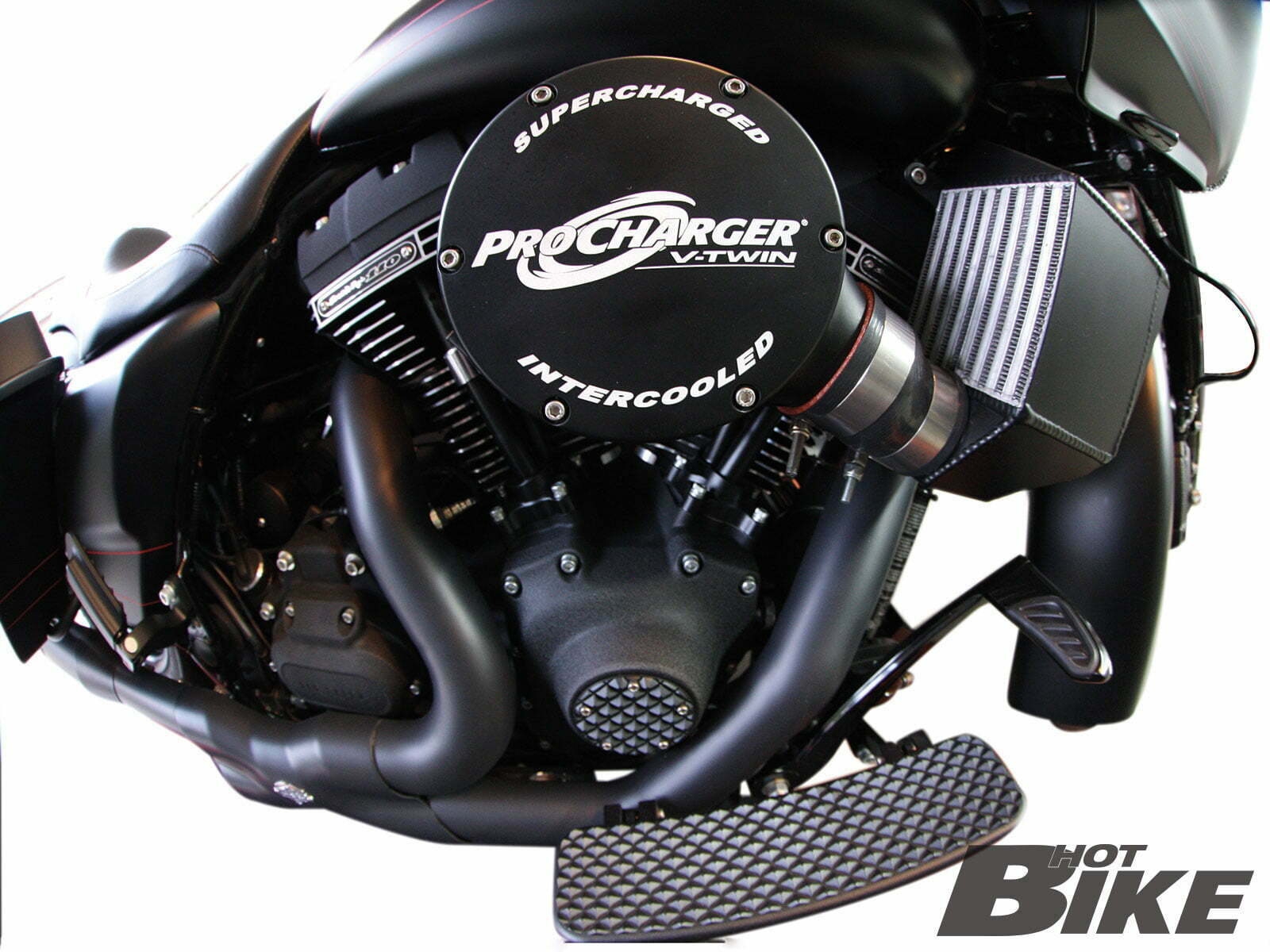 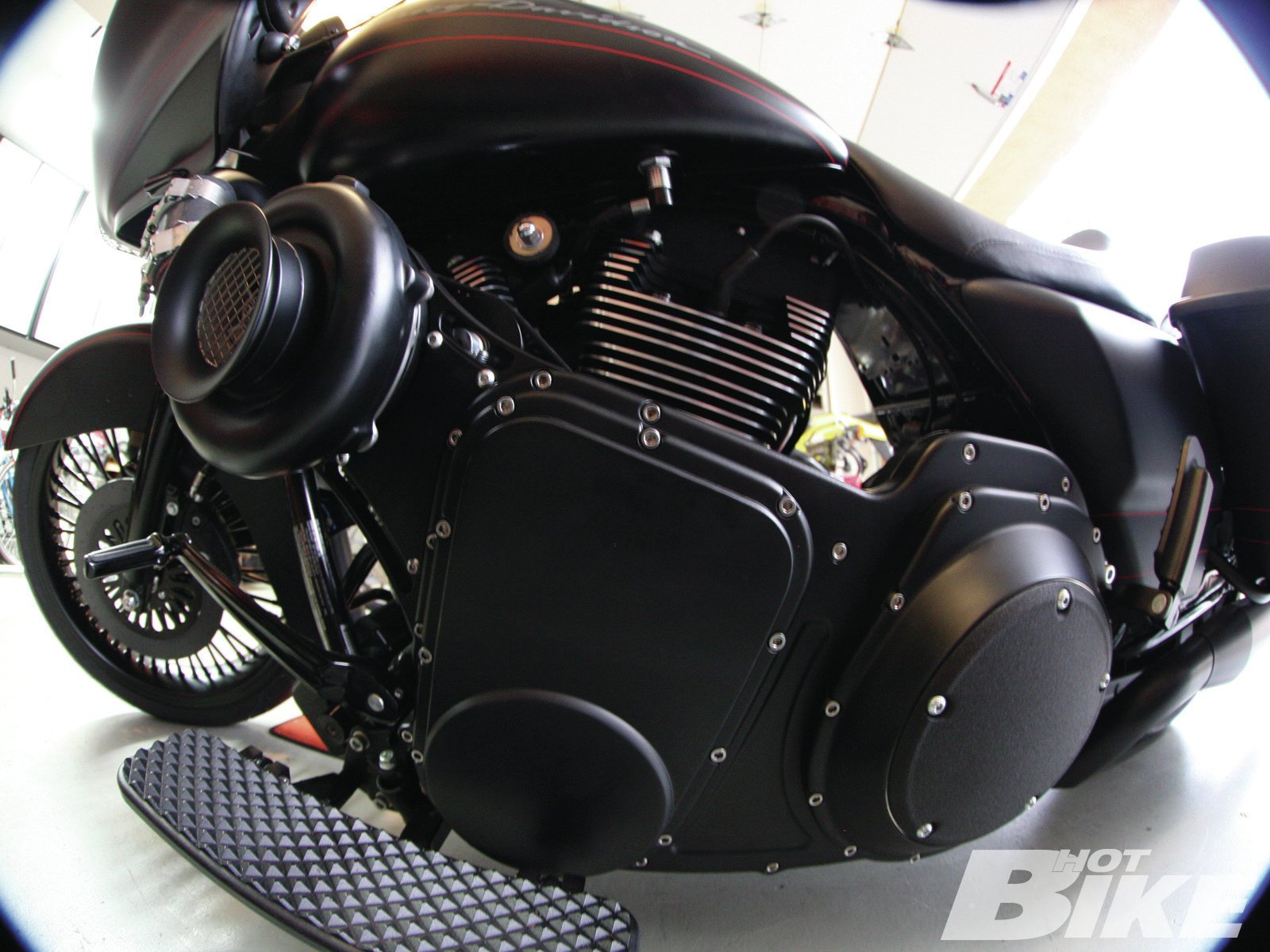 How would you like up to 80 more horsepower on that bike of yours in less than a day’s time? Well, the fine folks at ProCharger have a tip-to-tail bolt-on air-to-air inter-cooled centrifugal supercharger kit that can and will get your stock motor double its ponies and that back tire squealing for mercy.

It is controllable power too. When you’re putting in traffic or just cruising, the newly blown motor acts just like a tame bike with a small cam and mild compression. That’s until you crack that throttle, the boost comes in, the ProCharger forces some induction, and you have some major league power coursing through your bike.

Just by putting a ProCharger on your bike, you will see a 15hp gain over what the motor would make on its own, but as the revs get to 2,500 rpm, linear horsepower gains become bigger and bigger. By 3,500 rpm, the blower makes 25-30 hp over what the stock motor would, and it just keeps ascending to well more than 60hp at redline. Yes, with a ProCharger you now have what feels like a Hayabusa in Harley skin.

We recently installed one on our 2012 110ci Road Glide and saw 151 peak horsepower with a relatively low boost set. The power came on very predictably through the normal revs and we loved how the bike rode like stock when in stop-and-go traffic. The big deal of course was the gobs of extra white-knuckle power the bike had while we were running in the boost. The 900-pound pig of a bike felt like a rocket while in the high rpms! We seriously still can’t get the grins off of our faces from getting this bike outfitted with a supercharger.

Sure, the kit is $5,400, but for that amount of bolt-on hassle-free horsepower, we found it to be one hell of a good deal for anyone wanting some real power for their bike. ProCharger has many kits available for just about every V-twin–powered bike you could imagine. For more info on how to get blown, check out procharger.com