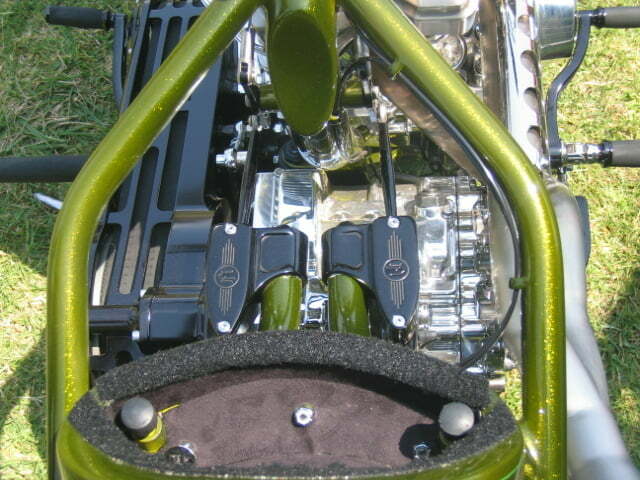 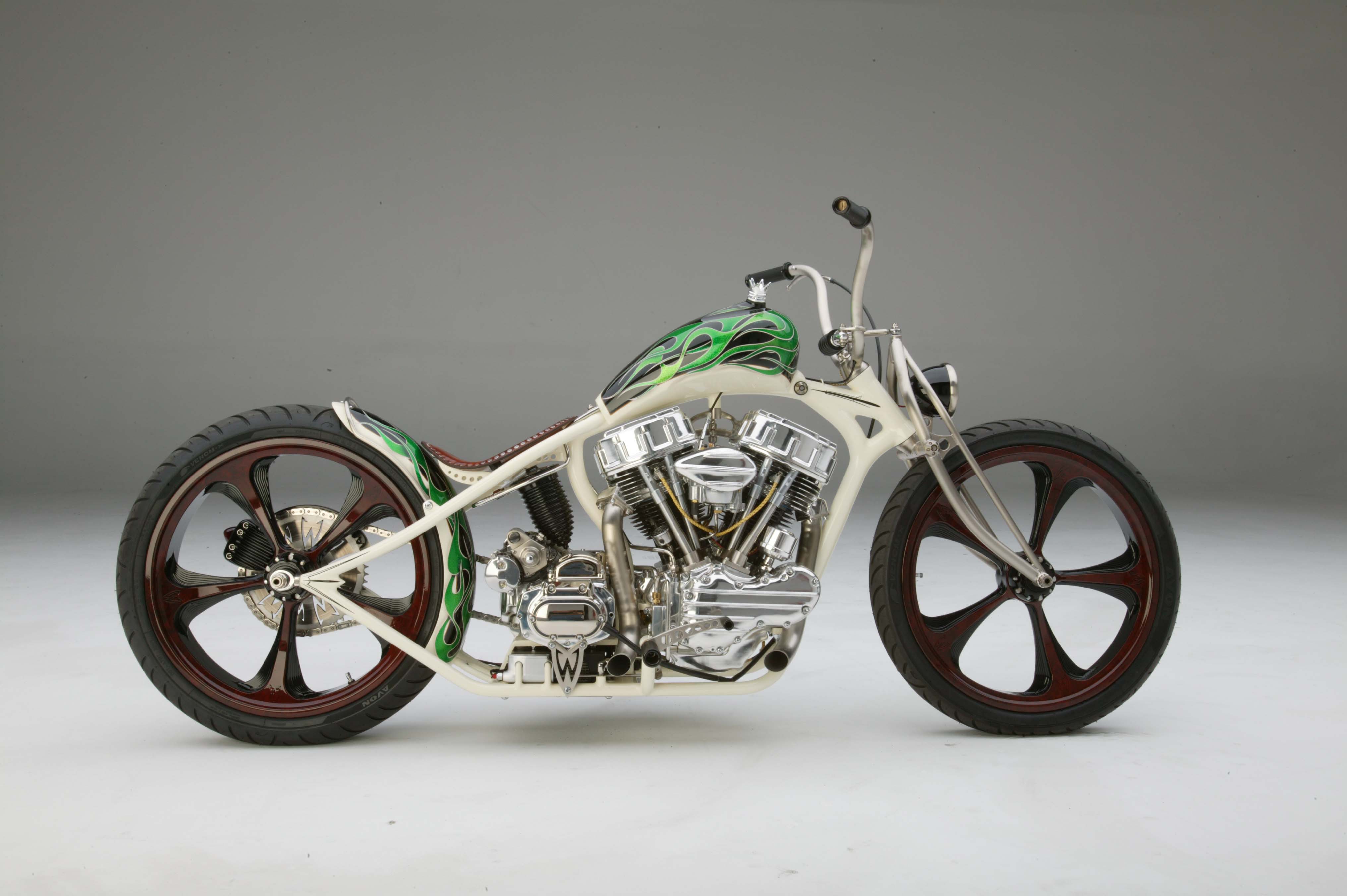 There are two rules of thumb people usually follow when customizing their Harley or building a ground-up custom; bolt on as much chrome as possible or the less is more approach.

There are two rules of thumb people usually follow when customizing their Harley or building a ground-up custom; bolt on as much chrome as possible or the less is more approach. The chrome route is pretty self explanatory, but the less is more means creating a bike that is as clean and clutter free as possible, basically if doesn’t make the bike run, stop, or go faster then it doesn’t need to be on there. Creating a safe and rideable bike that is also cool and sanitary can be very difficult. However, with some out of the box thinking and knowing where or how to hide critical components, you can really make people scratch their heads. I found a perfect example of this the other day while at a show.
I was cruising around checking out the bikes when I came upon Greg Westbury’s booth of Westbury Hot Rods. If the name sounds familiar, that’s because Greg builds some pretty amazing cars and motorcycles. In fact we featured one of his bikes on the cover of our Vol.39 No.4 issue. Greg has a nice display of bikes out, but what caught my eye was a green bike he had built. There was a group of people surrounding the bike, and Greg had the seat flipped up. Like most humans my curiosity got the best of me so I had to go see what everyone was looking at. Hidden under the seat, Greg had welded to round posts to the frame and mounted two black Performance Machine master cylinders mounted to the posts. So with the seat down, nobody knew the difference and the bars were totally clean except for the grips and the front brake lever.
It was a pretty clever idea and definitely gave me some food for thought as I consider the rebuild of my ’96 Springer.