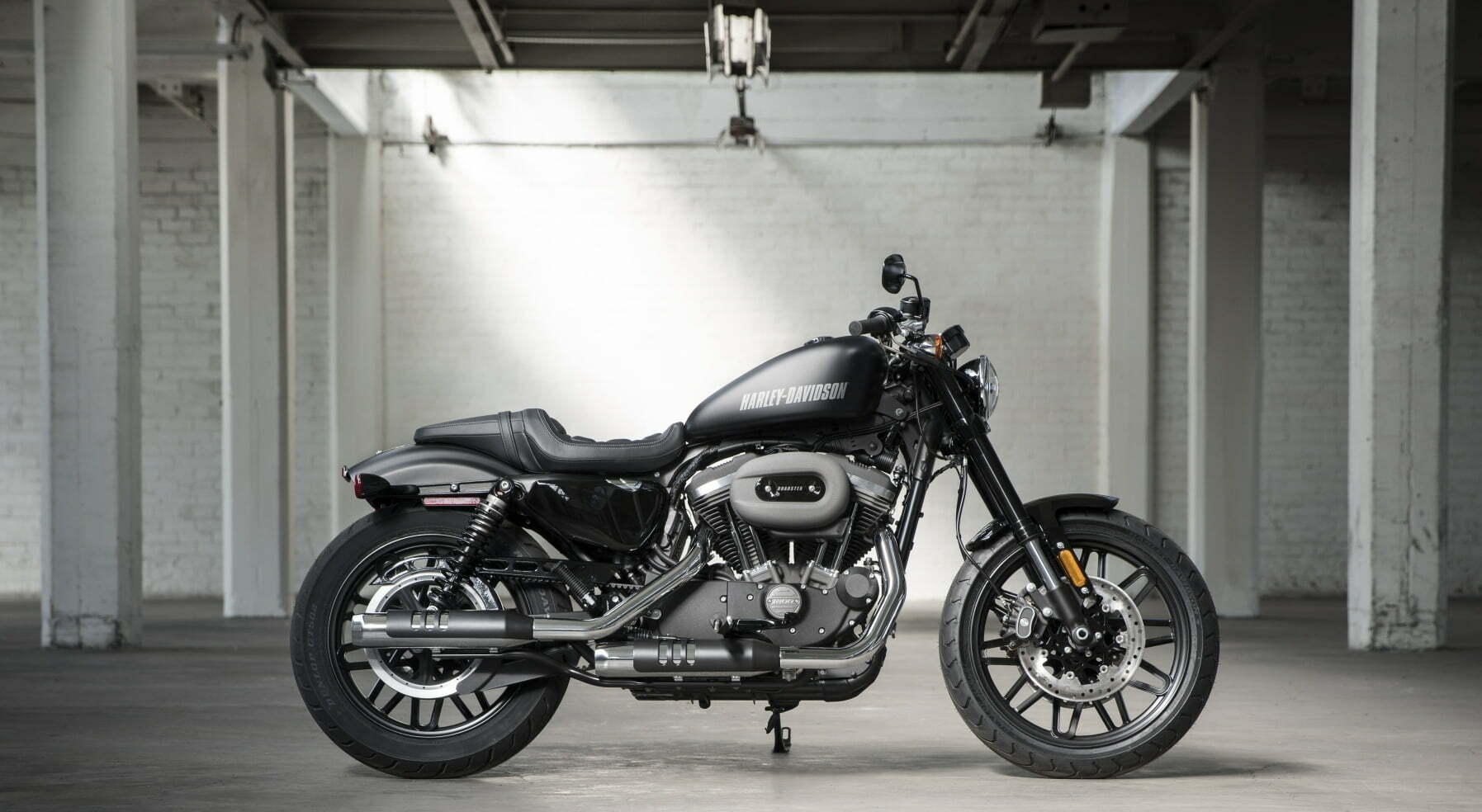 MILWAUKEE (April 18, 2016) – The Harley-Davidson® Dark Custom™ lineup has a new addition. With a minimalist, fastback design inspired by classic racing motorcycles, the nimble Harley-Davidson® Roadster™ will inspire a new generation of riders to take to the streets.

“Since its introduction in 1957, the Harley-Davidson Sportster has proved capable of constant reinvention, and the Roadster writes a new chapter in that story,” said Harley-Davidson Director of Styling Brad Richards. “We’ve watched our customers take the Sportster in so many different directions. The Roadster is a mash-up of styling genres, but the intent was to build a rider’s motorcycle, a Sportster that’s lean and powerful and connects the rider to the road.”

As the newest member of the Dark Custom lineup, Roadster combines modern performance and retro-inspired styling with premium suspension components, an air-cooled 1200cc V-Twin engine that delivers a strong pulse of mid-range torque and a profile reminiscent of vintage racing motorcycles from the 1950s and 1960s.

“We wanted to give the Roadster some DNA from the high-performance KHR models of the mid-50s, and later Sportsters tuned for the drag strip,” said Richards. “Those bikes had fenders cut to the struts, the small fuel tank, and were stripped to their bare essentials to achieve a singular performance purpose.” 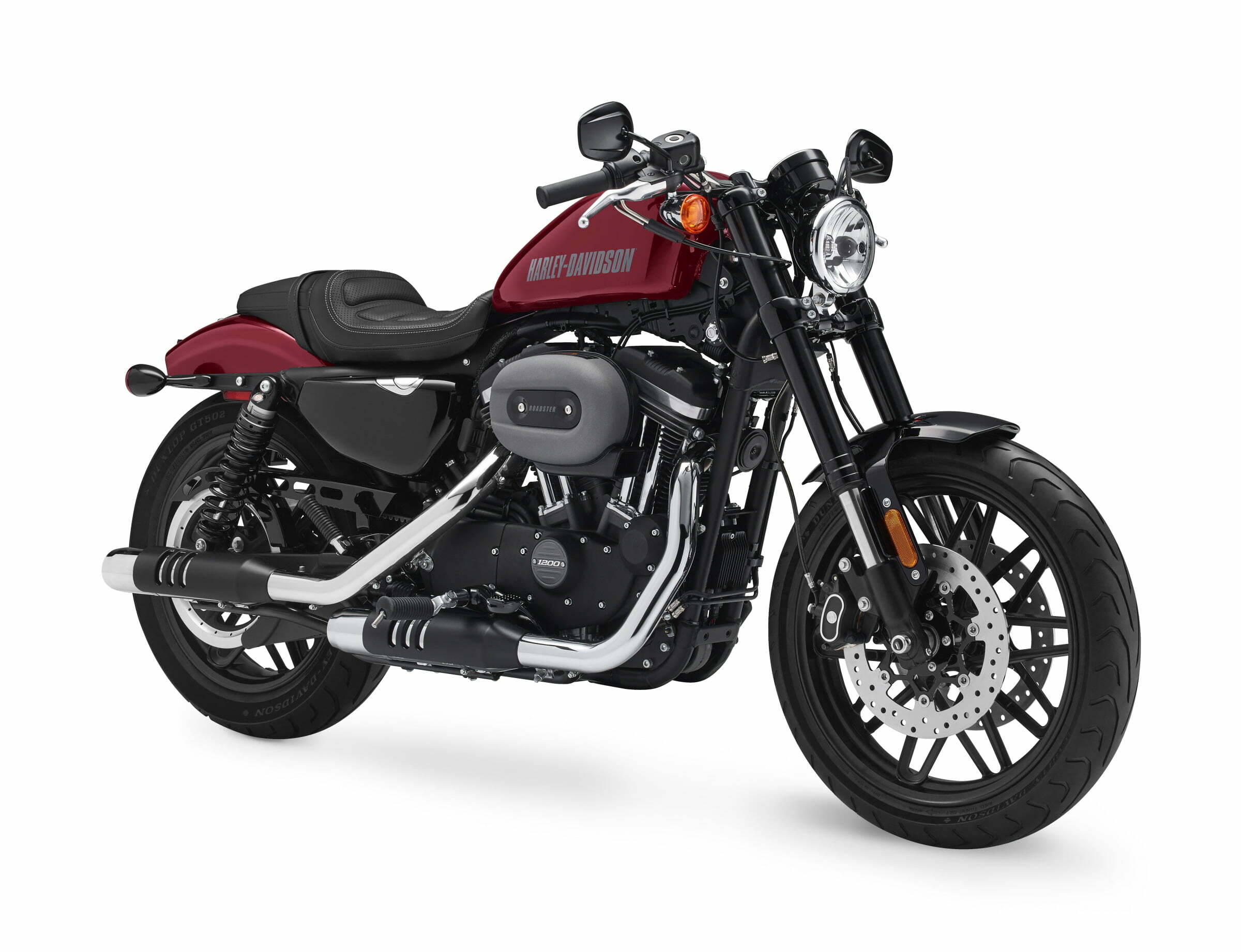 The 19-inch front and 18-inch rear Offset-Split 5-Spoke cast aluminum wheels were designed specifically for the Roadster and contribute to its balanced, athletic stance. The Roadster puts its rider in an aggressive posture with a new low-rise handlebar and mid-mount foot controls that center the rider’s weight over the classic profile of the 3.3-gallon Sportster® fuel tank.

“The wheels were inspired by classic laced wheels, and are the most intricate cast wheel we’ve ever created,” said Harley-Davidson Industrial Designer Ben McGinley. “The interlacing spokes shoot outward toward opposite sides of the wheel, creating a dramatic visual effect. These wheels are also very light for their size, which contributes to the Roadster’s handling performance.”

Roadster’s suspension is enhanced by new 43mm inverted single-cartridge forks with tri-rate springs gripped in robust triple clamps and rear suspension featuring gas-charged emulsion coil-over shocks and tri-rate springs with adjustable pre-load and offers greater suspension travel than any other Sportster model – 4.5 inches in front and 3.2-inches in the rear. Outstanding stopping power is achieved with dual 11.8-inch floating rotors on the front wheel. The Roadster is available with optional ABS brakes.

In keeping with its stripped-down styling, the Roadster’s rear fender has been clipped 1.5 inches shorter than previous bobbed Sportster fenders. The slotted belt guard and muffler shields mimic the lightening holes drilled in race-bike components, and a single four-inch diameter instrument tucked low in front of the triple clamp features a sweeping analog tachometer with an inset digital speedometer. Rear turn signals mounted directly to the fender struts, a side-mount license plate and fastback seat design give the rear of the bike a tight and uncluttered look.

“The seat’s profile flows into the very short rear fender,” said McGinley. “The cover features a series of pads inspired by an armored leather jacket, and the rear of the seat is designed as a passenger pillion, to give the Roadster added versatility.”

To test ride a Roadster or any of the 2016 motorcycles, visit a Harley-Davidson authorized dealership or schedule a test ride online at H-D.com. 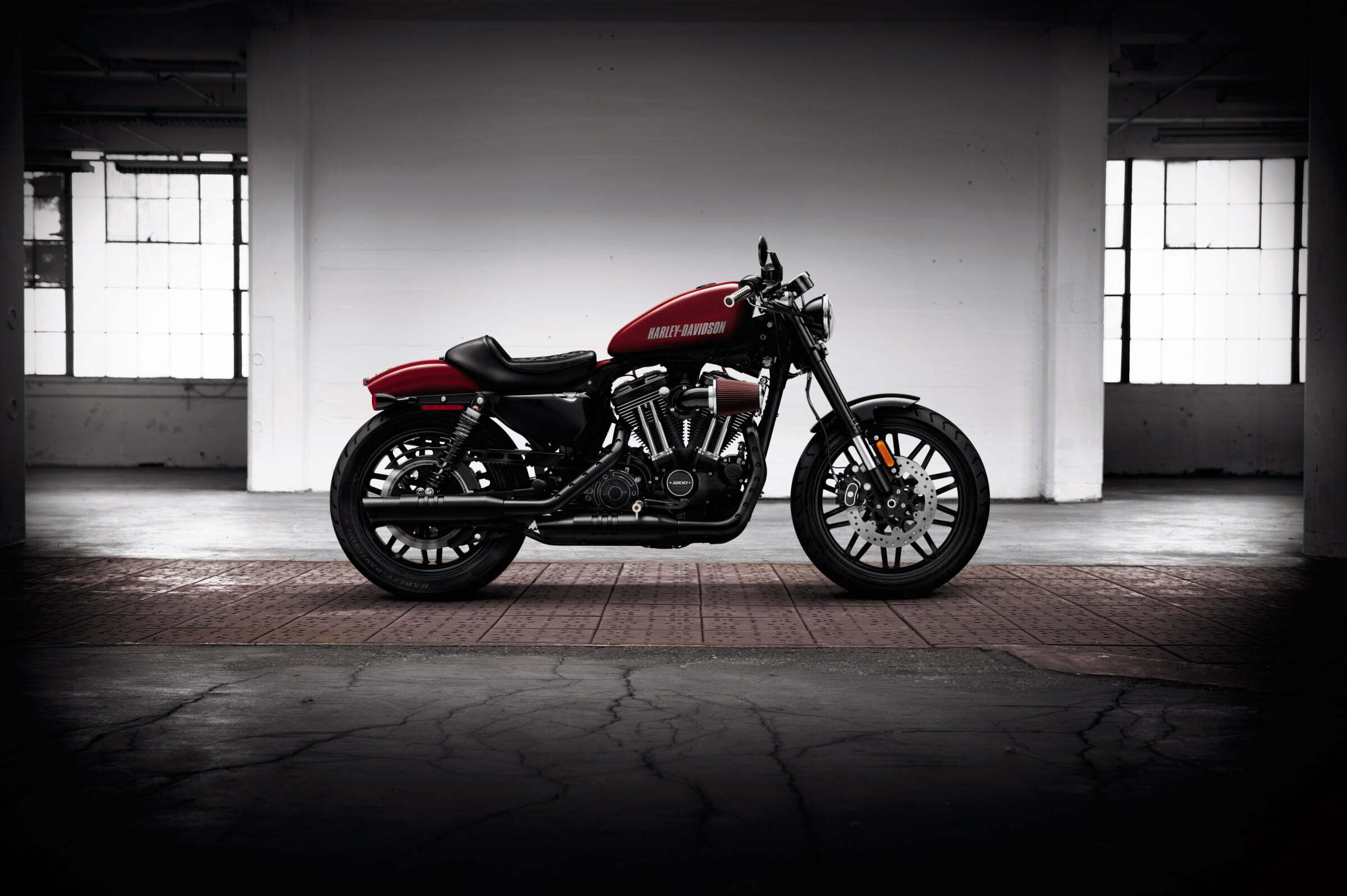 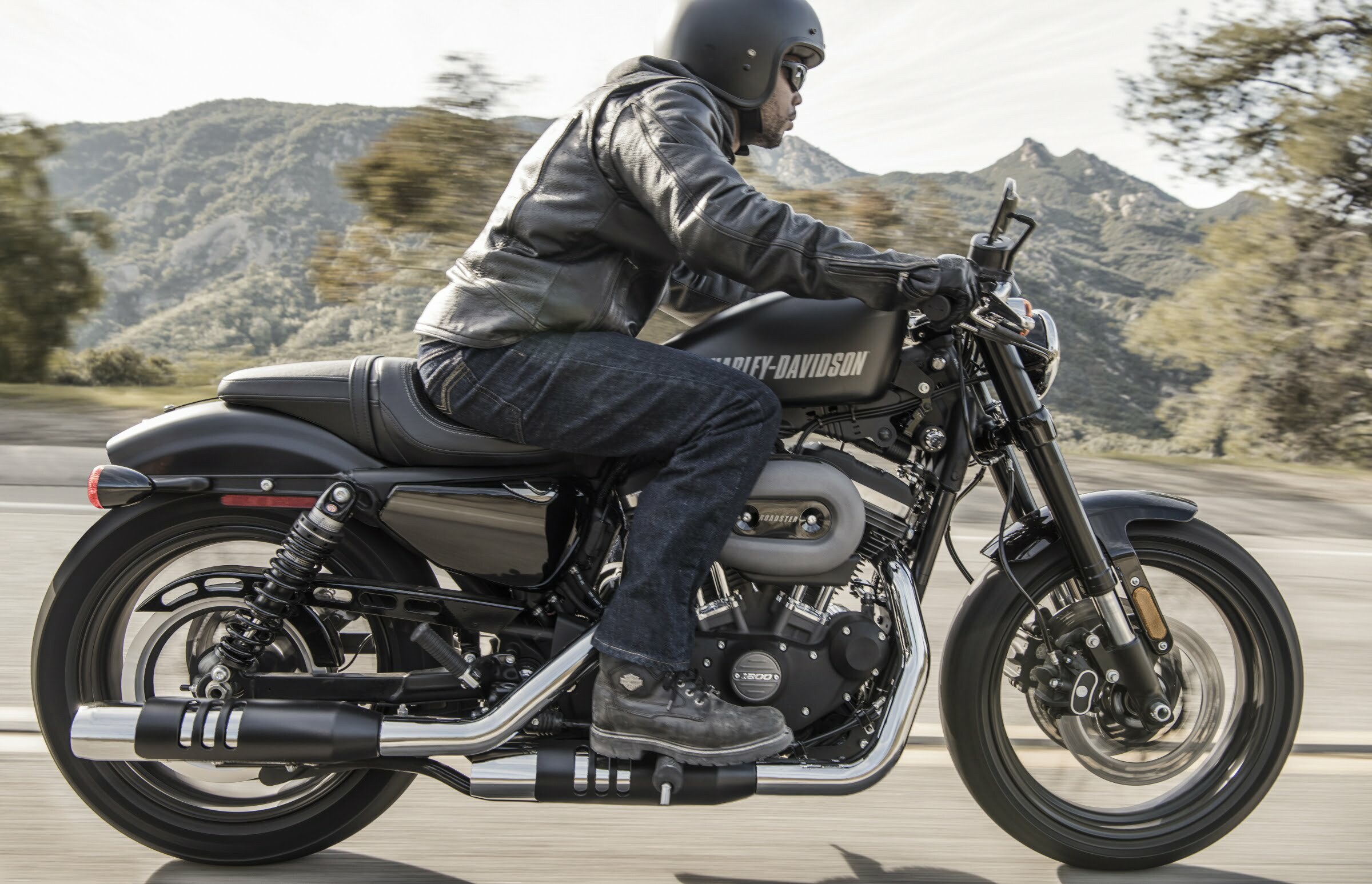 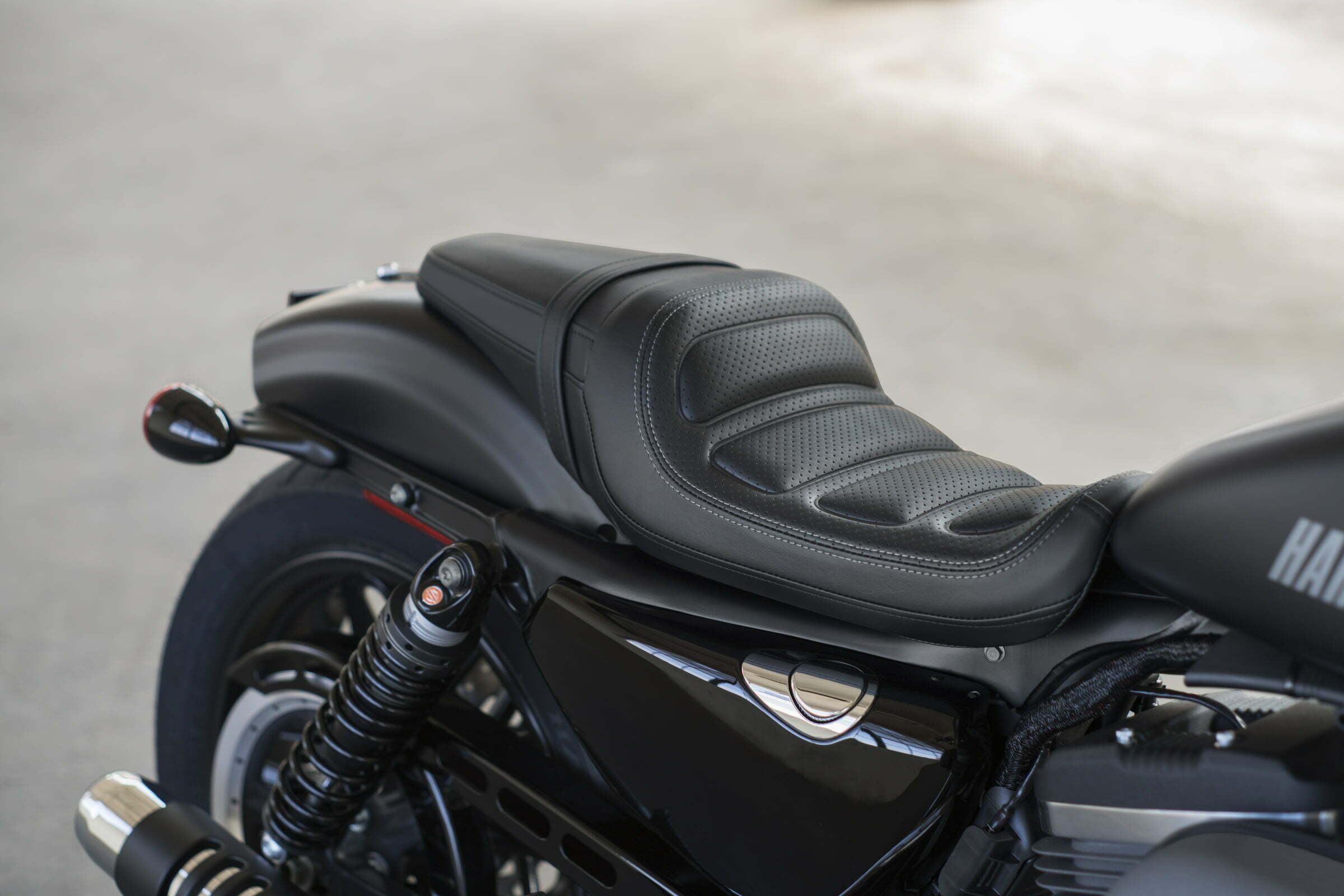 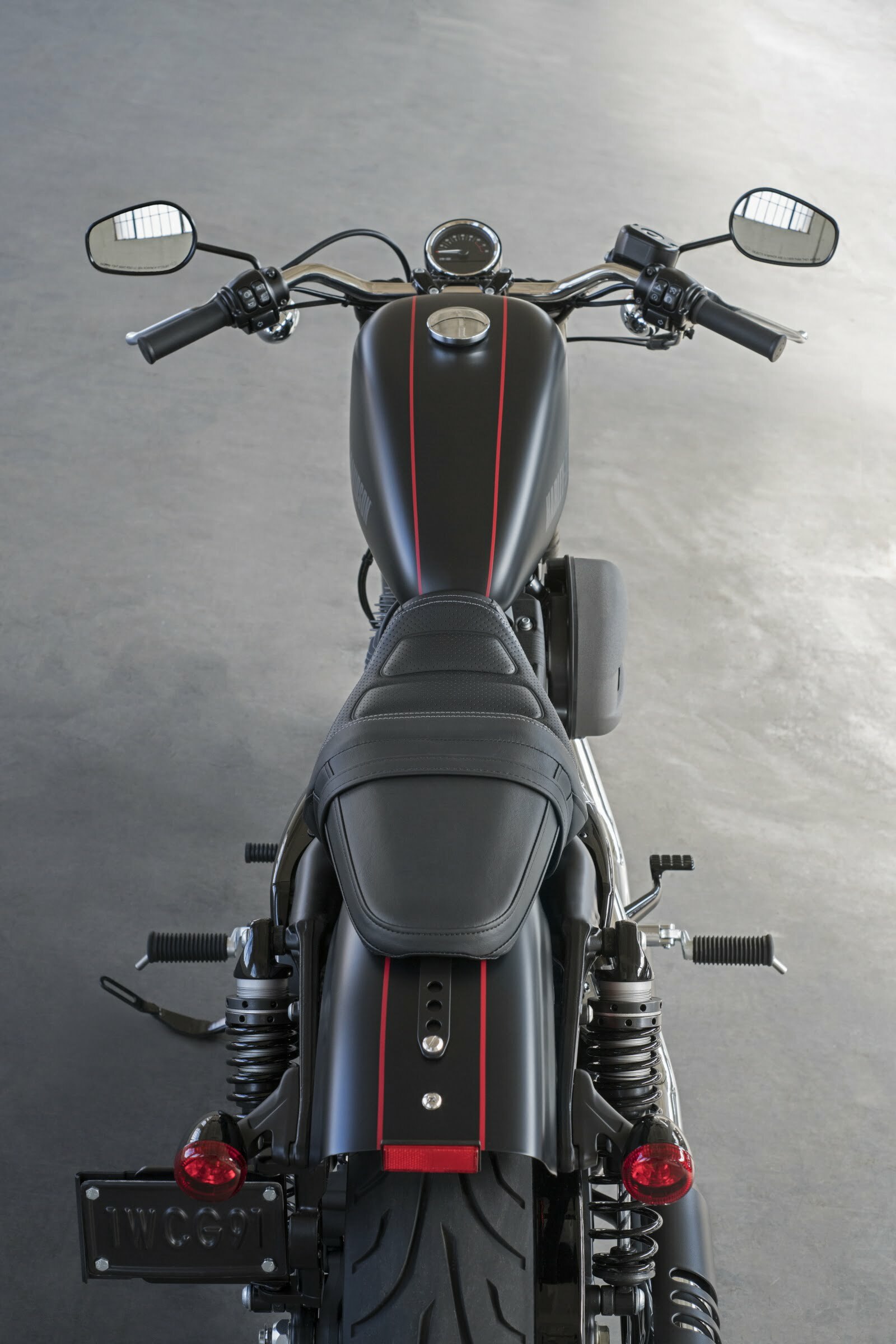 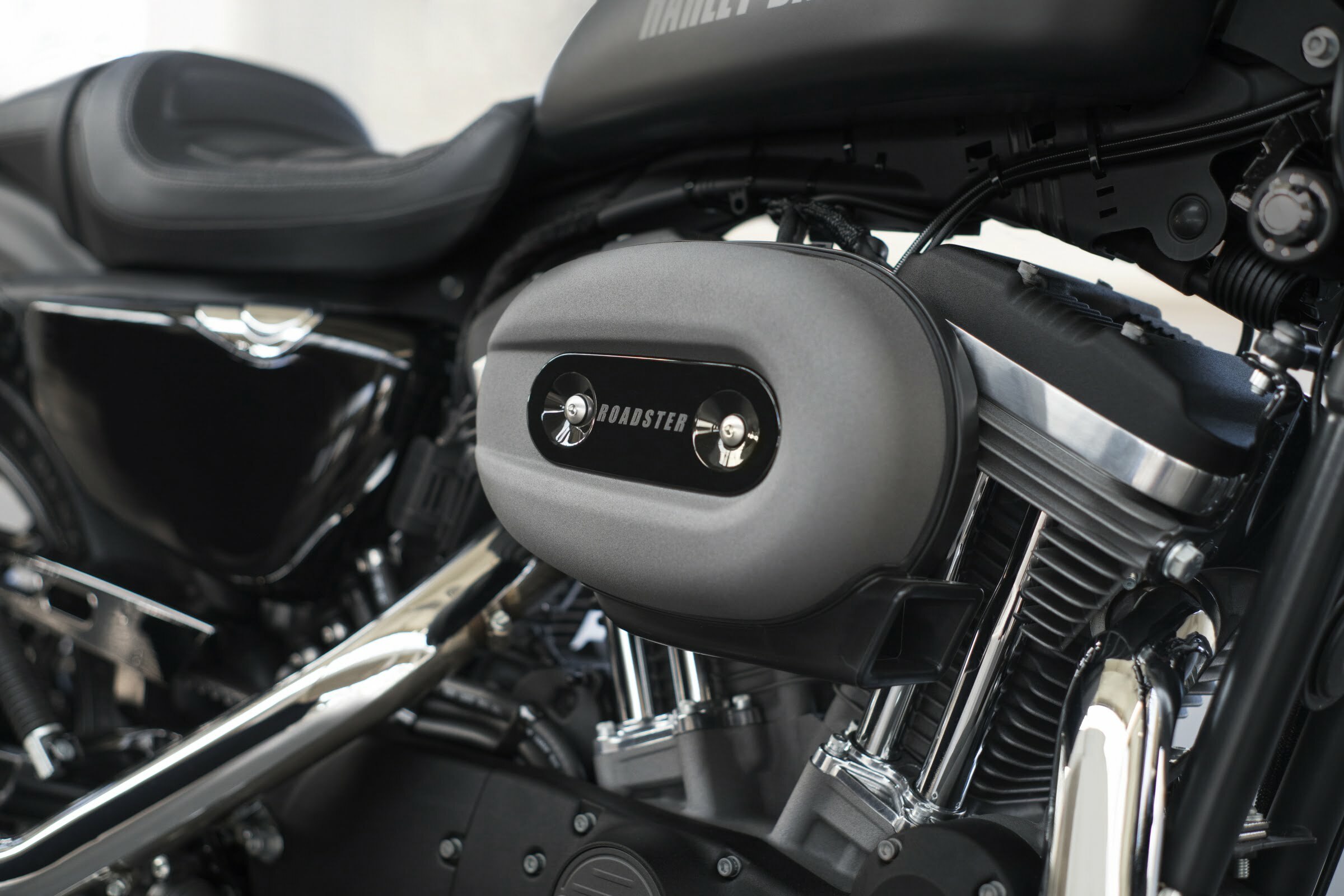 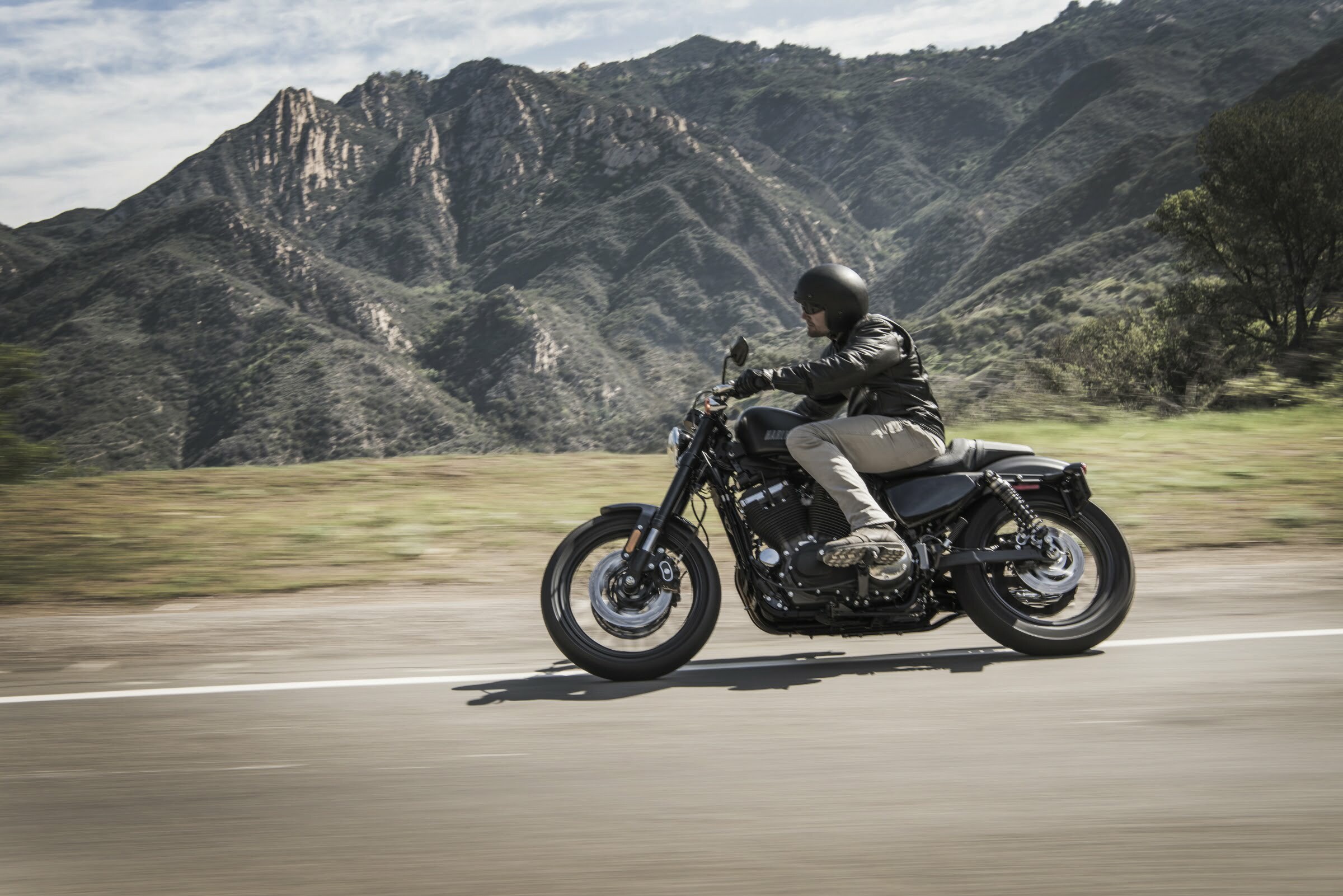 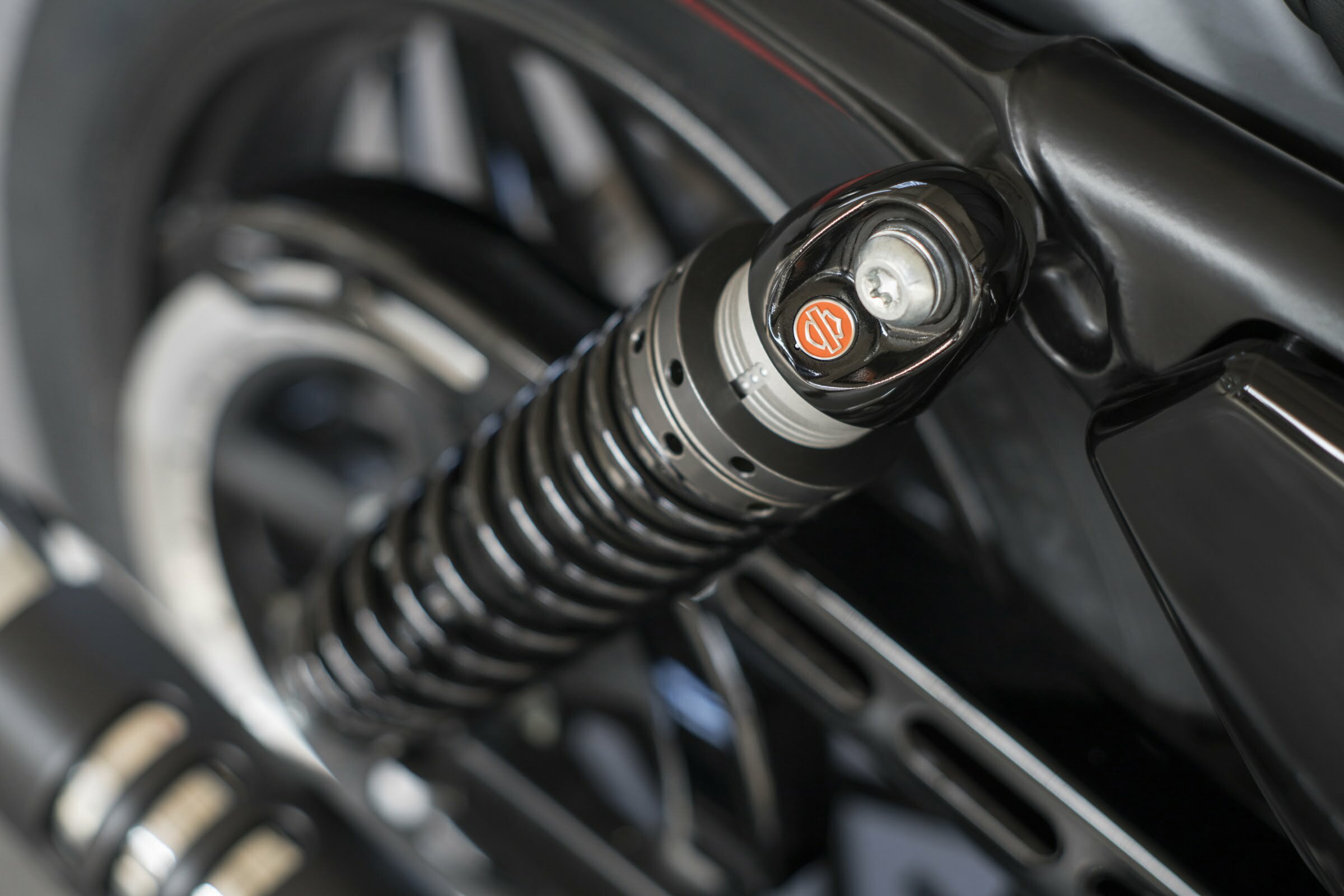