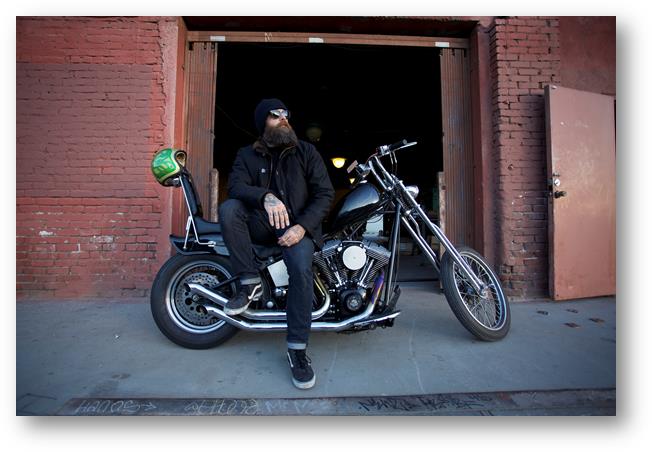 Discovery is gearing up for motorcycle mania with the debut of its newest series SACRED STEEL BIKES, premiering Monday, September 12 at 10PM ET/PT as part of the network’s iconic Motor Mondays line-up. The series, produced by Half Yard Productions, will take viewers inside one of the most exclusive and unusual bike clubs in the world that produces one-of-a-kind pieces of art. SACRED STEEL BIKES debuts a week after Discovery Channel’s highly anticipated 3 part mini-series HARLEY AND THE DAVIDSONS which tells the story of the iconic Harley Davidson.

Rather than the stereotypical rough and tough biker crew one might expect, SACRED STEEL BIKES follows a diverse group of elite individuals who come from a multitude of careers. From an Automotive Engineer to a Metal Fabricator to a high-end Beverly Hills Retail Associate, artisans from all spectrums of life are united in their passion for bike building and riding. The club has granted them a motorcycle oasis to live out their alter egos.

Jason Wilson opened shop with Sacred Steel over a decade ago and never looked back, crafting custom fabricated high-end choppers and painstakingly restoring American classics. From humble beginnings, Jason and his motley crew of misfit friends honed their mechanical skills and founded Douche Larouche, now a full-fledged institution, complete with bylaws, regular meetings and in chapters across the country and around the globe. The members have built a tight-knit brotherhood who have each-others back all while having the time of their lives.

Each year, Jason and the team transform dozens of bikes into masterpieces. If the customer has the cash or the connections, there is no limit on what they can do. Through favors to other members, neighboring chapters, and friends of friends, Jason has grown an immense clientele alongside his wild crew. SACRED STEEL BIKES captures the build along with the adrenalin-fueled world of bikers. The guys are as loud as their bikes – and enjoy having fun along the ride.

SACRED STEEL BIKES is produced for Discovery Channel by Half Yard Productions. For Half Yard, Executive Producers are Sean Gallagher, Abby Greensfelder and John Jones. For Discovery Channel, Executive Producers are Craig Coffman, Christo Doyle and John Slaughter and Producer Meagan Davis. To learn more, go to www.discovery.com, on Facebook at Facebook.com/discovery and on Twitter @Discovery.

Discovery Channel is dedicated to creating the highest quality non-fiction content that informs and entertains its consumers about the world in all its wonder, diversity and amazement. The network, which is distributed to 100.8 million U.S. homes, can be seen in 224 countries and territories, offering a signature mix of compelling, high-end production values and vivid cinematography across genres including, science and technology, exploration, adventure, history and in-depth, behind-the-scenes glimpses at the people, places and organizations that shape and share our world. For more information, please visit www.discovery.com

About Half Yard Productions

Founded by former Discovery senior programming executives Abby Greensfelder and Sean Gallagher in 2006, Half Yard Productions creates innovative, high-quality unscripted programming for the global television marketplace. Its current production and development slate includes series and specials for Discovery Channel, Velocity, TLC, Travel Channel, Animal Planet, History Channel and Nat Geo Wild. For five consecutive years, Realscreen Magazine has named Half Yard as one of their Global 100. The company has been featured in such media outlets as Smart CEO, The Washington Business Journal, Wall Street Journal and the New York Times. Half Yard Productions is a part of Red Arrow Entertainment Group (a ProSiebenSat.1 Group company).