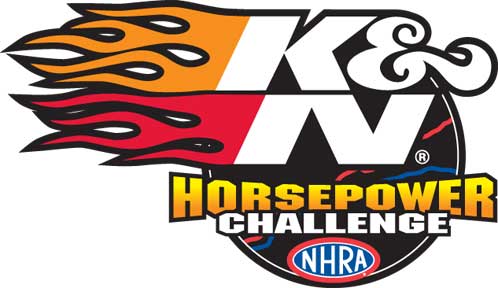 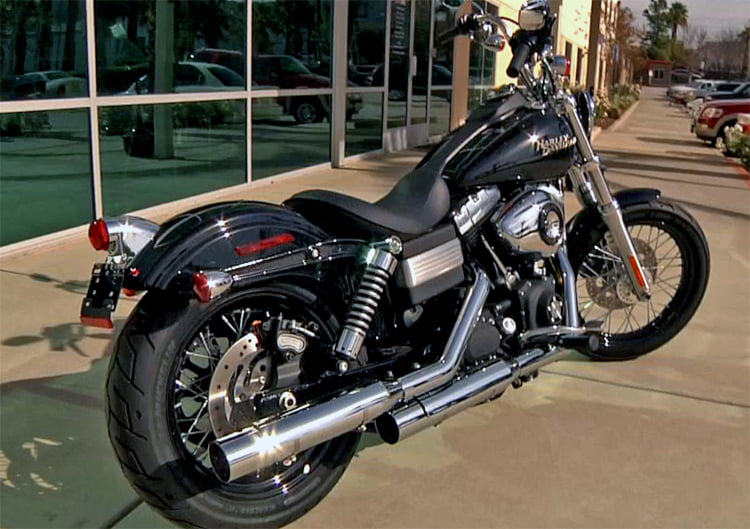 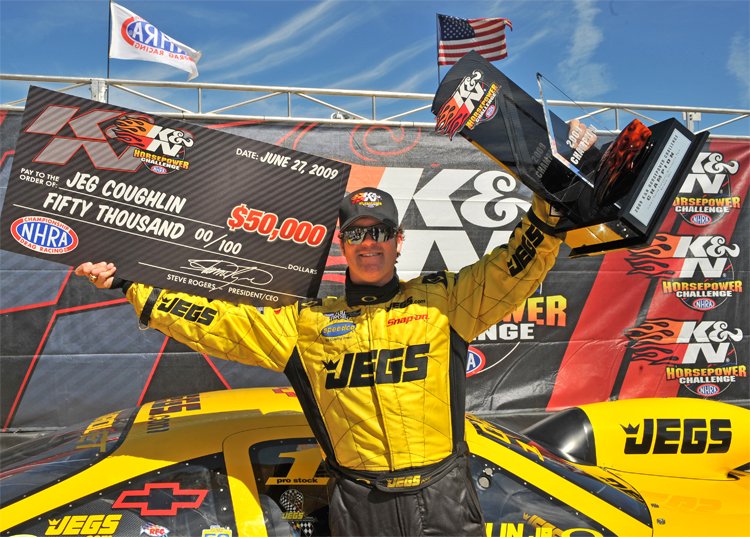 A day at the races is a great family activity with loads of fun, excitement, and who doesn’t love a plume of smoke and burning rubber. But what even better than watching a bunch of speed freaks put their loves on the line to make i ti the winners circle, is a chance for you, the spectator, to get a crack at standing in the winners circle as well.

This coming June, NHRA Pro Stock racers will head to Summit Motorsports Park in Norwalk, Ohio for a chance to win $50,000 at the 2010 K&N Horsepower Challenge Race. The top seven Pro Stock drivers who accumulate the most points while qualifying during the 23 race NHRA series face off in Norwalk, Ohio. “In 2010, we’re doing something different,” said Steve Williams, K&N Vice President of Research and Development. “We’re going to allow the fans to vote for the 8th Pro Stock Racer. It’s going to be the 7 drivers who earn the most points during qualifying at the events leading up to the Horsepower Challenge and the 8th driver will be picked by the fans.”

However, racers are not the only ones that can win. Eight K&N Horsepower Challenge Sweepstakes finalists will receive a once-in-a-lifetime trip to the Fourth annual Summit Racing Equipment NHRA Nationals in Norwalk, Ohio. In Ohio, each finalist will be randomly paired with one of the eight pro-stock drivers competing in the K&N Horsepower Challenge Race. Each finalist will join their driver on a stage before driver eliminations begin.

The sweepstakes finalist that is paired with the winner of the K&N Horsepower Challenge Race will win a 2010 Harley-Davidson Street Bob Motorcycle.