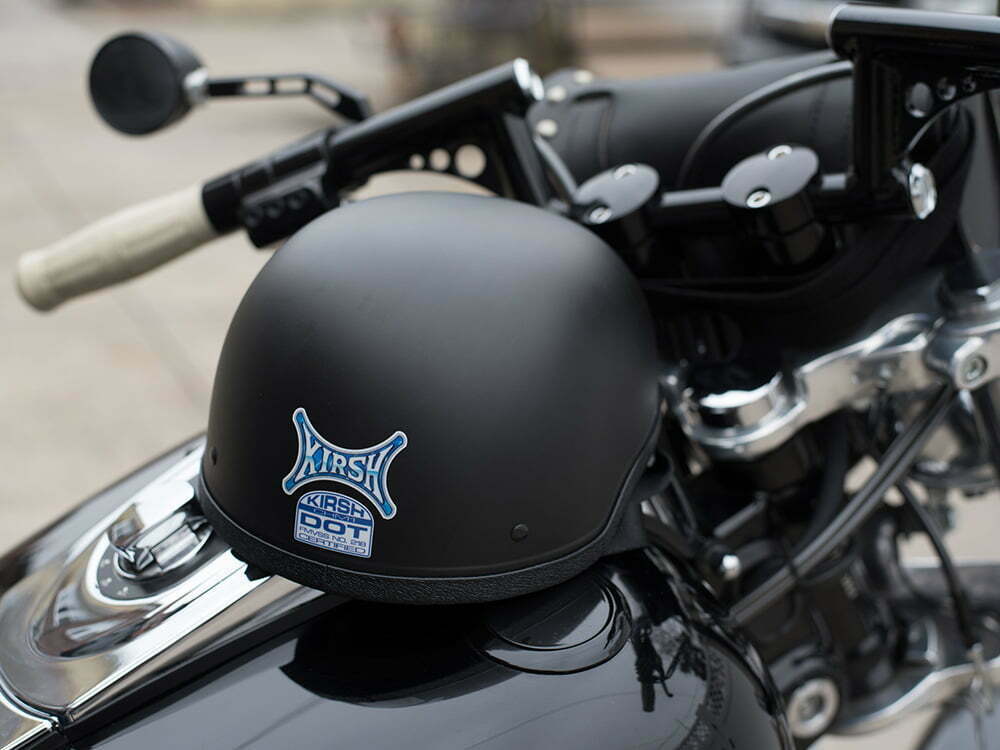 When Kirsh Helmets unveiled its CHM-1 half helmet last year we weren’t sure what to think. The ultra-low-profile lid is said to bring the center of mass close to the rider’s skull and “eliminates the majority of wind-drag coefficient and provides the rider with the smoothest riding experience.” But the kicker was the fact that, to absorb impacts, the CHM-1 doesn’t go with a standard-issue EPS liner, but uses fluid and silicone in an FDL liner. FDL stands for “fluid-displacement liner,” which Kirsh says mimics the body’s natural protective functions. According to the company, “The brain sits in fluid in the skull. With the FDL, the skull sits in fluid within the helmet. This allows for less mass, reducing impact torque, and a fluid buffer that more effectively protects the skull and brain.” The patented fluid-displacement liner sits inside a super-hardened shell.

We haven’t tried a CHM-1 yet, but now that 2018 is here, that helmet is finally being produced, so we’ll let you know when we get our hands on one. Kirsh has also announced that it’s the Official Helmet of Sturgis Rally. Yep, : Kirsh Helmets ]([https://kirshhelmets.com/|https://kirshhelmets.com/] ) inked a three-year partnership with the rally earlier this month. It seems that Sturgis, the largest motorcycle event in the world, has never had an official helmet, and now this multi-year deal makes Kirsh Helmets the official lid through the event’s 80th anniversary in 2020. “We’re excited to have Kirsh Helmets on board as a sponsor of the Sturgis Motorcycle Rally. We’ve never had an official helmet, but their made-in-America products and their breakthrough technology makes them the exact right fit for this event,” Rally Director Jerry Cole said.

Kirsch says size and style are key components that influence consumers when they shop for a helmet, and that’s probably true. Despite overwhelming evidence that helmet use reduces the likelihood of injury for motorcycle riders, many go without or settle for poor-quality half-shell helmets. It sounds like Kirsh is targeting that latter group with a more effective helmet.

Kirsh will have a retail location in the City of Sturgis and is actively supporting several major events in the Black Hills.