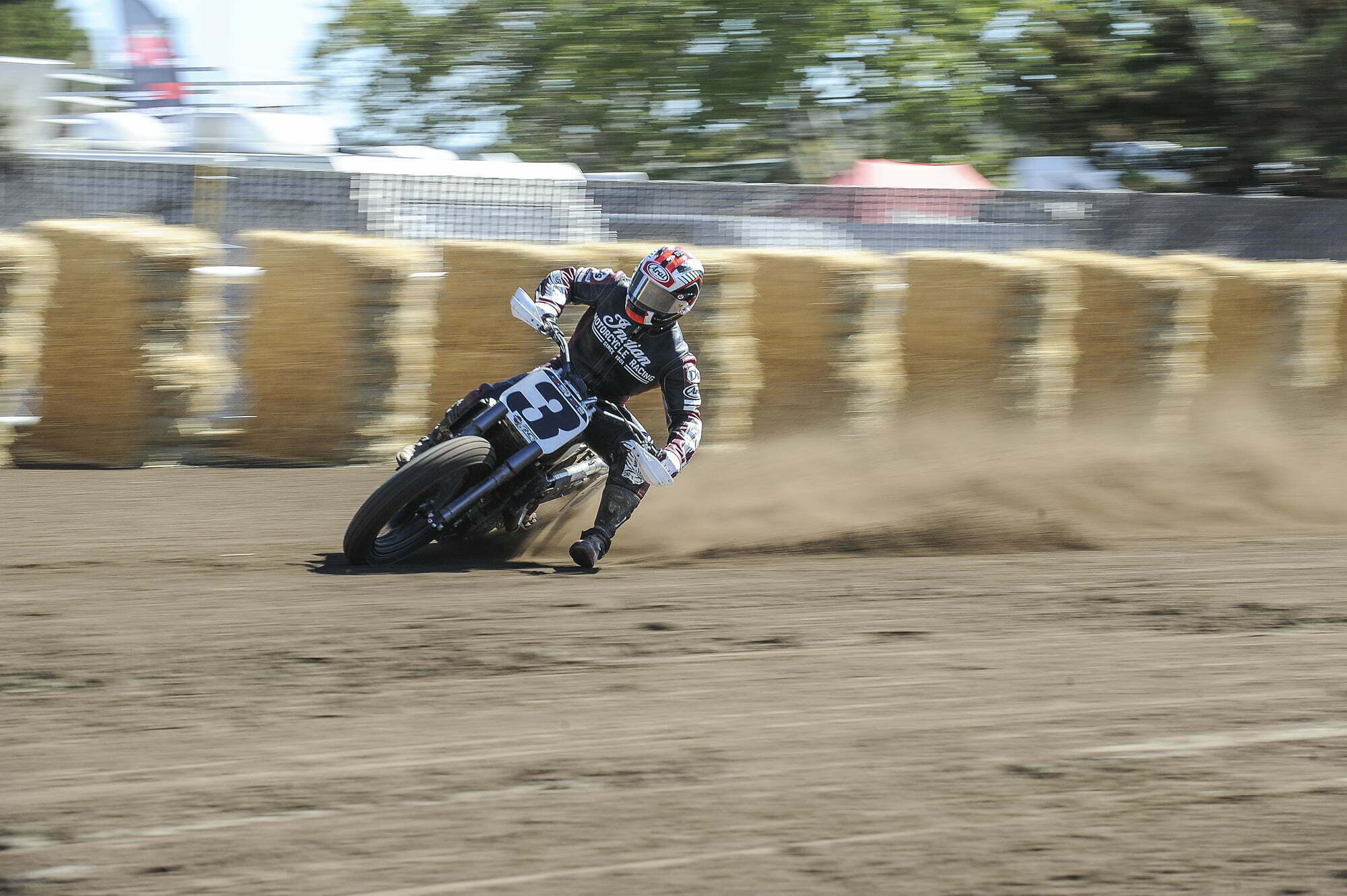 Indian Motorcycle is being anything but timid in its pursuit of victory at the track. America’s first motorcycle company announced the all-star members of its 2017 Wrecking Crew. Named after the famed Wrecking Crew of the 1940s and 1950s, the three riders will make history in 2017 as Indian Motorcycle continues its bold and aggressive return to AMA Pro Flat Track racing with its first factory racing effort since 1953.

The three riders were announced at the American Motorcyclists Association Flat Track Awards banquet following the Ramspur Winery Santa Rosa Mile AMA Pro Flat Track race in Santa Rosa, California. Indian Motorcycle is committed to winning, signing three of the world’s top riders who will live up to the legacy of the Indian Wrecking Crew of the 1940’s and 50’s that included Ernie Beckman, Bill Tuman and Bobby Hill.

“Flyin’” Bryan Smith, 33, from Flint, Michigan, began racing BMX at age six. He then moved to Flat Track and Ice Racing at age seven, and has been competing at the AMA Pro Flat Track Grand National Championship level since 2001, gradually climbing the ranks every year. In 2015, Smith competed in his first X Games, winning gold in the Flat Track event. Smith earned his first Grand National Championship in the 2016 season.

AMA Pro Flat Track Expert Grand National Champion Brad “The Bullet” Baker, 23, originally hailing from Dryad, Washington, is the third youngest Grand National Champion in the history of the sport. Baker won his first two career victories at the Hagerstown Maryland and Pomona California half-miles and was also the 2011 GNC Expert Rookie of the Year. Baker took a dominating win at the Santa Rosa mile.

Ricky Howerton is the team manager for Smith and Baker.

“Indian Motorcycle has a DNA in motorcycle racing. We will continue that push towards excellence on the street and in competition with the introduction of the Indian Scout FTR750,” said Gary Gray, Product Director for Indian Motorcycle. “AMA Pro Flat Track racing is highly competitive and we leaned on a global team for this factory effort and have engaged some of the best riders to exhibit our commitment to this legendary sport. That said, we are entering the series to do one thing – win.”

Having now successfully developed a lineup of nine award-winning models, Indian Motorcycle has fully dedicated its resources to a successful return to AMA Pro Flat Track racing with a purpose-built new race-only engine, a clean sheet design race bike, and world-class racing team that reflects the history and rich heritage of the brand. Indian Motorcycle was born out of competition, and throughout its history has used racing to develop and improve the product as well as expand the appeal of the brand. 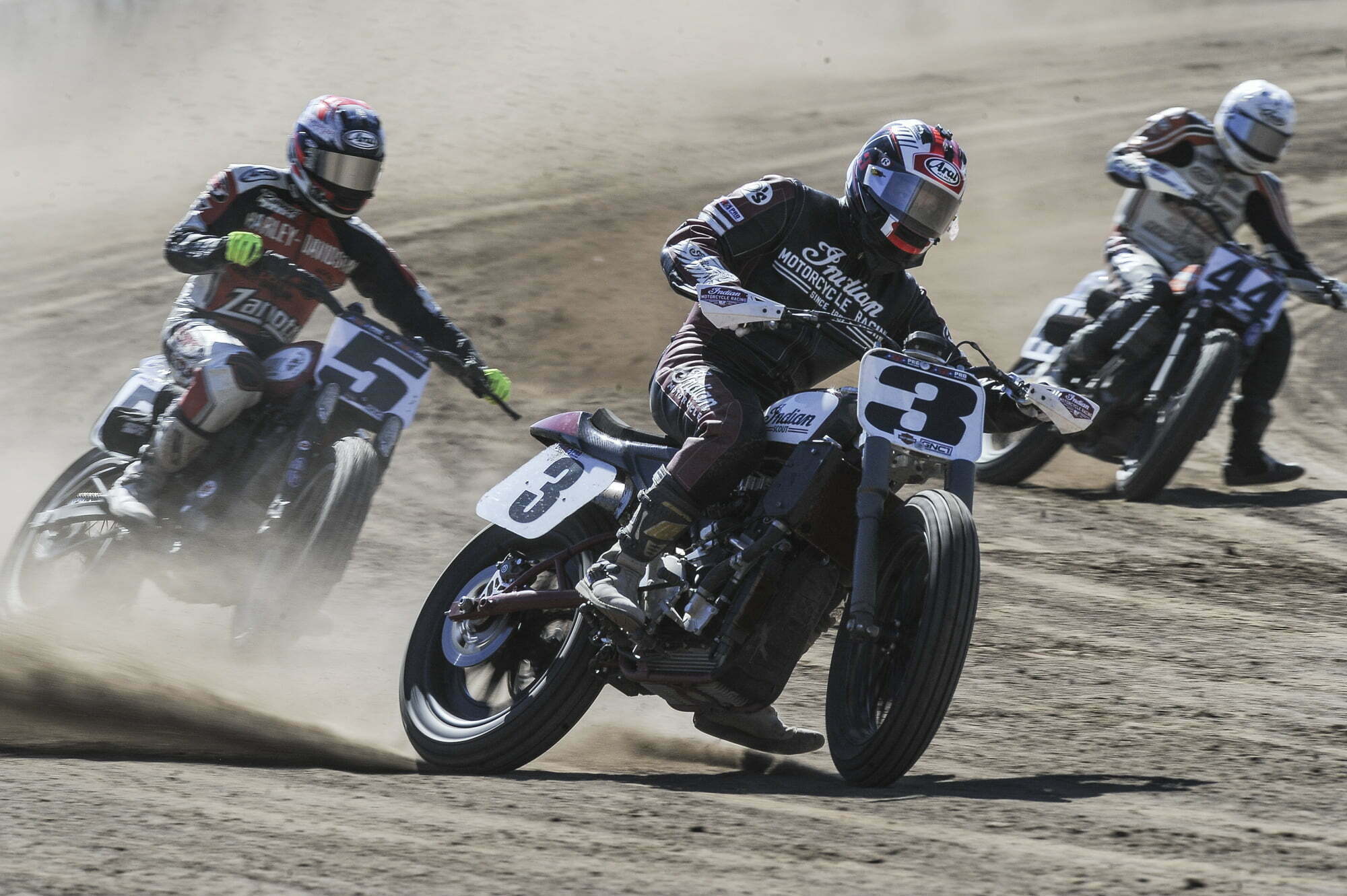 The #3 Indian Motorcycle FTR750 was piloted in its debut by AMA flat track racing legend Joe Kopp on Sunday, September 25 at the Ramspur Winery Santa Rosa Mile AMA Pro Flat Track race in Santa Rosa, California. Kopp’s debut of the Indian Scout FTR750 was highly successful with strong heat races that put him on the inside front row for the final race. 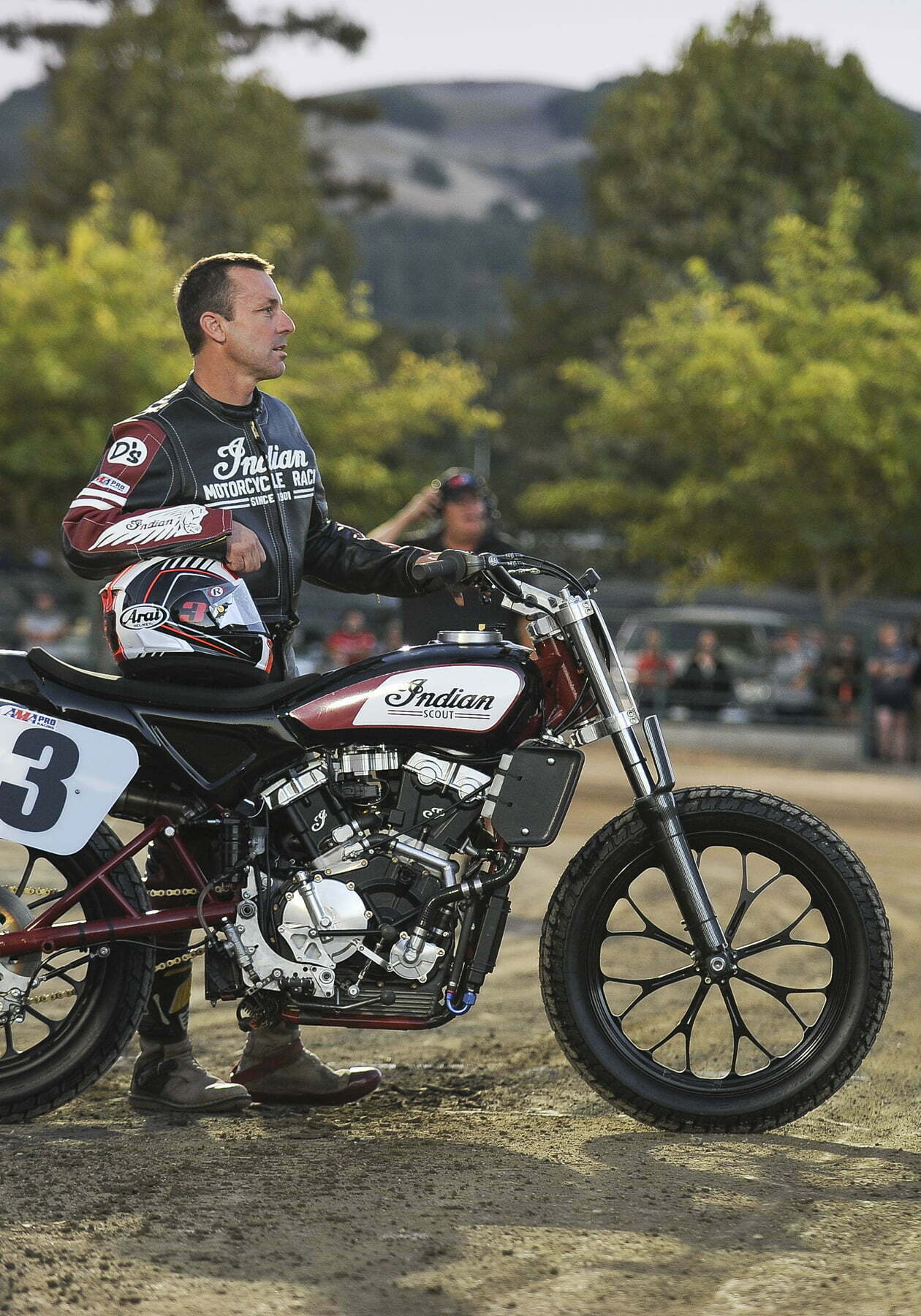 After quickly locking in his position in “the show” he attacked the Dash for Cash race and won. In the final race, Kopp took a holeshot when the green flag flew, and led the first lap. Over the course of the race the rough track conditions slowed the veteran racer, yet he still earned a solid 7th place in the final.

The new Indian Scout FTR750 is powered by an all-new, race-only 750cc V-Twin that was developed in-house for professional flat track competition. The chassis and overall design comes from the team at the Indian Motorcycle’s Medina, Minnesota headquarters with input from highly experienced race team personnel.

“Our team worked hard and had a pretty confident feeling coming into the weekend,” says Reid Wilson, Director of Marketing for Indian Motorcycle. “Our goal was to make the main event, a great achievement for a 100% new motorcycle racing a highly competitive GNC1 class. Joe was outstanding on the motorcycle and taking a strong win in the dash for cash was an epic first AMA Checkered flag for Indian Motorcycle since the early 1950’s. With our performance this weekend, and the announcement of the new riders, we are showing our commitment to both the sport and the history and future of Indian Motorcycle.”

Indian Motorcycle Company, a wholly-owned subsidiary of Polaris Industries Inc. (NYSE: PII), is America’s first motorcycle company. Founded in 1901, Indian Motorcycle has won the hearts of motorcyclists around the world and earned distinction as one of America’s most legendary and iconic brands through unrivaled racing dominance, engineering prowess and countless innovations and industry firsts. Today that heritage and passion is reignited under new brand stewardship. To learn more, please visit www.indianmotorcycle.com.

Find out more on the FTR750 and its Santa Rosa debut here.