If you’re familiar with the Hot Bike Tour, you know we like when custom builders need to actually ride their bikes. Sure, making a pretty machine is one thing, but we say it needs to run strong and ride right, and what better way to make sure that happens than putting the builders out on the road for a ride.

The Golden Bolt contest from The House of Machines in Los Angeles requires the builders to go through a roughly 25-mile “rideability test,” which basically consisted of jamming through traffic and trying to keep enough air moving through everyone’s engines to avoid overheating.

The bikes ranged from early models like Max Hazan’s 1938 Jap 500 to more modern ones like Lock Baker’s insane Motus, but all the bikes were hand-built and an incredible representation of their owners. All but one of the builders and bikes made it out to the ride, which means that one builder can still show his bike, but won’t be eligible for the prize money.

The bikes will be on display at Tthe House of Machines over the weekend, with judging taking place this afternoon, and the winner taking home the $25,000 pot. For more information, head to TheHouseofMachines.com. 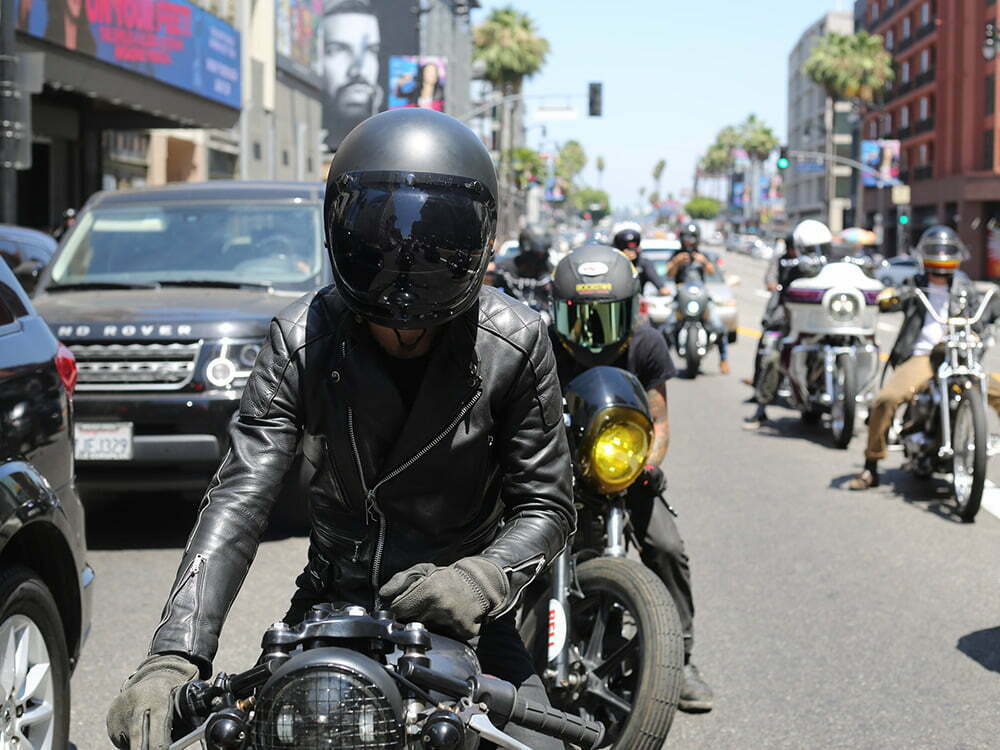 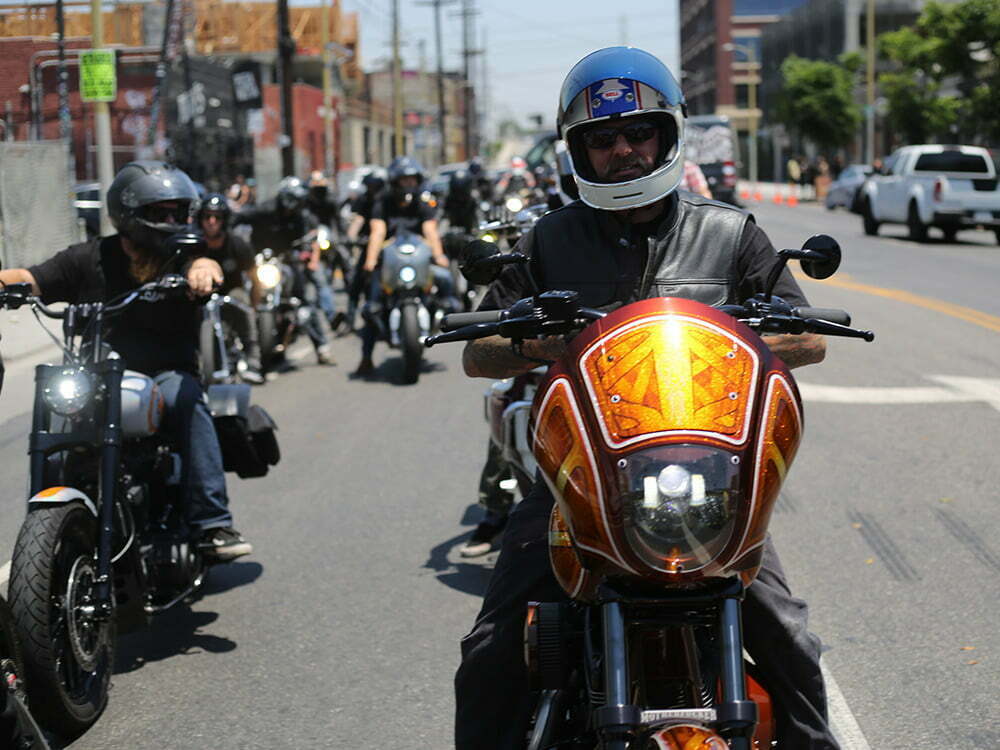 Chip Kastelnik of San Diego Customs at the front of the pack. 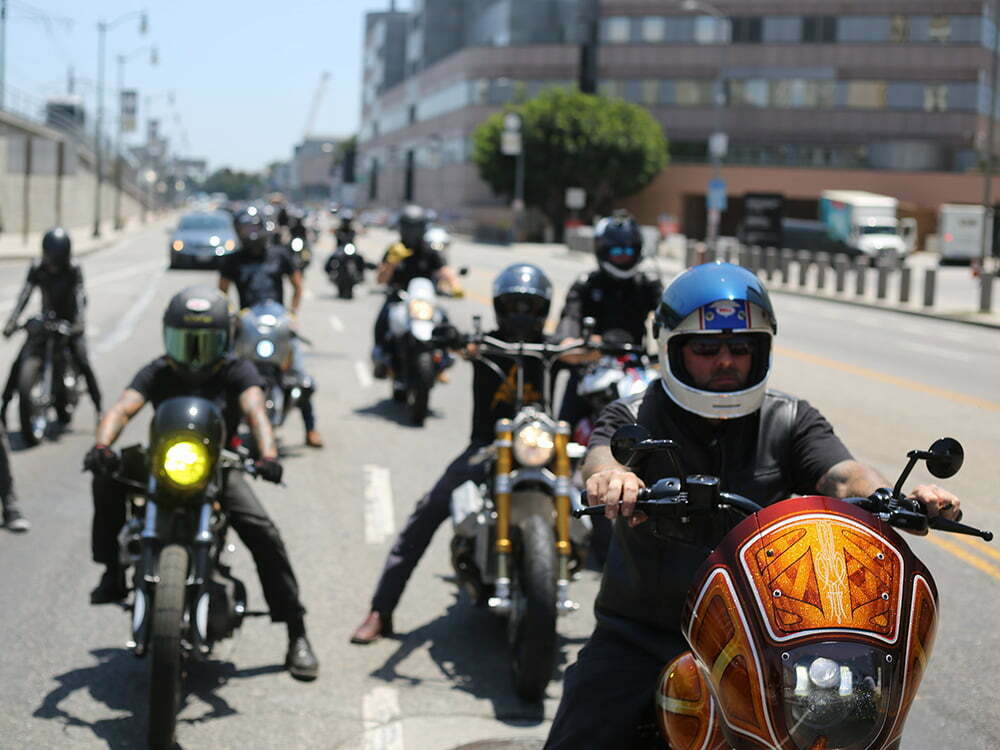 Even through LA traffic, most of the group managed to stay together. 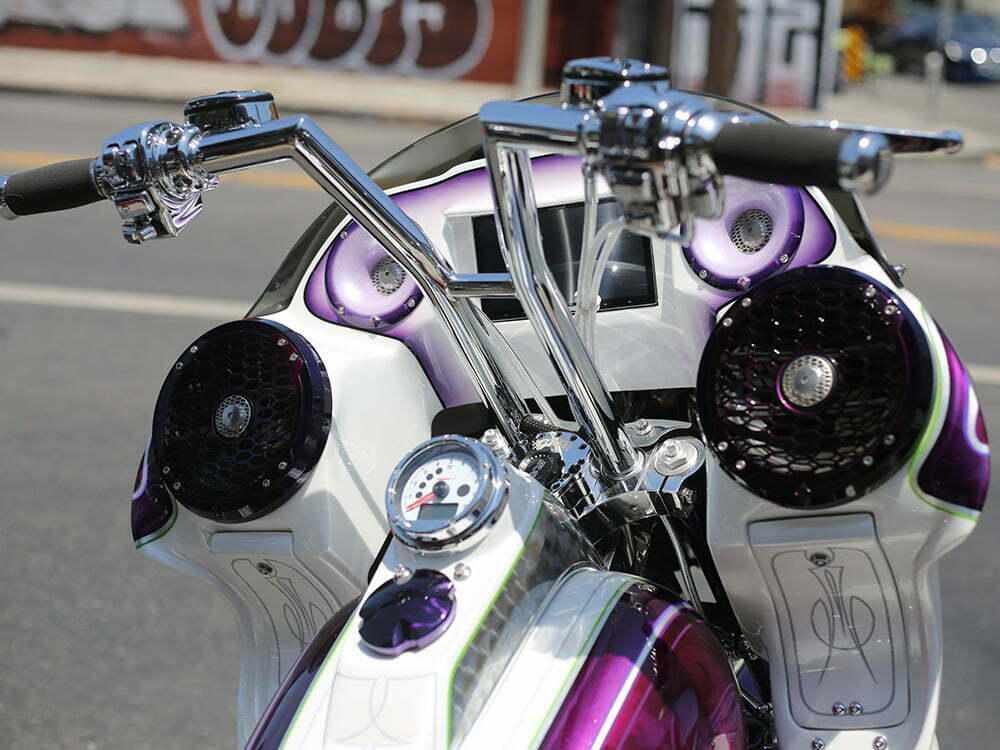 Jimmy and his Shovel were the only pair on the ride with a moral support team.

Jordan Dickinson from Union Speed showing up at the destination on his Knucklehead. 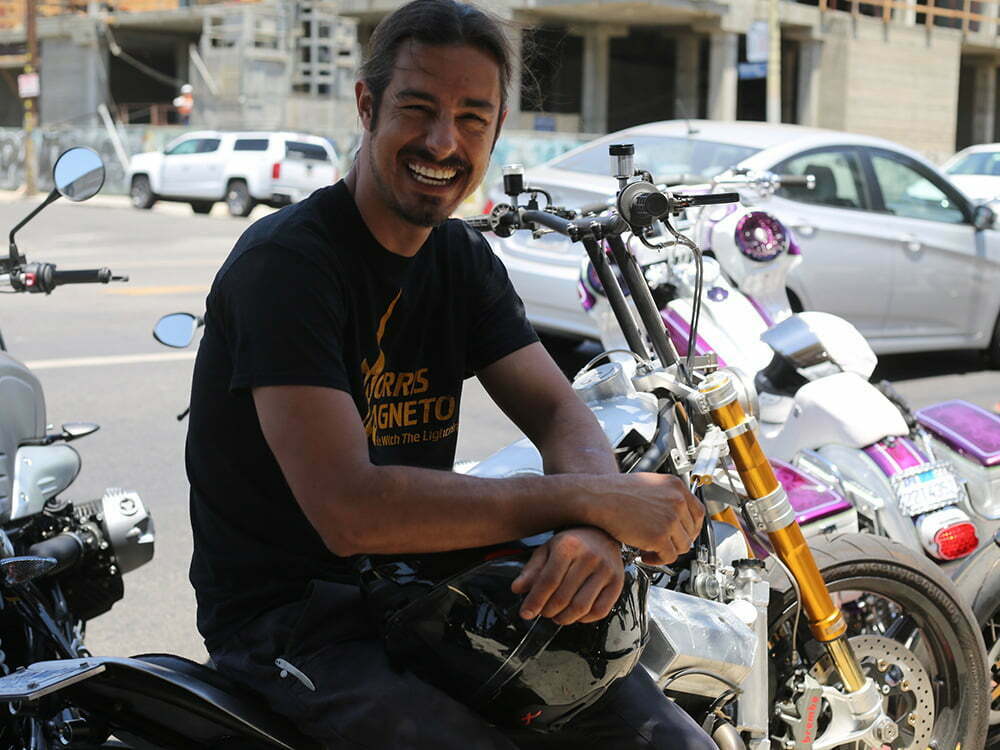 Lock Baker on his Motus before the ride. 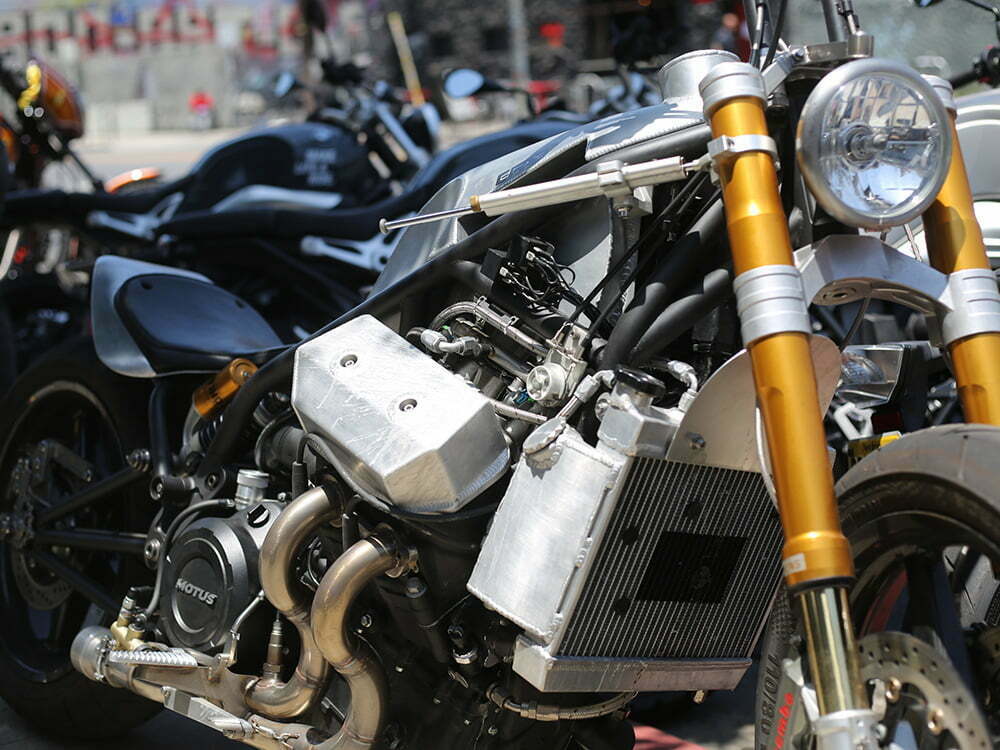 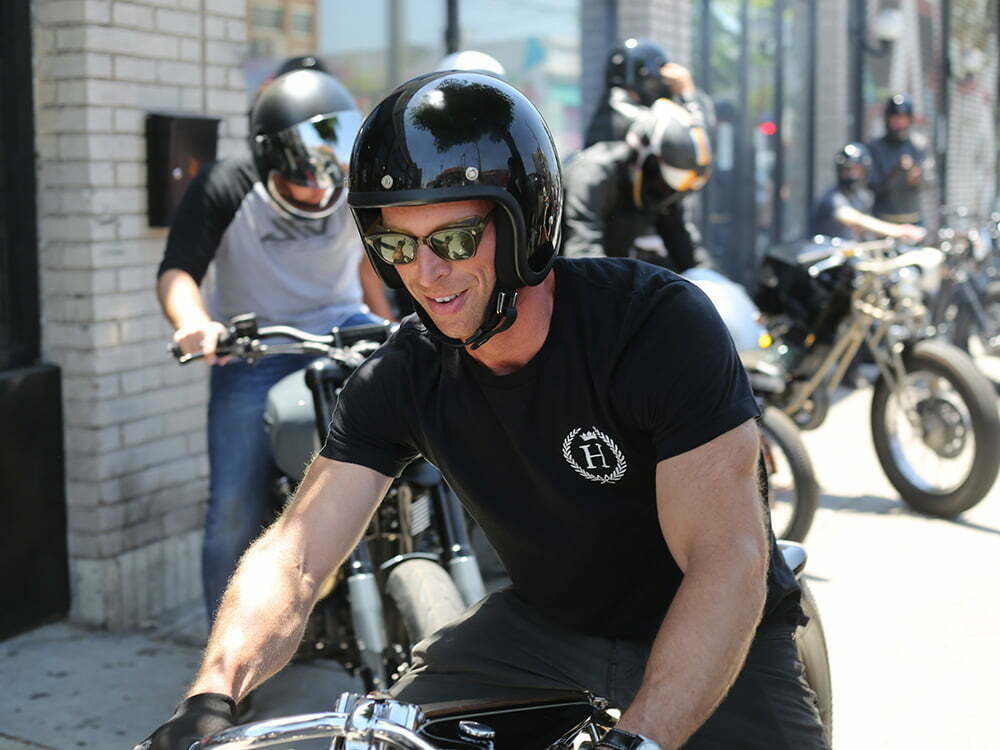 Max Hazan heading out on the group ride. 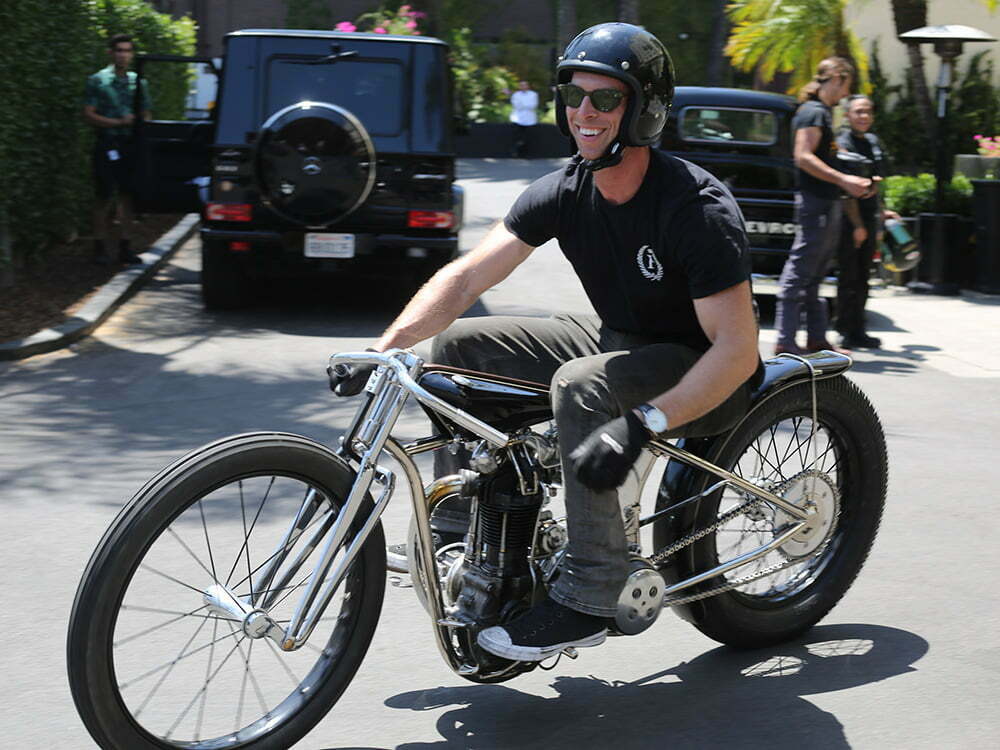 Max riding into the Roosevelt Hotel. 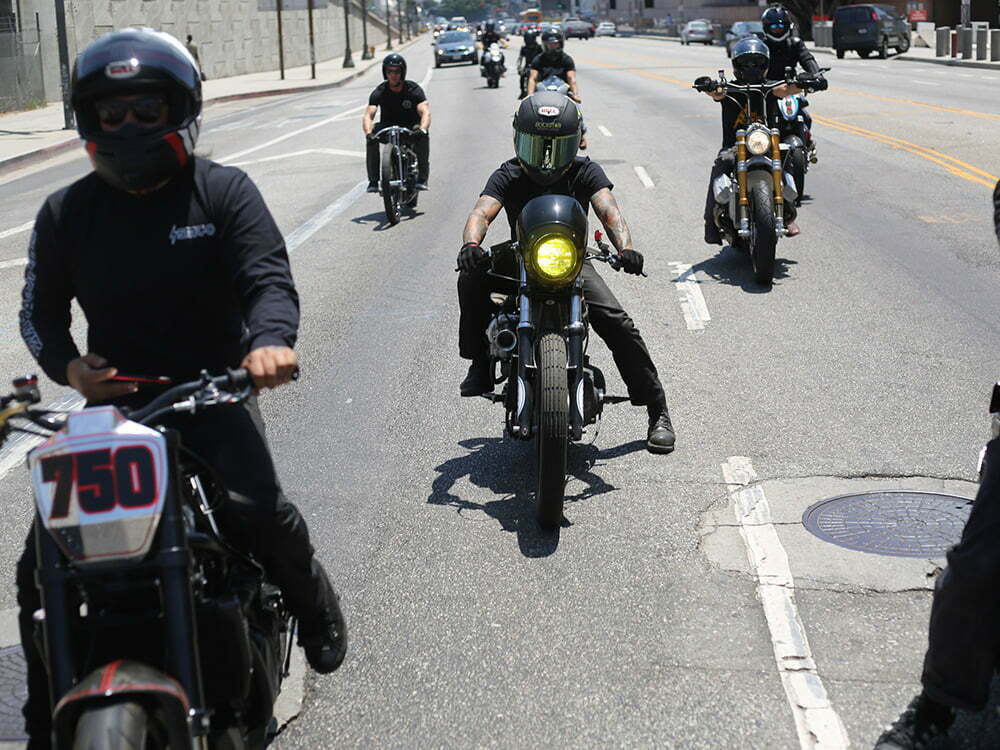 Shaun Guadardo brought his own set of challenges riding a turbo Sportster through the scorching Los Angeles heat and traffic. 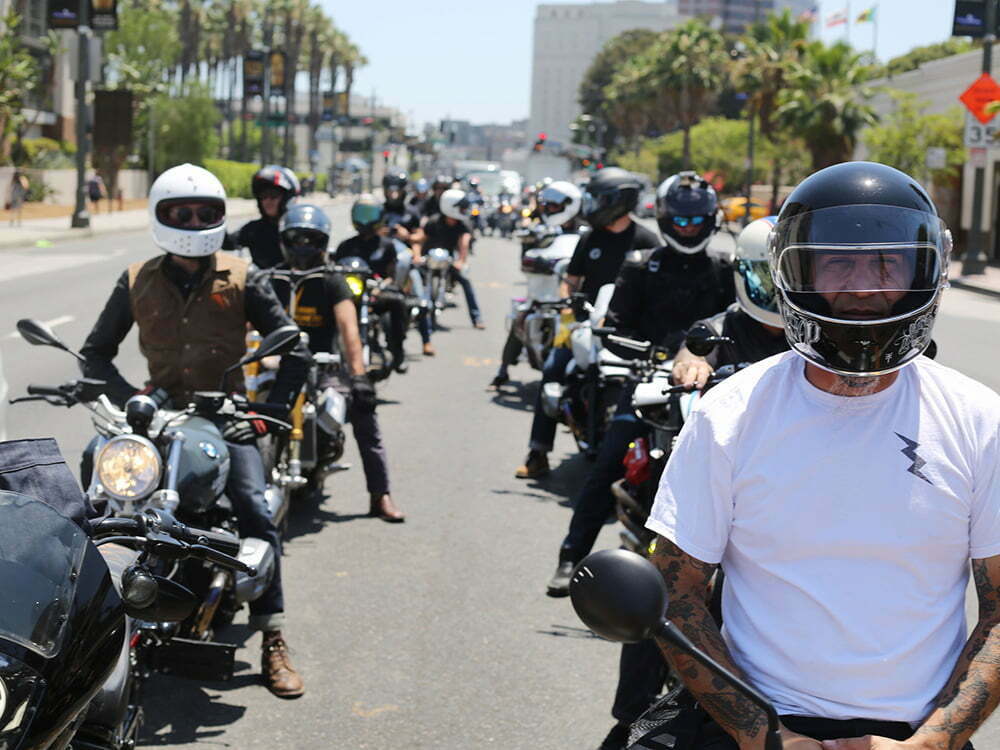 That’s a long line of some very cool bikes. 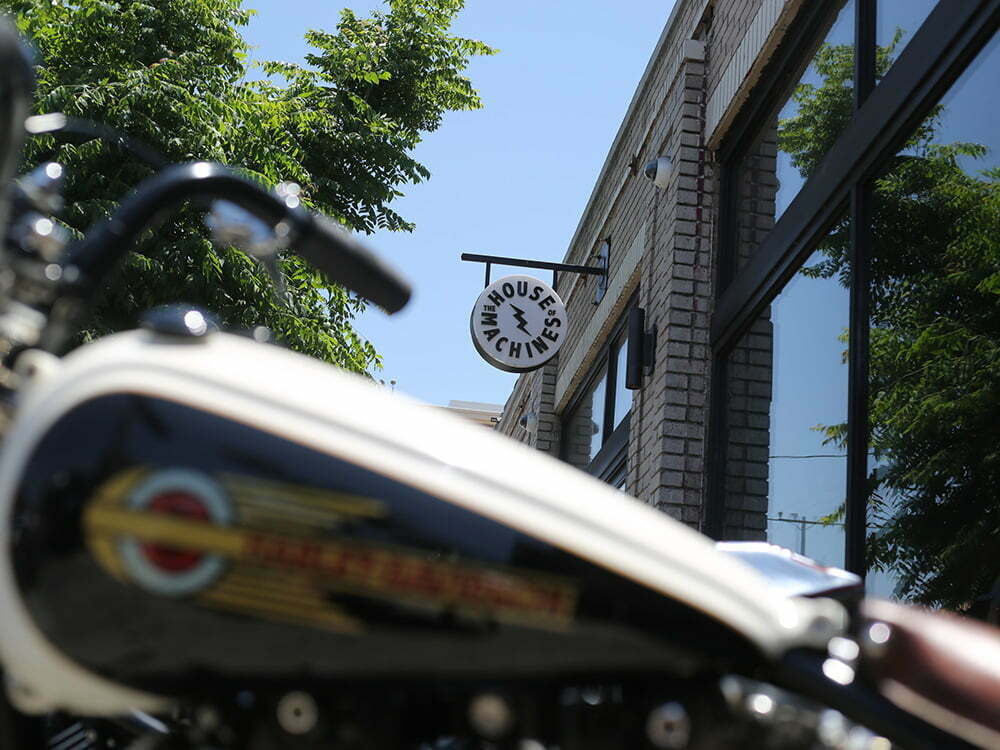 The Golden Bolt at The House of Machines, with Union Speed’s Knuck up close.

The Golden Bolt at The House of Machines. 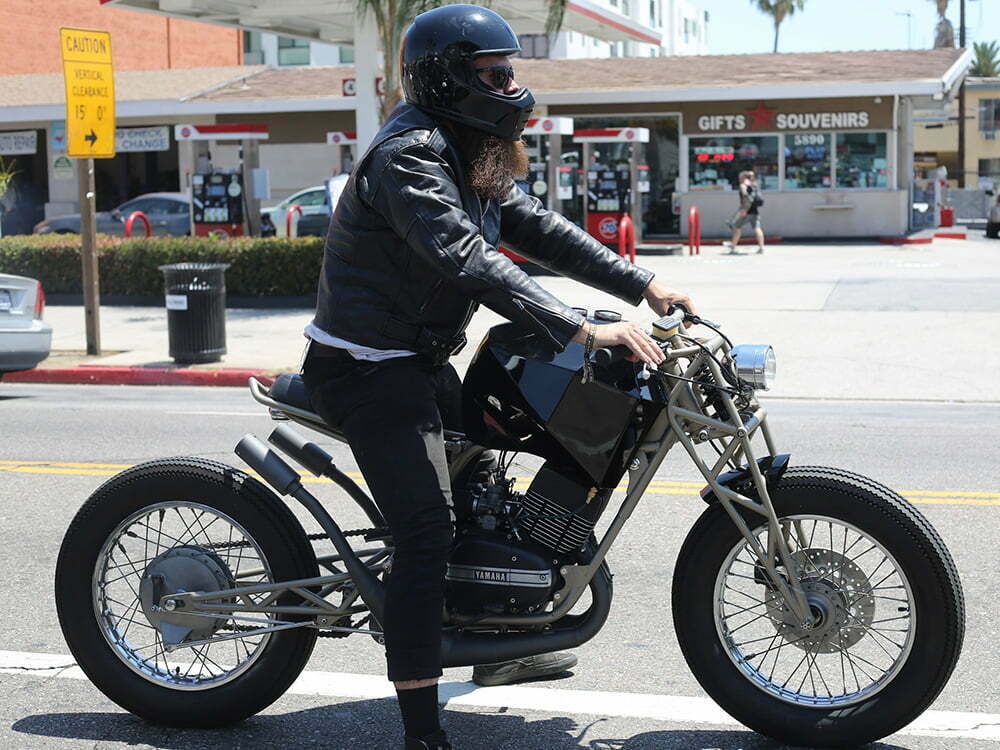 This RD350 started off as an small project but evolved into this full custom over the next three years. 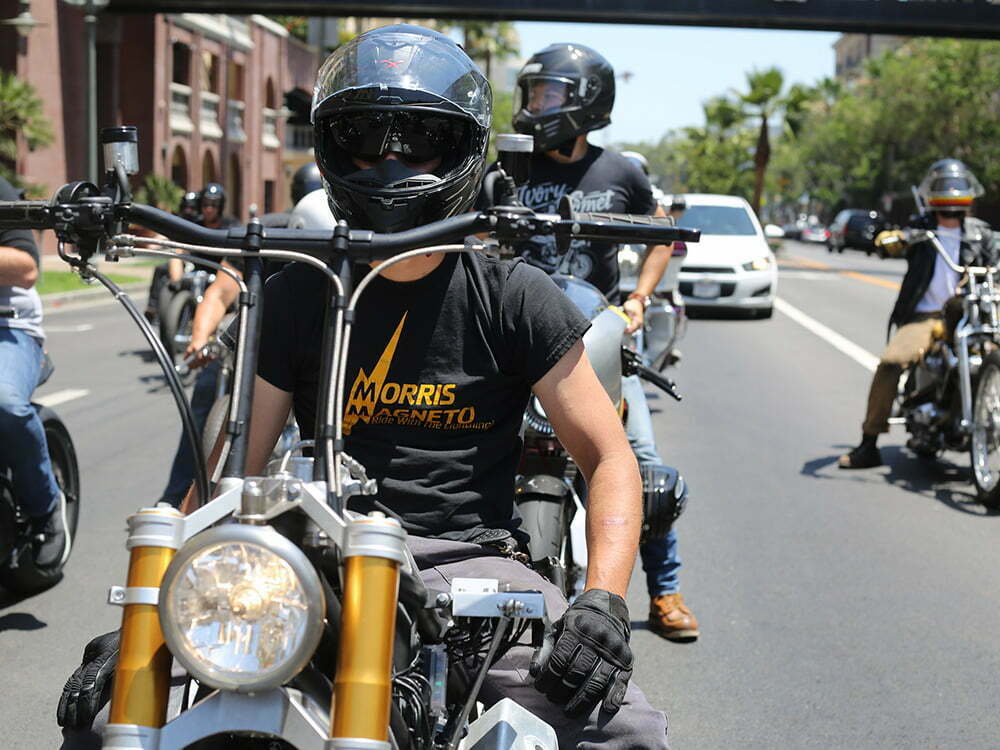