The Drivetrain King Dishes On What's What 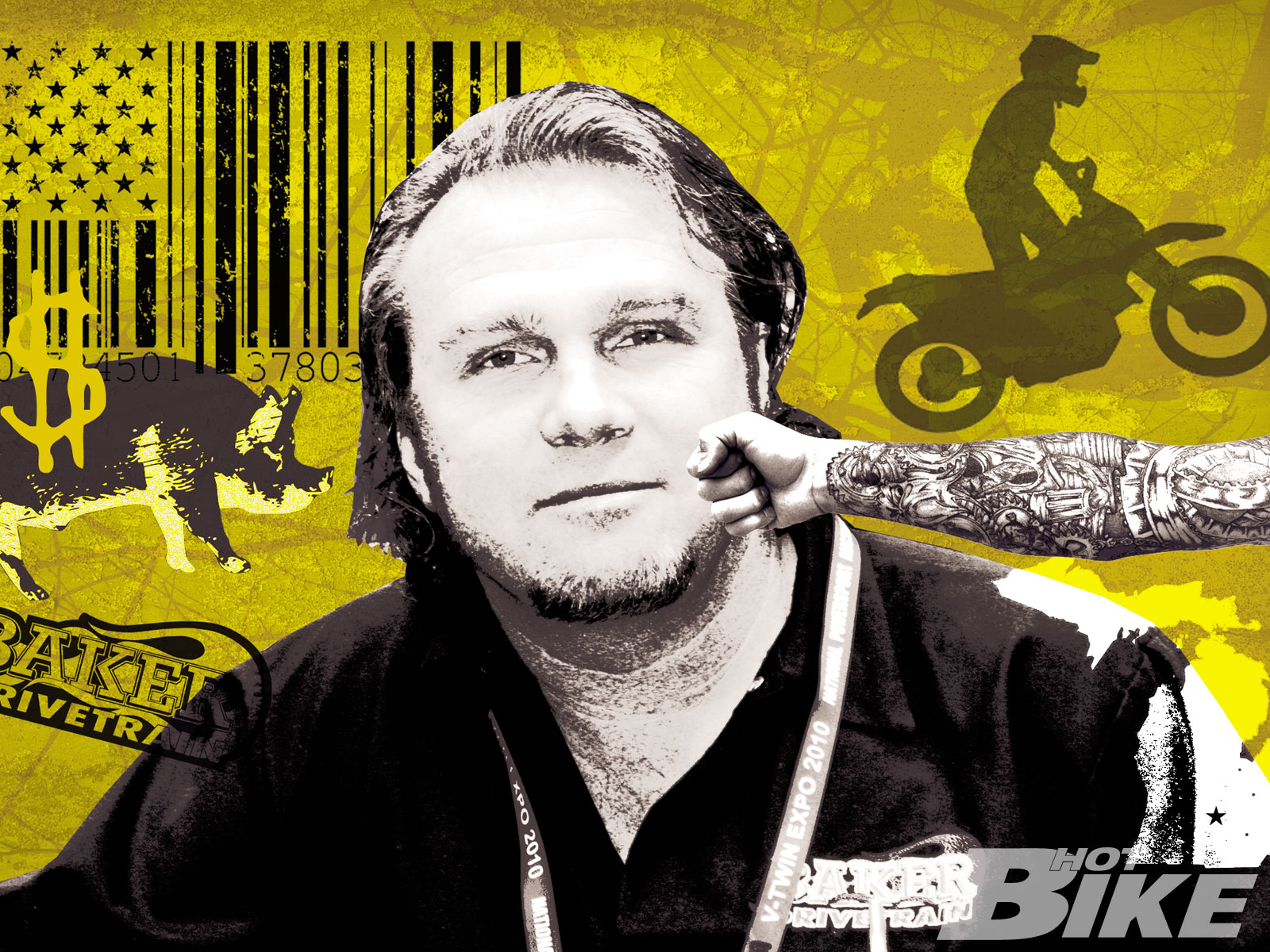 Why the motorcycle industry?
It combines two of my greatest passions: motorcycles and developing/designing widgets.

What do you see in the industry’s crystal ball?
The companies that remain after the recession has run its course will be stronger, hungrier, and more creative than ever. This suppressed creativity will fuel monumental product innovations like we’ve never seen before. Boom times like 1995-2005 make companies and people fat and lazy.

What is your greatest accomplishment?
The original 6-Speed Overdrive back in 1998. It gave Baker Drivetrain a huge shot of adrenaline and gave Lisa and I the confidence to grow the company.

Favorite all-time motorcycle.
The one that got stolen in 1995 in Daytona: 1994 FLSTN.

What inspires you?
Waking up with an erection; I’m 48 years old.

What’s your biggest regret?
Never making it out of the 250B class. I raced motocross in the ’80s and fancied myself as a Bob Hannah competitor, but in reality I sucked. But I had fun!

What is your proudest moment?
Stepping off the treadmill by quitting General Motors and rolling the dice on Baker Drivetrain. Lisa and I were both product engineers in the manual transmission group at GM with juicy salaries but we were discontent eating corporate shit sandwiches, so we decided to do something about it.

Favorite place on Earth?
West coast of Michigan; the sunsets are a humbling experience.

Biggest pet peeve?
People who say that something can’t be done and work their ass off to justify their negativity.

What are you currently working on?
A new line of nostalgic primaries modeled after the venerable pre-1965 tin-type primaries. A couple years ago, S&S; took the classic Shovel, Pan, and Knuckle engine designs and re-birthed them with many modern improvements to address leaks, durability, reliability, and performance. We simply want to complete what S&S; started. We released the nostalgic four-speed with a ratchet top last year, and will release the jockey top late 2010. The aluminum construction, wet or dry, primaries will be available by Spring 2011 in kick-only and starter-type configurations with modern chain adjuster and leak-free. The starter type will use 1990-2006-style H-D-type starters.

To see a list of Baker products, check out bakerdrivetrain.com.