Hot Bike Rolls Out To The Four Corners Rally 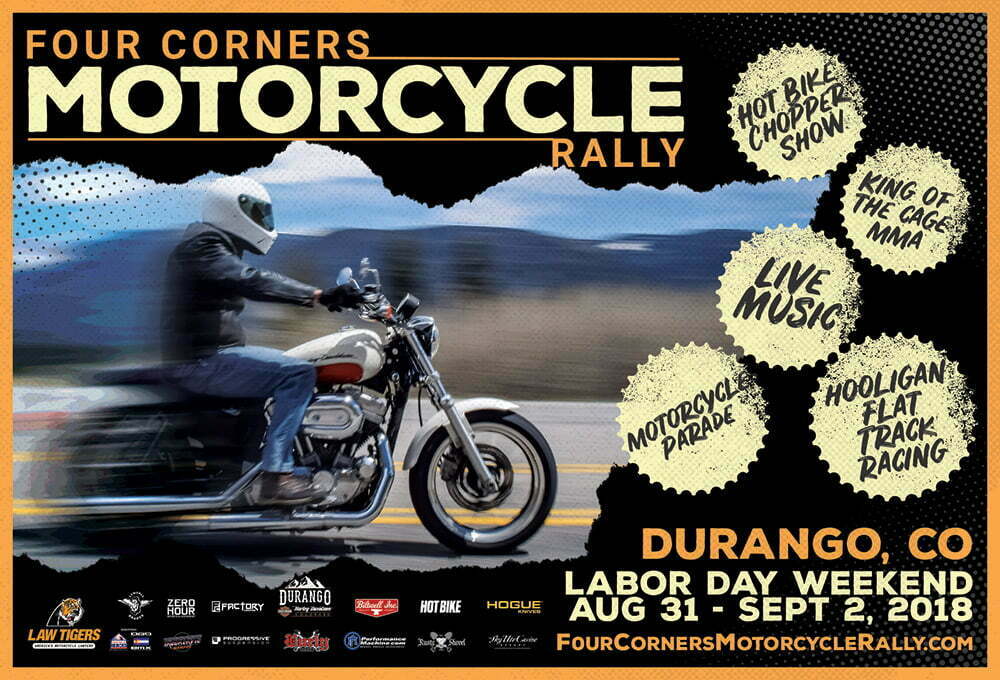 Of course you want to have a memorable Labor Day weekend; who doesn’t? You don’t want the settle for the same ol’, same ol’—again. So instead of firing up your tired BBQ grill, why not take a scenic ride to the Colorado mountains and make it a couple of days to really remember?

The 2018 Four Corners Motorcycle Rally is happening this August 31 to September 2, and you’d be a fool to miss it. Whether you’re looking to kick it in the scenic dreaminess of the nearby San Juan Mountains or feast your eyeballs on some serious racing and killer bike shows, this Labor Day bash in Durango, Colorado, will definitely fit the bill. 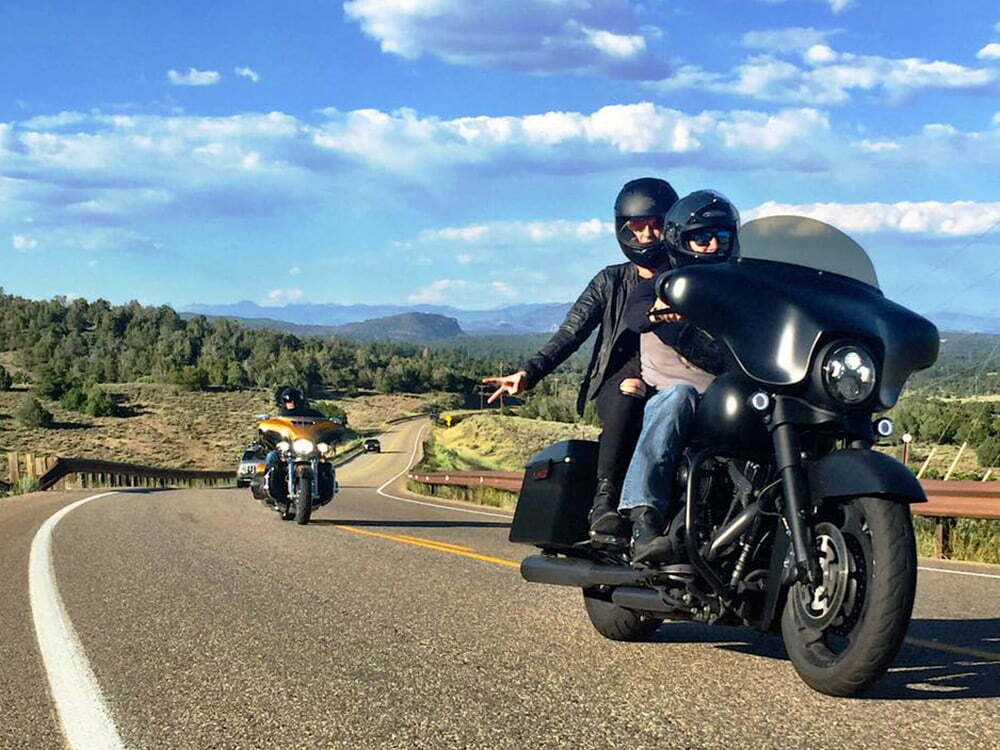 The roads around Durango, Colorado, are some of the most killer in the country. Get out here and ride ’em.

For three decades the rally has drawn crowds of riders who enjoy the absolutely pristine roads in the area. Durango is situated a short hop from the Four Corners Monument—the spot where New Mexico, Arizona, Utah, and Colorado meet. The surrounding landscape runs the gamut of dramatic vistas, from the red sandstone bluffs of the Animas River Valley to the jagged peaks of the San Juan Mountains, a few of which top out at more than 14,000 feet. To the west is Mesa Verde National Park and Monument Valley, while to the north is the 2-million-acre San Juan National Forest.

No matter which direction you head, you’re sure to find a patch of asphalt that’s stunning. The Million Dollar Highway is a must.

This region also boasts one of the top motorcycling roads in the country. You may have heard of the Million Dollar Highway, and if you’re unfamiliar with this stellar stretch of road, then you owe yourself a trip to Colorado to experience its adrenaline rush; the Million Dollar Highway features three 10,000-foot passes and 284 turns in less than 80 miles—it’s seriously world-class stuff. 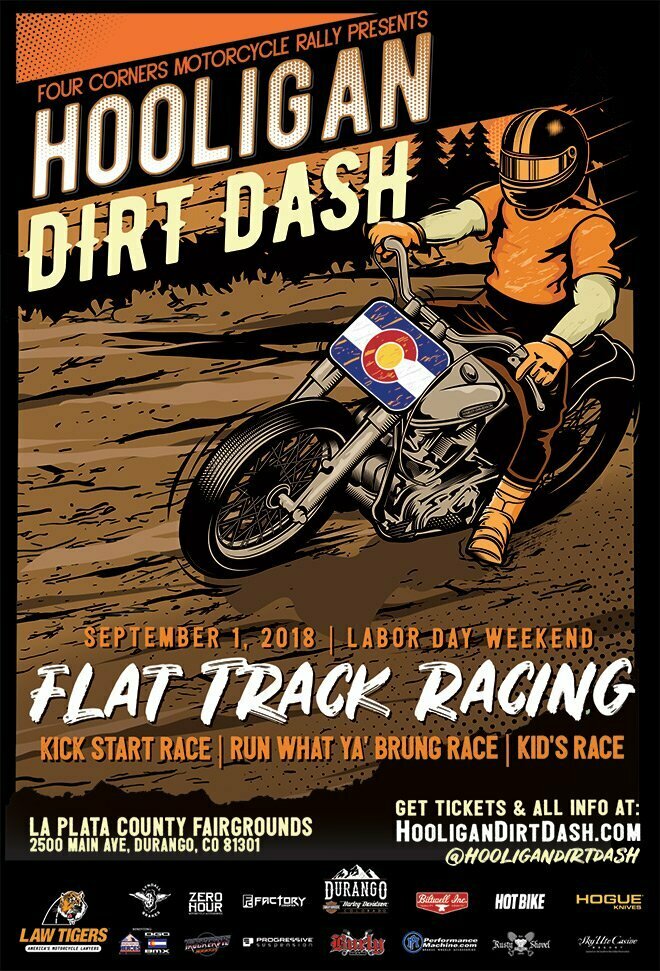 One of the more popular events will be the dirt track hoedown known as the Hooligan Dirt Dash.

And the rally itself will be rocking too. One of the more popular activities is sure to be the Hooligan Dirt Dash (now open for registration). Because it’s run “outlaw” style there are few rules for classification beyond rider skill and/or engine displacement. It’s your big chance to race on the classic short course in the “Run What Ya Brung” class, or you can choose to just kick back and watch the higher-level premier Hooligan races. Either way, this dirt track hoedown will be showcasing racers aboard street-legal and purpose-built machines of practically any make, model year, and engine size. The bar-bashing open-throttle action goes down September 1 at the La Plata County Fairgrounds in Durango. 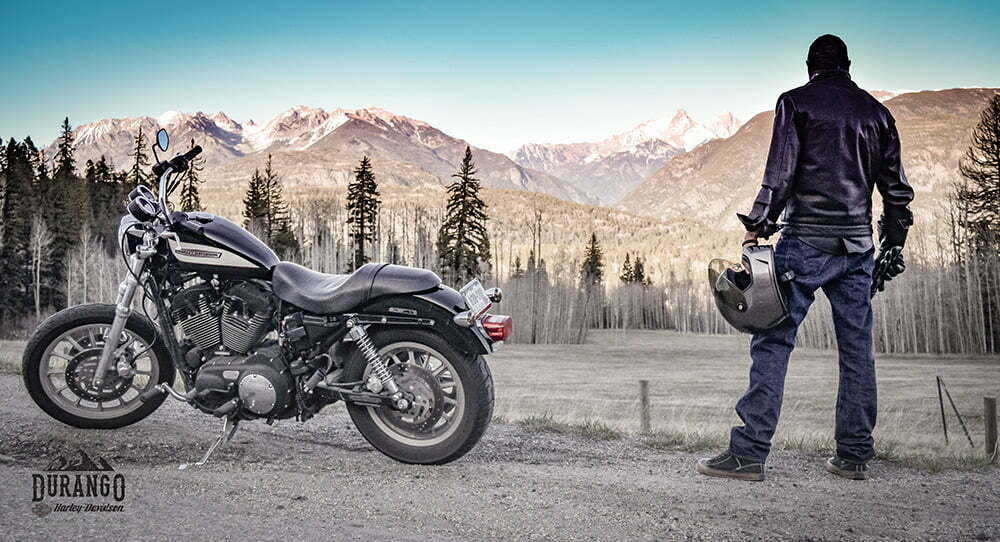 Durango Harley-Davidson will be the main base for many of the rally activities, and it’s where the Hot Bike Chopper Show is going down.

The new organizers say the rally will be jammed with other activities as well, including a slew of free concerts in downtown Durango, a mess of motorcycle stunt shows, and King of the Cage MMA fights. Of course, Hot Bike will be there presenting the annual Hot Bike Chopper Show at Durango Harley-Davidson. The dealership will have a demo fleet available, and riders can also join up on the official Poker Run, sign up for organized group rides, or take in some local river rafting. There’s even a parade through downtown Durango to benefit local charities. 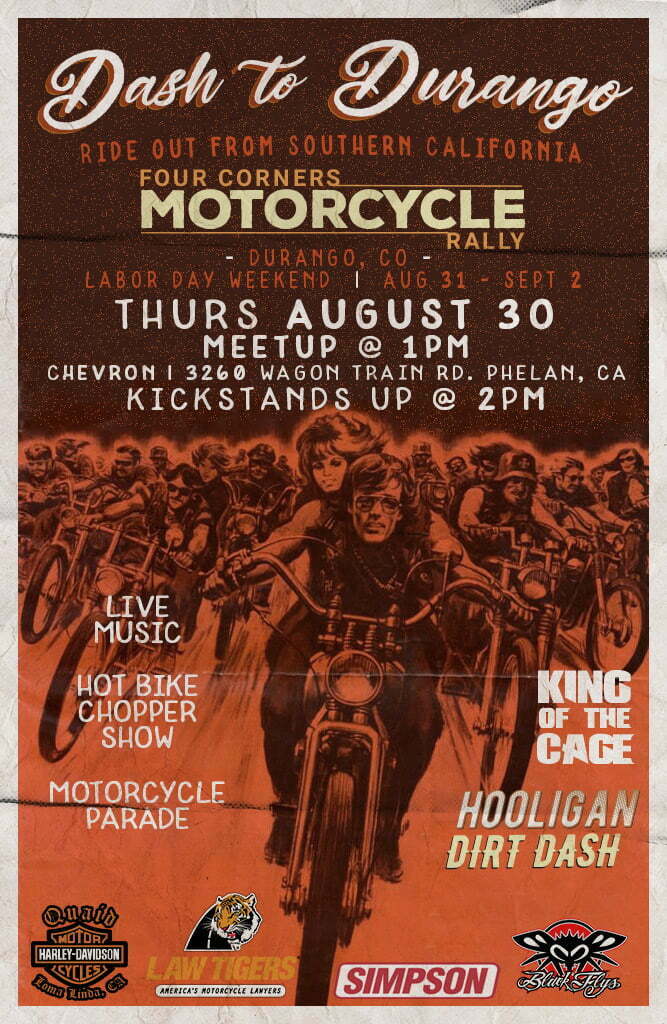 Start your Labor Day weekend off right—with a proper ride out to the rally.

So this Labor Day weekend load up your saddlebags, strap your tent to your sissy bar, and head east. In fact, there’s even a ride out from SoCal, dubbed the Dash to Durango. This year, make the last great weekend of the summer really count. For more rally details head to fourcornersmotorcyclerally.com