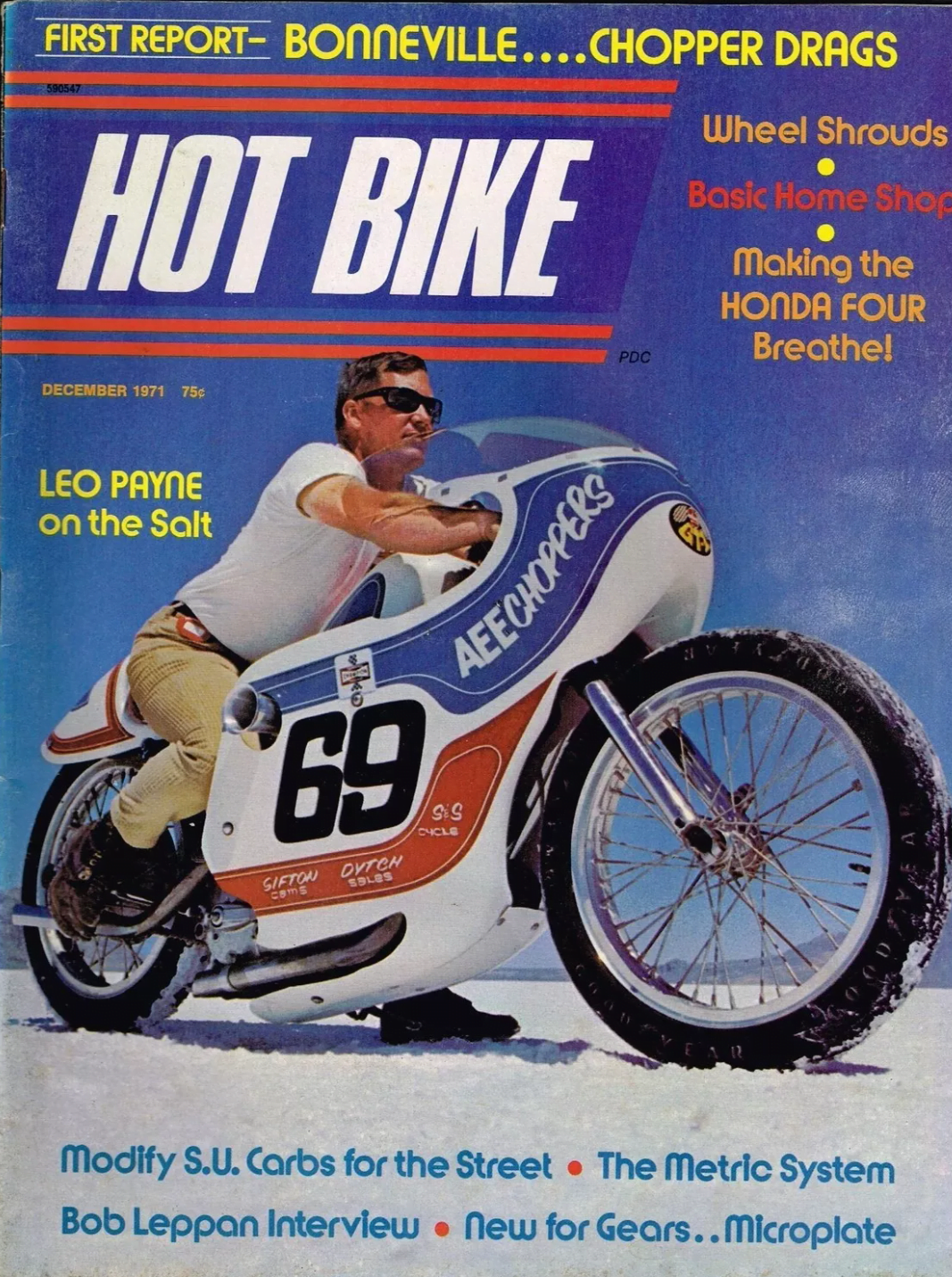 AEE Choppers takes the battle to the salt in Bonneville this issue.

In `71 Hot Bike was just a baby. In the case of our December 1971 cover, a rather salty infant. Not because bossman Tom McMullen had a thing for salt curing (who knows, he may have; Lord knows he did just about everything else) but because he ran AEE Choppers land speeder on the front that was fresh off its run at the Bonneville Salt Flats. While readers were busy finding out what happened with the bike and pouring over tech articles on SU carb mods, Honda breathing, and more, here’s what was going on in the world around them.

December 3: The Indo-Pakistani War of 1971 begins with Operation Chengiz Khan as Pakistan launches preemptive attacks on nine Indian airbases. The next day India launches a massive invasion of East Pakistan.

December 4: The Montreux Casino burns down during a Frank Zappa concert. Later, Deep Purple memorializes the event in their huge hit, “Smoke on the Water.”

December 1971, date unknown: Ray Tomlinson sends the first ARPANET e-mail between host computers. His work would inspire a campaign by a Nigerian prince looking to free up his frozen assets decades later…

Subscribe to Hot Bike and don’t miss out on great tech, custom motorcycles, and lots more.