Bands, racing, and stunts under the Bay Bridge in San Francisco

When you think of the type of reception these hooligans typically get from the cops, it’s no wonder they were so eager to go head to head. The heavy bike racers from all over the US rode into San Francisco to race the Moto Bay Classic at Pier 32 in the shadow of the Bay Bridge. While cops raced cops and hooligans raced hooligans, they were able to duke it out in the gymkhana course shooting for no drops and quick times.

In the main races, a little bit of hooliganism shined through in the officers, as they crammed each other in the corners and tried to grab at each other through the straights. Andy DiBrino took first in the Super Hooligan, securing his lead over Jordan Baber 161.5 to 107. As the races wound down, the Vandals took the stage followed by Eagles of Death Metal.

With the sun setting, the hooligans parked their bikes and went out to enjoy Jesse Hughes and EoDM as they played in front of the city, facing toward the bay.

Check out the Super Hooligan website for more information on the next race coming to Lemoore, California, for the Hurley Surf & Turf! 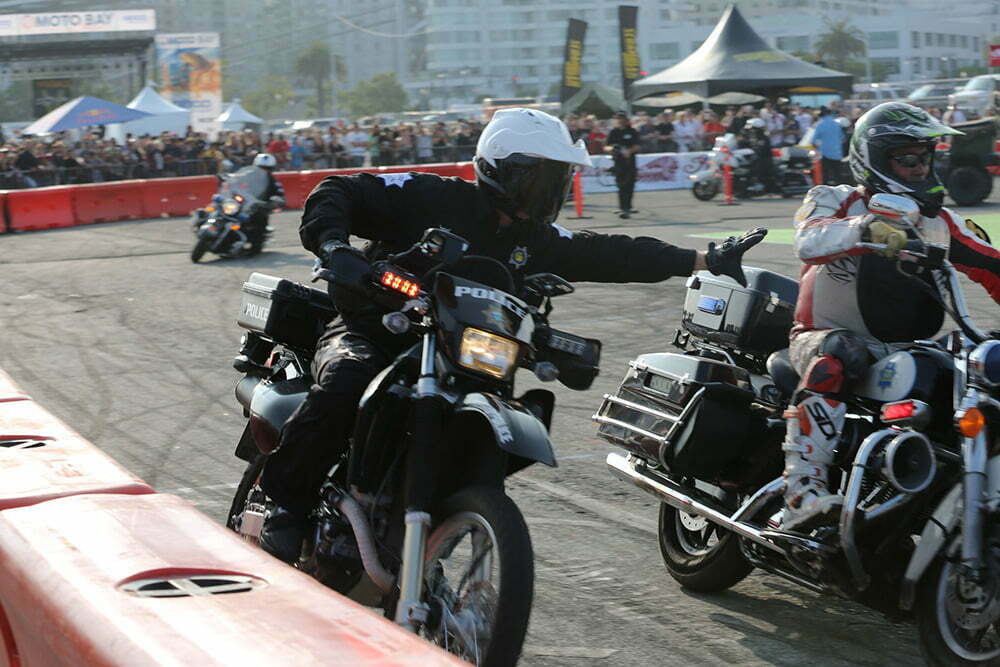 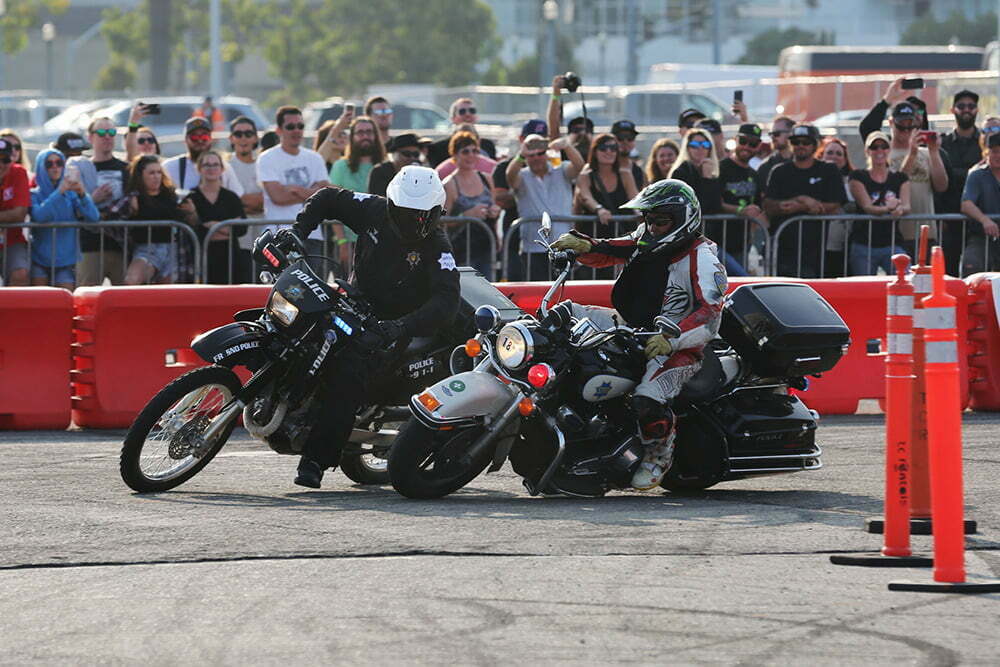 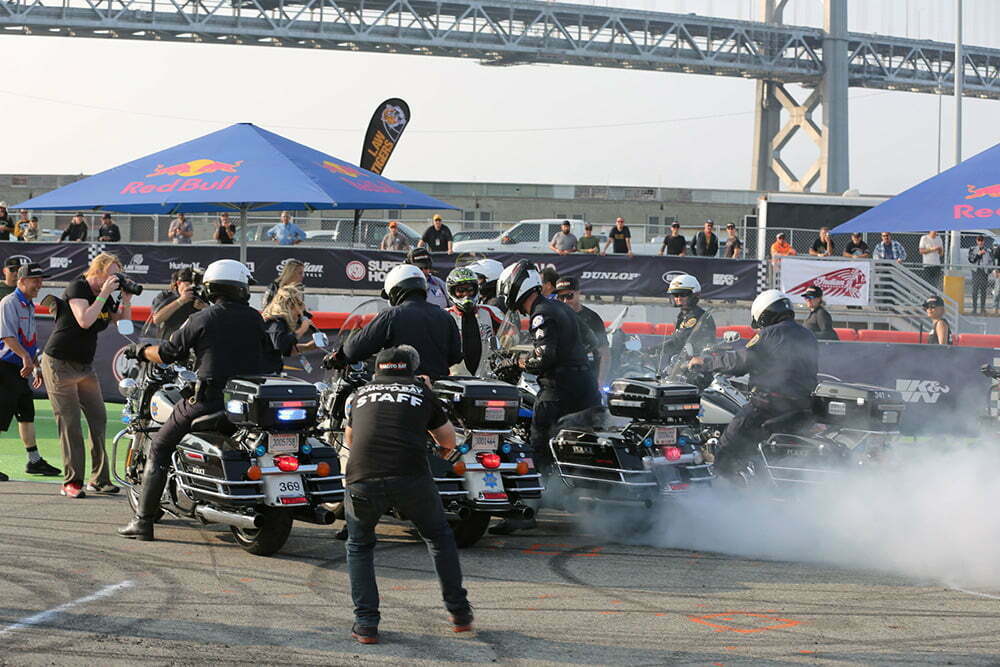 Cops blowing off some steam after their race 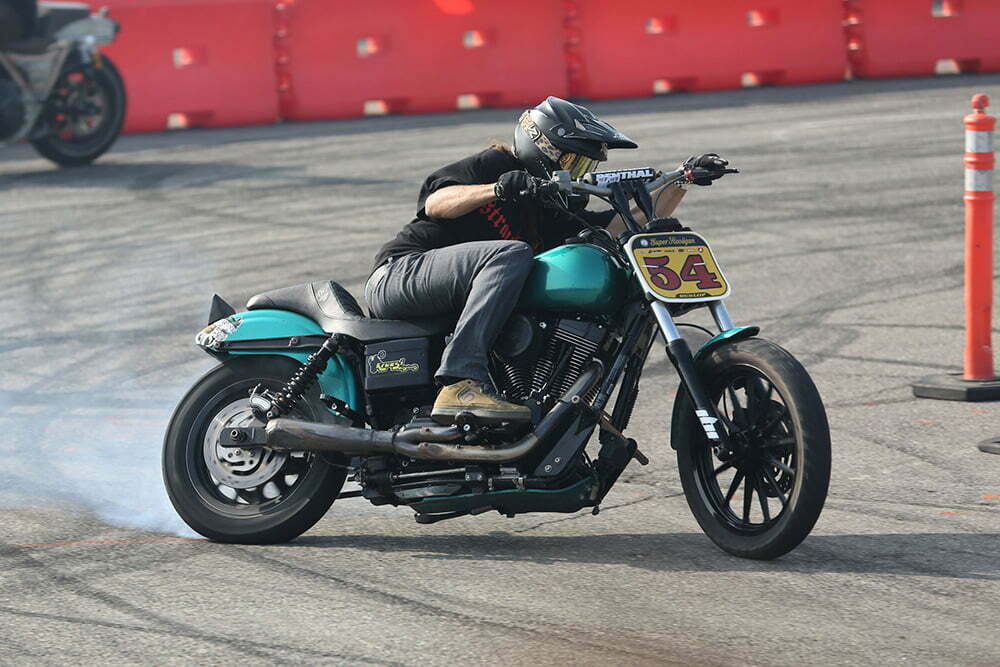 Stunt shows kept the audience entertained between the races 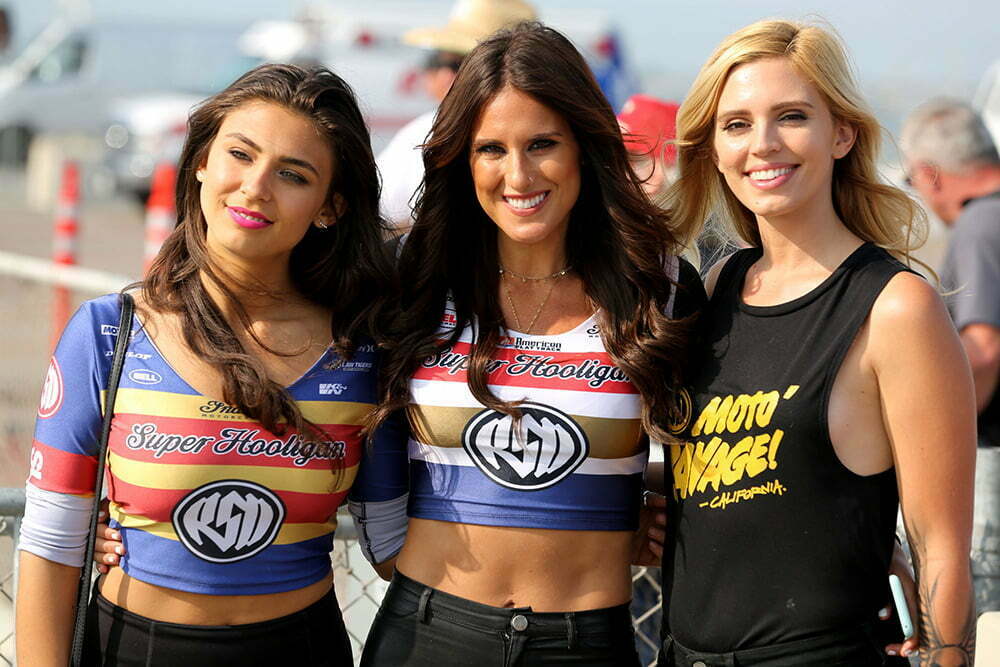 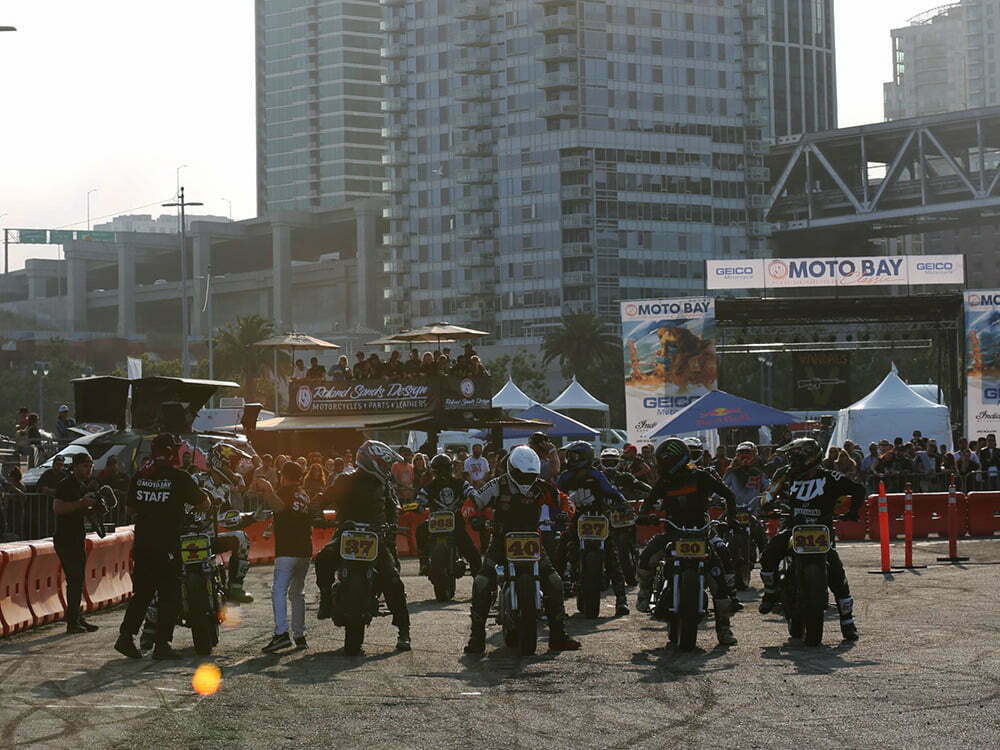 Super Hooligans on the starting line at Pier 32 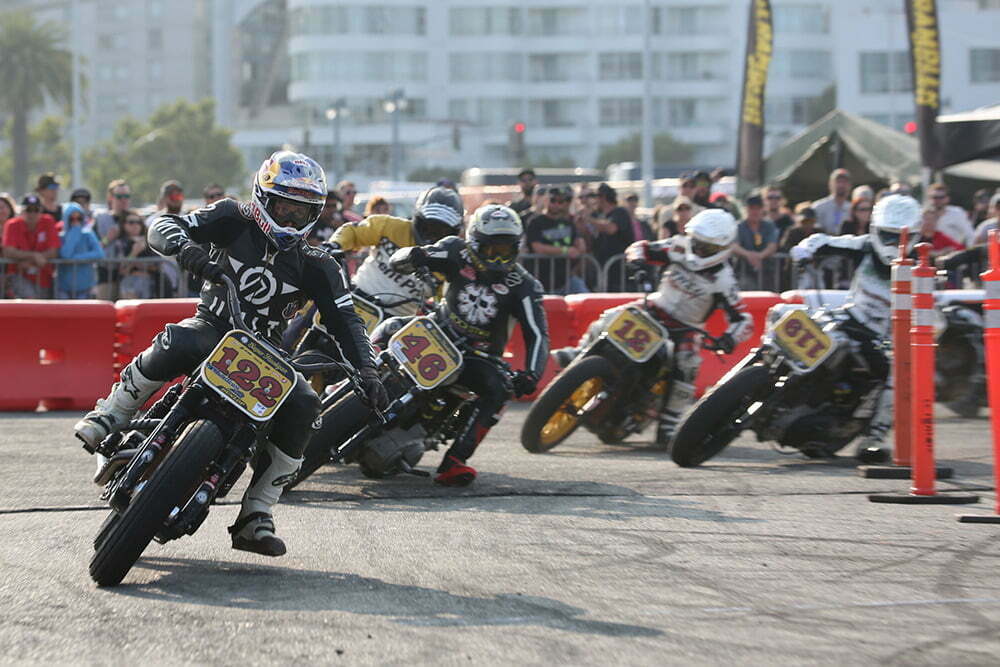 Riders in the Hooligan 2 class were keeping it real tight 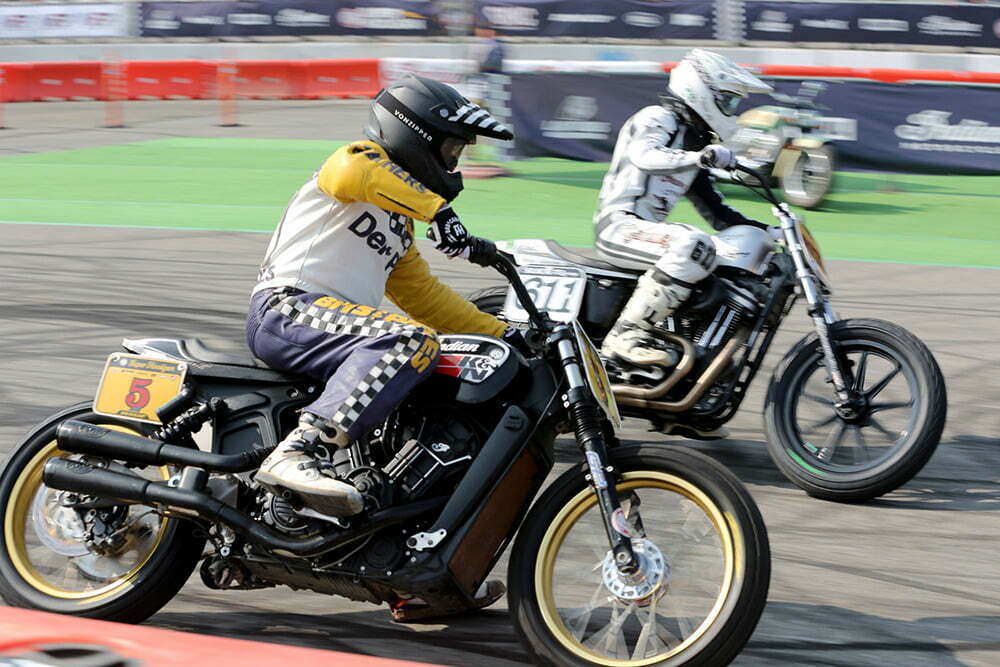 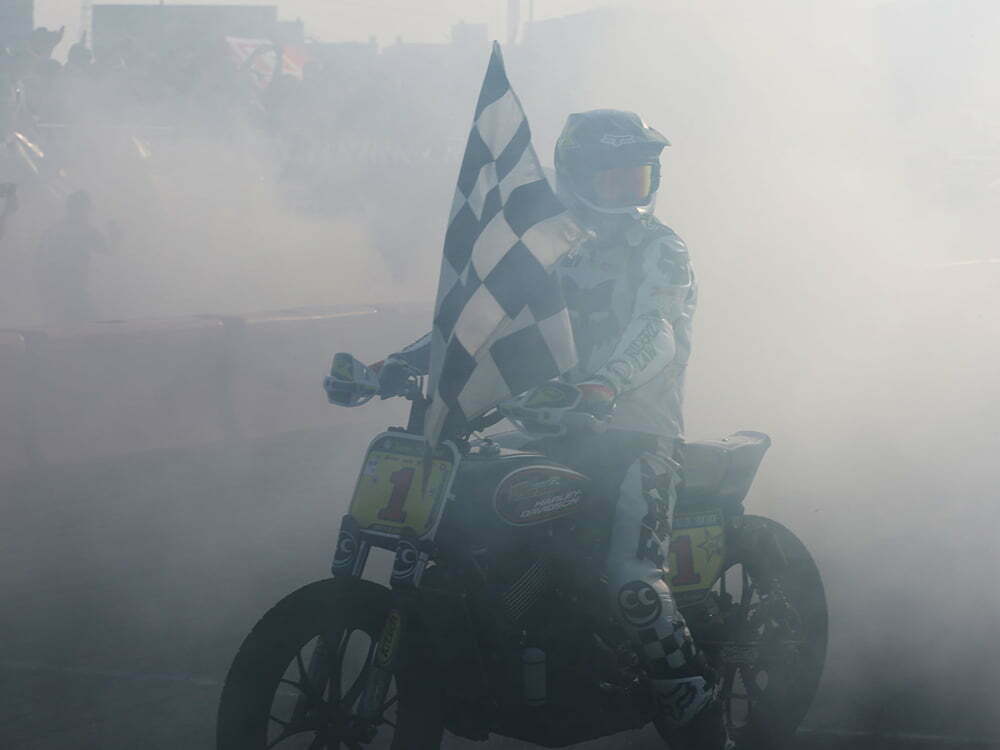 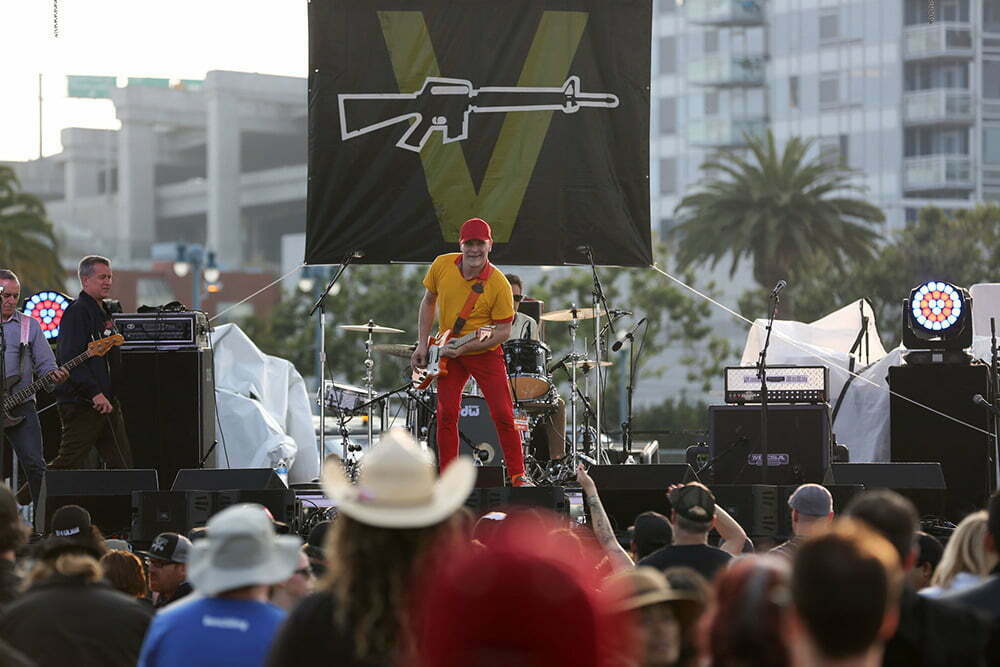 The Vandals playing directly after the Super Hooligan races