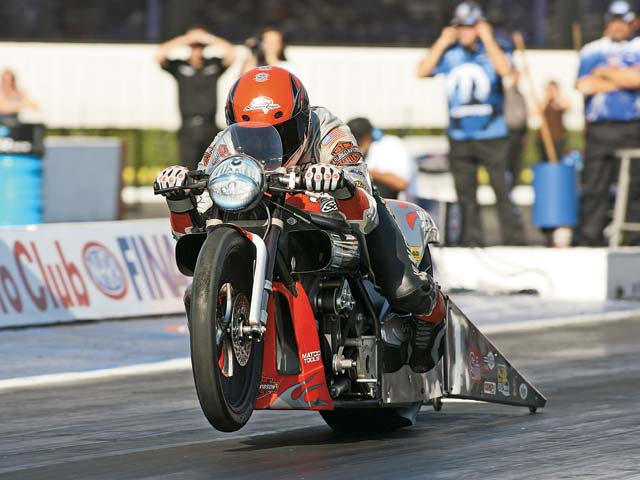 “To be only the third rider in NHRA history to win three consecutive championships (along with brother, Matt Hines and Angelle Sampey) is just incredible,” Hines said.

Harley-Davidson Racing Manager Anne Paluso said the third championship is a tribute to the way the team continues to improve. “When we started this program, our goal was to first qualify for a race, then win a race, and then start aiming for a championship,” Paluso said. “The plan was really to keep moving in that direction. The second championship was icing on the cake for the team, but the third title is a real tribute to how they can continually improve and find ways to be competitive in a very tough Pro Stock Motorcycle field.”