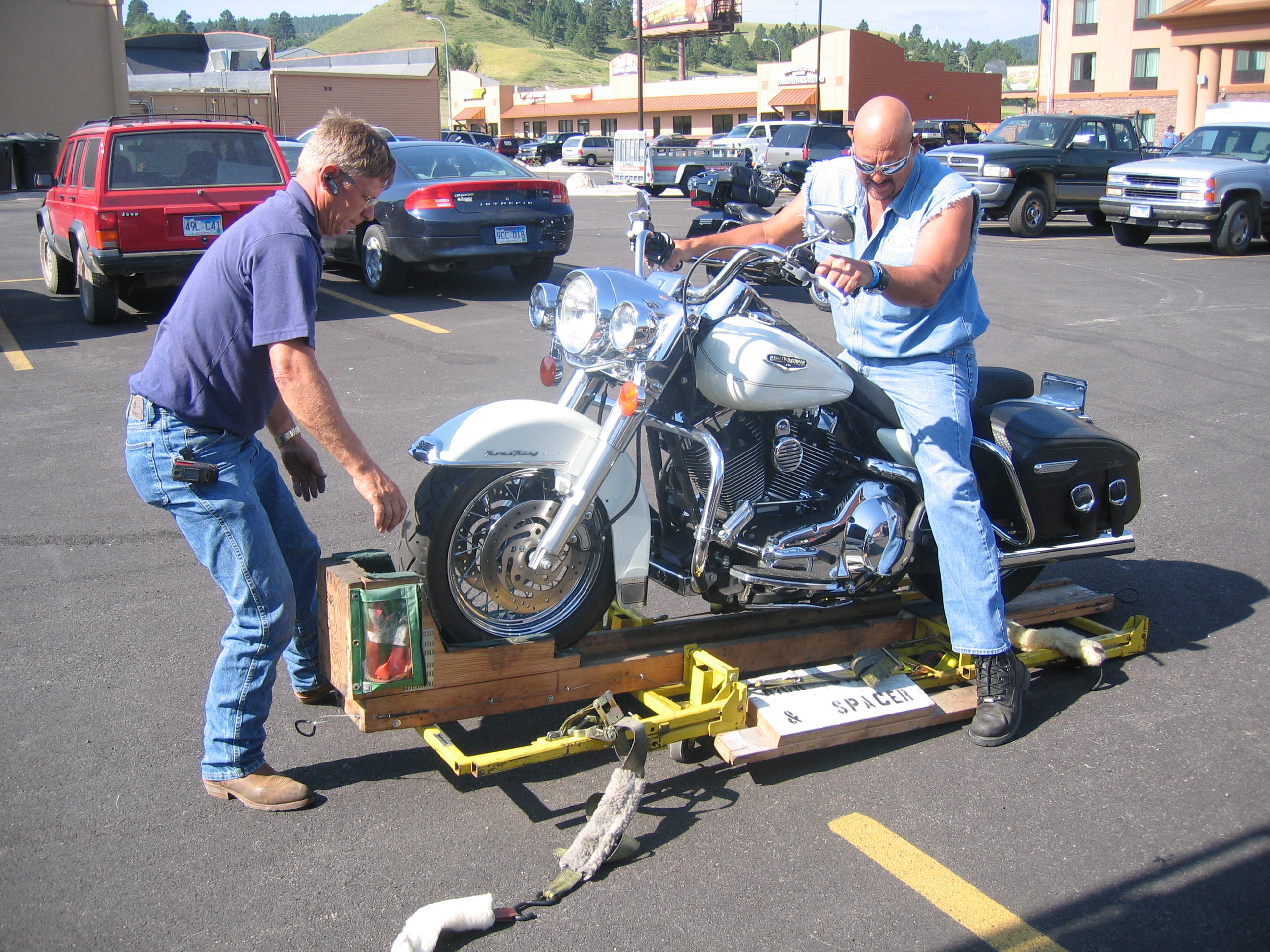 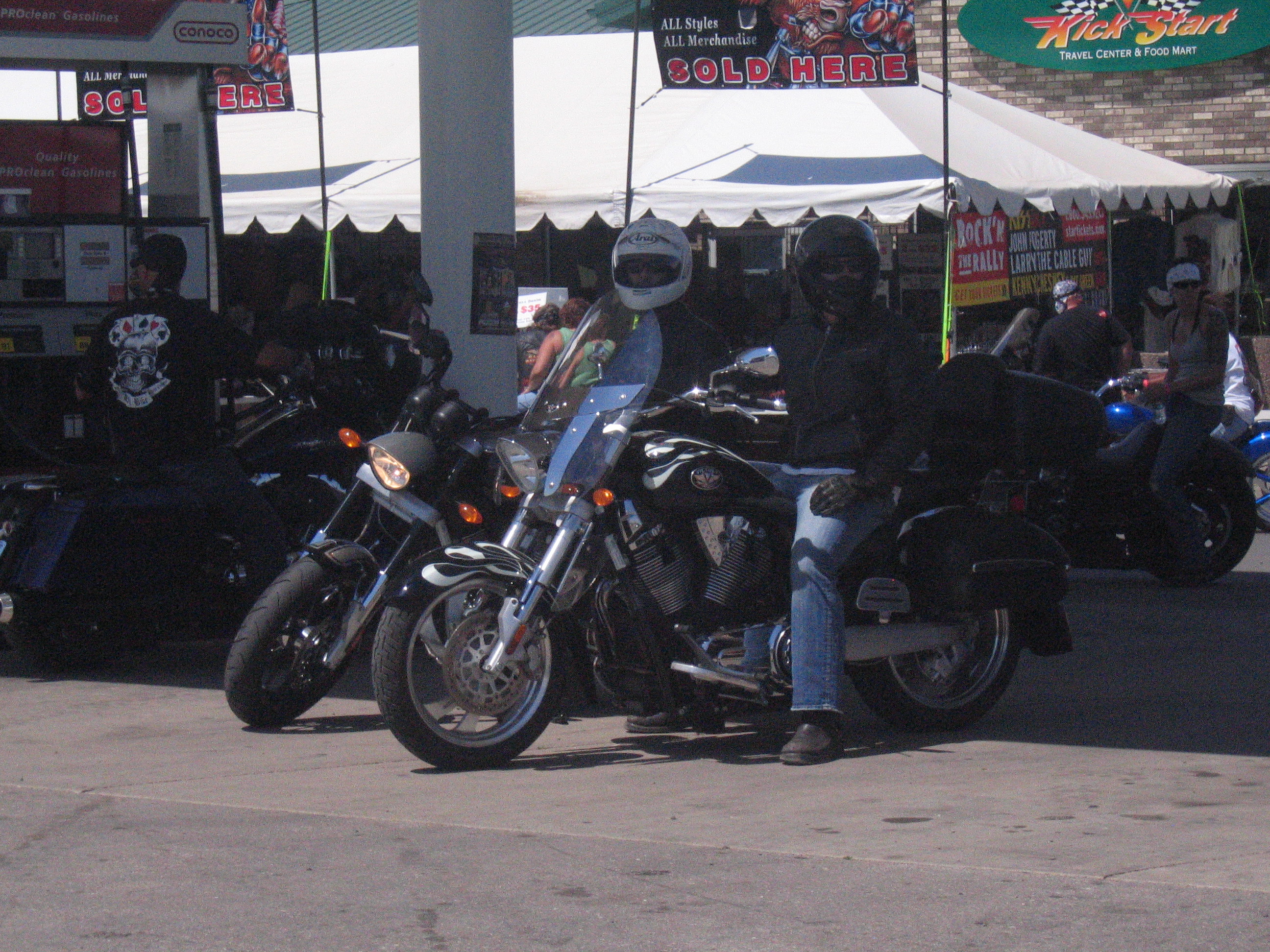 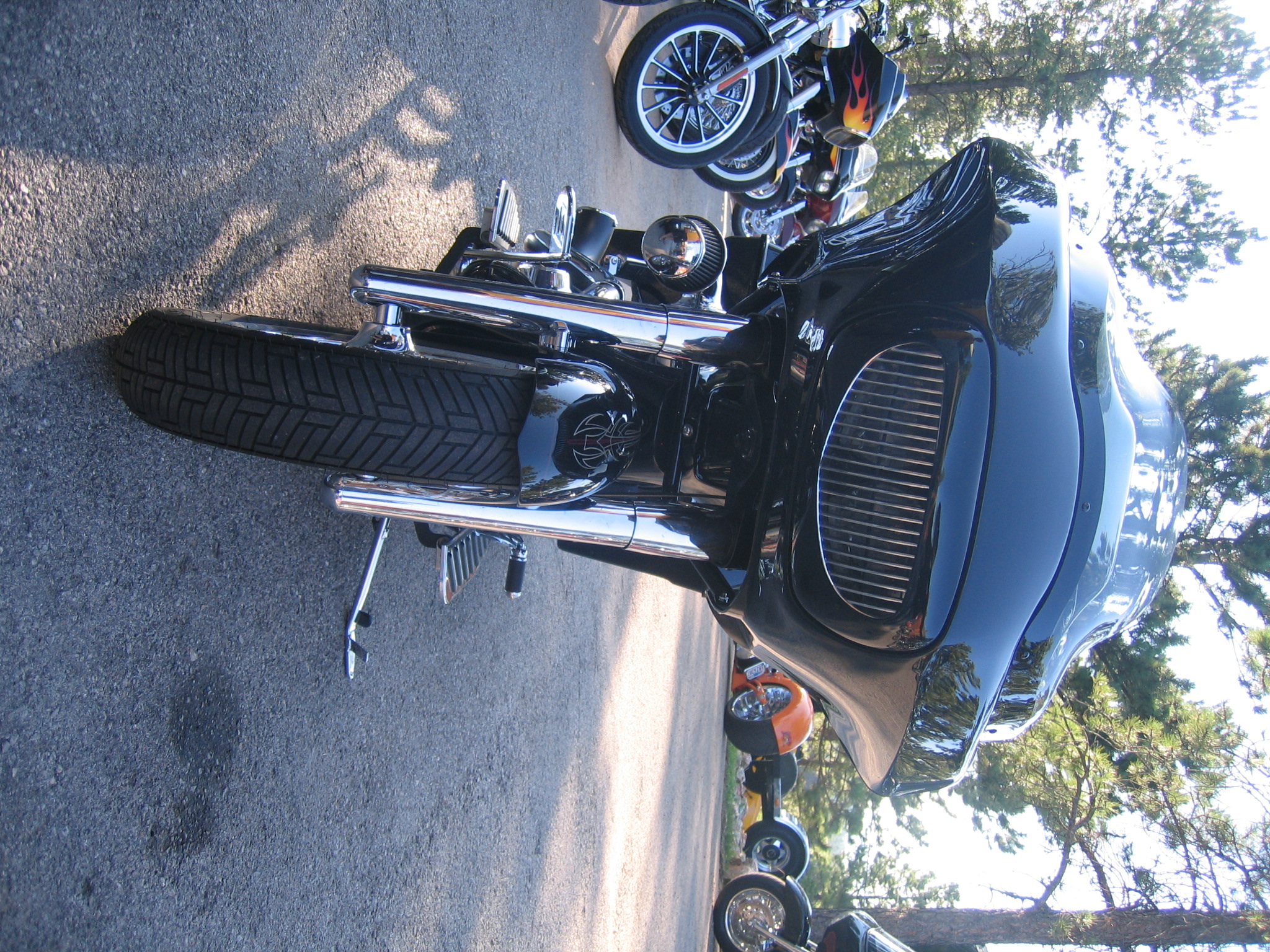 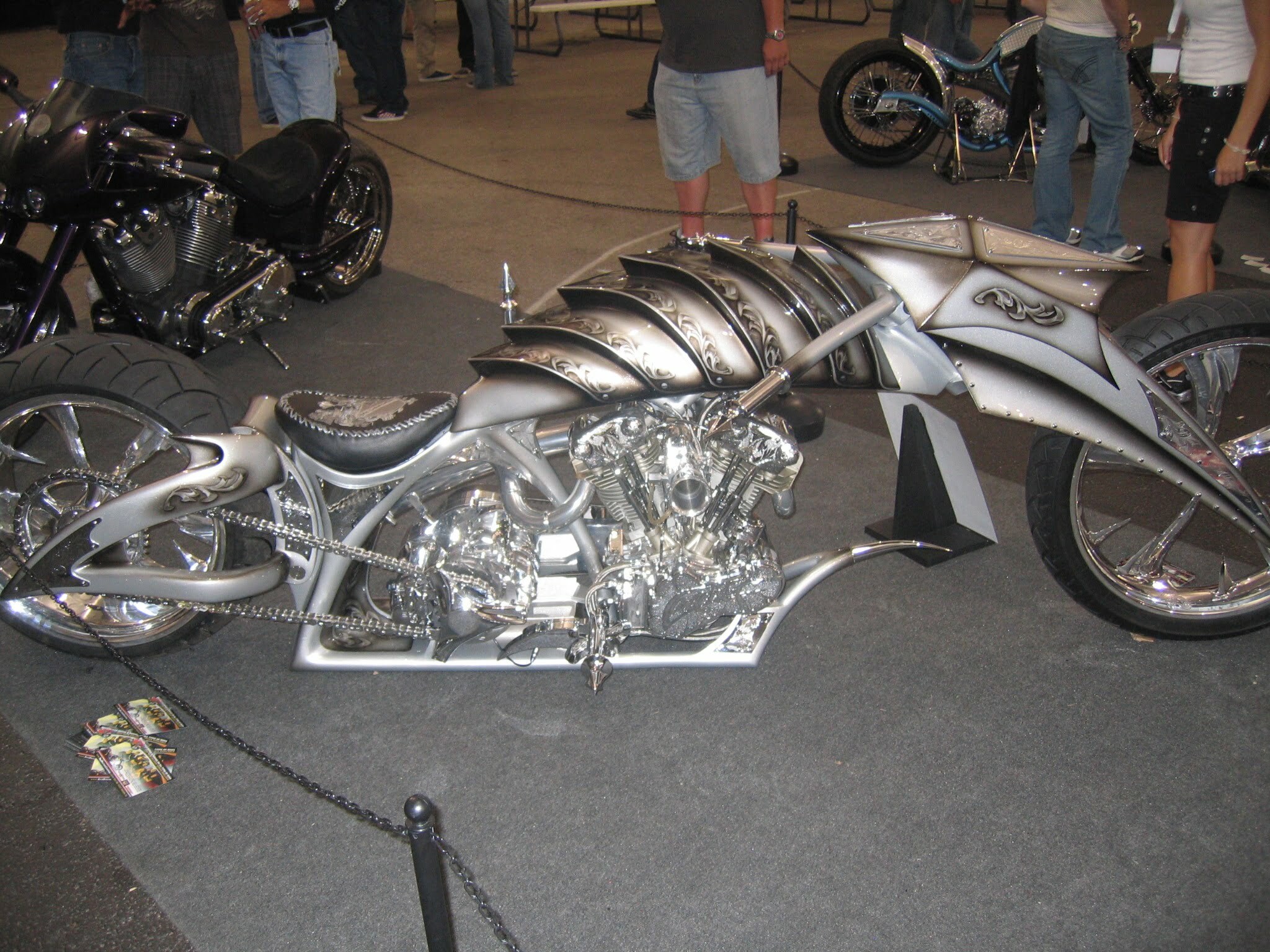 After getting a very few hours of very restless sleep Saturday night, we woke up early Sunday morning and lingered around the house for a about an hour trying to regain our senses after each of us spending nearly 15 hours in airports or on planes trying to get to the Black Hills of South Dakota.

After getting a very few hours of very restless sleep Saturday night, we woke up early Sunday morning and lingered around the house for a about an hour trying to regain our senses after each of us spending nearly 15 hours in airports or on planes trying to get to the Black Hills of South Dakota. At around 9:30 am, I was informed that we had to get out of the house and over to the Holiday Inn at the end of Lazelle to pick up a couple of bikes we shipped out here with Keyboard transportation. So being that I was the only one with a rental car, I had to drive. We arrive at the hotel, meet up with Sam from Keyboard and they unload our to bikes fro the truck. They really have their act together when I comes to shipping motorcycles. They have these long stands that the bikes roll onto then the stand jacks up on casters and the bike never touches the ground again until it gets off the truck. Totally secure and safe from falling over or banging into other bikes.
It took about ten minutes to get the bike off the truck and we were on the road back to the rental house to drop the bikes, off. Back at the rental Toph and Jordan, jumped in my car and then we headed out to the Buffalo Chip so they could pick up two bikes they were borrowing from Victory foe the week. Cruising through town, the traffic was really light. We were able to breeze through without too much stop and go—the gas prices must really have a stranglehold on people’s Sturgis pocketbooks. We caught up with Manny Pandaya fro Victory and BS’d with him for about two hours then we jumped on the rod and headed back to the house to get cleaned up ( none of us had showered since we left our houses the morning before.
After getting cleaned up, it was about 5pm, and we had to head over to a little welcome to Sturgis party at up in the Spearfish Canyon area. Spearfish Canyon is beautiful and amazing but not nearly as amazing as some of the bikes we say at this party. Everything from Baggers to custom board tracker’s were in attendance. There was this black Road Glide that I just fell in love with, especially the custom grille the guy made to cover the head light housing. We spent a couple hours at that party then we had to get back into Sturgis to attend our VIP party we were hosting with AMD and the World Championships of Bike Custom Building. So we all piled in my rental and tore off to Sturgis.
I thought those bikes at the previous party were cool; the bikes at this party were incredible works of mechanical ingenuity. Some of the top builders from around the US and around the world enter their best efforts in hopes of being crowned the world’s best builder.
We spent a good three hours at the VIP party, there were about 70-78 bikes there, and I was only able to see about 20 of them. I spent so long looking at each bike trying to notice every detail that before I knew it, most of the people were gone and it was time to head out. Once again back to the Jeep Liberty and we headed home. When we got home it was already 11pm so we just kicked off our shoes, and cracked open a few beers to relax.
Stuck being the wheel of a wanna-be SUV chauffeuring around a bunch of slightly intoxicated “bikers” is no way to take in all that the beautiful Black Hills has to offer, but tomorrow is looking to be a better day.