The Official Engine Sponsor of the GEICO Hot Bike Tour 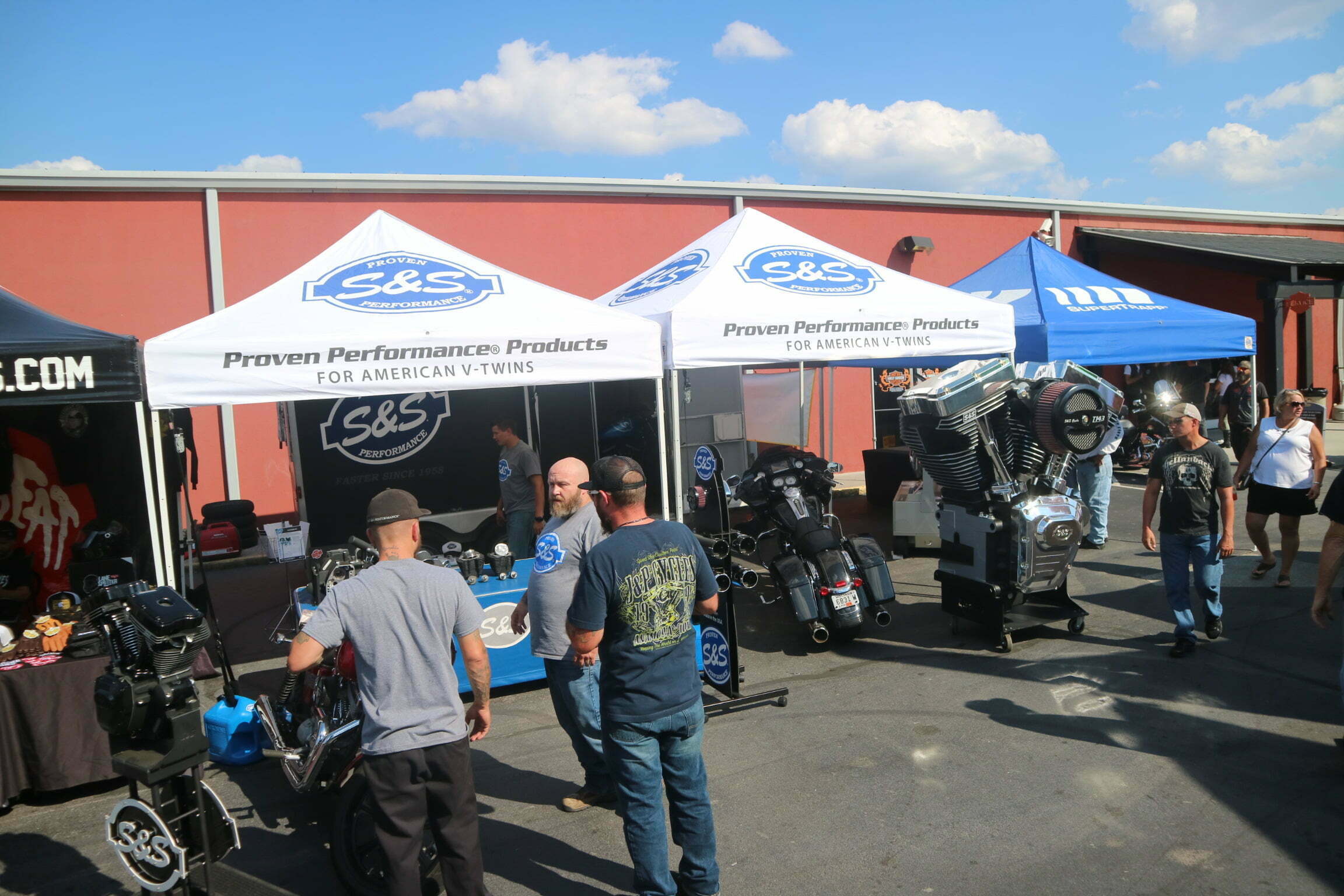 We’ve kicked off the 2016 GEICO Hot Bike Tour and we’d like to say thank you to the companies that stepped up to sponsor it and make it possible. To that end, we’re taking a look at S&S Cycle. The company is without a doubt the foremost aftermarket motor performance parts maker in the V-Twin industry. Who better to be the Official Engine sponsor of the Tour?

What started as a passion for speed grew into the best known company name in the V-twin performance aftermarket. George J. Smith had to make his own parts to make his motorcycle go faster. Now the company he founded manufactures the most prestigious line of “go fast” parts in the world. The company was started in the basement of his Blue Island, IL home in 1958, and moved to Viola, WI in 1969. In 2004, an additional facility was opened in La Crosse, WI.

Since then, the company continues to lead the industry with every manner of motor enhancement from air cleaners, carbs, and exhausts to big bore upgrades and full-on crate motors. You can see the full line of S&S parts on their website.

Find out where the 2016 GEICO Hot Bike Tour is going next!