6 questions for the long-time builder 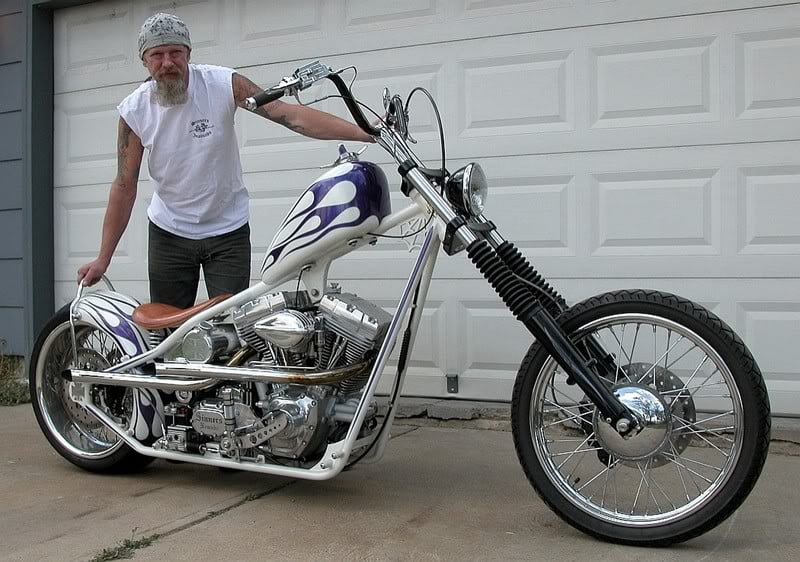 Our next invited builder for the 2016 GEICO Hot Bike Tour is Richard “Irish Rich” Ryan. He’s been in and around the industry a very long time. All of that priceless experience may serve him just as well here as it did in 2015’s Street Chopper “Winner Take All” show…

Why’d you agree to be a builder for the Tour?

I won the Street Chopper “Winner Take All” show at City Park in Sturgis against 30-odd bikes last year for the 75th Anniversary. When Jeff Holt called me up to accept the prizes, he announced that with the win, I had earned a place on the Hot Bike Tour for 2016, and would I accept? I said “Sure, I’ll be there”. I don’t get too many invites like this, so how could I turn it down?

Describe your Tour bike in one word.

How would you describe your building style?

I’ll build whatever you wish, but my personal style (and the builds I enjoy doing the most) are a mixture of traditional chopper/custom bike styles, with modern components sprinkled in, a lot of hand-made parts, with a lot of fine detail that’s not readily apparent. I want my bikes to get your attention, then the more you look at them, the more components and touches you see that aren’t readily apparent at first glance. That’s what I’m known for.

I’m getting an opportunity to ride an area, and meet people that I normally don’t get to. I haven’t ridden the Smokies, or had an opportunity to get back East to events for a long, long time. I’m looking forward to doing that, and seeing old friends on the Tour, and meeting new people, and people I just know from online.

How did you get started building motorcycles?

Well, I’ve been building custom bikes and street rods since 1968. Choppers have been a life-long love affair with me, ever since I was a kid. At the encouragement and a “bump” from a well-known builder (he knows who he is) I went out on my own in ’01. I’ve been strictly doing custom bikes and fabrication for a living since.

With the South being the birthplace of barbecue, which do you prefer: ribs, brisket, or pulled pork?

Not fair. I’ll eat good bbq ribs, brisket, and pulled pork all together at one sitting until it comes out my ears! But, if I HAVE to choose one, it would have to be the ribs. 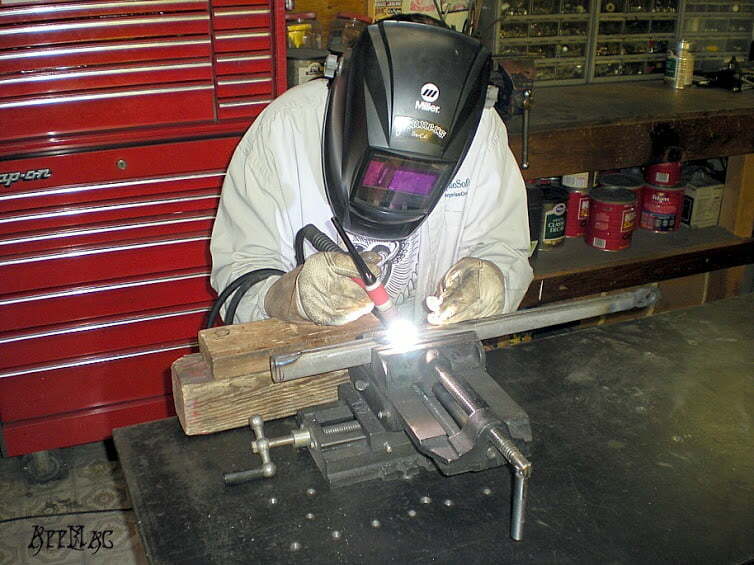 Hard at work on a springer fork.

Get all the info you need on our upcoming GEICO Hot Bike Tour here.