One shop's loss is another's gain 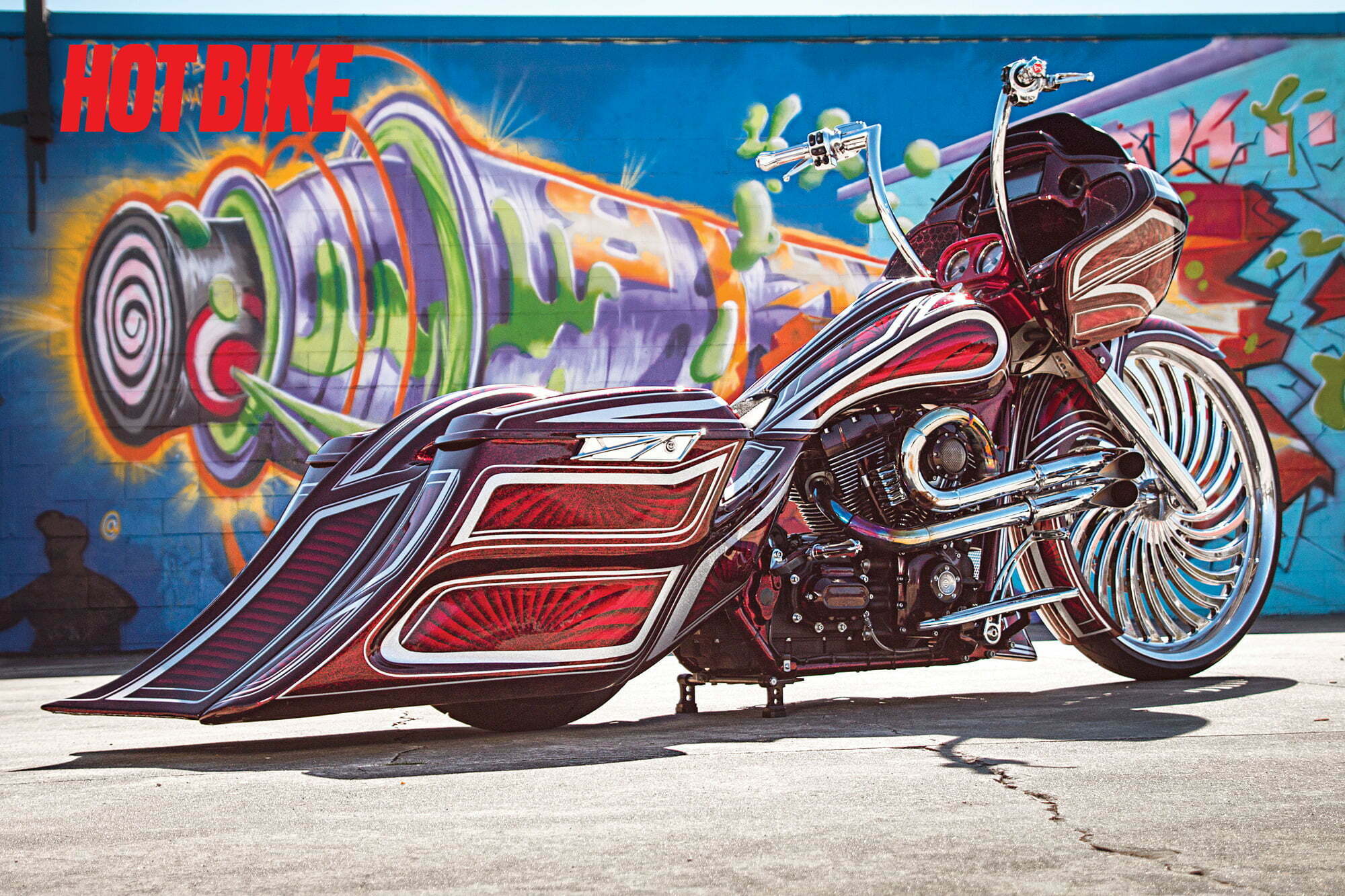 Henry Campanato is a very patient, understanding guy right up until he isn’t. There comes a point when he, like many good, reasonable people, runs out of gas in both of those departments when pushed too far. That’s exactly what happened with his 2015 Road Glide. One shop spent six months screwing him the hard way, and it was up to another shop to transform his stock bagger into the custom he’d been dying to ride. Here’s what happened. 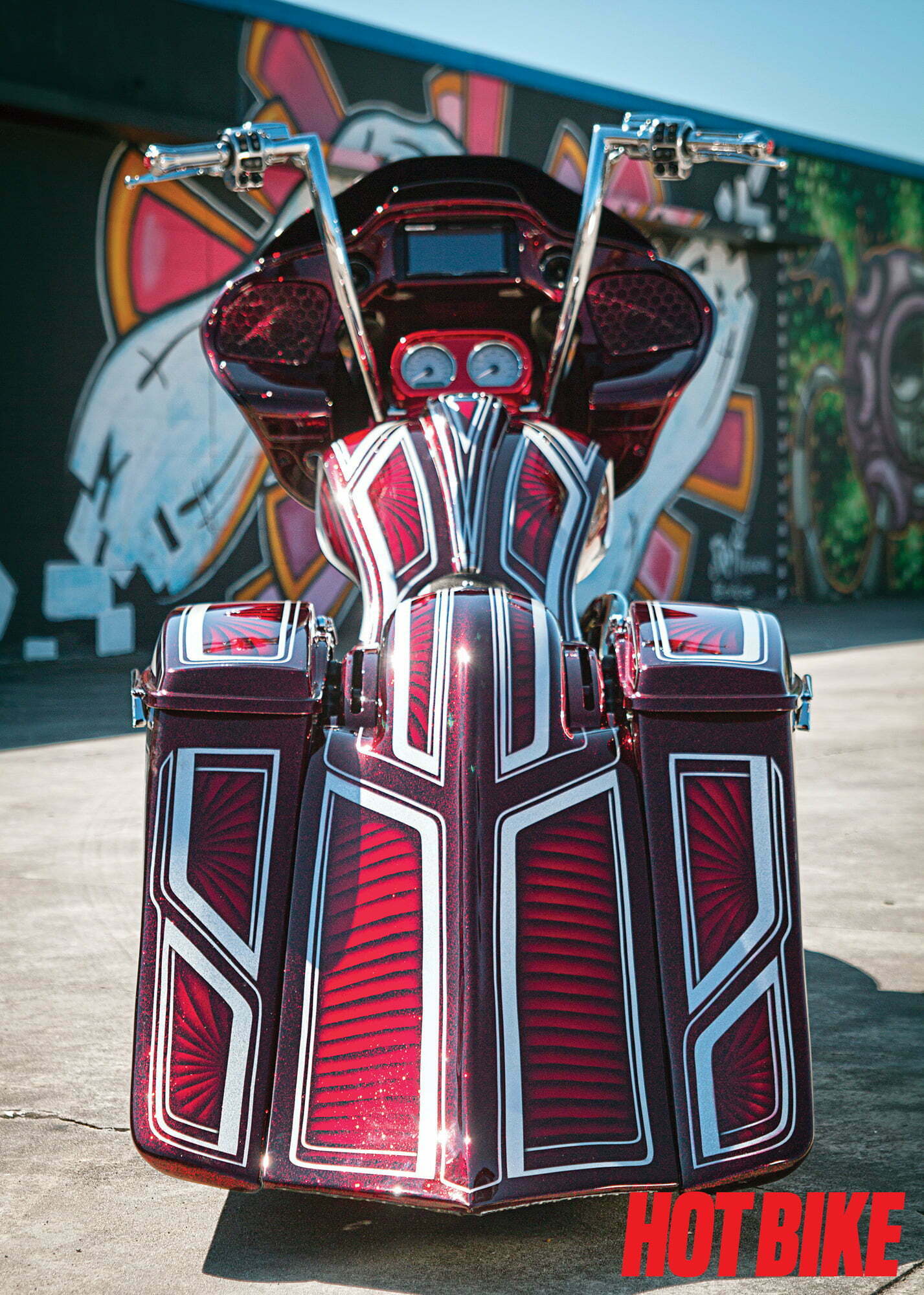 Henry buys his Road Glide, bone stock. Not wanting to keep it that way, he takes it to a bike shop for upgrades. So far, so good. It’s a stock-bagger-meets-bike-builder love story we’ve all heard before at this point.
The romance turned sour about a month later. There was no progress made on the bike. Like a gold digger milking a millionaire, the shop owner started making excuses to get more cash out of Henry without giving anything back. Unless you count lies. If Henry was interested in buying fiction, he was definitely getting his time and money’s worth. Still, we’re only a few weeks in at this point, and sometimes snags do actually happen. 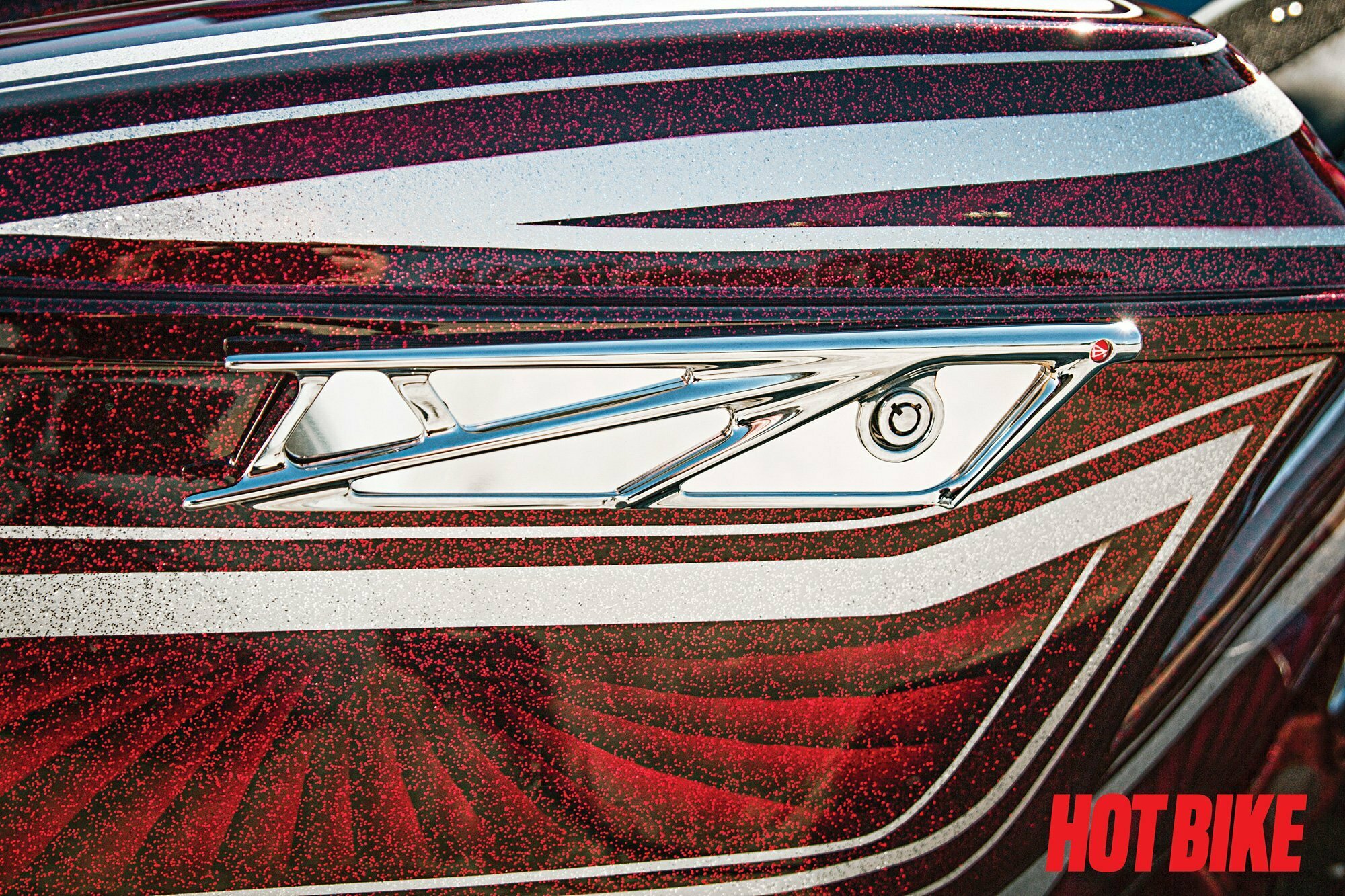 Time rolls on. The weeks, excuses, and financial outlay pile up. Henry’s patience fades in direct proportion to the amount of money he’s thrown into his unfinished bike. All he’s gotten for his trouble are stories, if that. Hell, not even good ones anymore.
This cycle goes on for six months. That’s half a year of no motorcycle. Finally, Henry is just done. He takes back his bagger then turns it over to Kryptic Concepts. That’s the shop that did all the work on his Road Glide. They also treated him and his project with the professionalism and respect that paying clients deserve. “They built me an amazing bike,” Henry says. “The product that they built for me speaks for itself.” 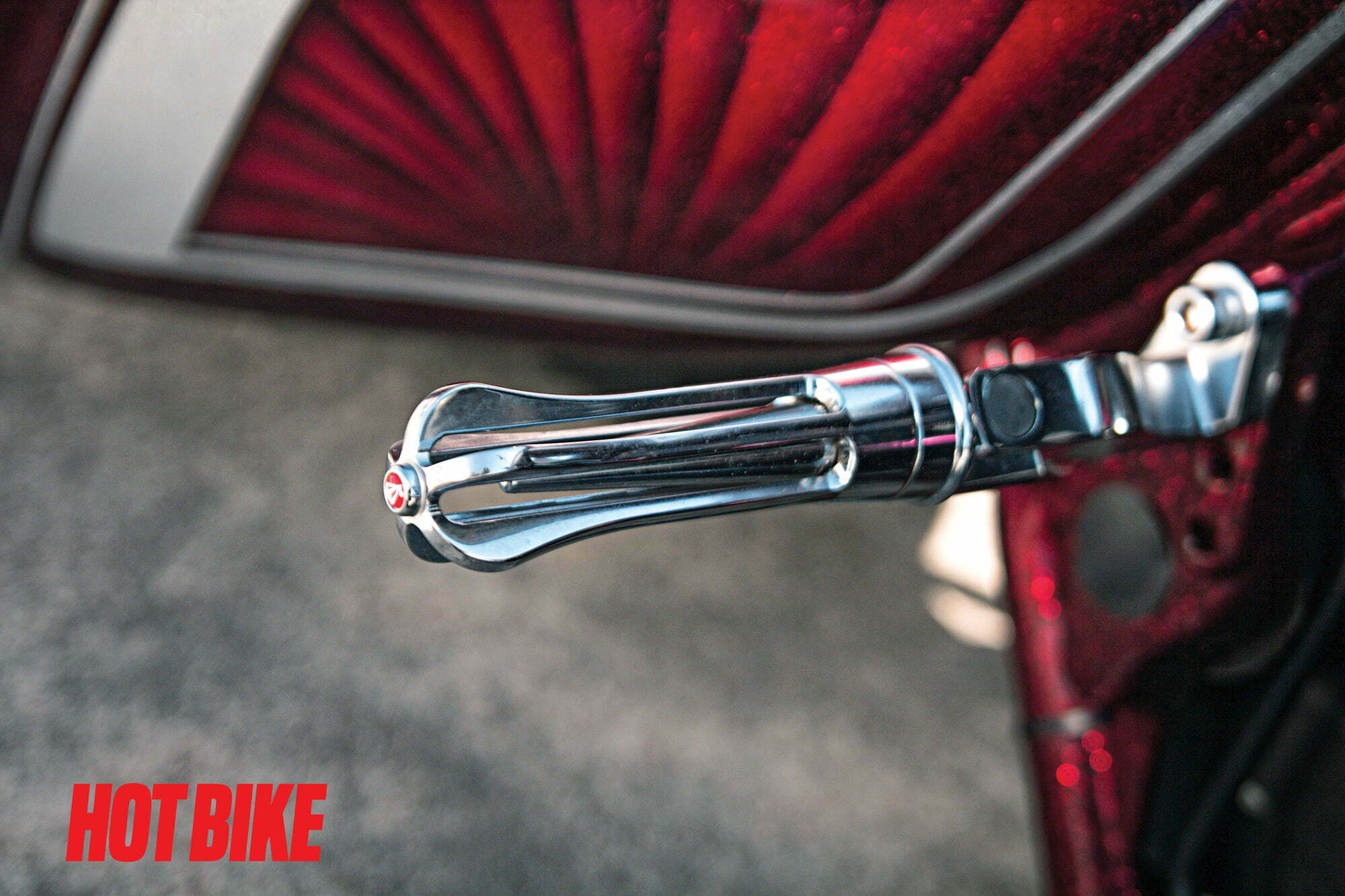 Much of the work was for style. Kryptic gave Henry’s ride a 30-inch SMT front hoop, upgraded the bodywork with a Dirty Bird rear fender and saddlebag set, swapped in Battistinis controls, and changed over to 18-inch apehangers. The new Pioneer touchscreen stereo with 1,000-watt amp and dual 10-inch speakers were must-haves for Henry’s ride. Be Unique zapped Henry’s baby in Brandy Candy Wine to sexify his ride. For as labor-intensive as all this work is, it’s not half a year’s worth of effort. Kryptic proved that by doing the job in a fraction of that time. Henry didn’t have anything done to the motor other than custom pipes, really. The transmission worked perfectly for his riding style. So what really happened to all that time and money spent at the other shop? 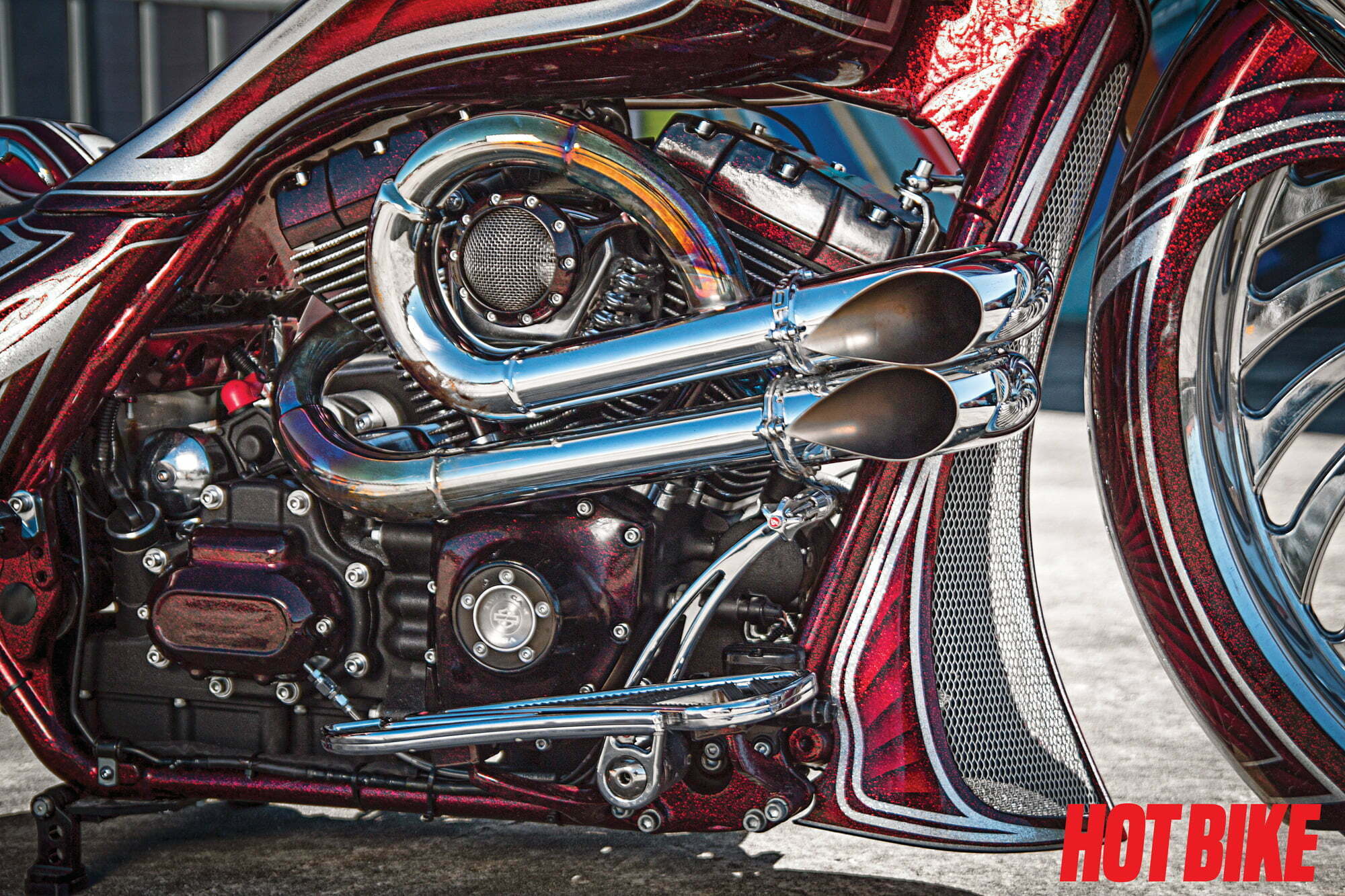 Fraud happened. Not even smart fraud though. The owner of the shop that shall remain nameless had the brilliant idea of using Henry’s money to finance parts for his own motorcycle. That’s at least a trifecta of stupid. First for doing it to a paying customer, second for thinking they’d never notice that their project wasn’t getting finished, and third for being dumb enough to let them find out what you were really up to. In the end, Henry got the bike he wanted. Speaking of “in the end,” that’s probably where the owner of the first shop is going to be taking it in his cell for the next few years. 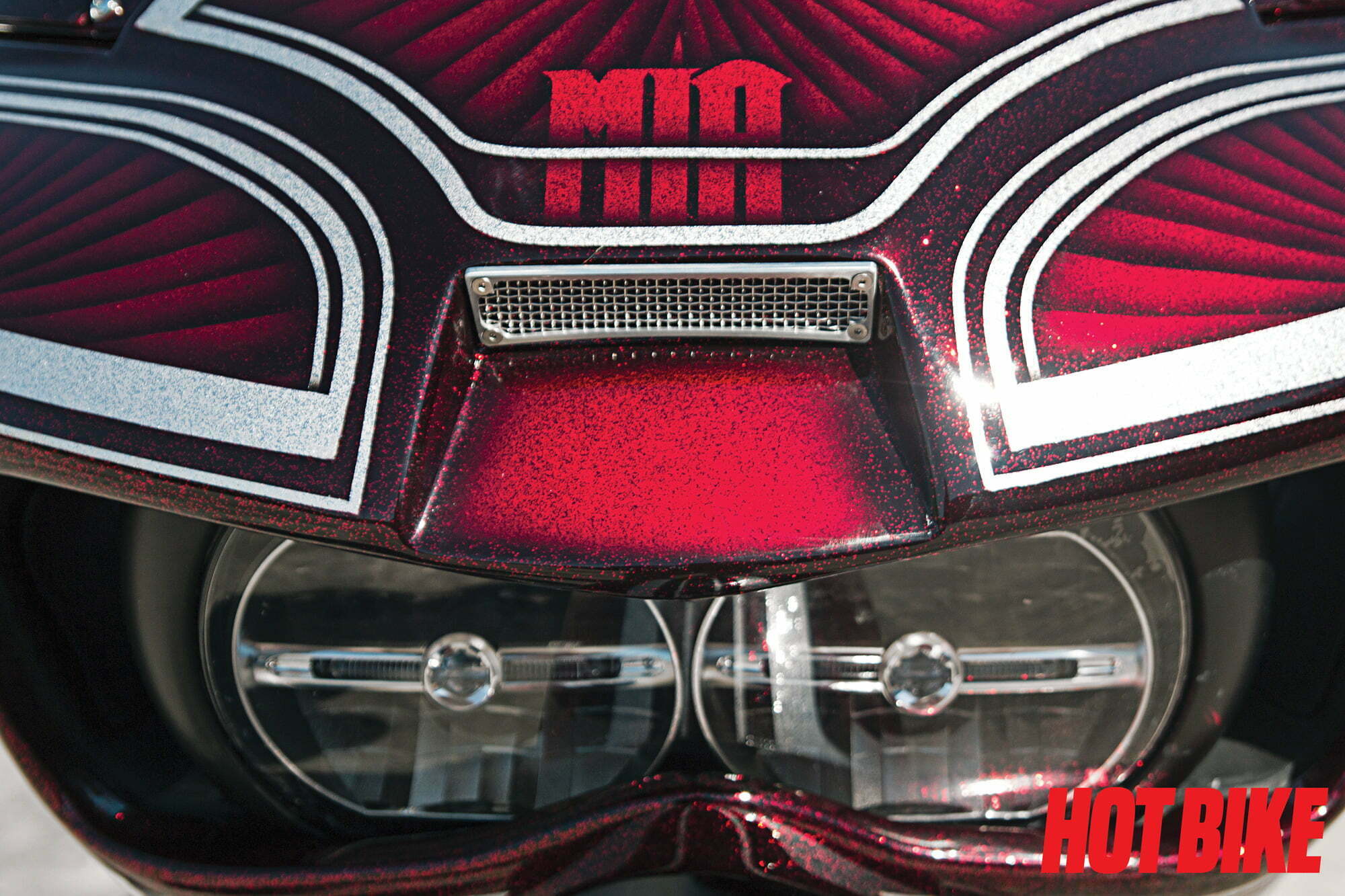 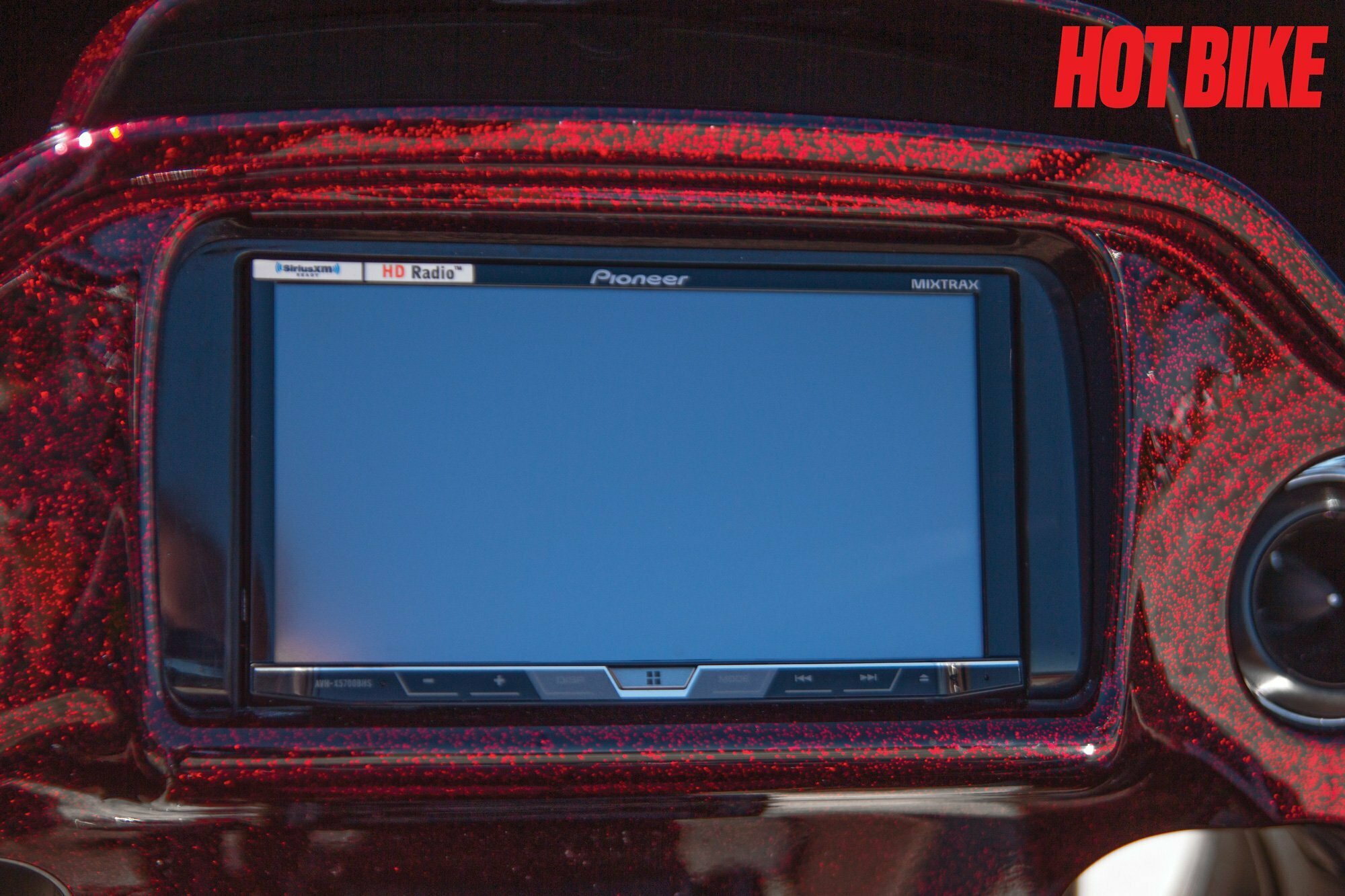 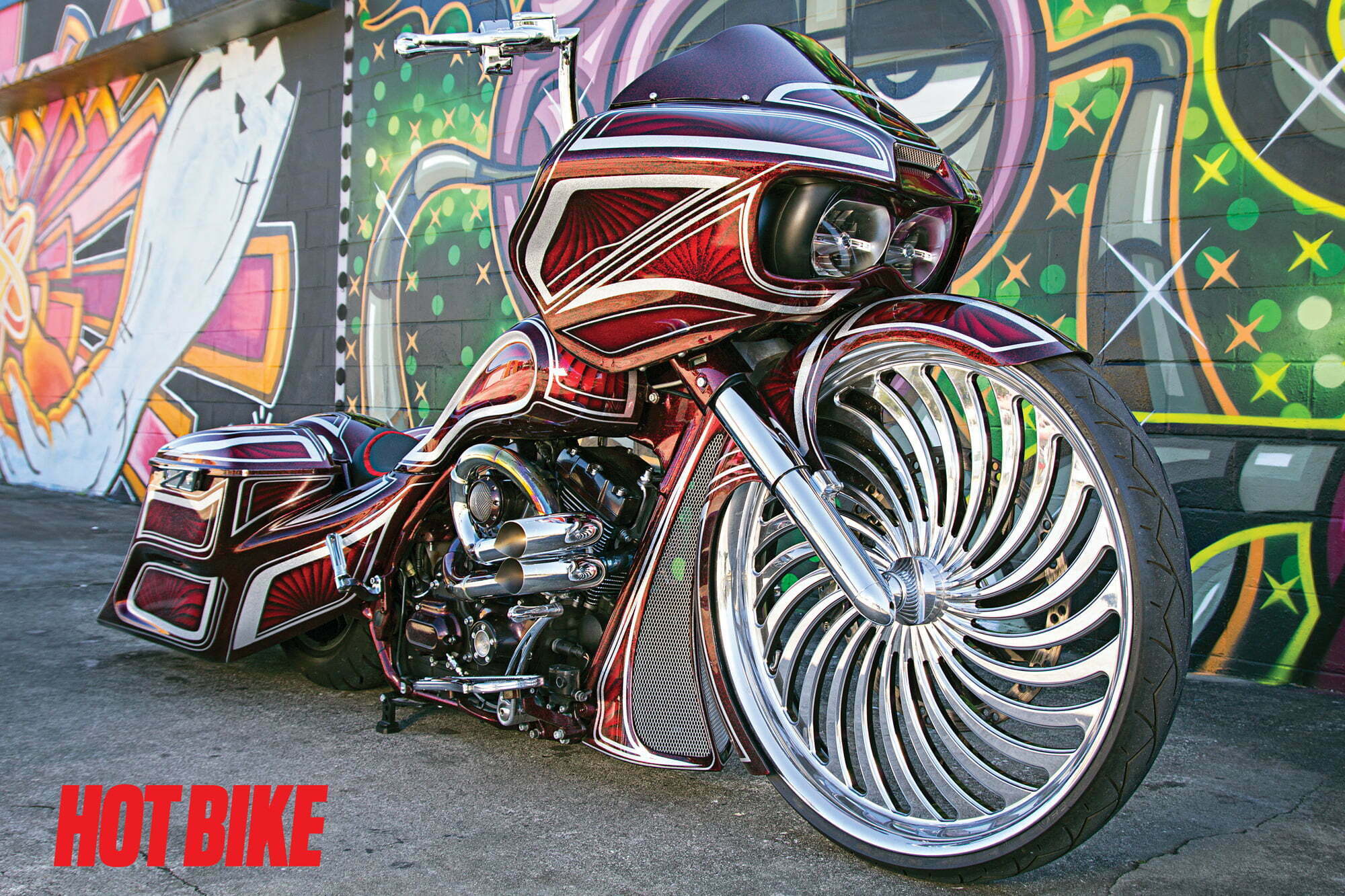 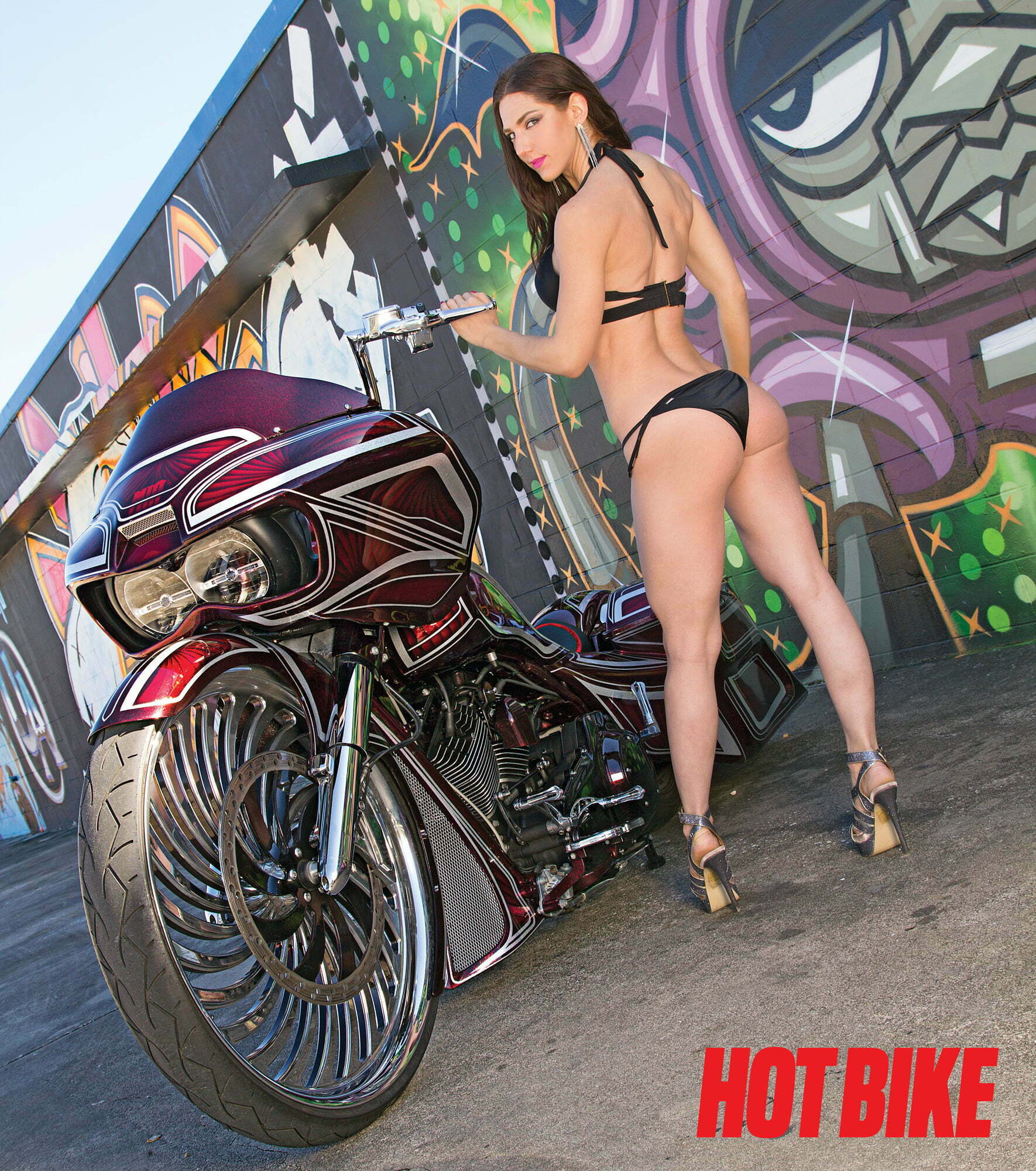 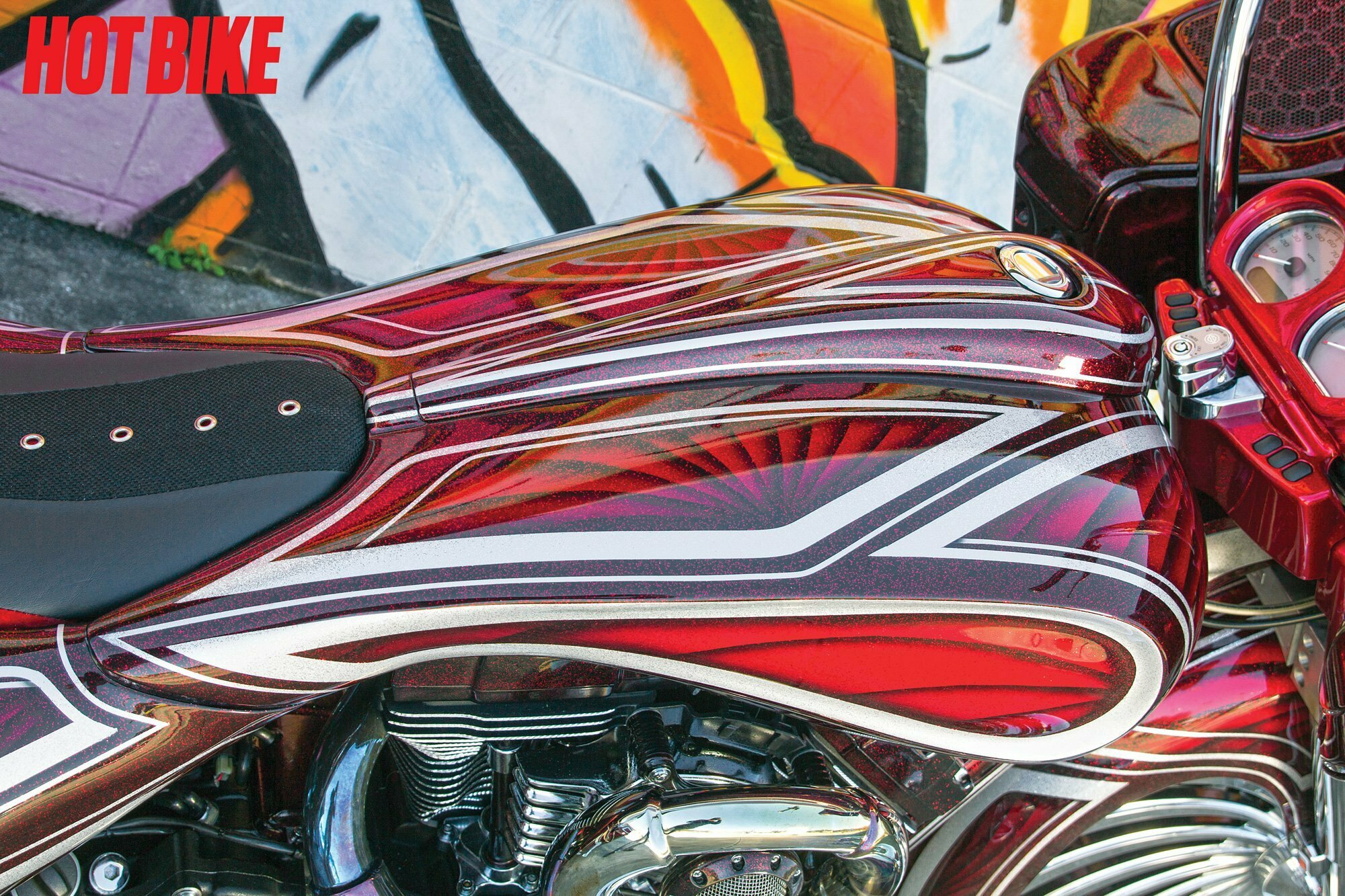 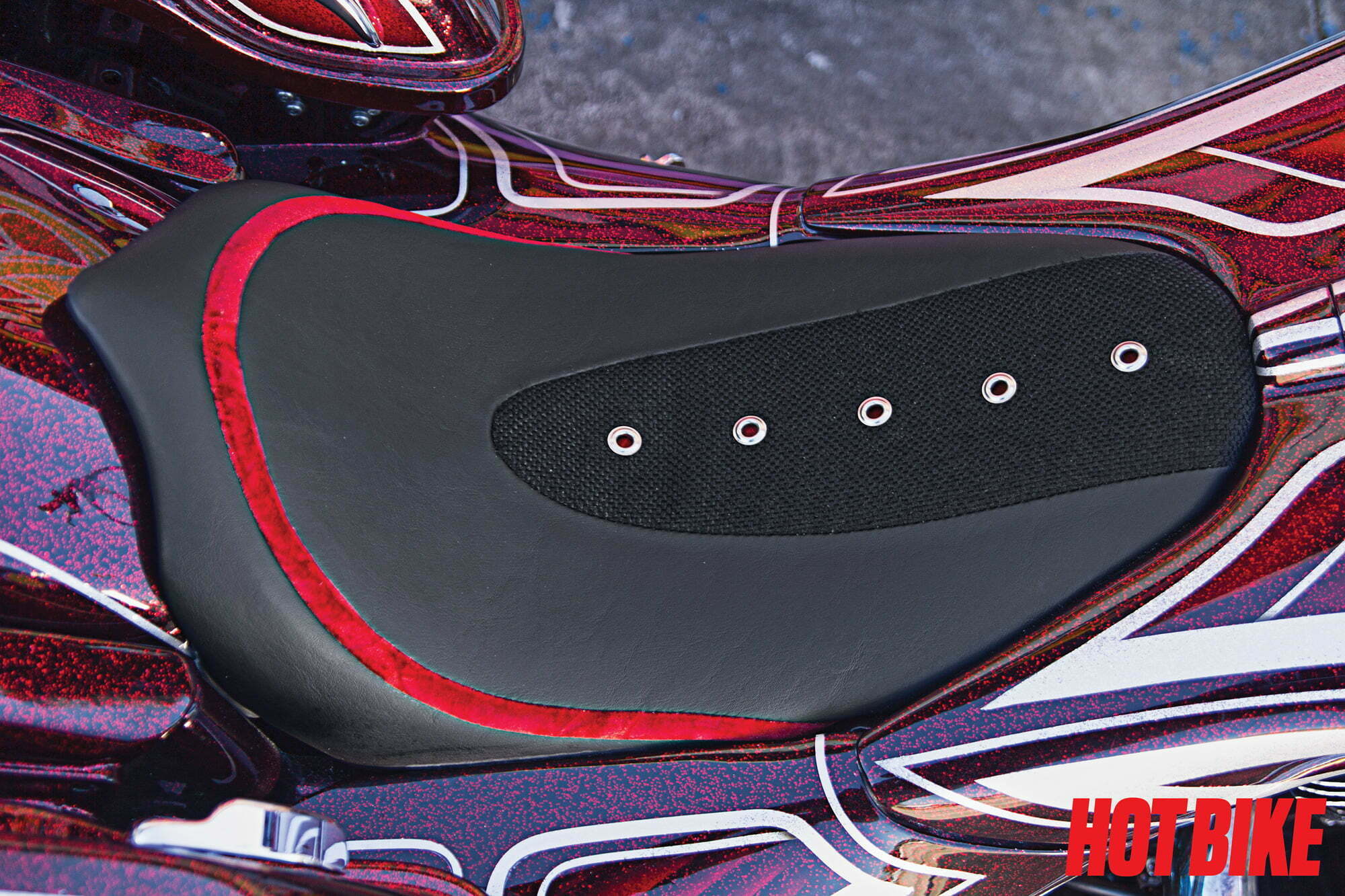