AFT twins battle it out in Sturgis

As if Sturgis wasn’t wild enough, they added an American Flat Track TT race right in the middle of the Buffalo Chip. And of course, in true Sturgis fashion, the semifinals were interrupted by rain and the track had to be reconditioned, pushing everything back a few hours. But don’t forget, this isn’t your typical race course by any means, this is an outdoor amphitheater that is changed into a TT race track just one day before the races.

Once the skies cleared and the track was approved, it was back on. The racers came back out with a vengeance and there was no shortage of slide outs and collisions. The main race started with Bauman and Vankerkooi out in front, gaining a decent little lead before Bauman went down in turn four, taking Vanderkooi with him in a crash neither of them recovered from, finishing in 10th and 15th.

Jared Mees and Jake Johnson danced back and forth, staying right on each other through the turns and chasing after one another in every straight. In the end, Johnson took the win on his Indian FTR750. And of course, as you’d expect from the Buffalo Chip, the borders of the track were being torn down during the trophy ceremony to make way for the incoming concert.

Check AmericanFlatTrack.com for the current standings and upcoming race schedules. 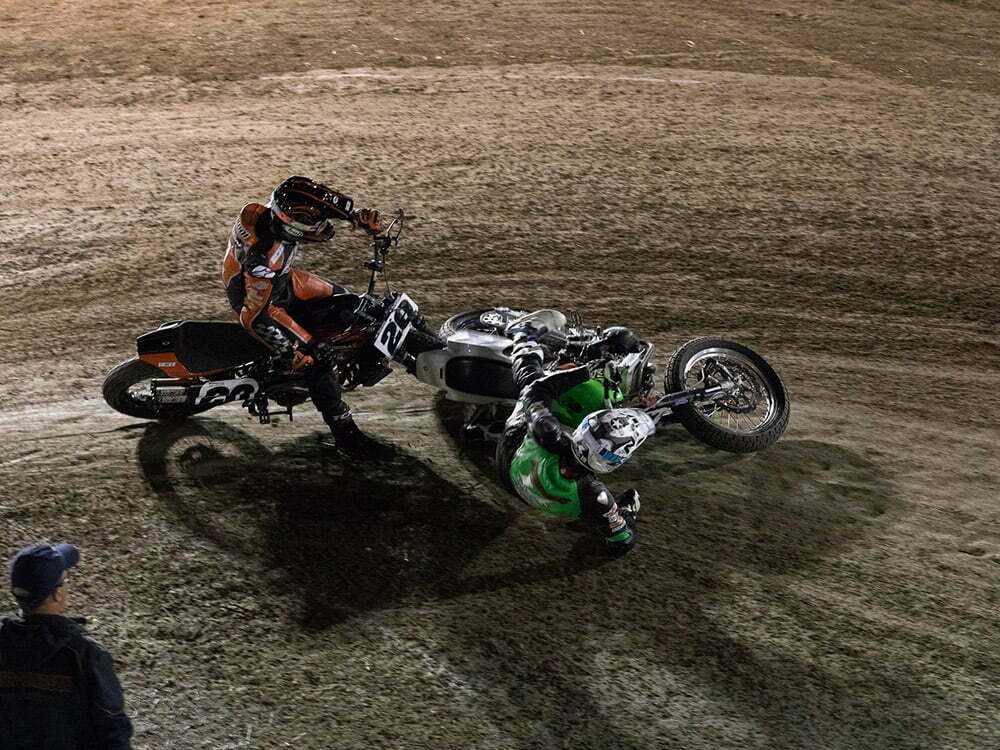 Bauman(14) goes down in front of Vanderkooi(20) 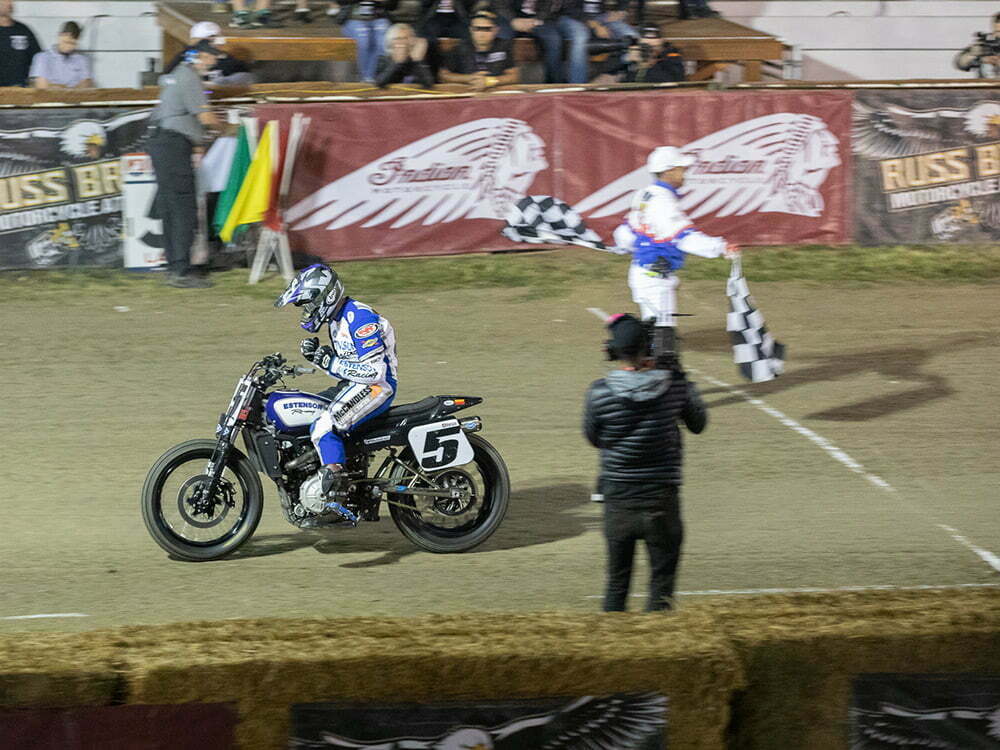 Jake Johnson celebrating his win as he crosses the finish line 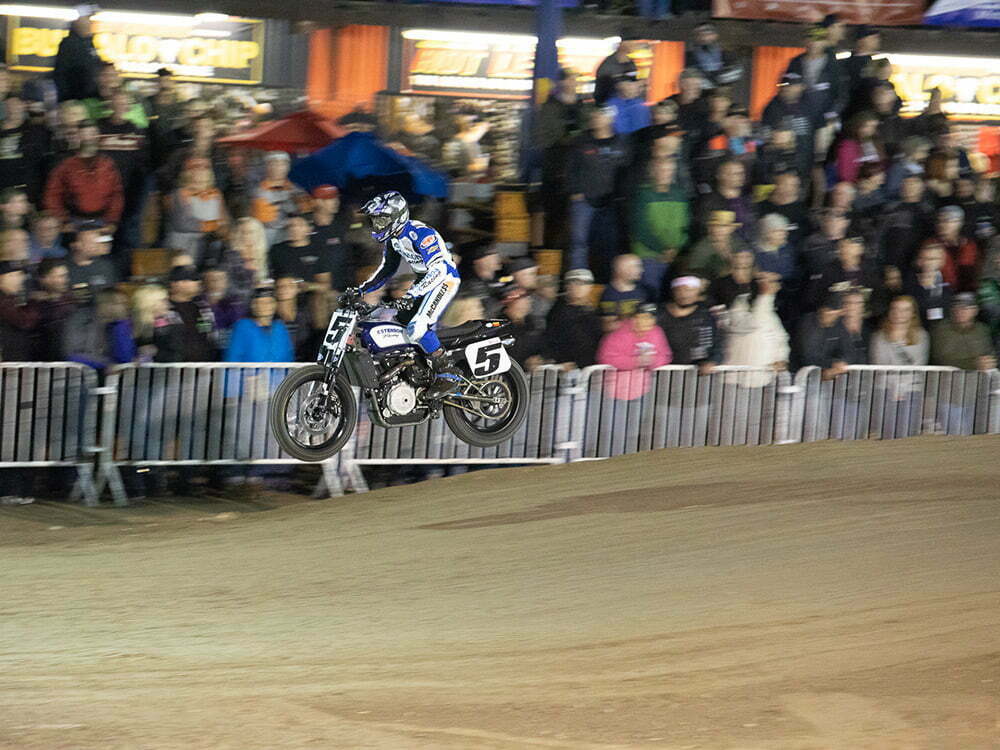 Jake Johnson flying through the Chip 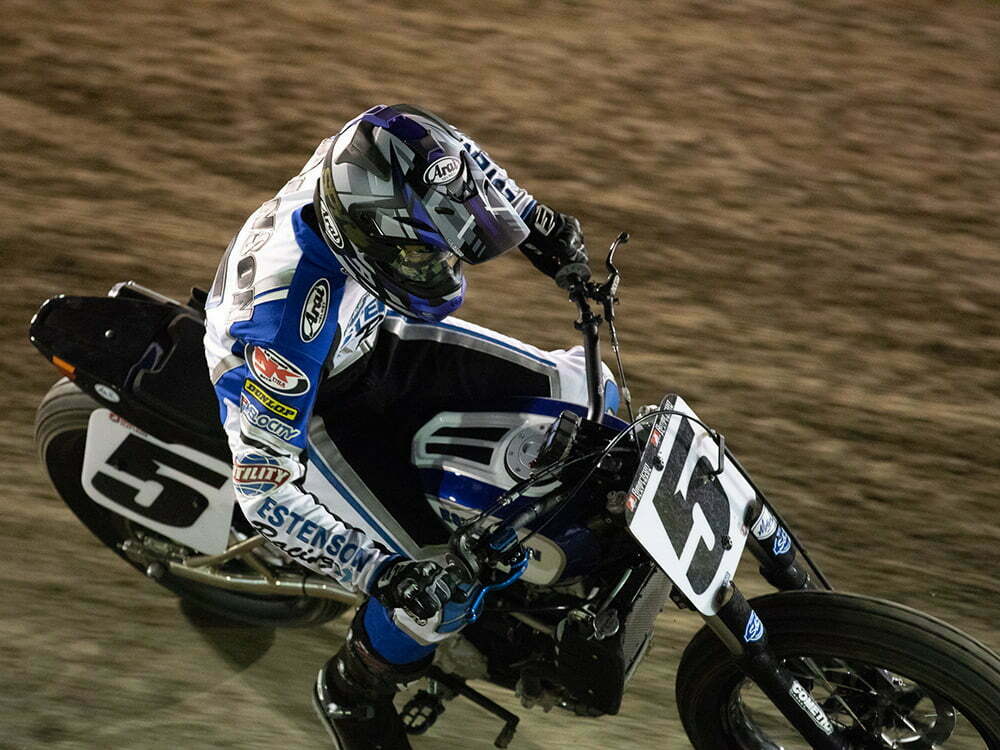 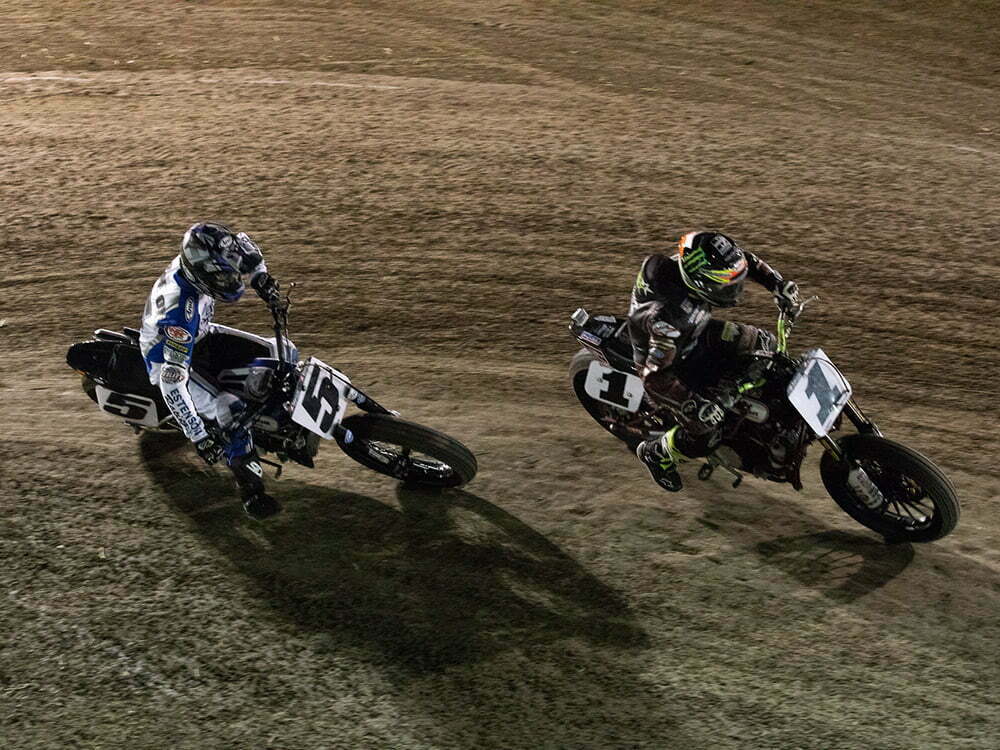 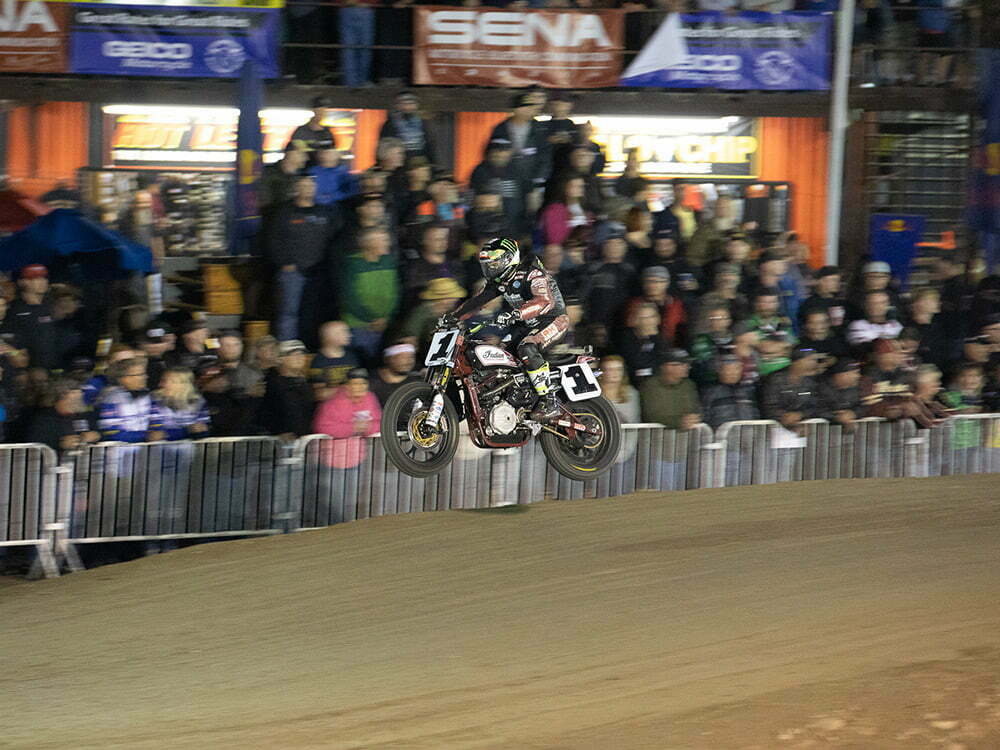 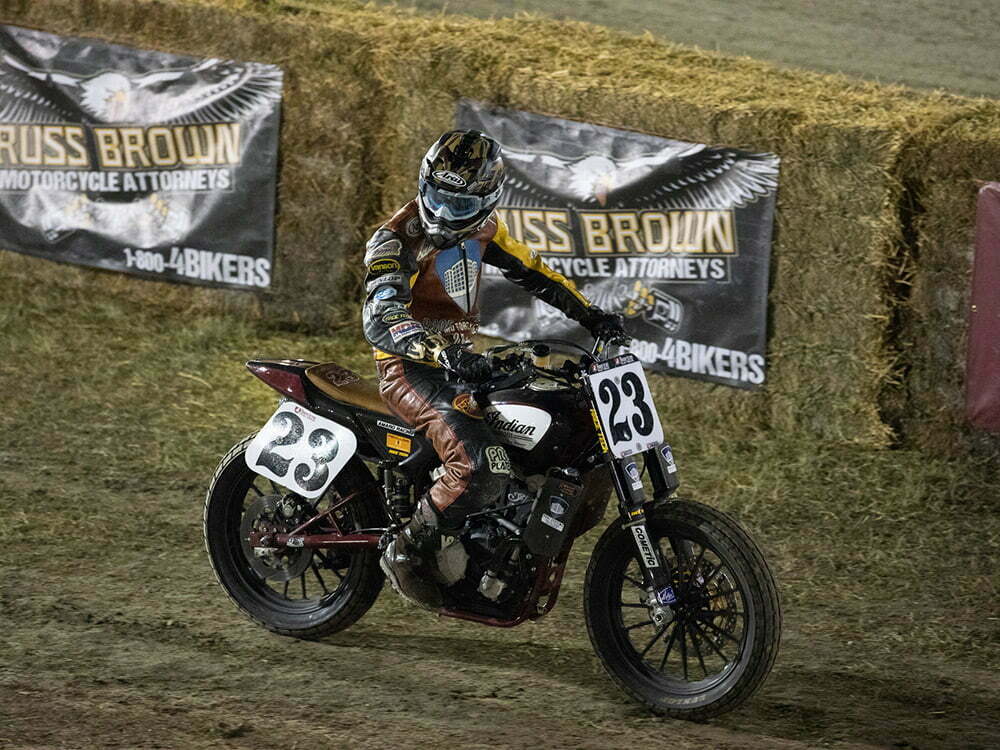 Jeffrey Carver Jr. sits on the sidelines with a stall 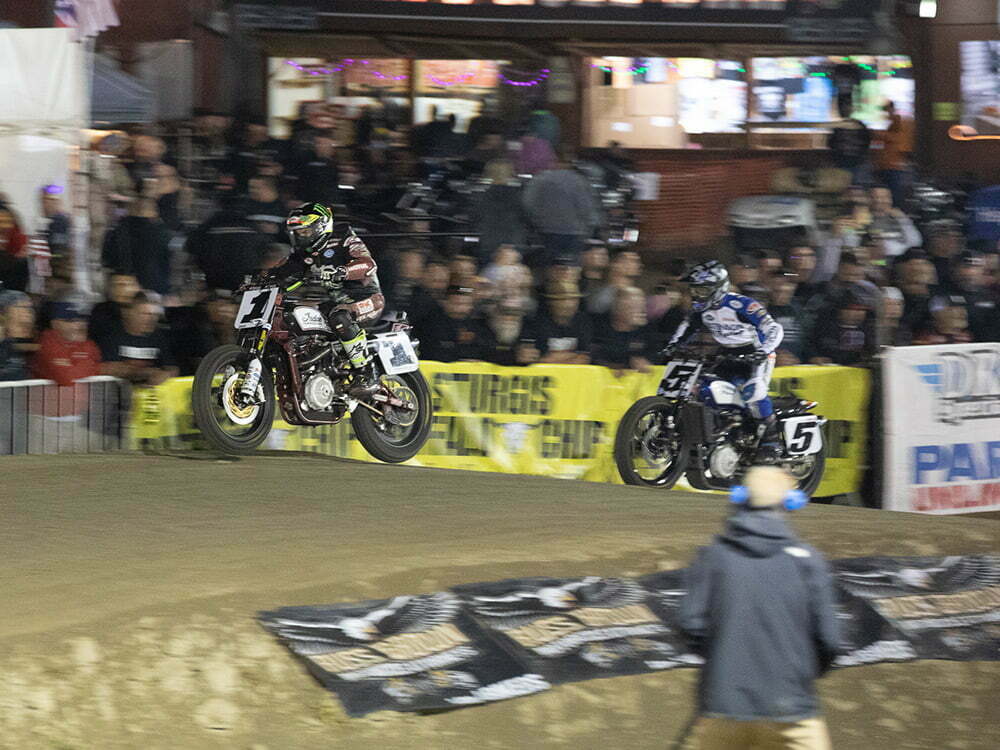 Johnson chasing Mees over the jump at the Buffalo Chip TT 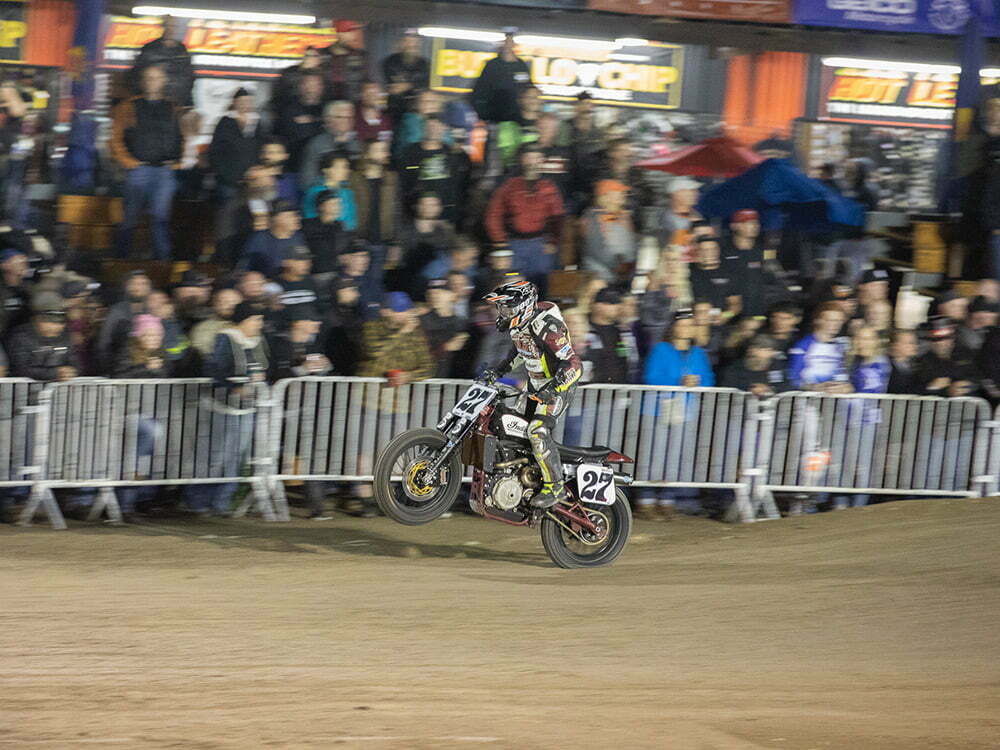 Robert Pearson squishing the rear tire with his landing 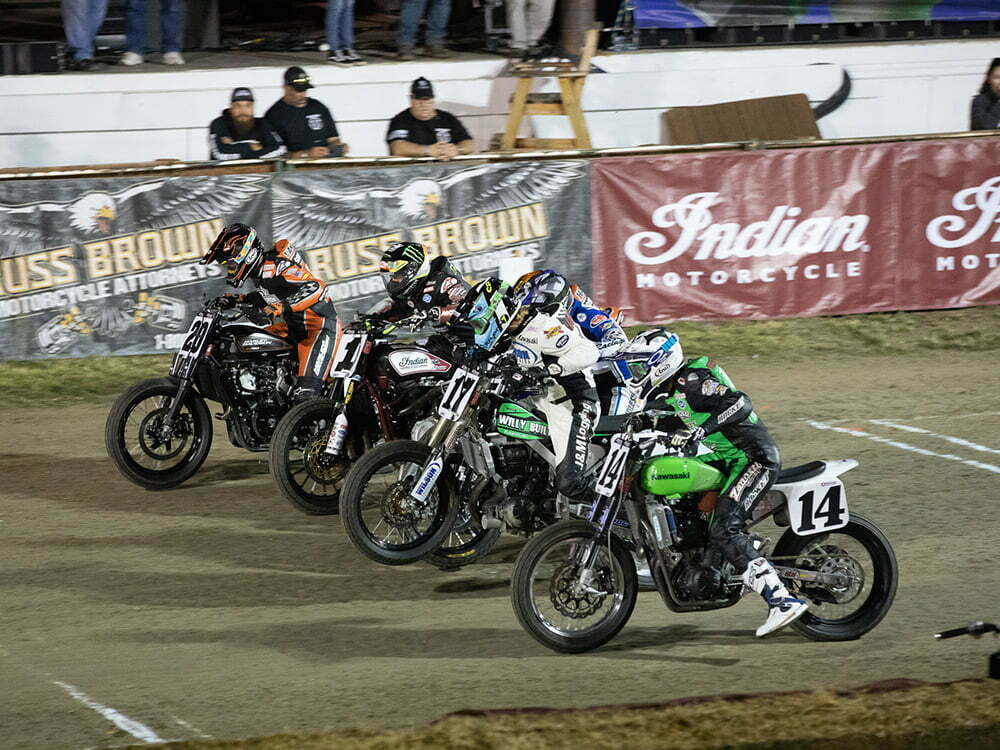 The front line of the main event leaving the starting line 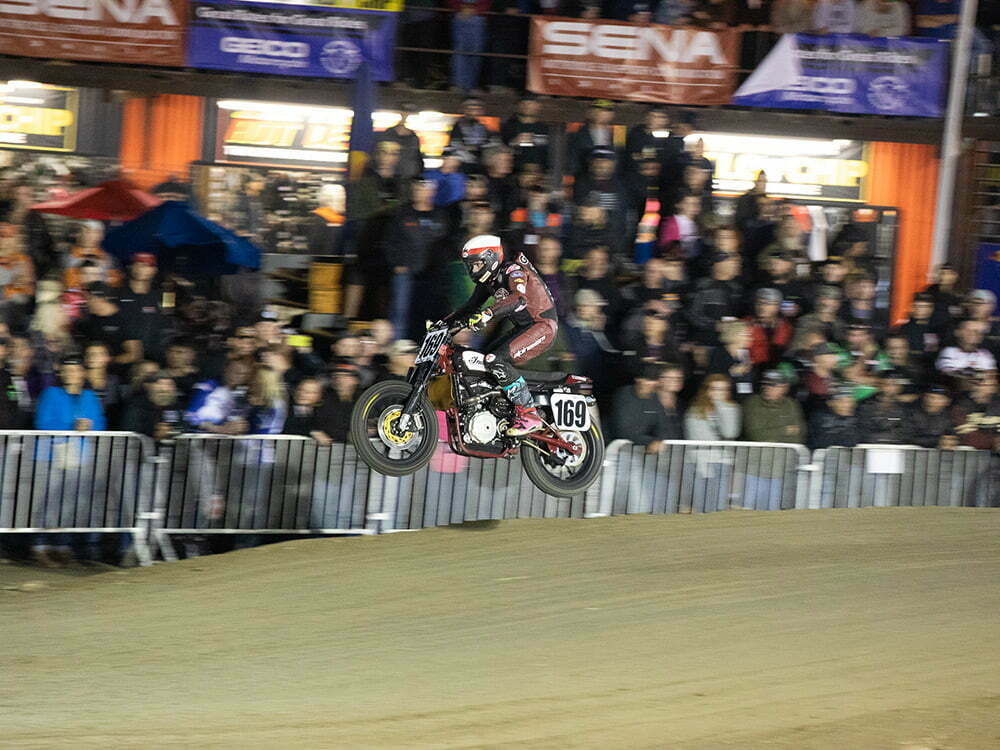 The Man In The Van With A Plan, Hayden Gillim 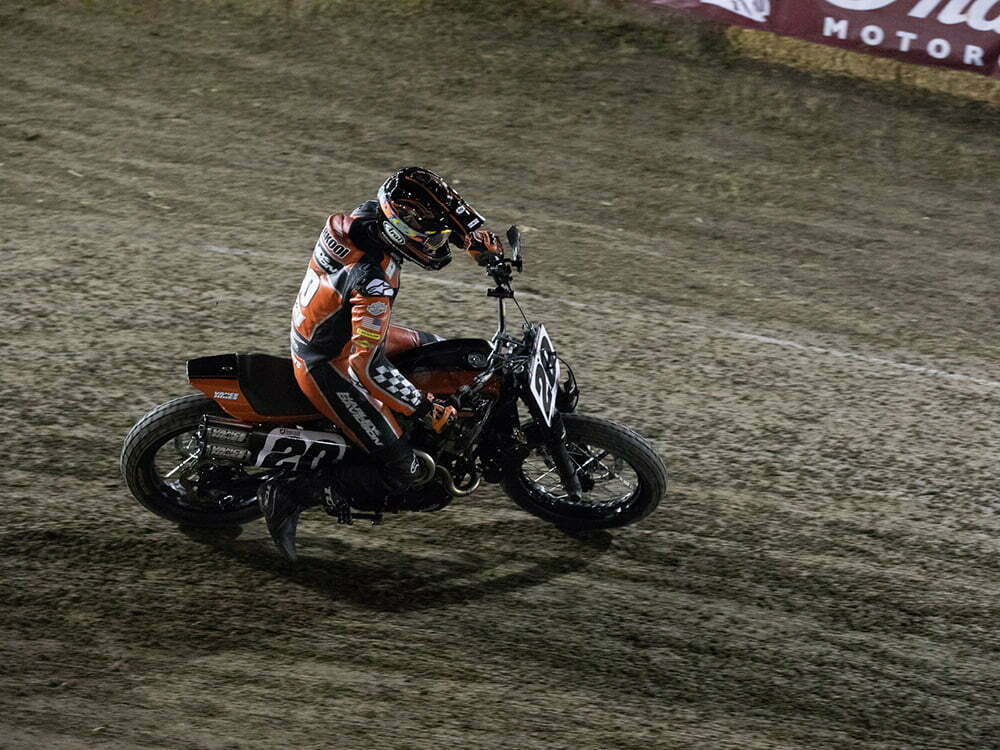 Vanderkooi back on the bike and back in the race