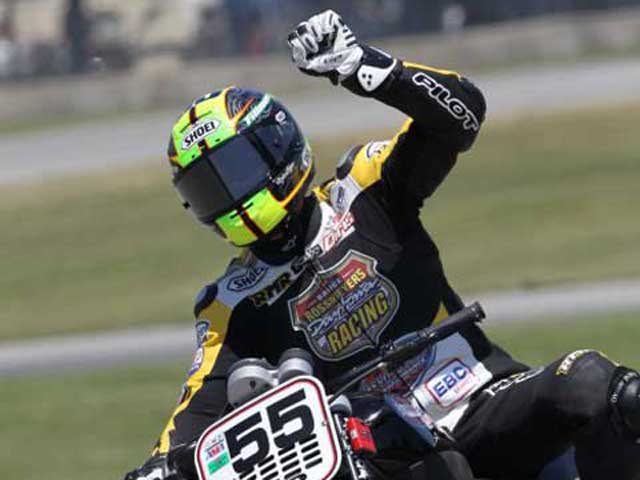 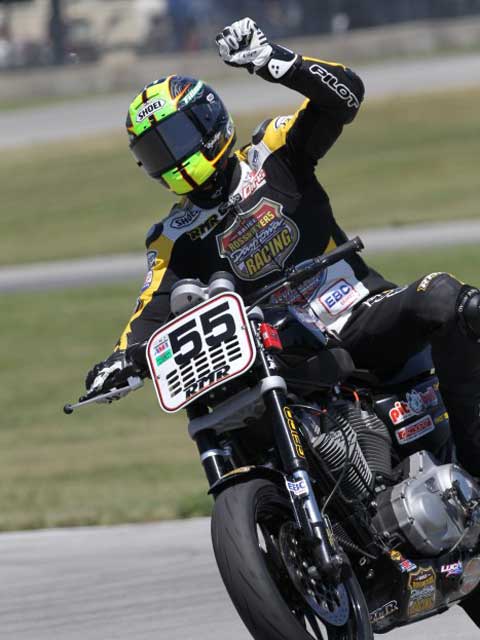 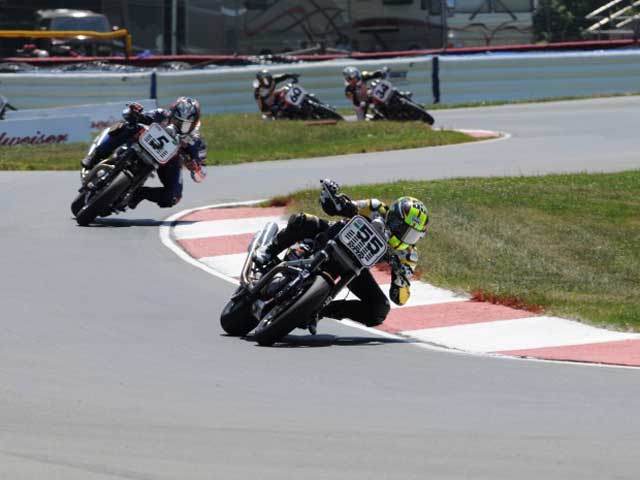 Fillmore lost the lead on a holeshot start by Steve Rapp, and battled with the Parts Unlimited rider for most of the first lap, but after passing Rapp on the second lap of the 11-lap race, he checked out to a substantial gap by the midpoint of the race and eventually built a lead of more than six seconds at the checkered flag.

“I took a look back and didn’t see anyone there,” Fillmore said. “I expected [Rapp] to be there, so I took a couple more glances then put it on cruise control from there. I got a good launch, got through Turn 1 real well, and was kind of switching up my gearing through the race. I tried some different stuff, but pretty much had figured it out by the third lap.” While Fillmore cruised to victory and a 30-point lead in the series standings, the racing action was more tense for the second and third spots on the podium, as Rapp began to fade back and was caught first by Michael Beck (J&P; Cycles) and Kyle Wyman (Bruce Rossmeyer’s Daytona Racing) to eventually drop to fourth place.

“I got a decent start and was just watching Rapp, [Michael] Barnes, and Fillmore out front,” Beck said. “I kept my head down, got by Barney, and saw Rapp in the distance. I caught Steve and was holding on to him, and I noticed his tires were going off dramatically. I felt like my bike was rolling, and all three of us had a pretty big battle; it was really great. Then both of them made a mistake in the Keyhole, and I was able to take advantage of it and ended up second today.”

“I made a move on [Beck] going into Turn 1–it was a tight, close one, but I got through,” Wyman said. “Then going into the Keyhole, Steve made a mistake right in front of me and I had to check up, and both guys got back past me. I just pushed as hard as I could through the second segment, which is the hardest place to pass. I knew if there was going to be a chance it would have to be coming up in Thunder Valley. I didn’t have the greatest drive, but I tried to get a run out into the inside of the Carousel, but I got out of shape and had to check up again. Then Steve made another mistake and I was able to get a run around the outside of the last corner [and get by him] by maybe six inches or so.”