The grass is greenest for Johnny’s Dyna 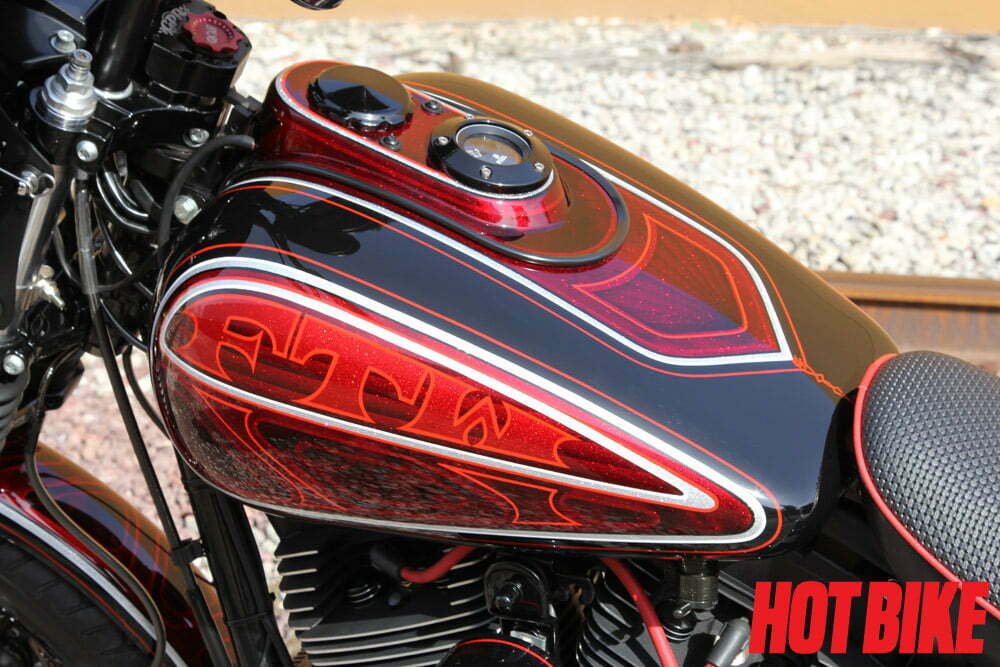 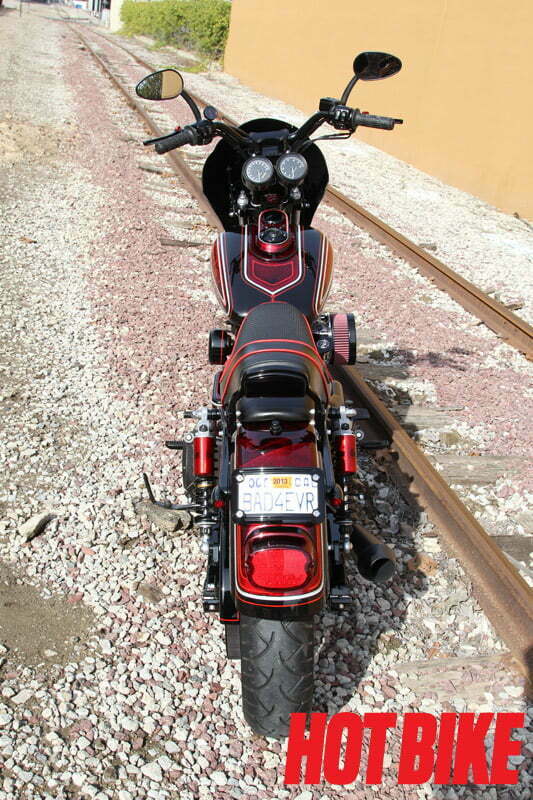 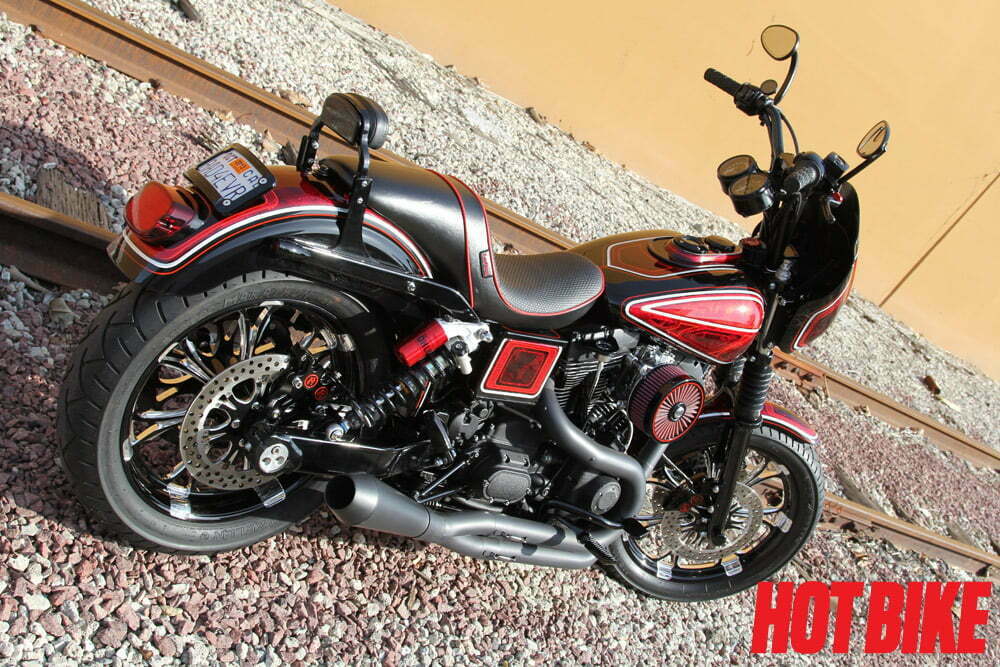 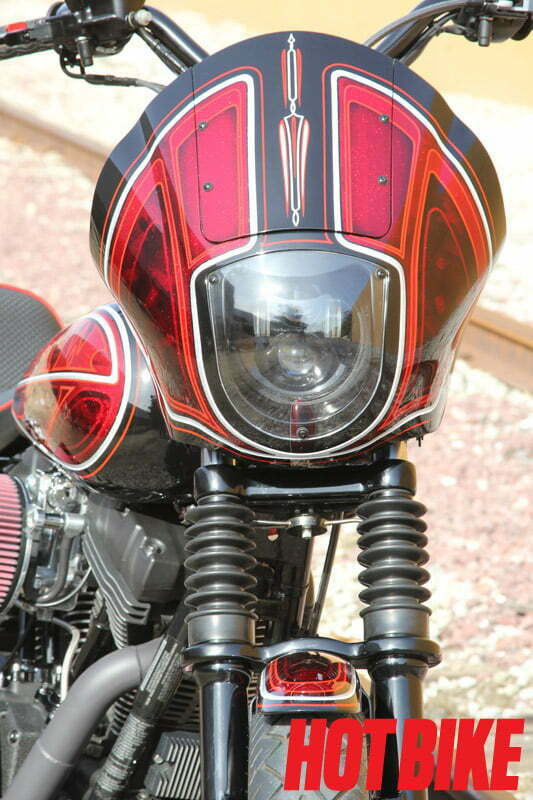 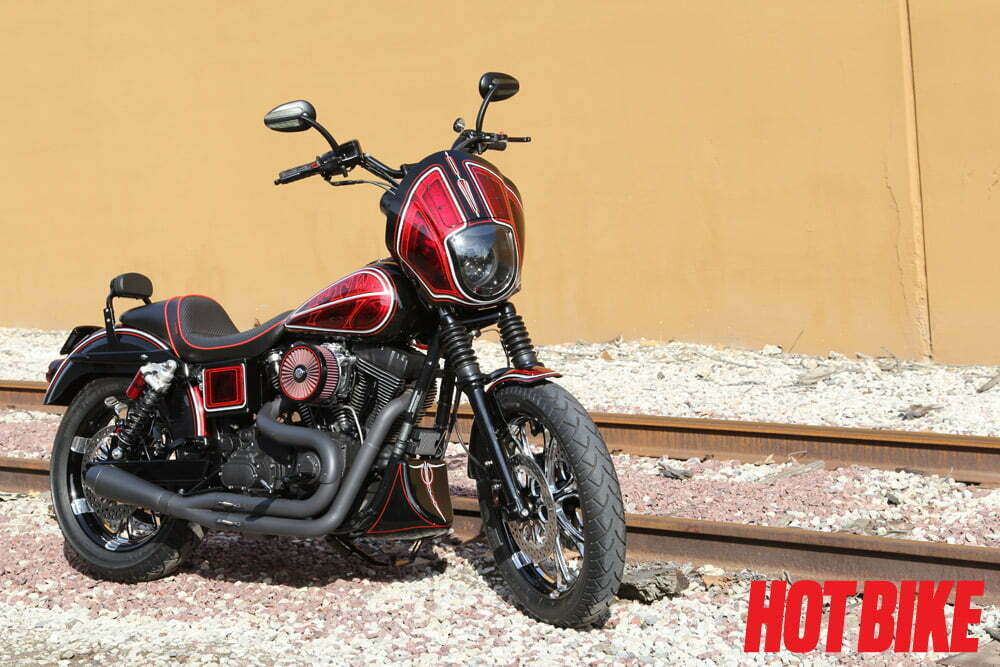 What once was considered the bike of choice for outlaw clubs has grown beyond that thanks to the rising popularity of Dynas. At certain gathering and events, it gets hard to distinguish which tattooed dude is riding which black Dyna. Tall Ts, fairings, and barbecue paint can almost get you the look to the undiscerning eye. But who wants to blend, even if blending means black?

Johnny Klein wanted to build a club-style Dyna, but also didn’t want to follow the trends. He wanted to set the bar when it came to his Dyna. He explains what was going on behind his master plan: “I found my bike on Craigslist in Oregon. I bought a plane ticket that hour, and two days later I road it home 1,100 miles to San Diego. My bike started as a stock 100th anniversary bike, which I thought was hideous! I was sick and tired of seeing all these club bikes popping up all looking the same: black, fairing of some sort, T-Bars, and a Thunder Header. Just like that you have yourself a club bike. Now all you have to do is post your stupid pictures of your shitty near-stock-looking bike on Facebook and Instagram. I didn’t want my bike to be confused with Sons of Anarchy or any other bike for that matter.”

San Diego Customs has been cranking out some of the sickest Dynas in the past few years. The scrolls of burnt rubber outside their shop doors attest to their commitment to the lifestyle and not just the look. “I had a vision that I wanted to see come to fruition, and I knew my close personal friend Chip at San Diego Customs could not only hit a home run, but also add a little of his vision to mine to come up with one badass bike. I wanted to design and build one of the sickest Dynas in the world that was fast, handled well, with all top of the line components, paint, and customizations. I wanted the best of both performance and appearance worlds. No cookie-cutter bullshit here. I wasn’t shooting for the fastest Dyna. I was shooting for one of the best all-around Dynas considering looks, all-around performance, and dependability being my three main focal points.”