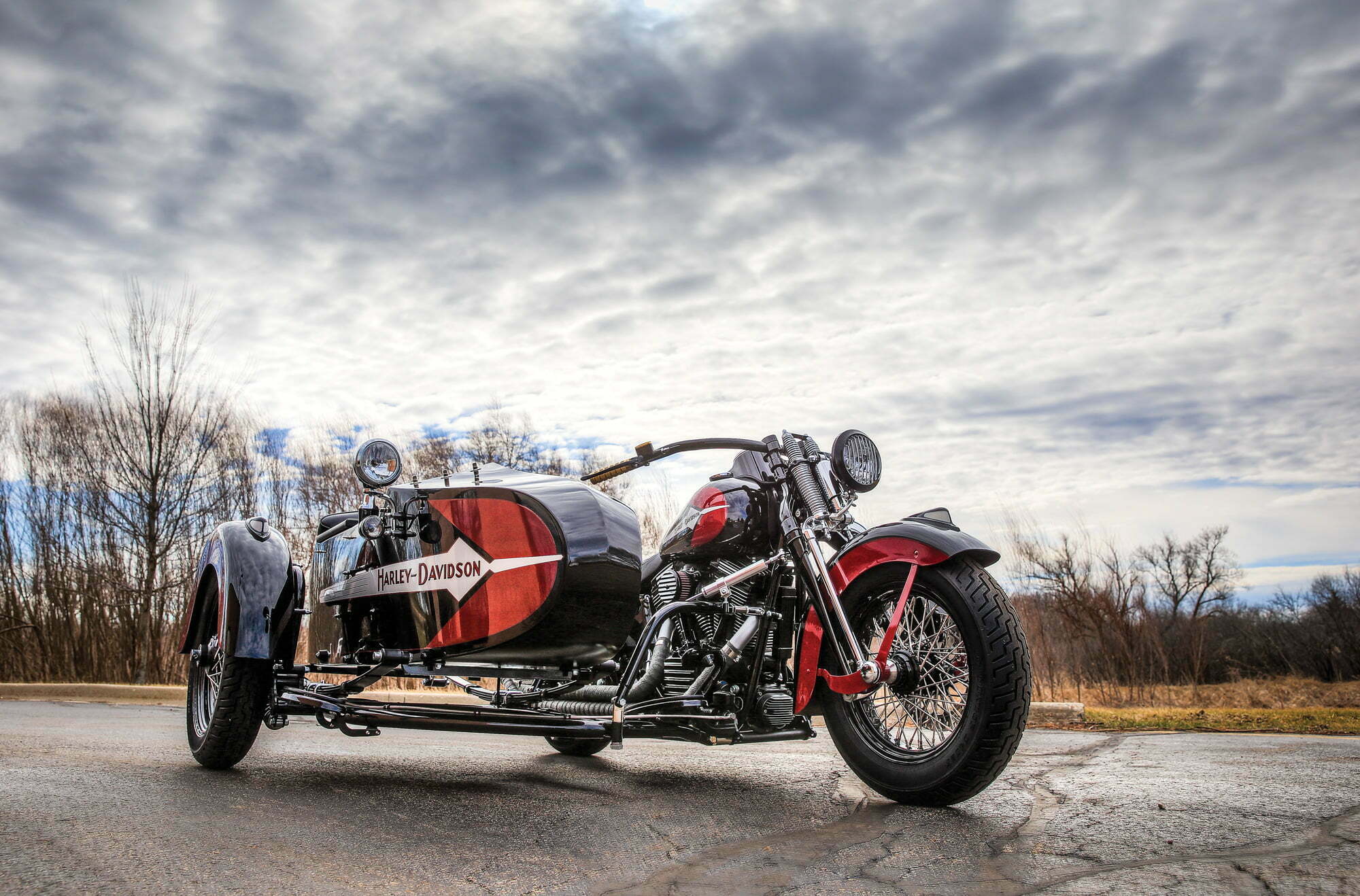 Allowing someone free reign can be a scary thing. To walk into a shop, open up the checkbook, and walk away puts an extreme amount of faith into a group of individuals that the end result will be something you can be happy with. Bike owner Fermin Adames exhibited that kind of blind faith with the build of this 2003 Harley-Davidson Softail. Fermin walked in with the only instructions of “surprise me” and turned around and walked back out. Well, maybe that’s exaggerating a little. 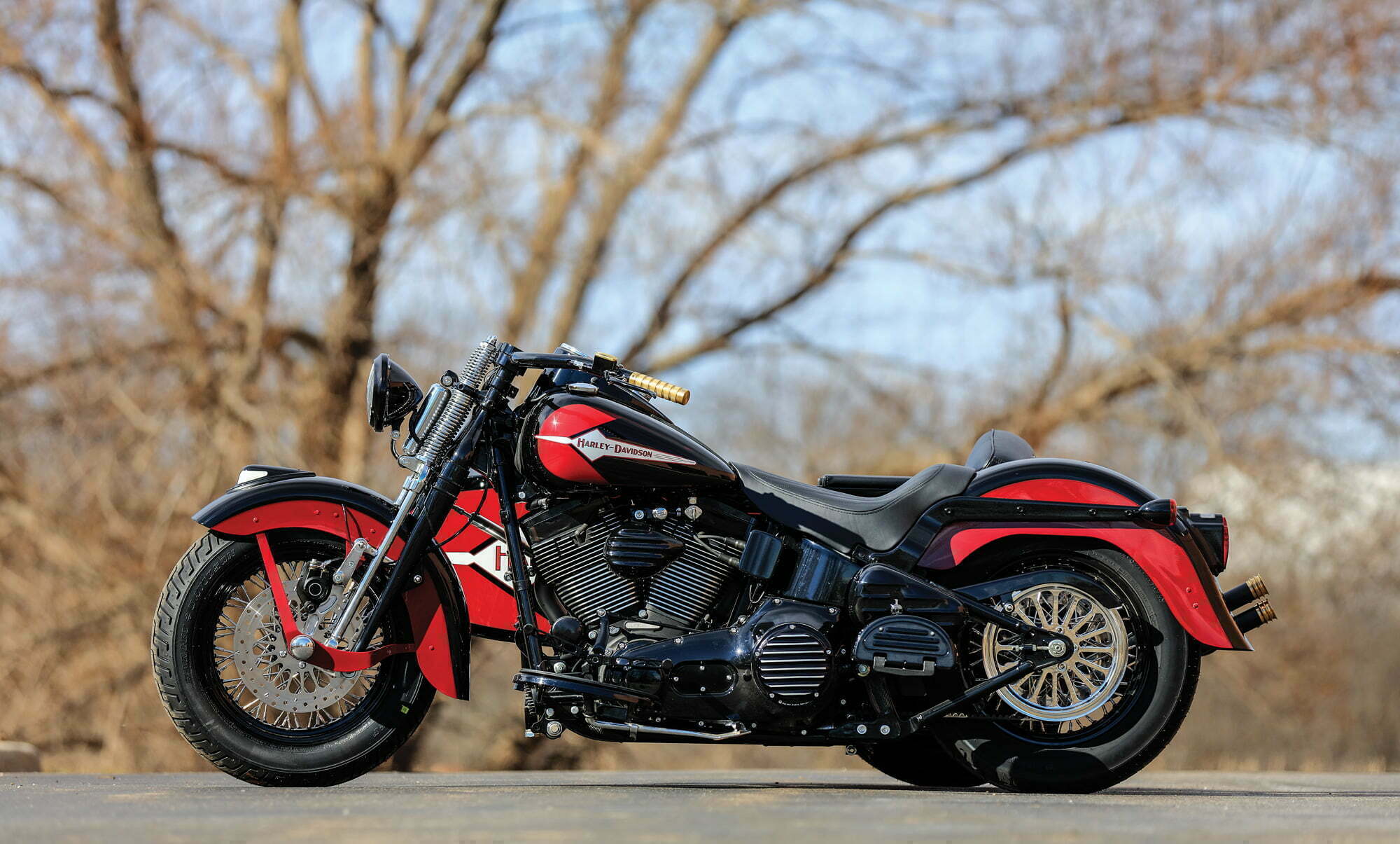 Dave Dupor of DD Custom Cycle explains how this Springer Softail sidecar build came to be: “We built the bike for a great customer who bought the anniversary 2003 black-and-silver Softail and wanted something different. He bought it from a lady online who was selling it with less than 3,000 miles. It was in great condition and was a good platform to start with. My only instructions were to surprise him.” 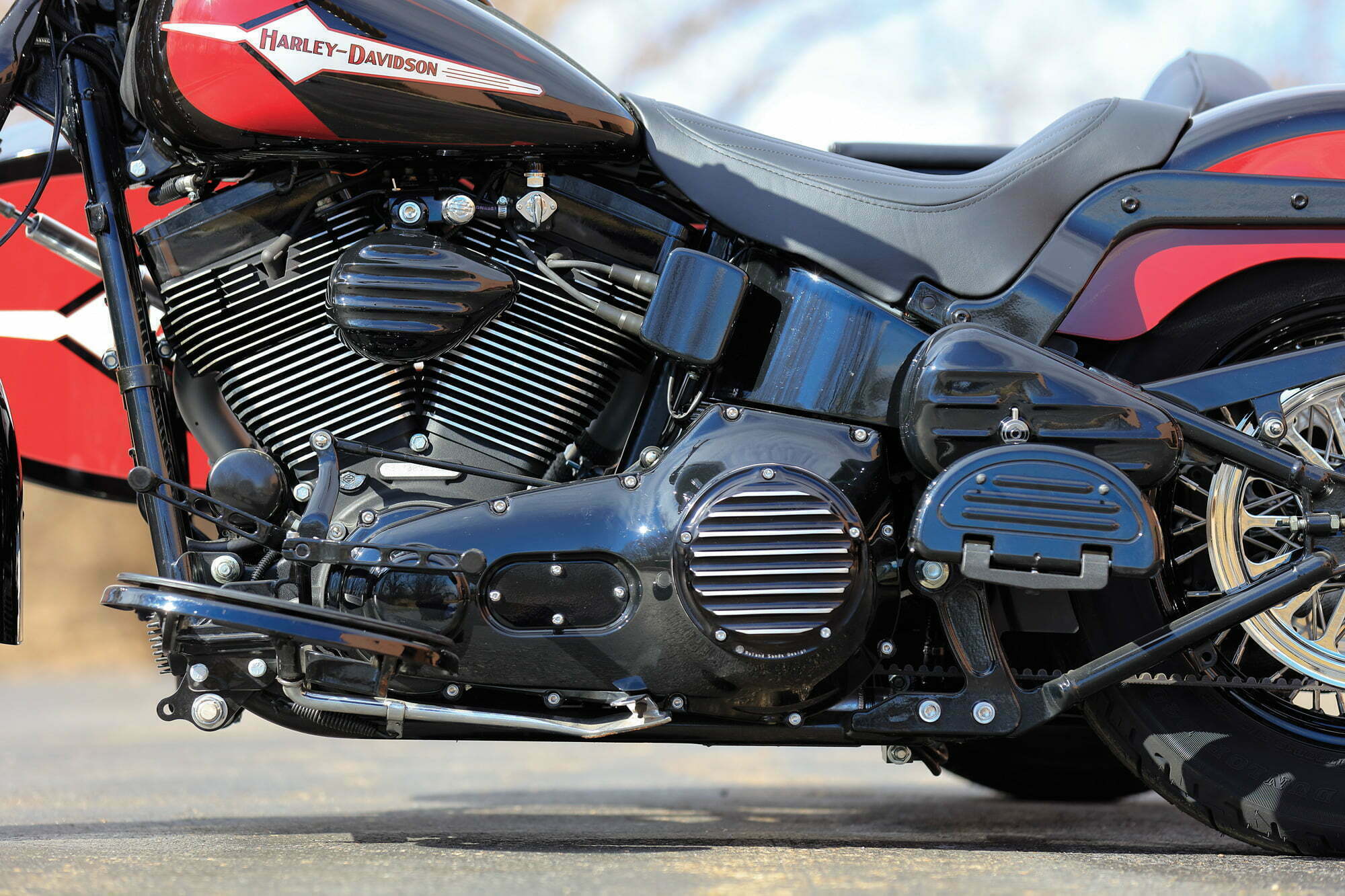 The goal was to make something that looked old yet upgrade it with all new componentry. So with the bike in stock form, Double D got to work on the bike. The stock motor was upgraded to 98 cubic inches of Revolution Performance breathing out a custom DD exhaust. The stock Springer front end was raked to mate with the Liberty sidecar. DNA 40-spoked wheels and rotors were also added to keep with the classic vibe. From there the detail work took over with internal throttle, hydraulics, contrast-cut covers, custom lighting, and more. 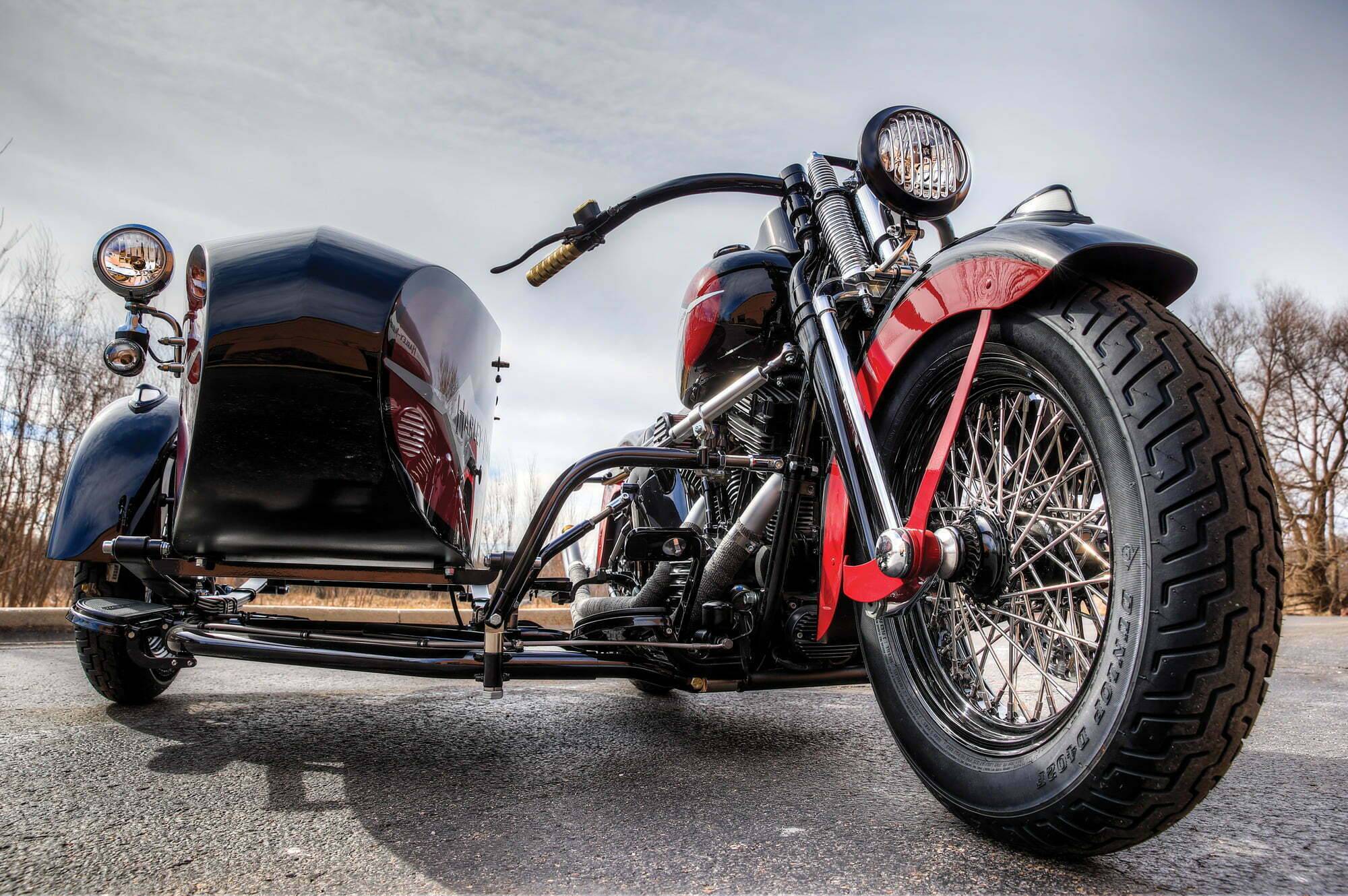 With the last twist of the last bolt, this classic modern sidecar Softail was done—looking like something born of yesterday with today’s touches. With a leap of faith from the owner, Fermin landed firmly on both feet. 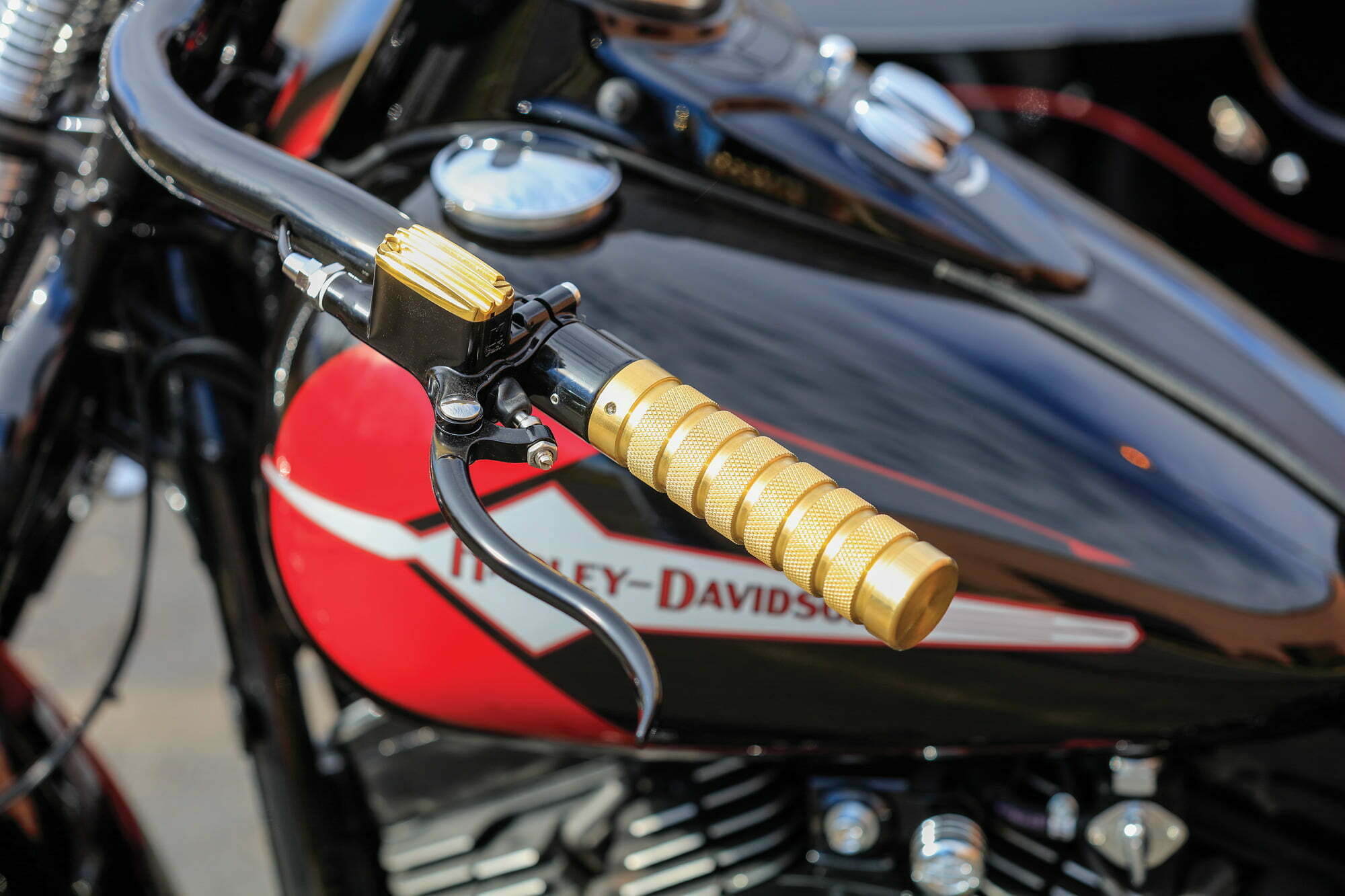 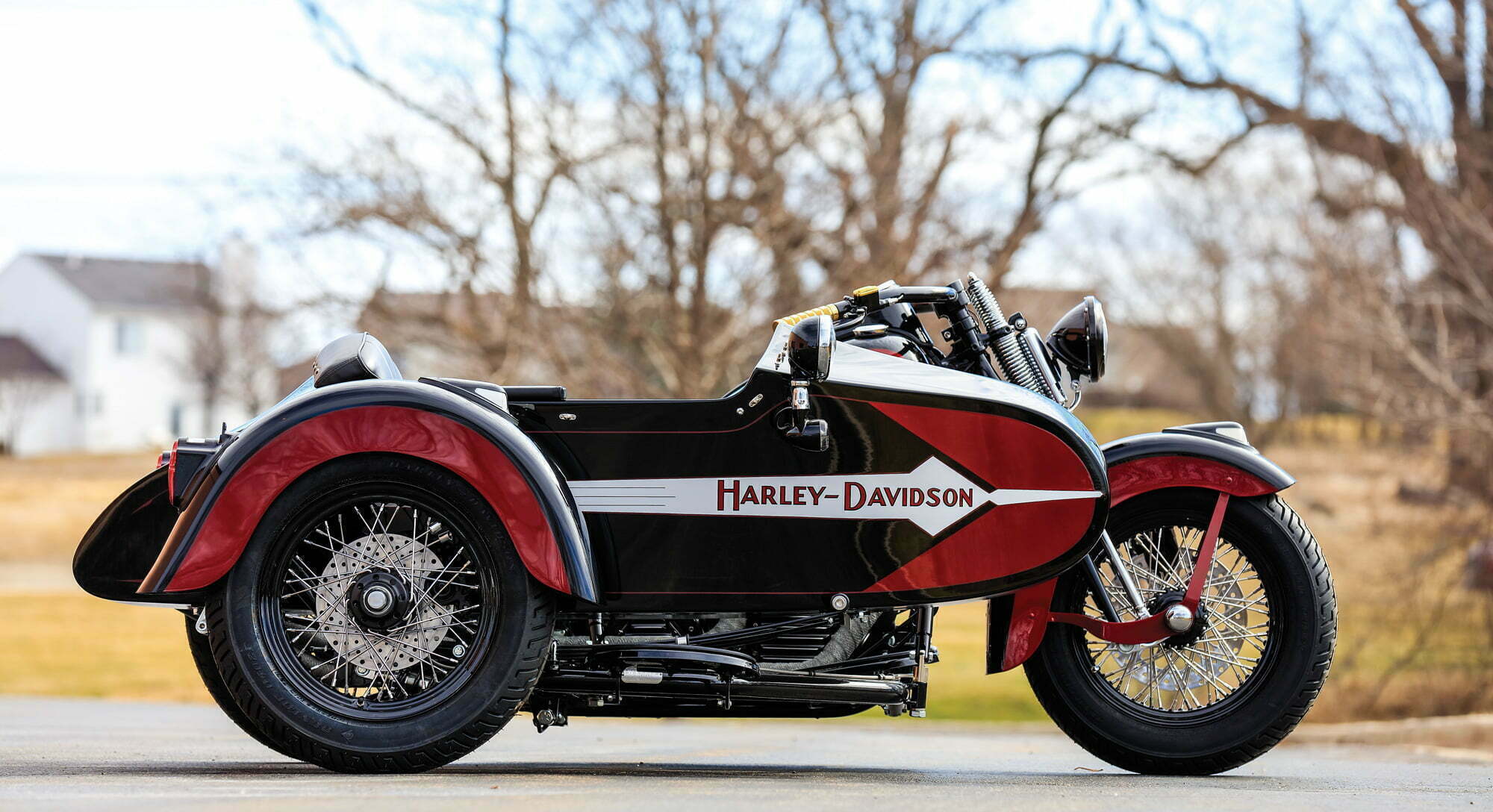 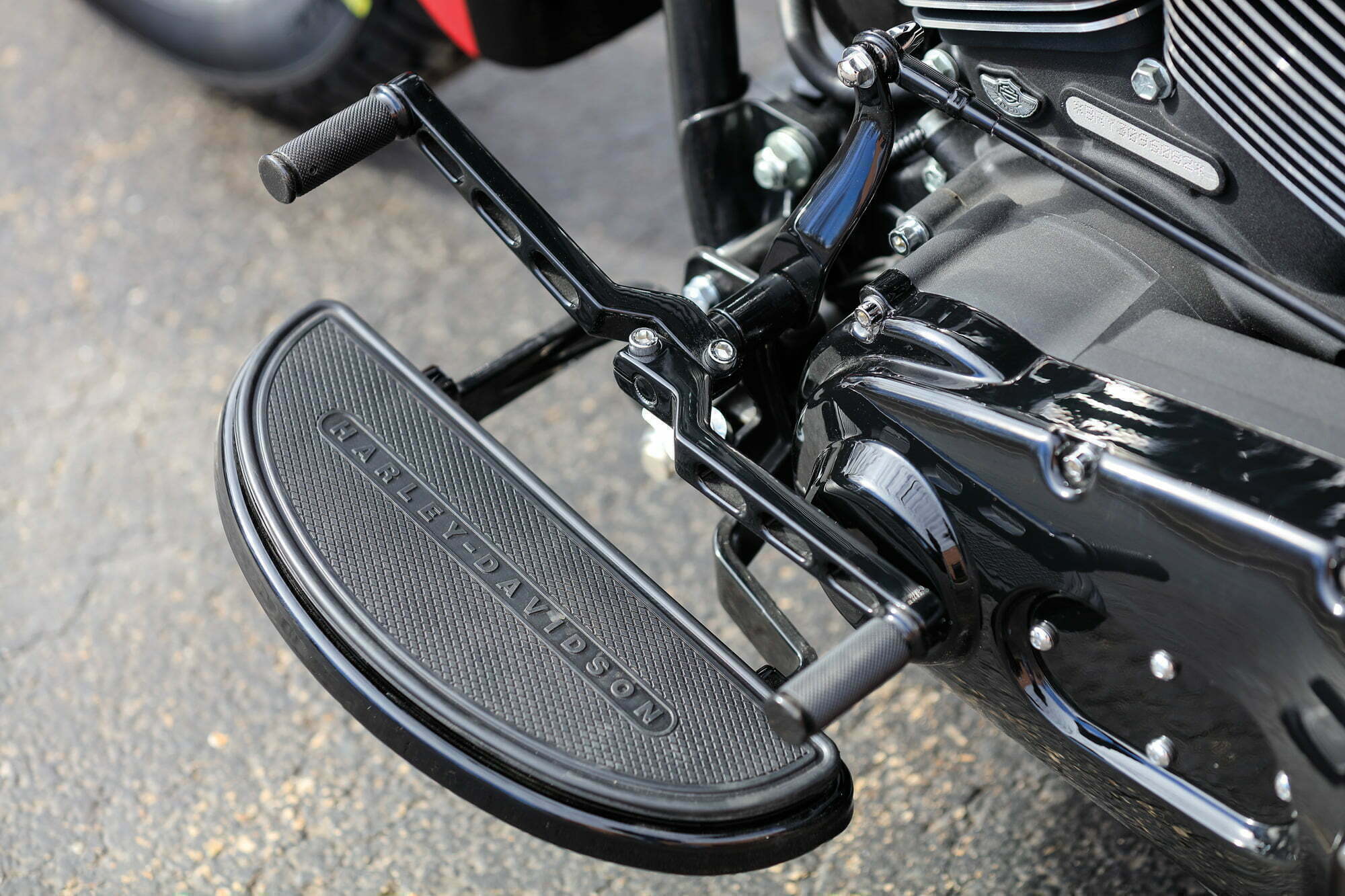 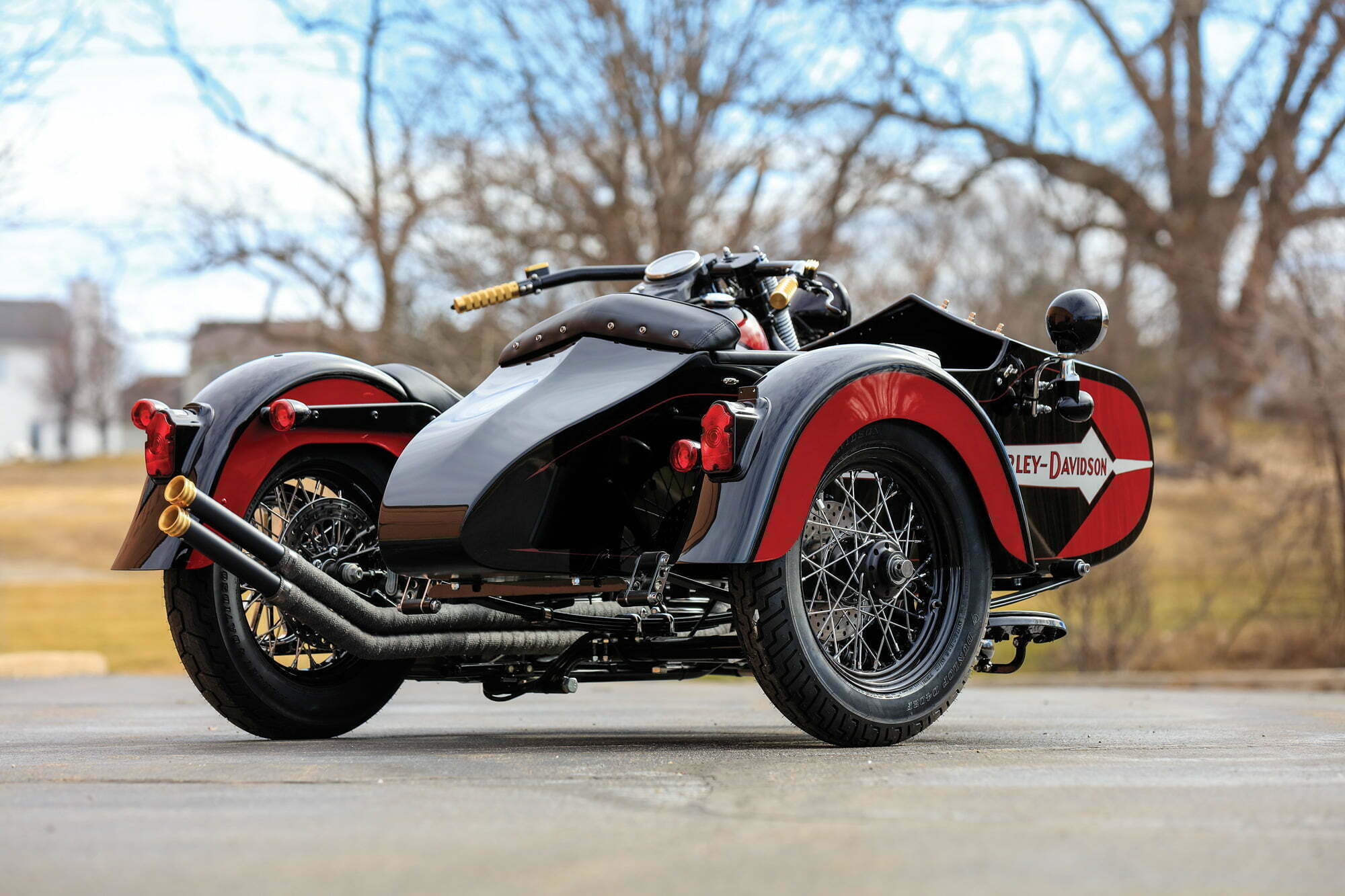 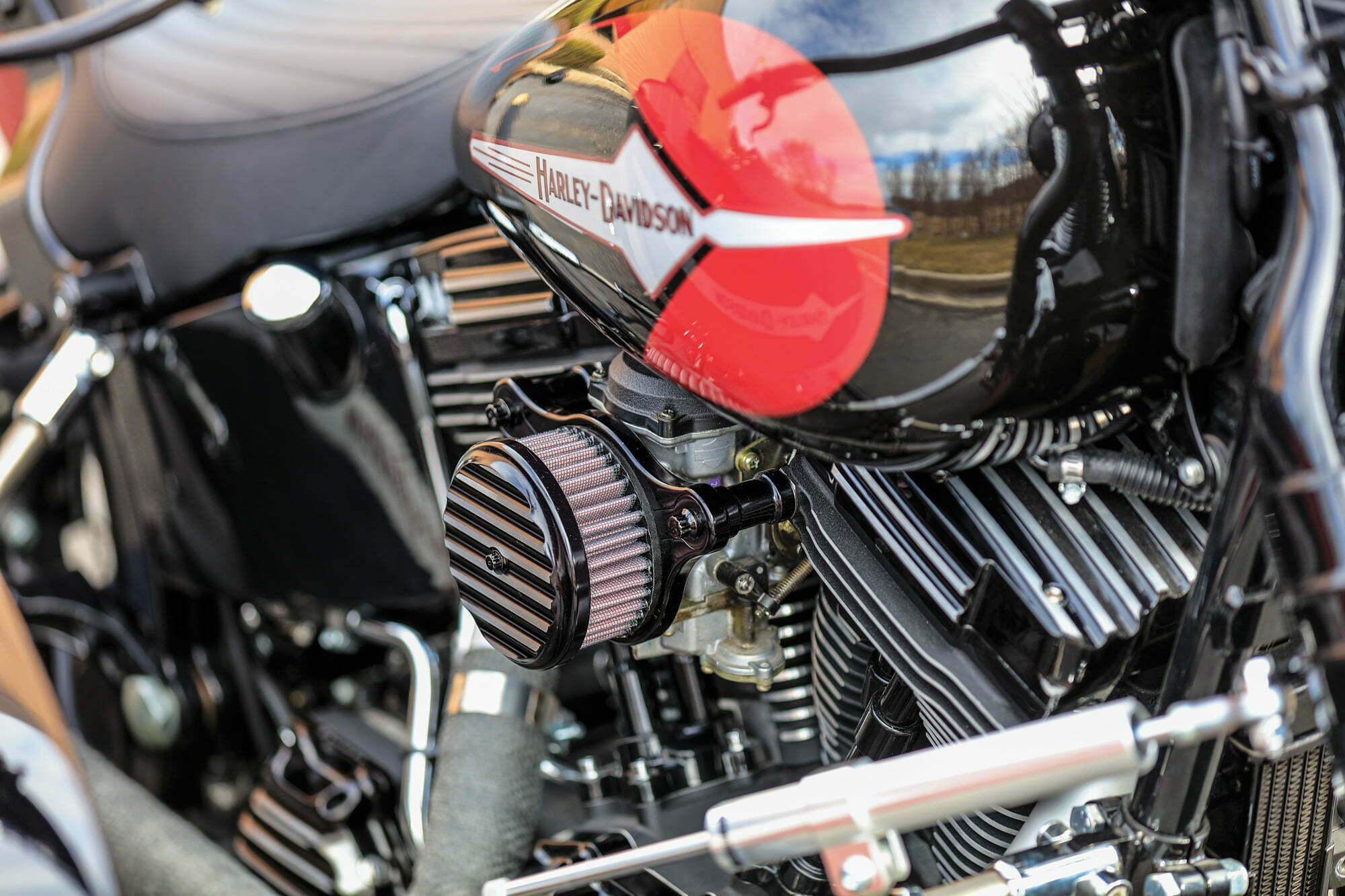 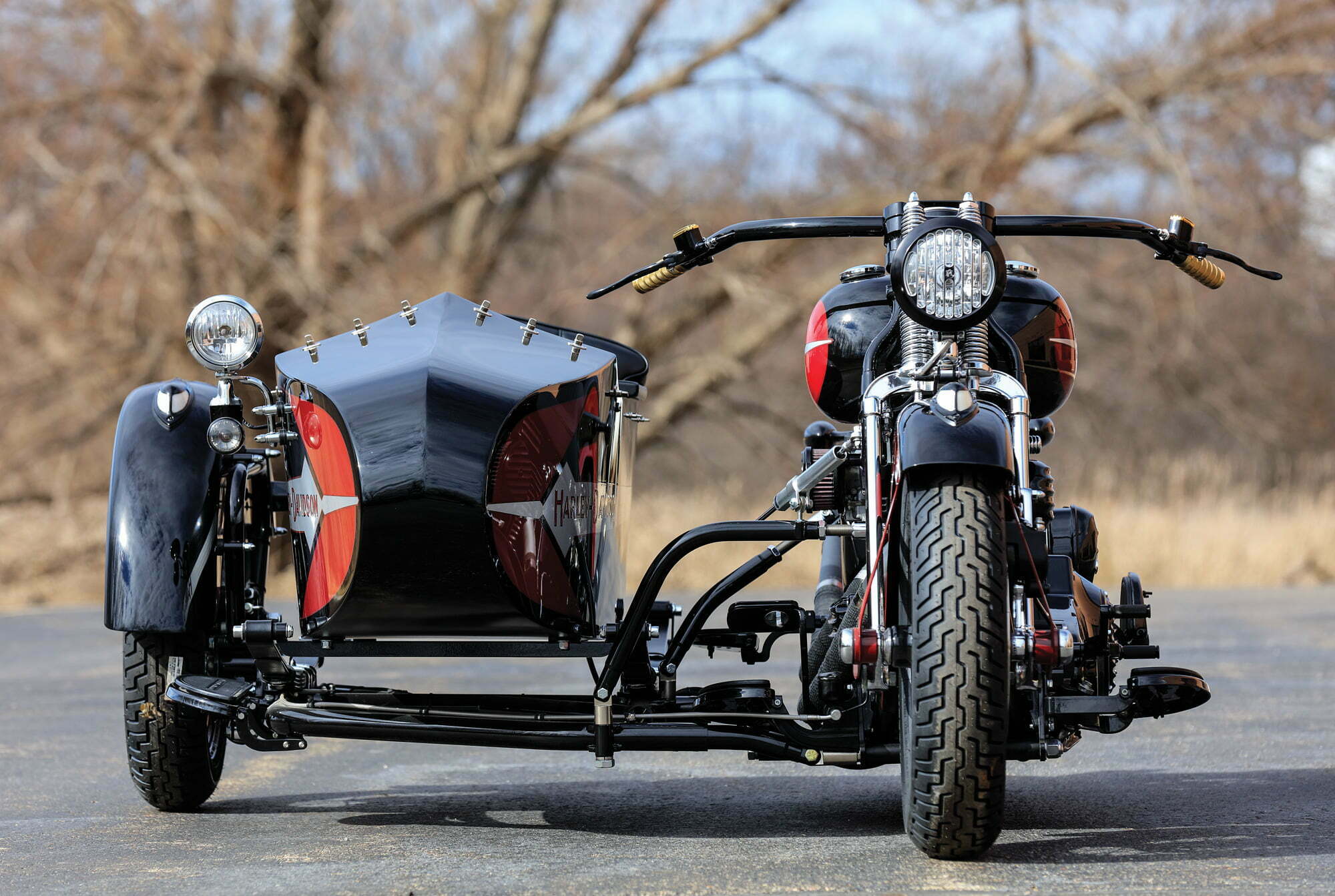 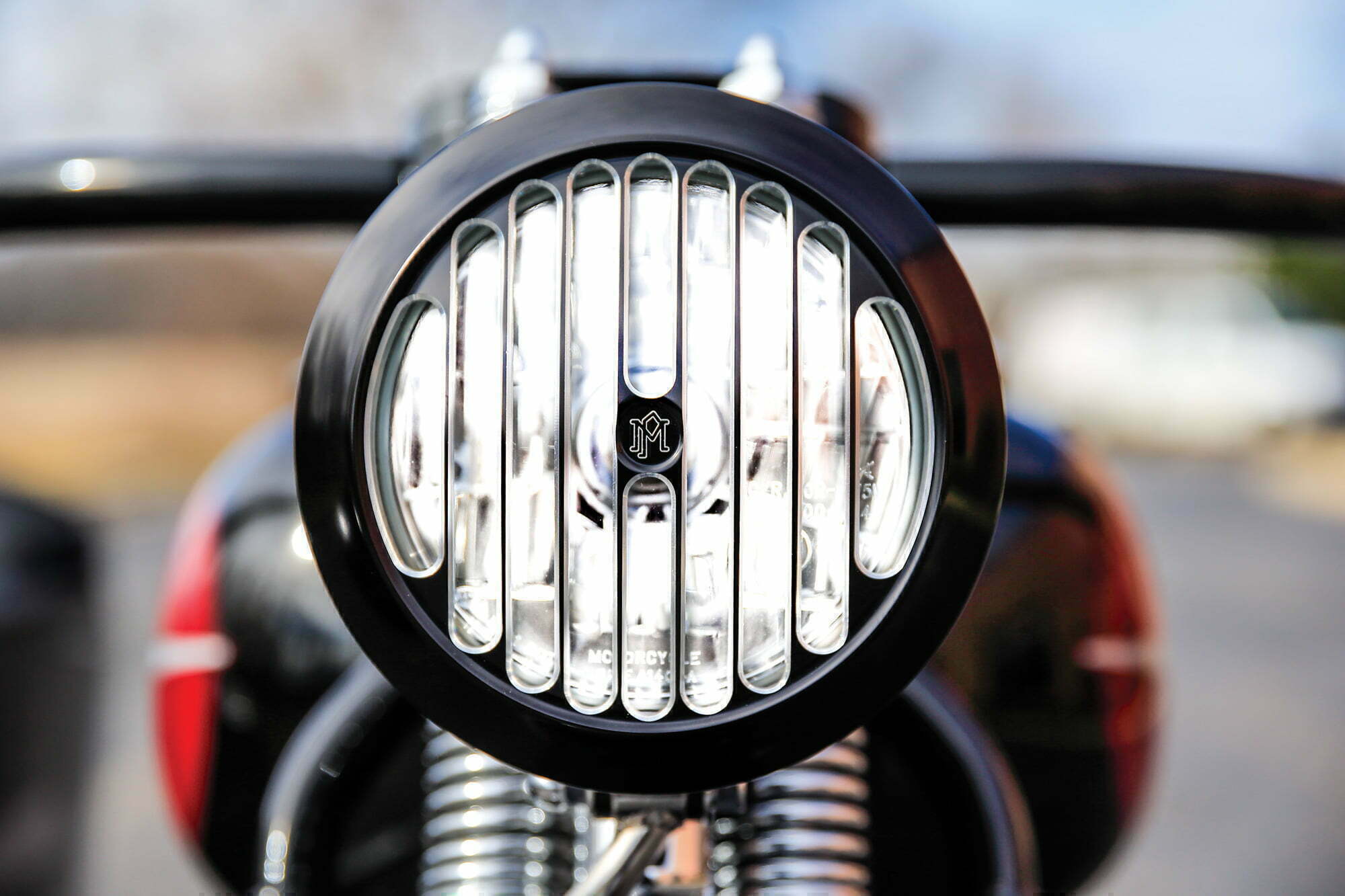 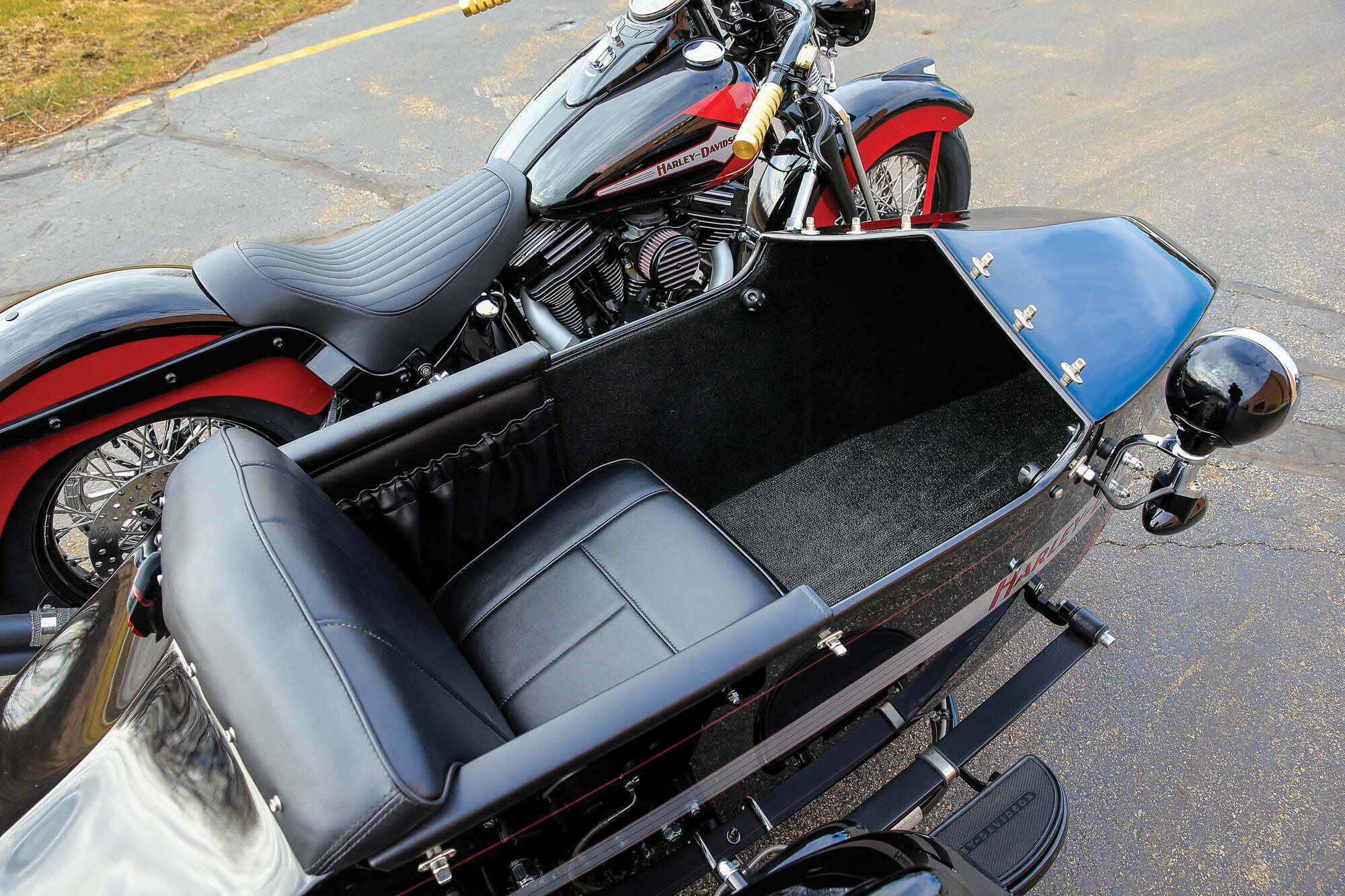 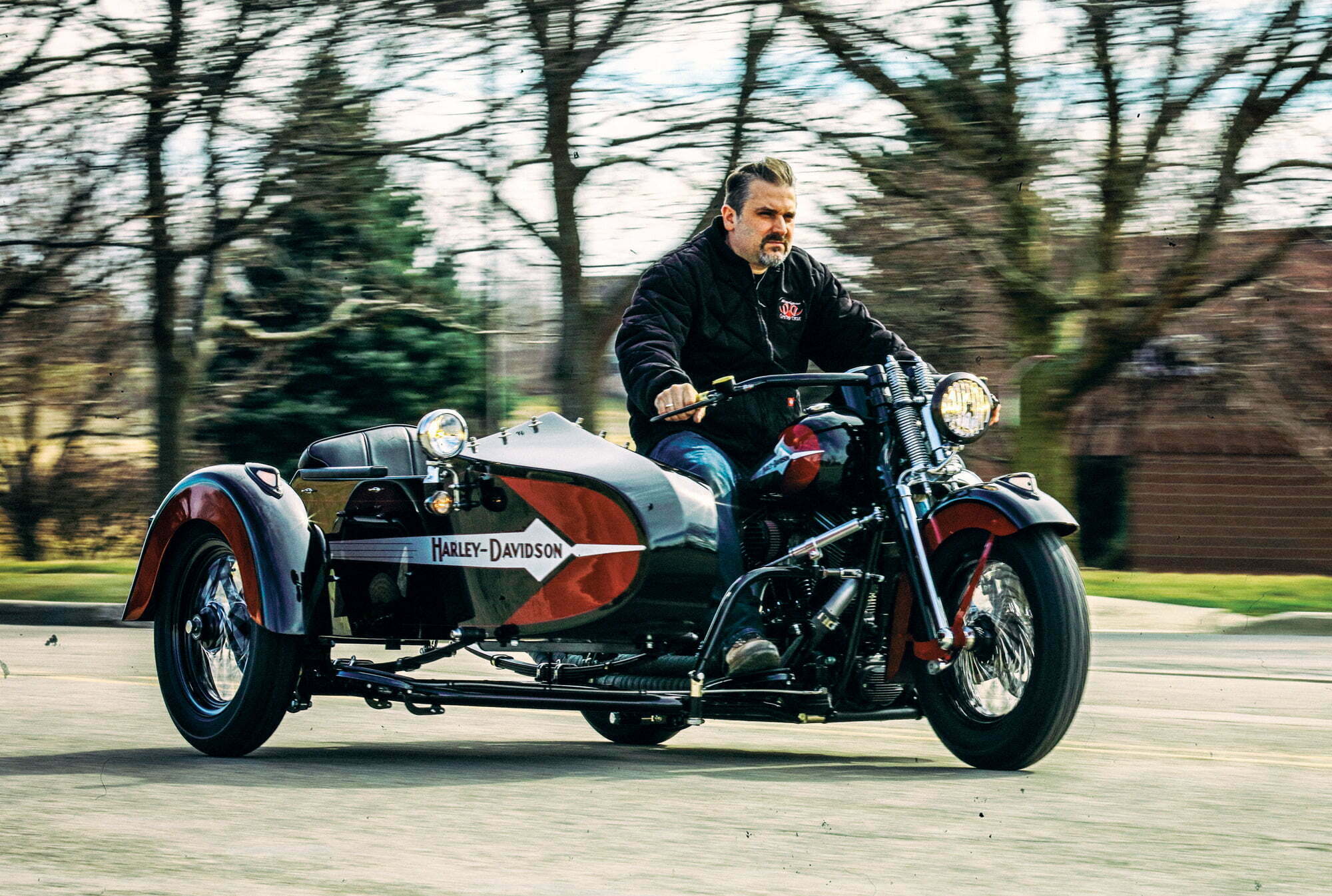