Checking In With Bennett’s Performance

When it comes to V-twin engines, Eric Bennett is the secret weapon in the back pocket of many well-known builders. Painters, fabricators, and assemblers at the top of their field might lack the technical chops to assemble an engine that meets the caliber of the rest of their work, so they hit up the expert to get the best, and that’s just what Eric and shop foreman Gabe Vidrio deliver.

“We’re sort of the last stop for a lot of guys. After attempting to do things on their own or taking it to other shops and having issues, they seem to end up here. Ya know, we’re pretty good at problem-solving and giving people back something they can put out on the road and ride.” With a dynamometer in-house, Bennett’s can repair, hop up, race prep, or basically whatever else you need, and while it specializes in engine work, it is more than capable of full builds as well. So other than normal customer stuff, repairs, and tune-ups, what has the shop been up to? 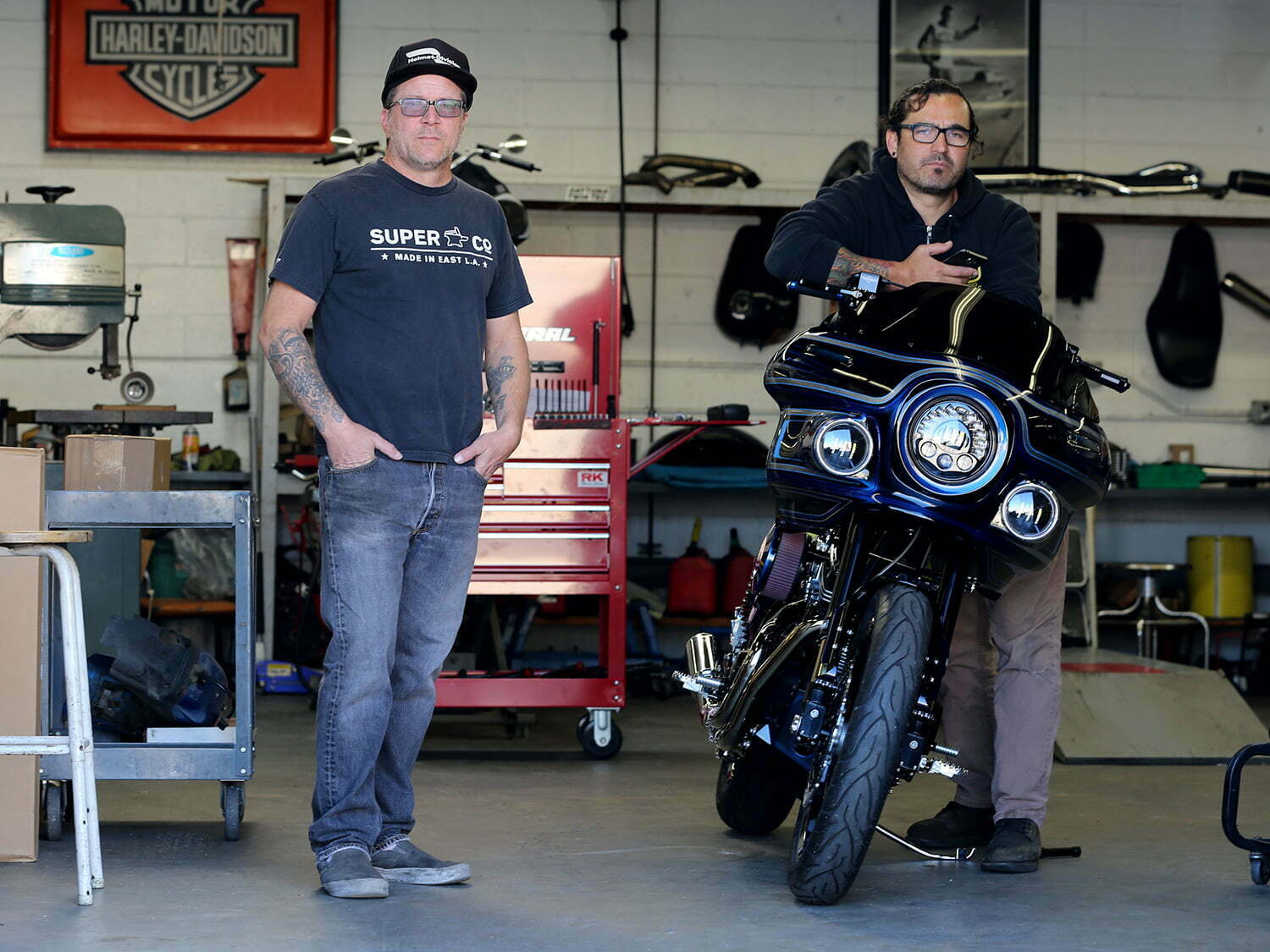 Eric Bennett and Gabe with their recently finished FXR

“Well, I have been finishing up my Jammer project, which I just ran over to Huntington Beach Harley for a Born-Free party this weekend. That bike took first place for the Modified Harley class at International Motorcycle Show here in Long Beach (California), but the show I really wanted was the David Mann show this last weekend, and we took first place in that—best in show. So I am so honored and humbled to be able to do that,” Eric said, referencing the Jammer liquid-cooled Shovelhead he recently debuted. “That was pretty much the big project for the summer of ’18, just doin’ that. Then Gabe has been doing a phenomenal job on this FXR. It has taken us about a year to do it. Luckily the customer has been super patient. We’re just a two-man shop, so it’s really hard to just work on one motorcycle full-time. The customer has been great with allowing us to do this one in between jobs.”

A customer’s Dyna outside the shop

The boys have a Sportster project in the shop right now that’s stripped down to the frame, soon to get the full treatment with sort of a supermoto-inspired theme. Having been in that same shop since 2005, they have earned the trust and loyalty of customers who will now give them free rein and an open checkbook for builds, like this Sporty. “It’s pretty rare to find someone who says ‘I’m gonna stay out of it, you do what you think is right,’ which doesn’t mean we’re going to go overboard and spend a million dollars on fancy parts, but it’ll be really tasteful and rideable when it’s finished.” 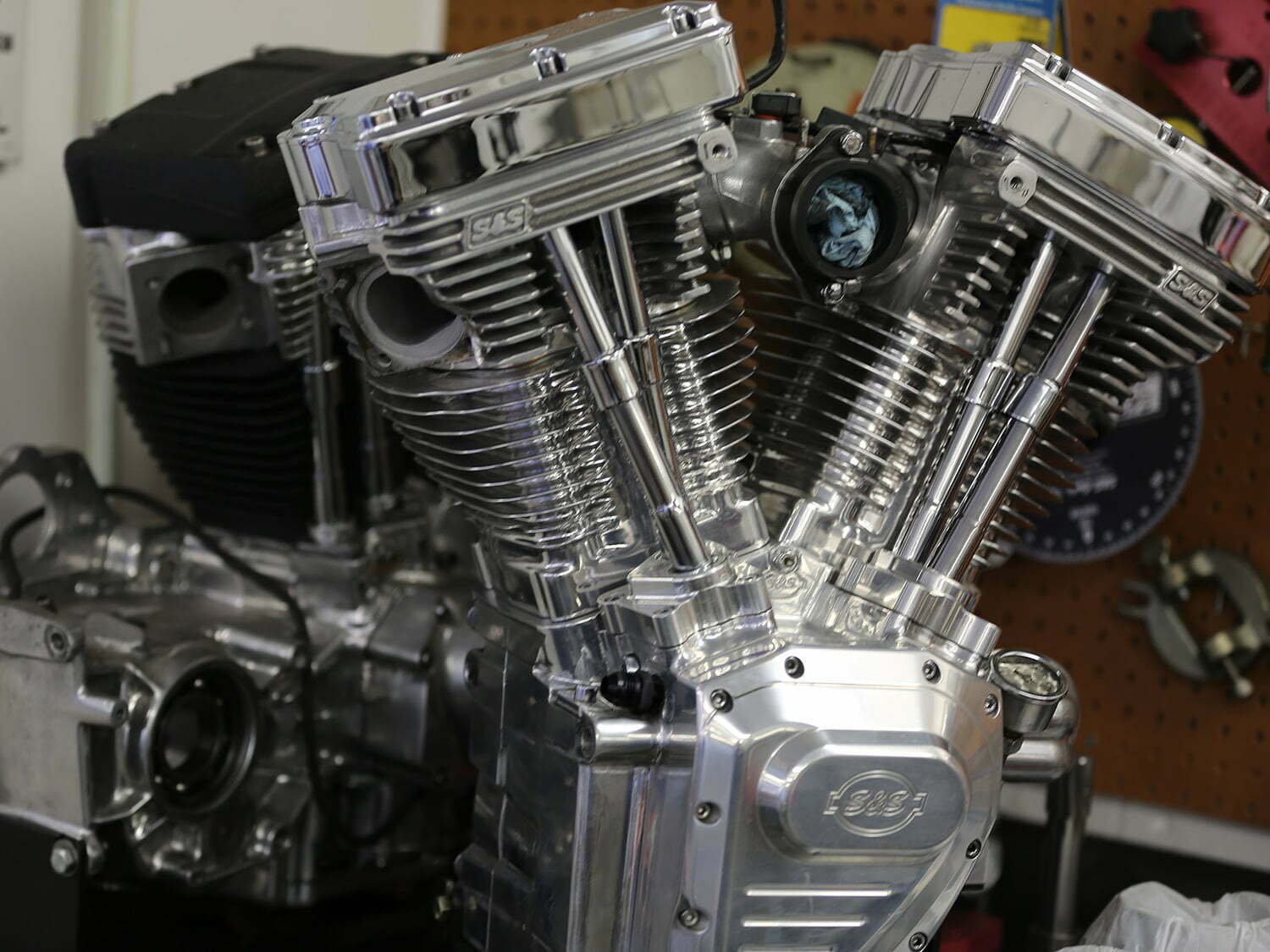 A couple of Evo engines on the table

Other than customer bikes and builds, Bennett’s has been manufacturing custom brake lines for V-twin motorcycles with stainless hardware that are available in three finishes. Stop by the shop to have the guys whip something up for you on the spot, or call in (562) 498-1819 for details and ordering info. 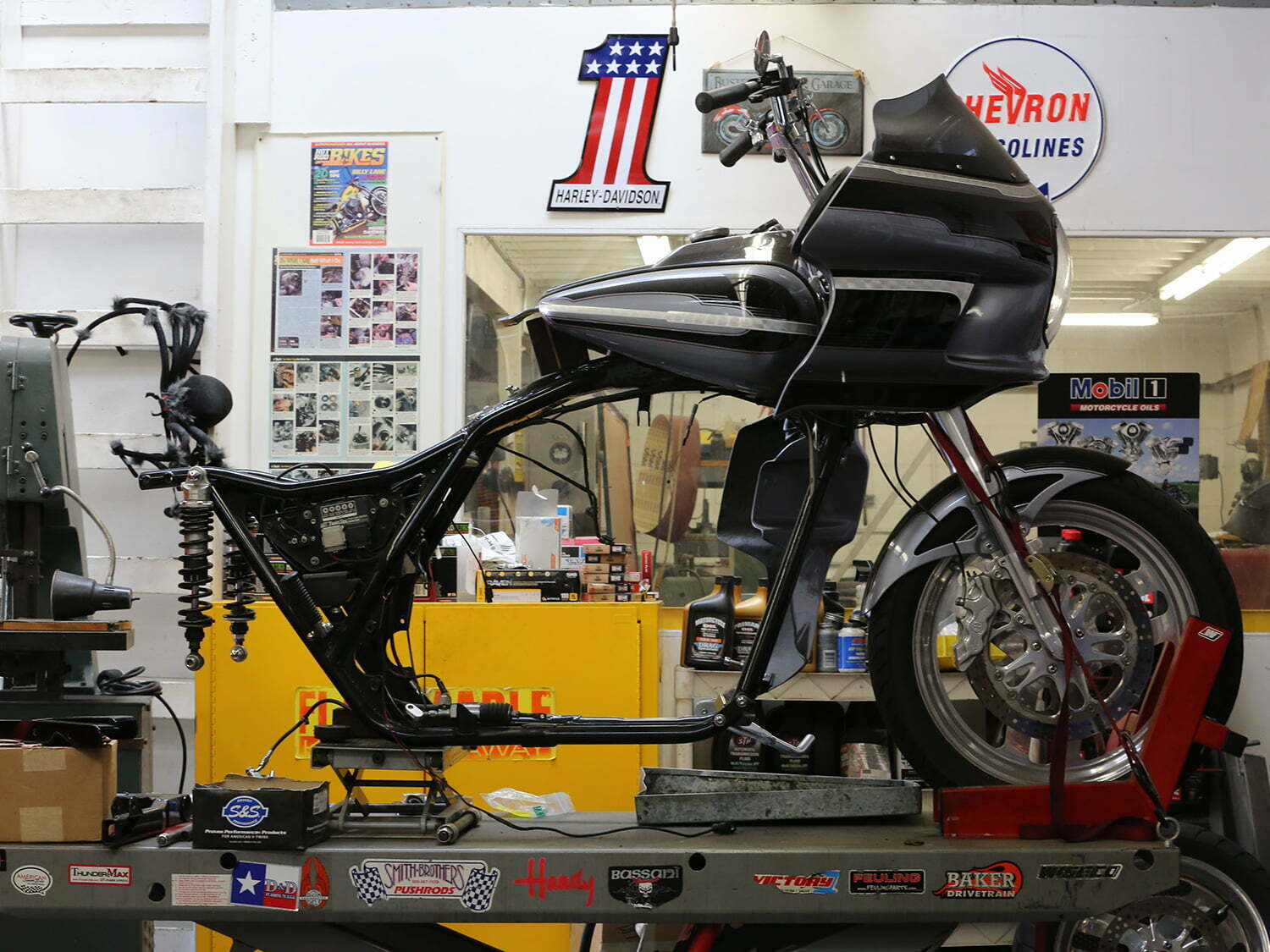 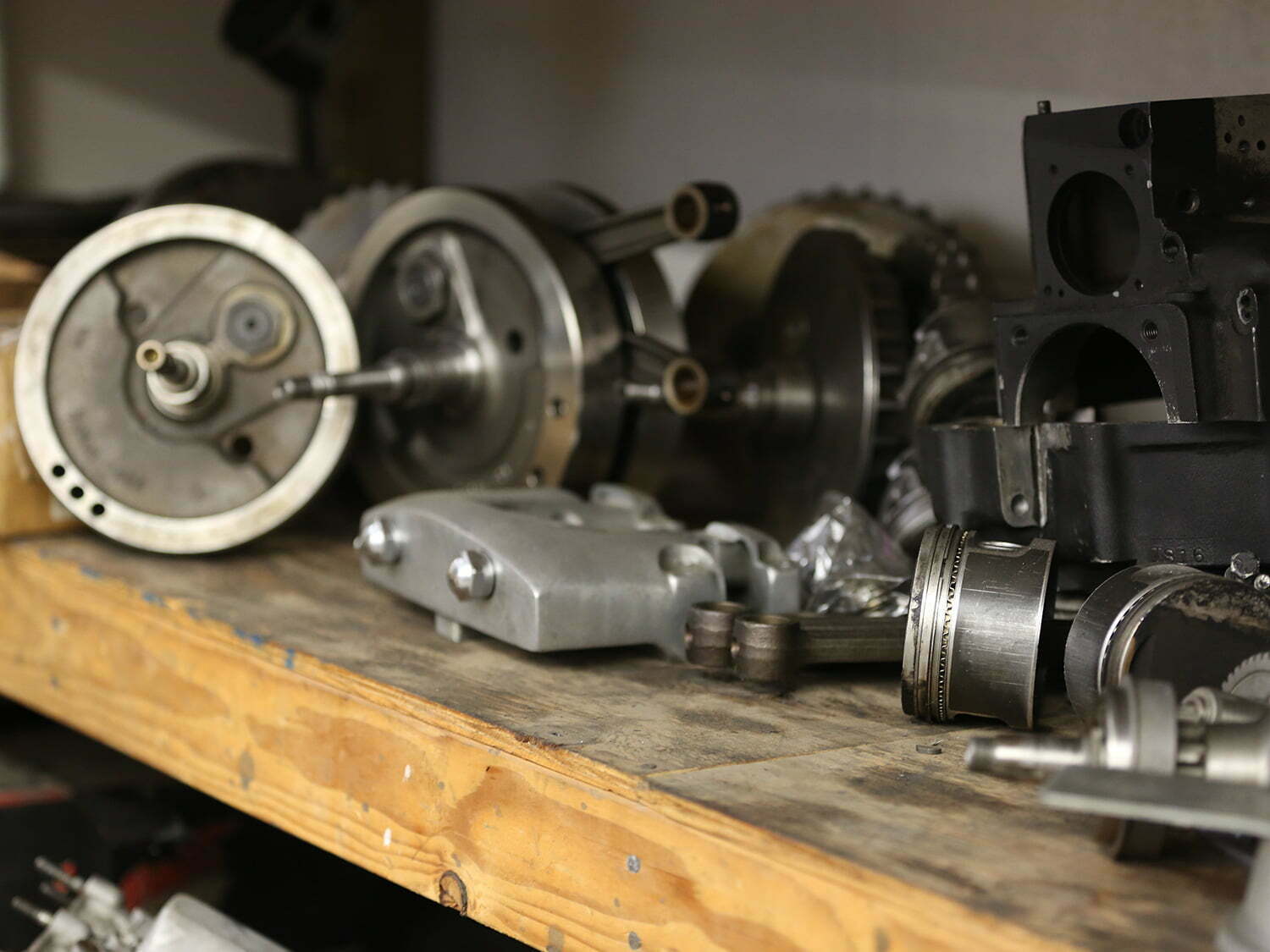 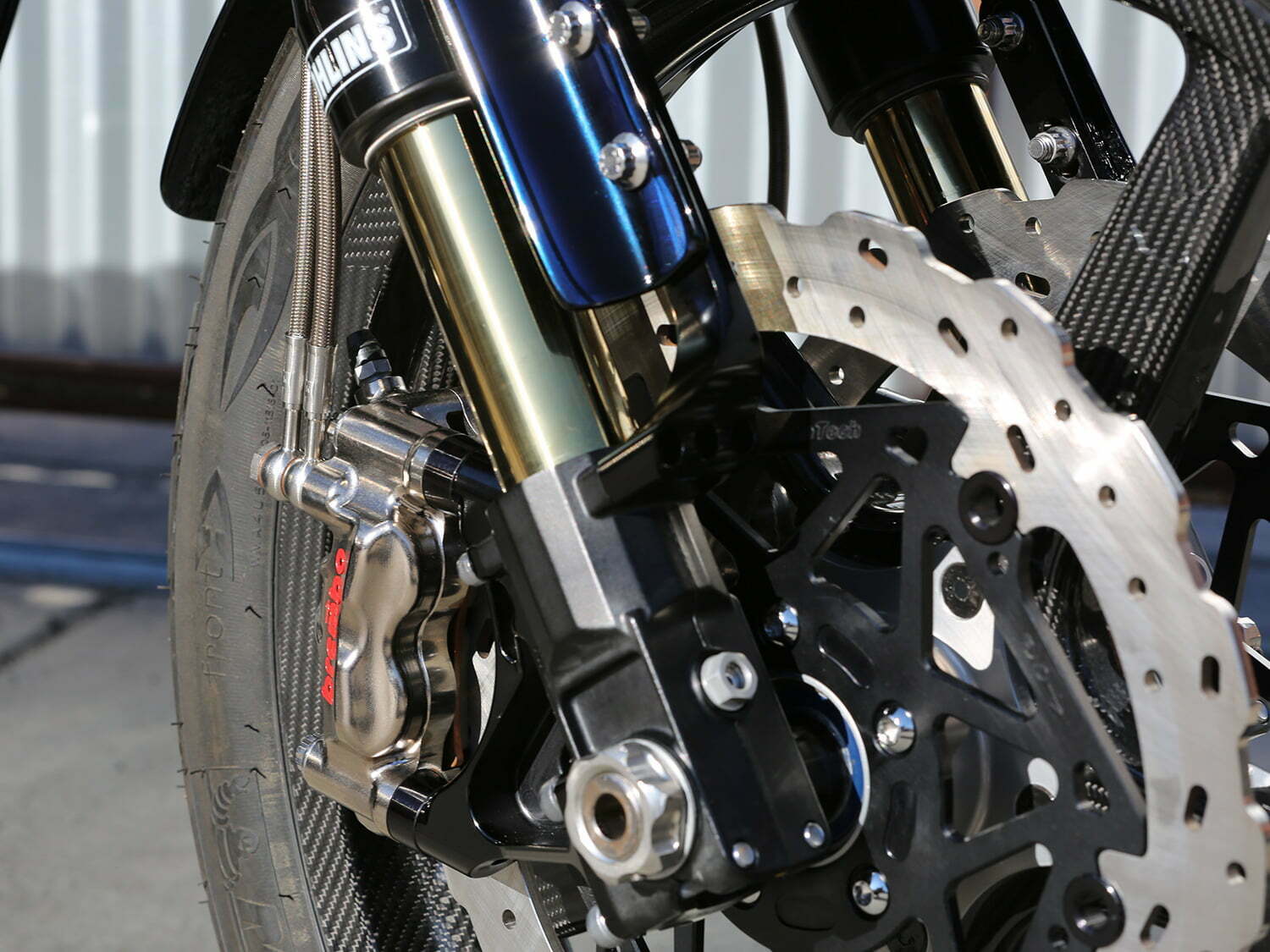 An example of the brake lines Eric makes in-house 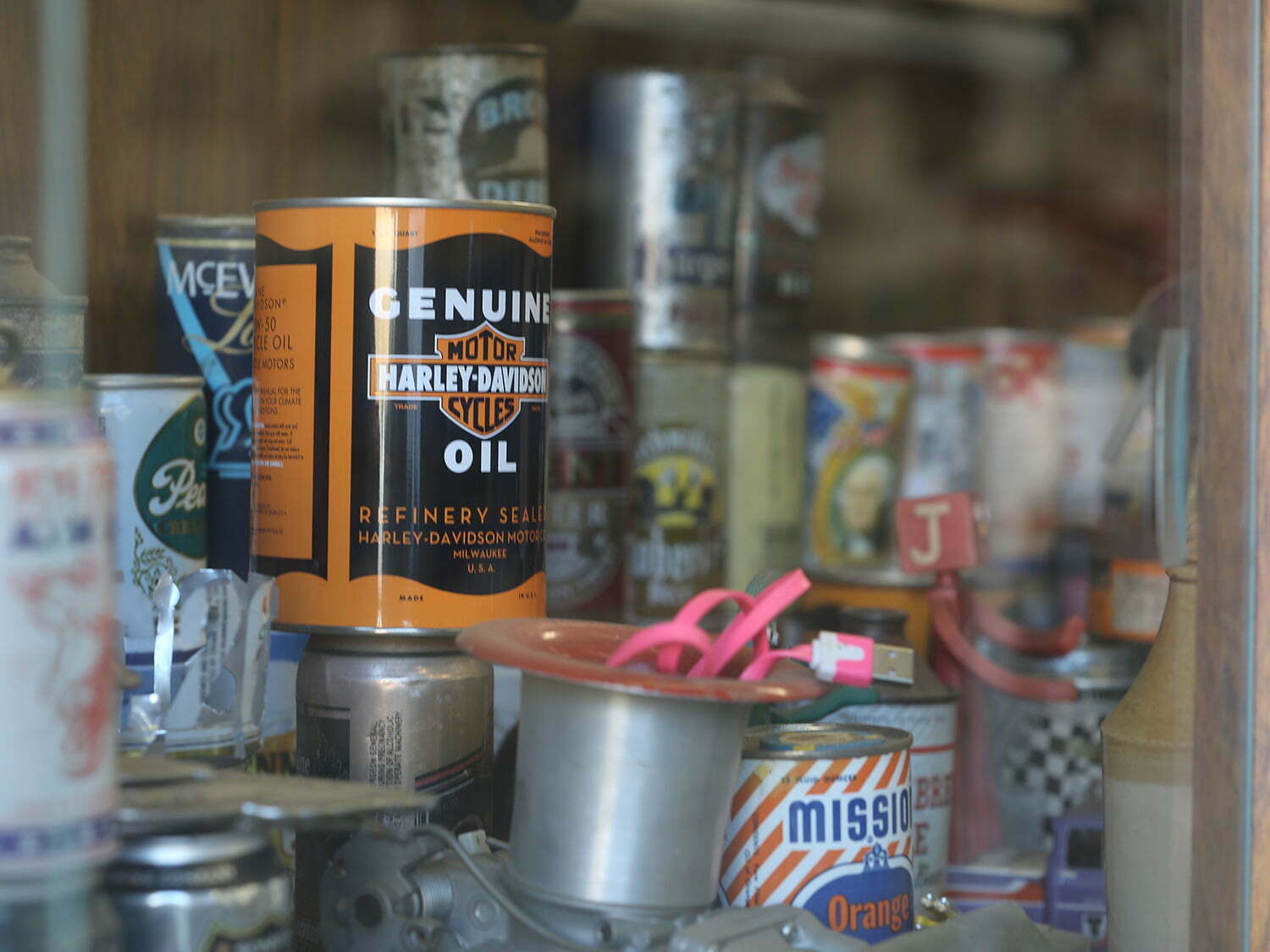 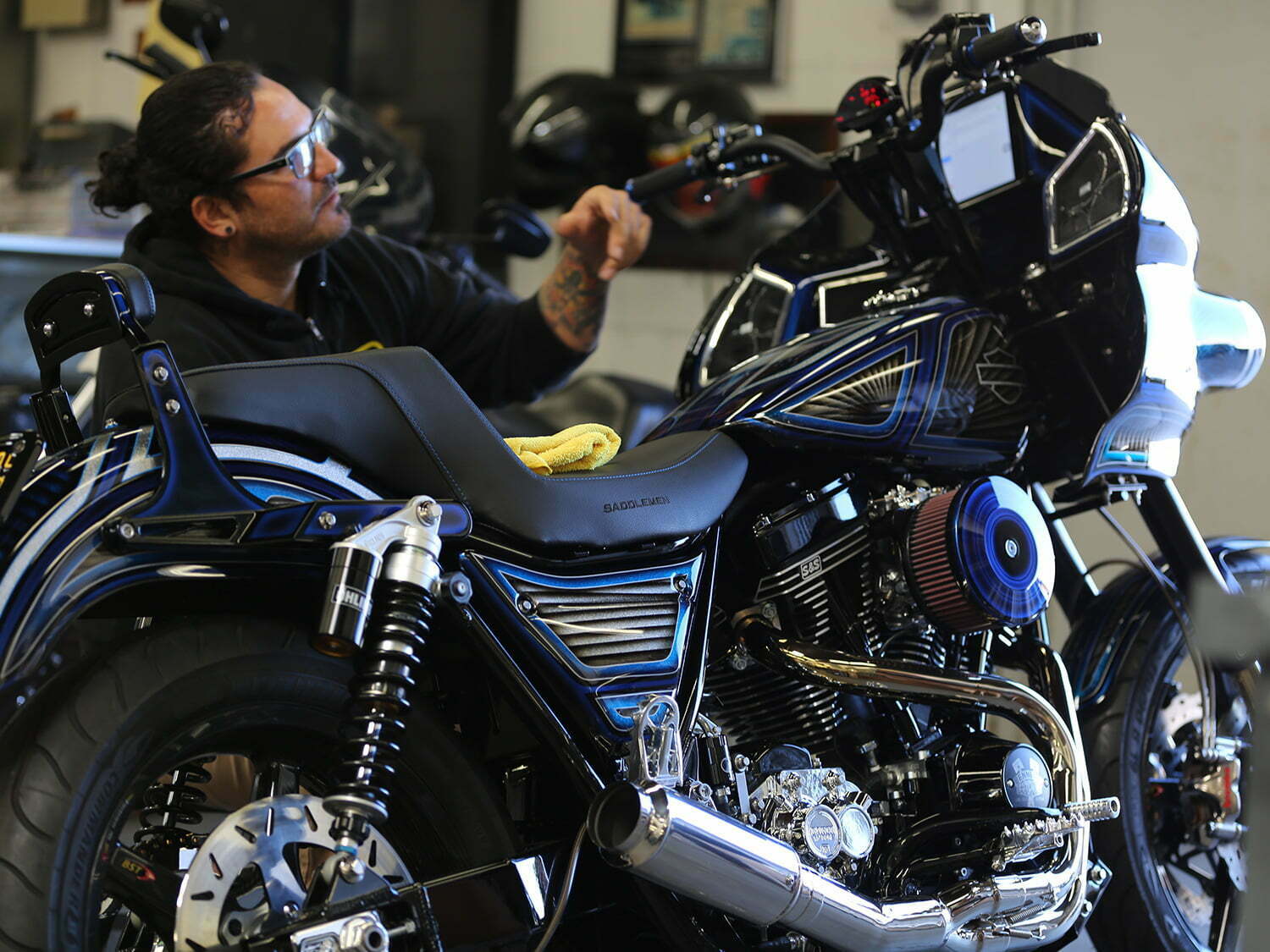 Gabe wrapping up the electronics on their most recently finished build