Celebrities are known for their glitz and glamour, the movies or TV shows they star in, or the songs they sing. Their work (or paparazzi footage) can only capture so much of their personal passions and interests, but one thing that we found is that many celebrities are motorcycle enthusiasts. More specifically, they are fans of The Motor Company, Harley-Davidson.

Here’s a star-studded list of favorite celebrities who are among the ranks of Bar and Shield lovers. 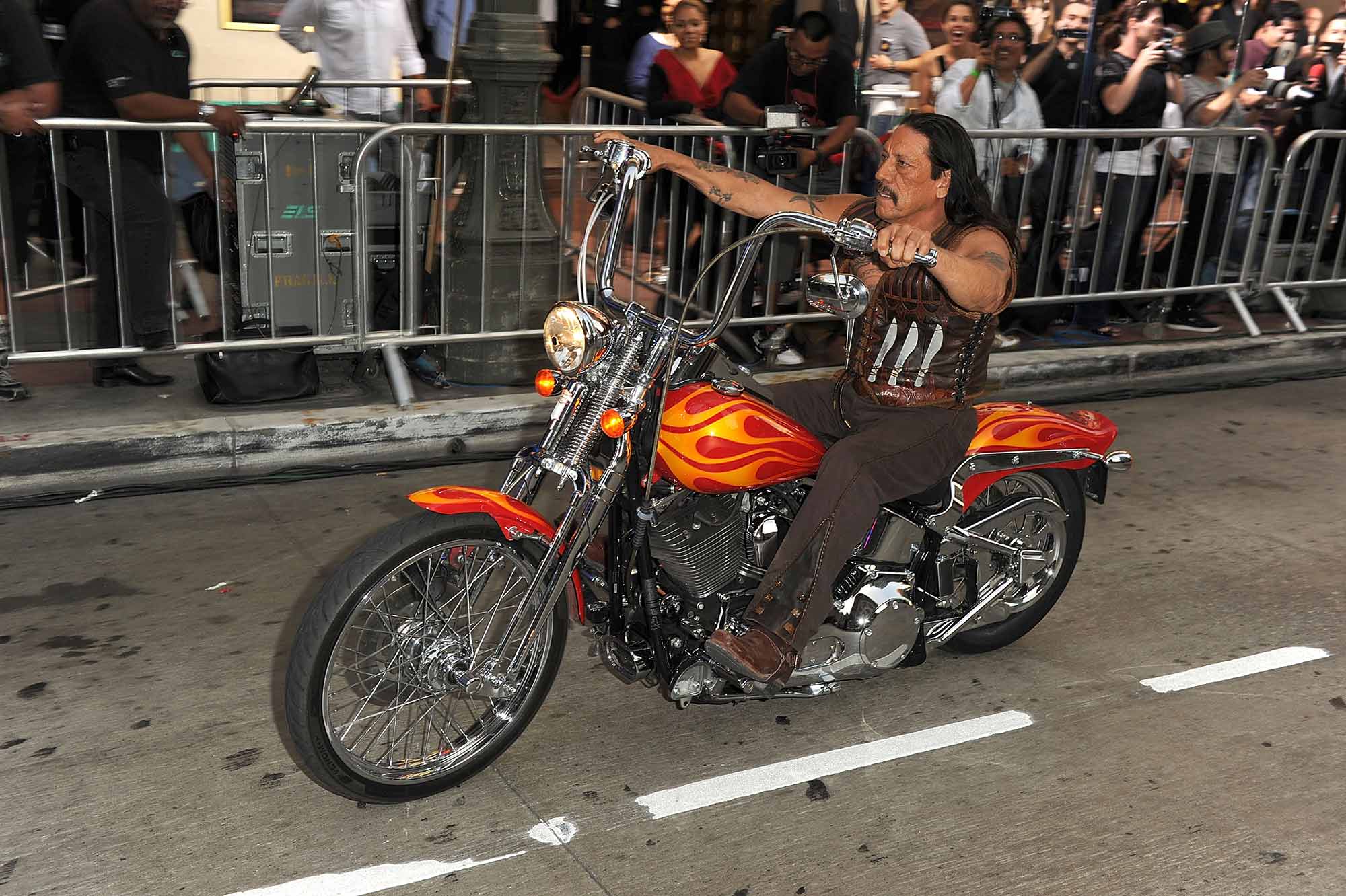 Celebrities customize, collect, promote, and even sing about Harley-Davidsons. 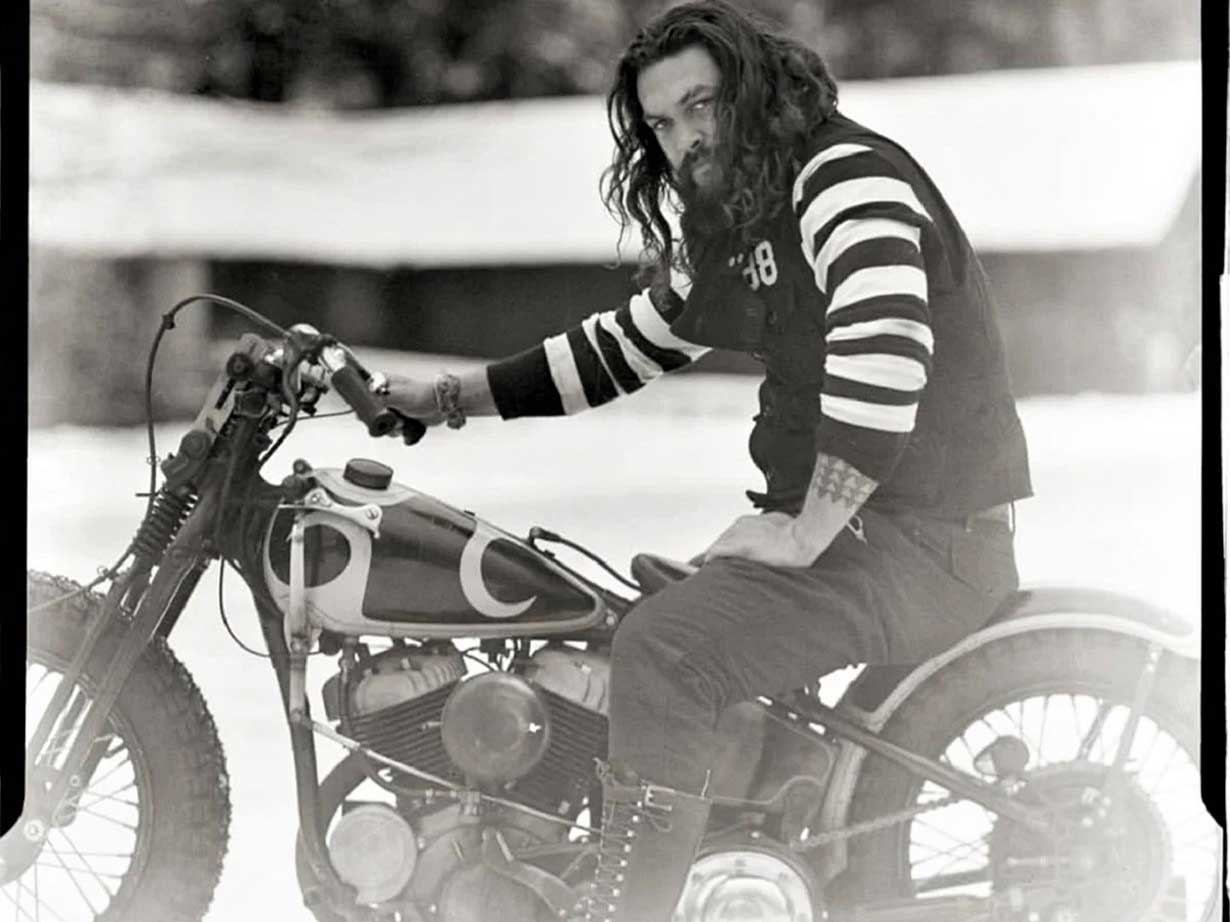 Jason Momoa joined Harley and Fanatics for the ALL-IN charity. He also teamed up with H-D on films.

Danny Trejo arrived in style for the Machete premiere. He’s on a custom Harley Softail Springer. 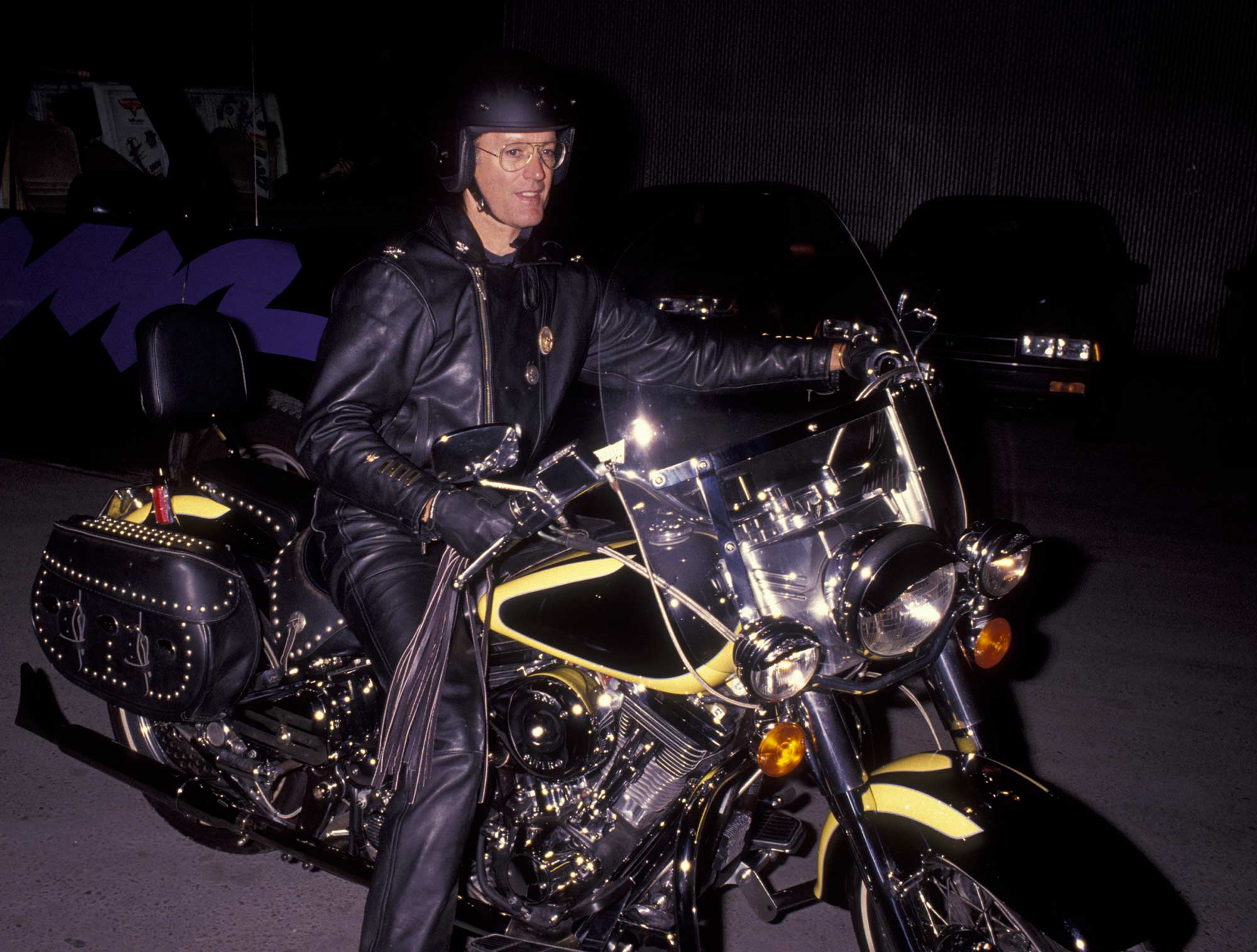 Peter Fonda, known for his Harley-riding role in Easy Rider, is shown here on a Softail Heritage. 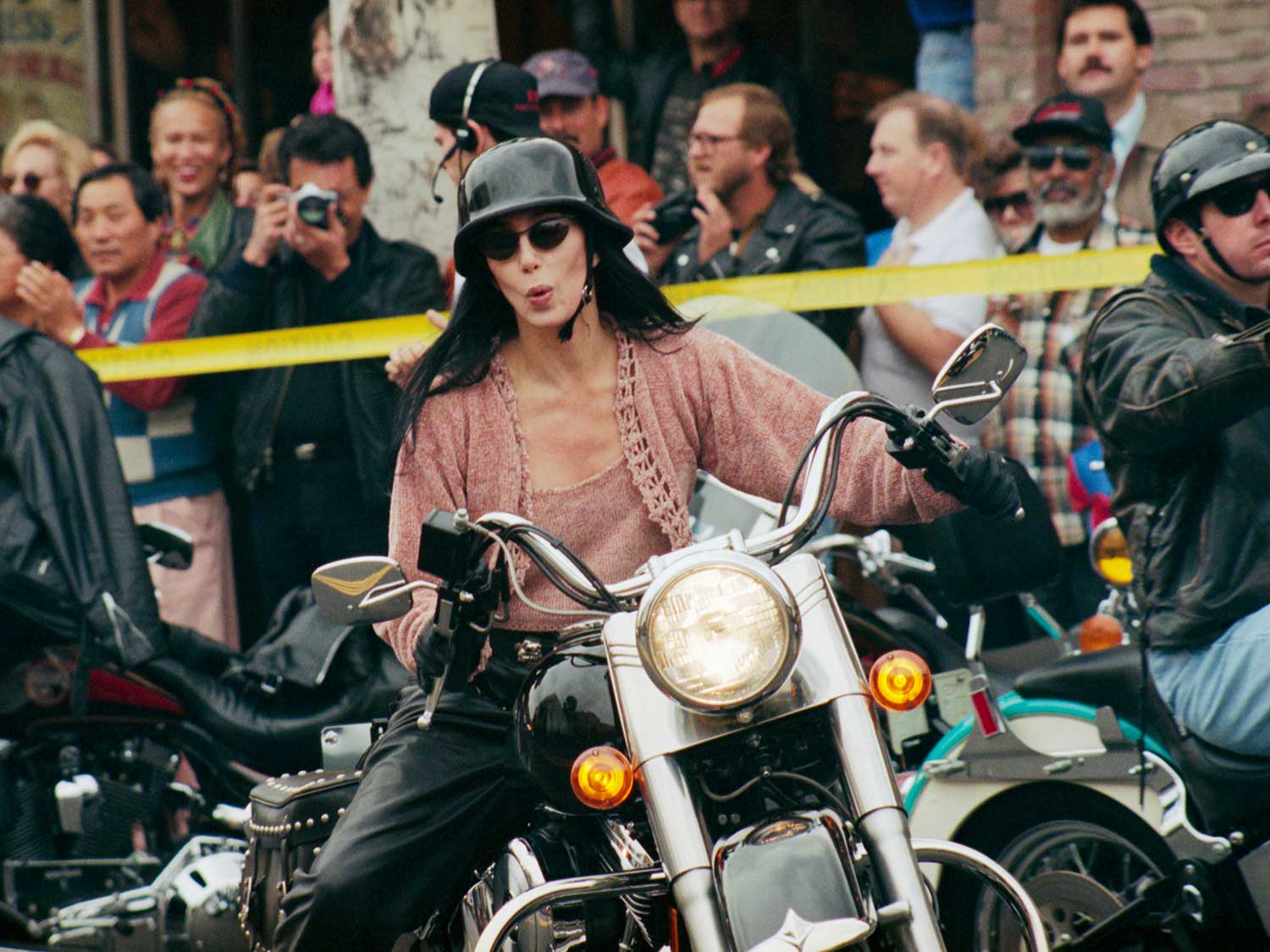 Cher’s first ride was on a Harley. Here she is riding one in 1994 at a Christmas parade on Rodeo Drive. 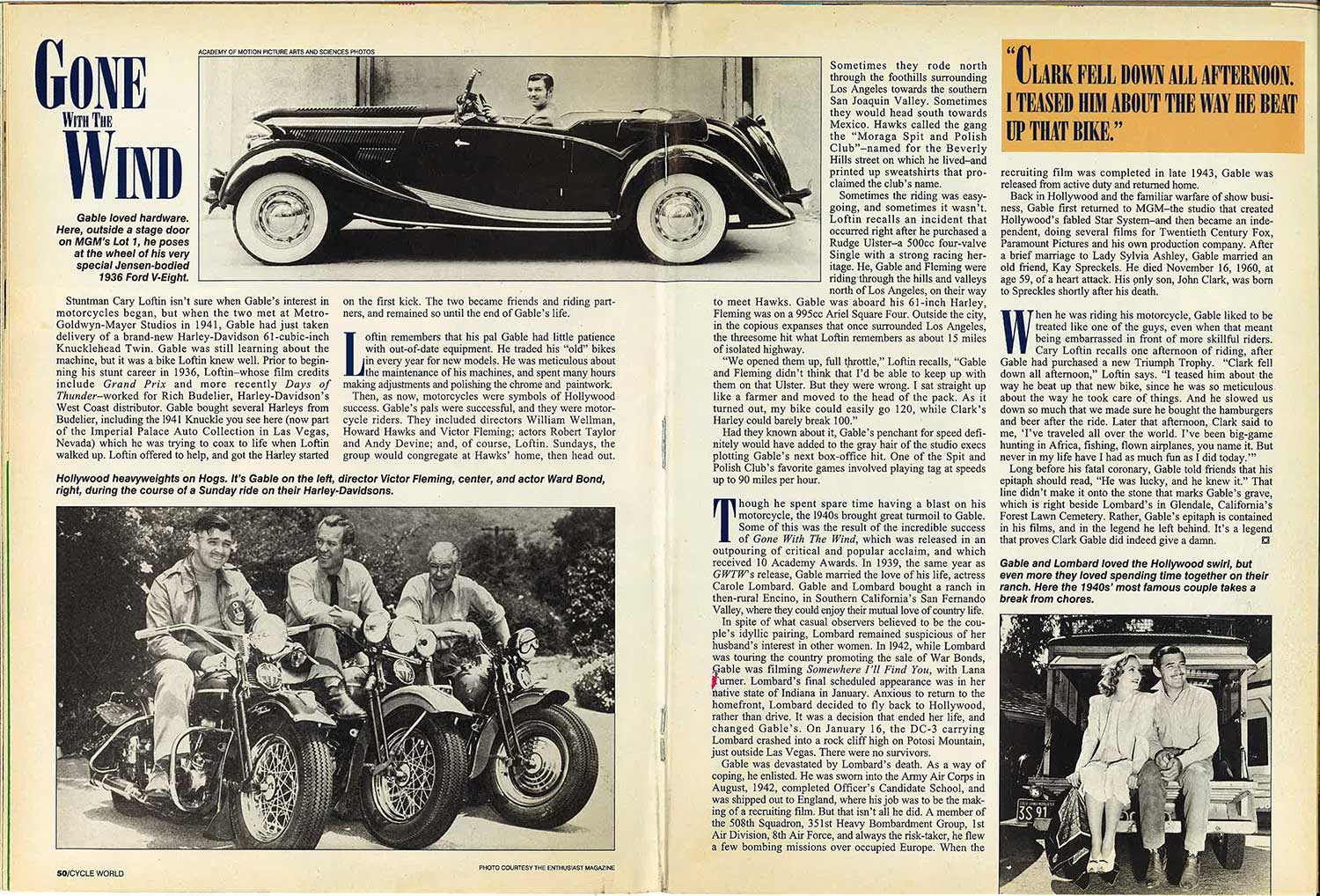 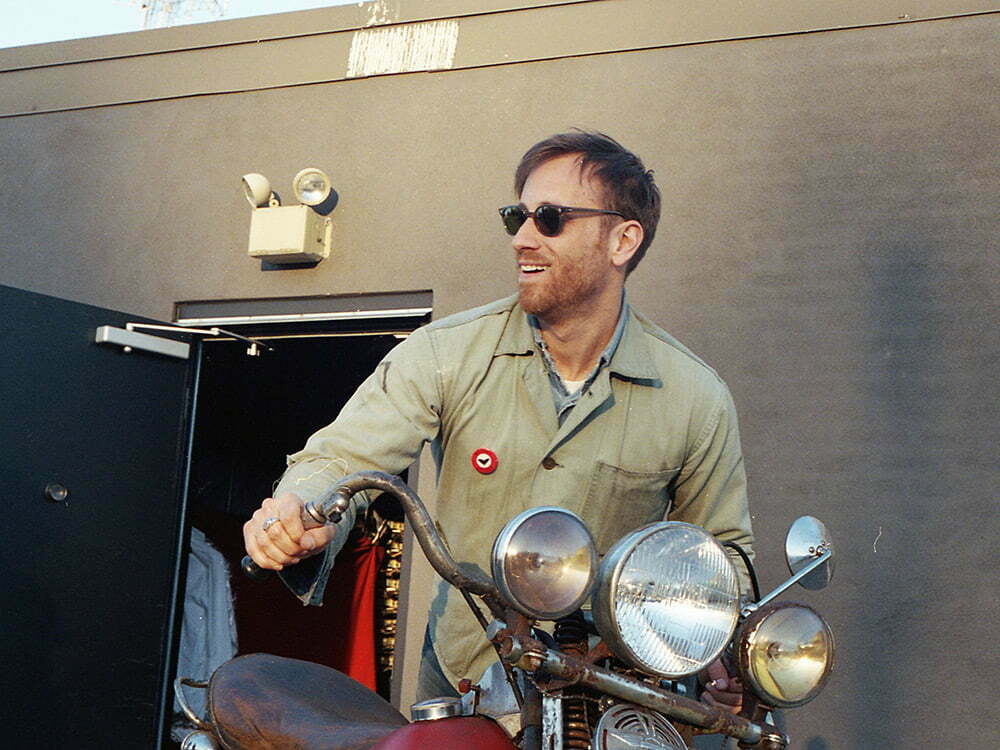 Black Keys band member Dan Auerbach has a collection of vintage Harleys, his first being a 1937 EL. 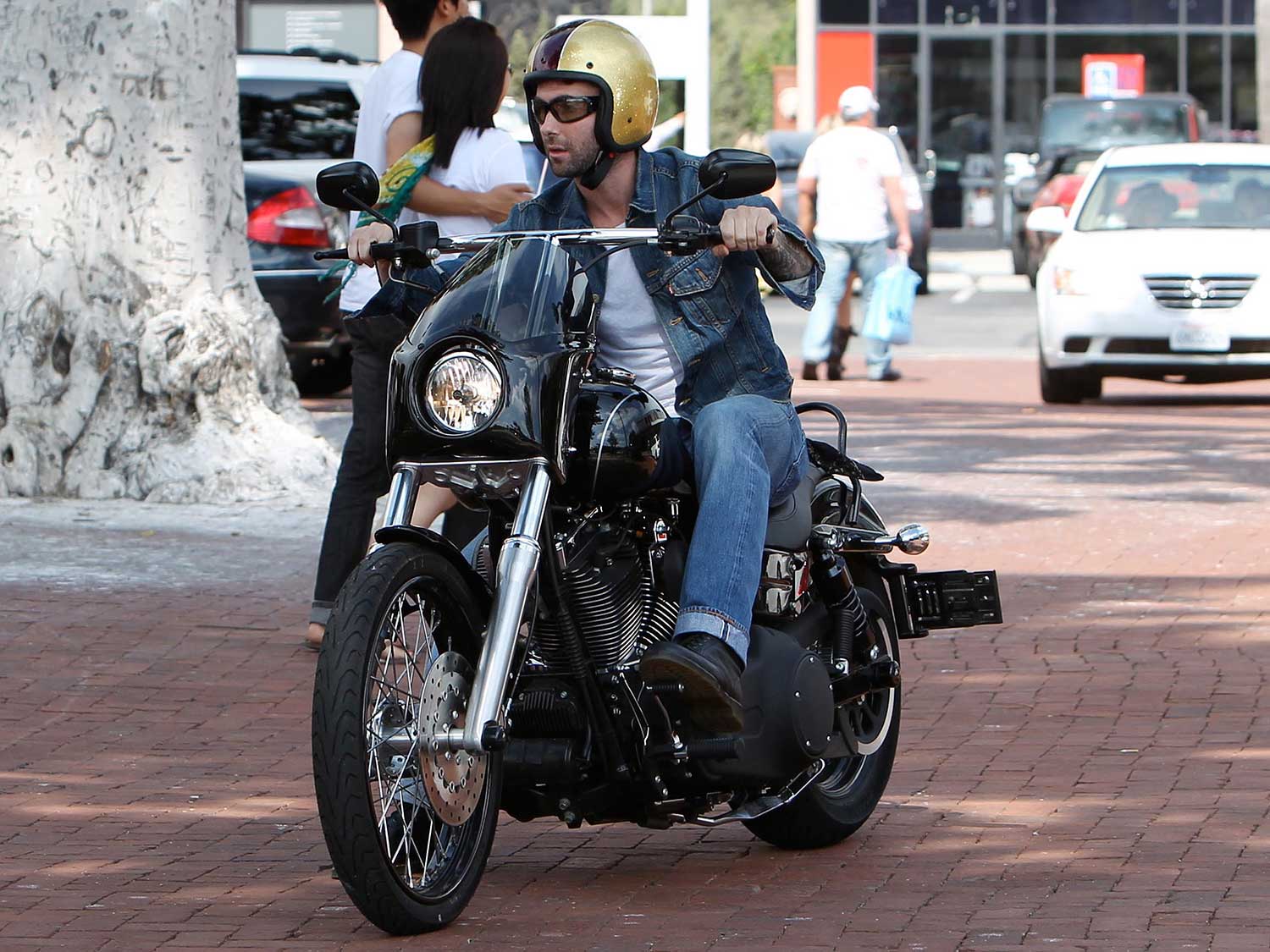 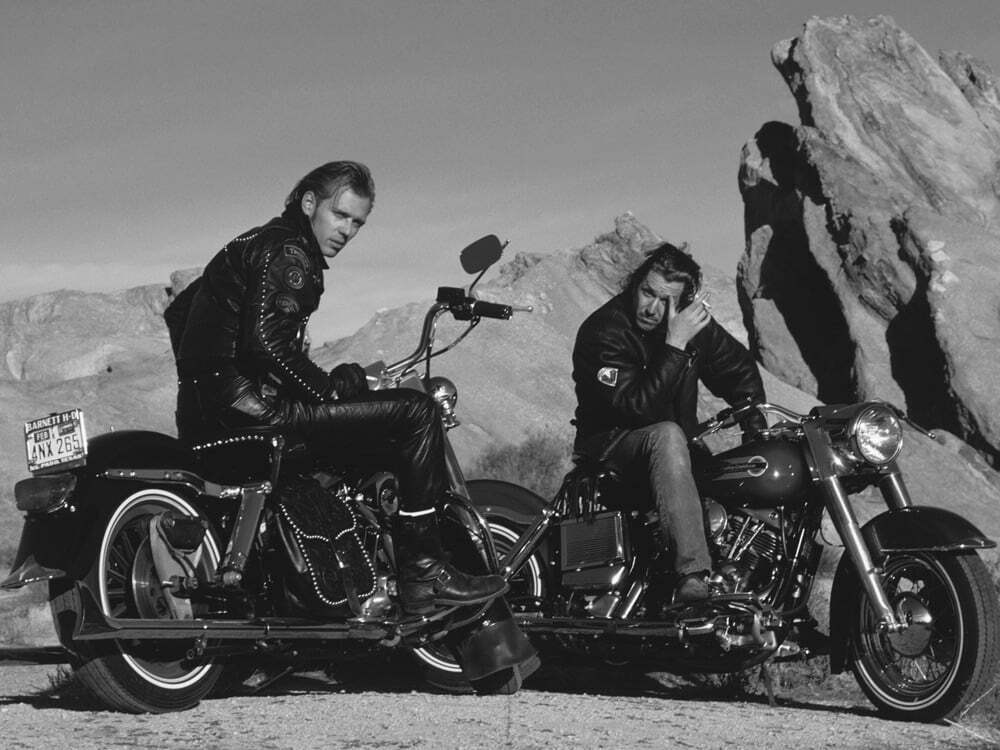 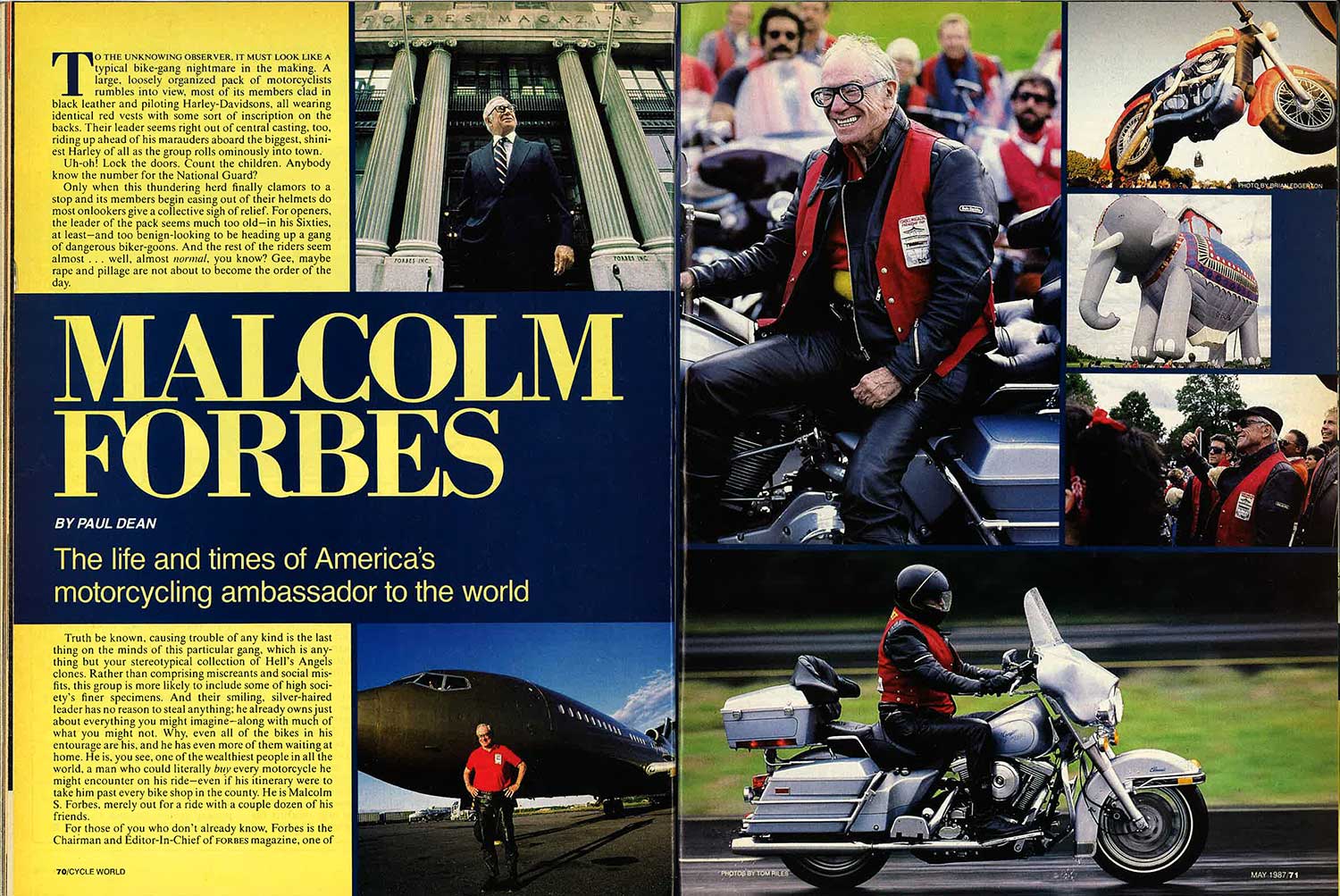 About half of Malcolm Forbes’ personal fleet were Harleys, according to 1987 Cycle World coverage. 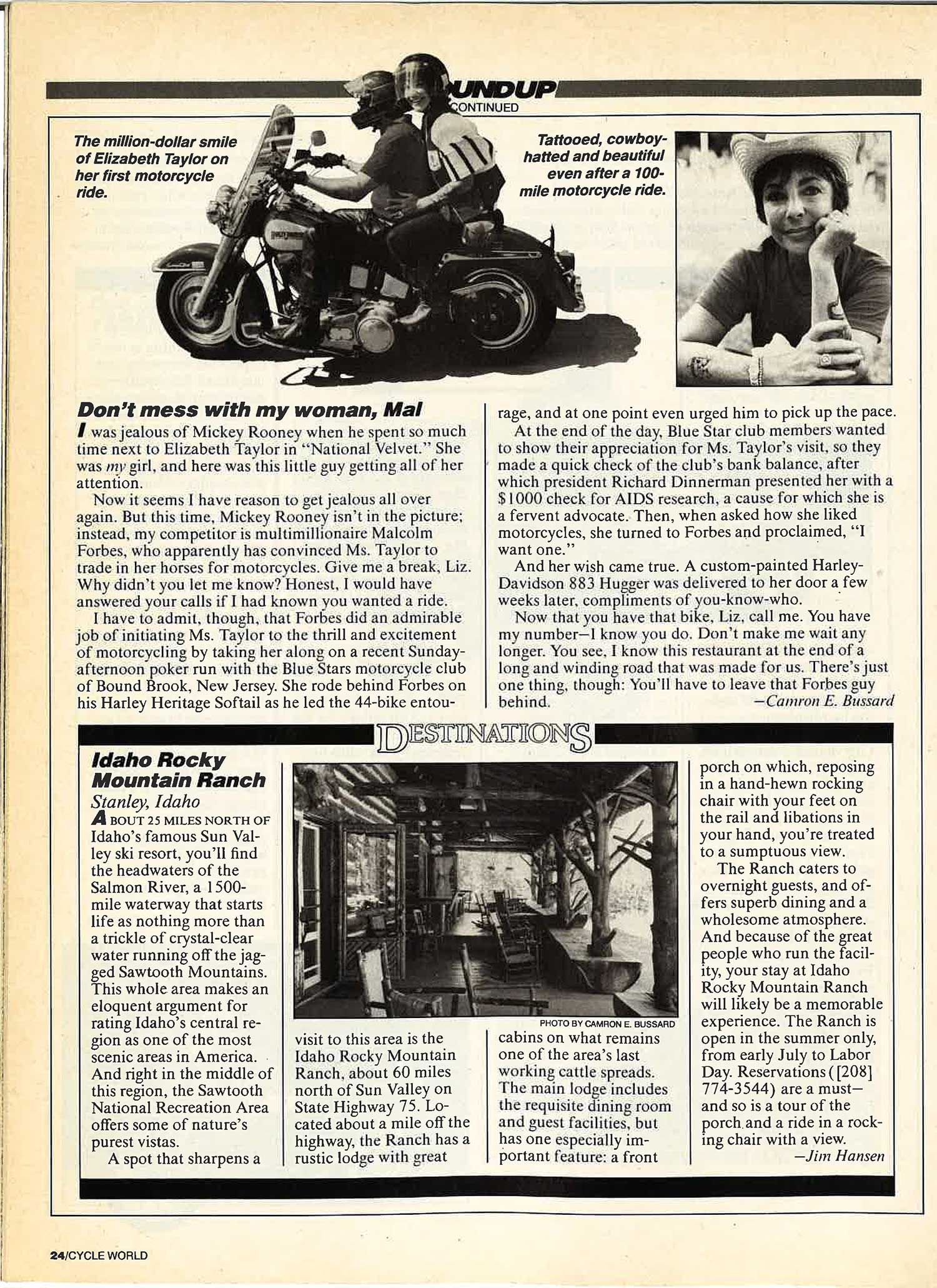 Elizabeth Taylor riding with Forbes on his Heritage Softail. Forbes later gave her a custom 883. 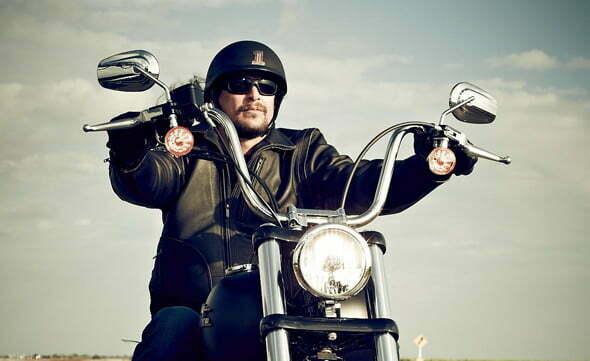 In 2013, Kid Rock partnered with H-D. “There is nothing that screams America like Harley-Davidson.” 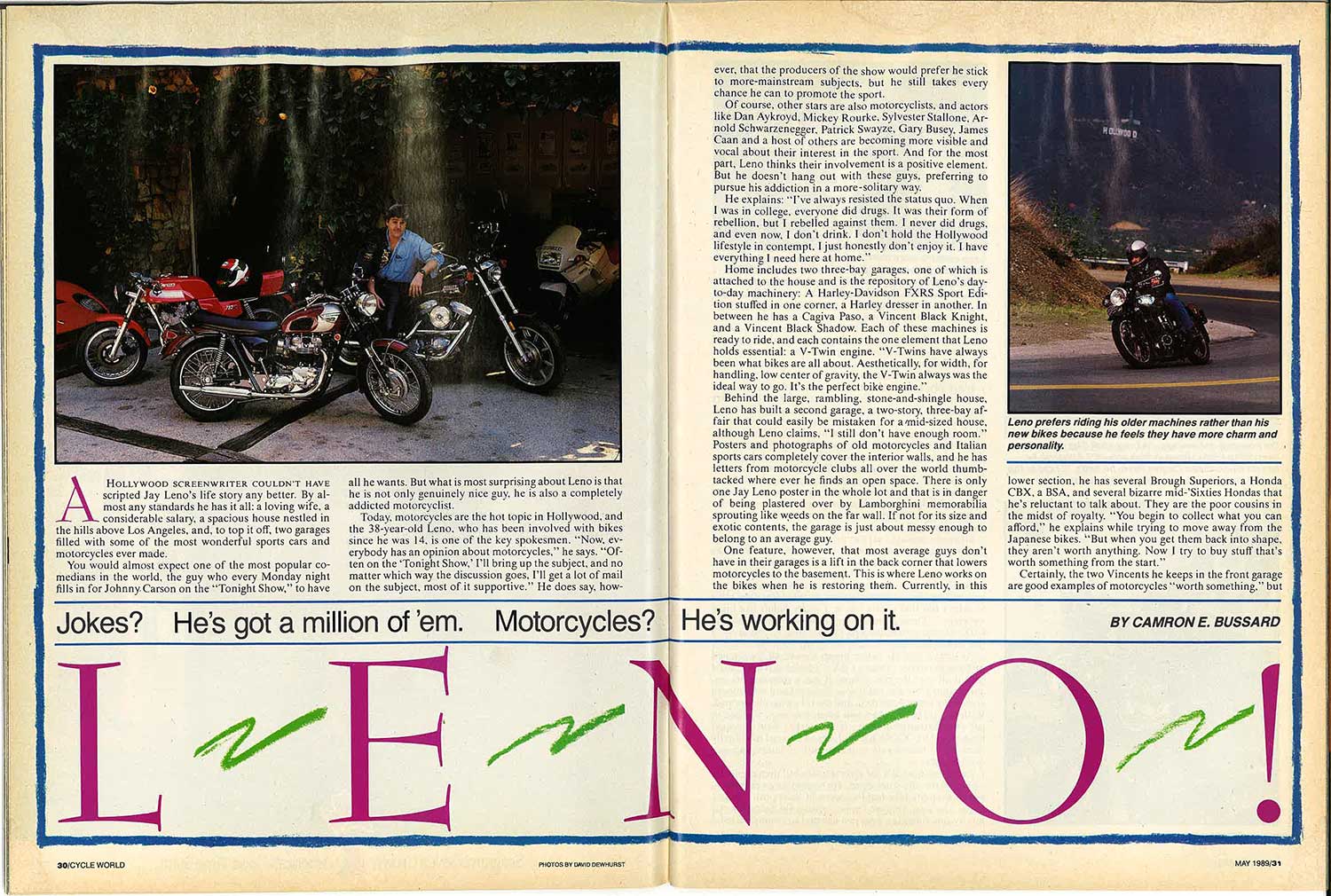 Leno has been involved with motorcycles since he was 14 and, as of ’89, owned an FXRS Sport Edition. 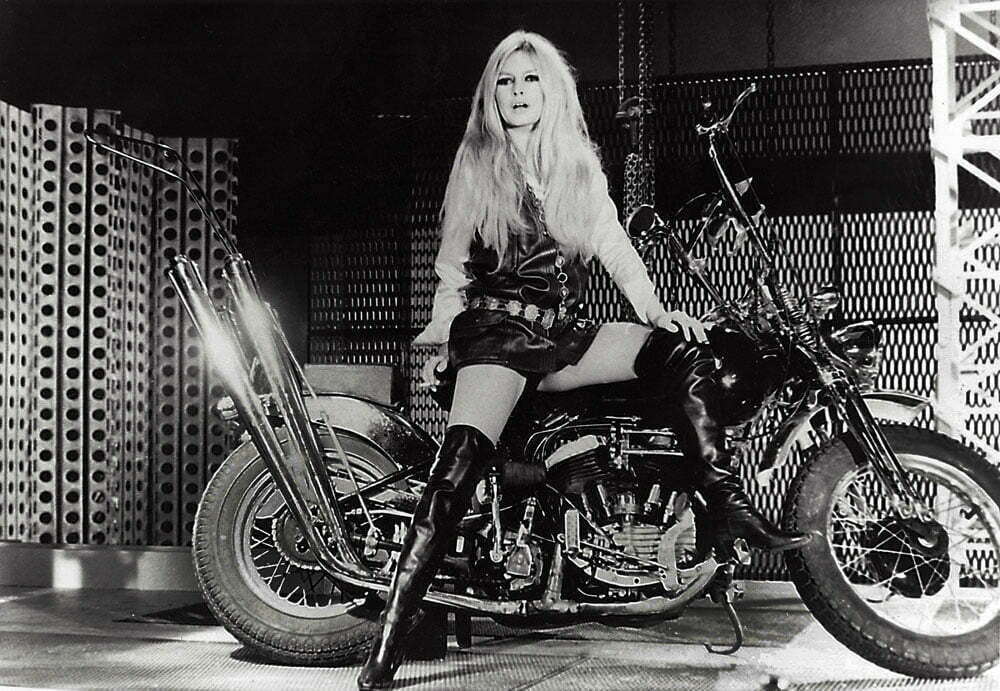 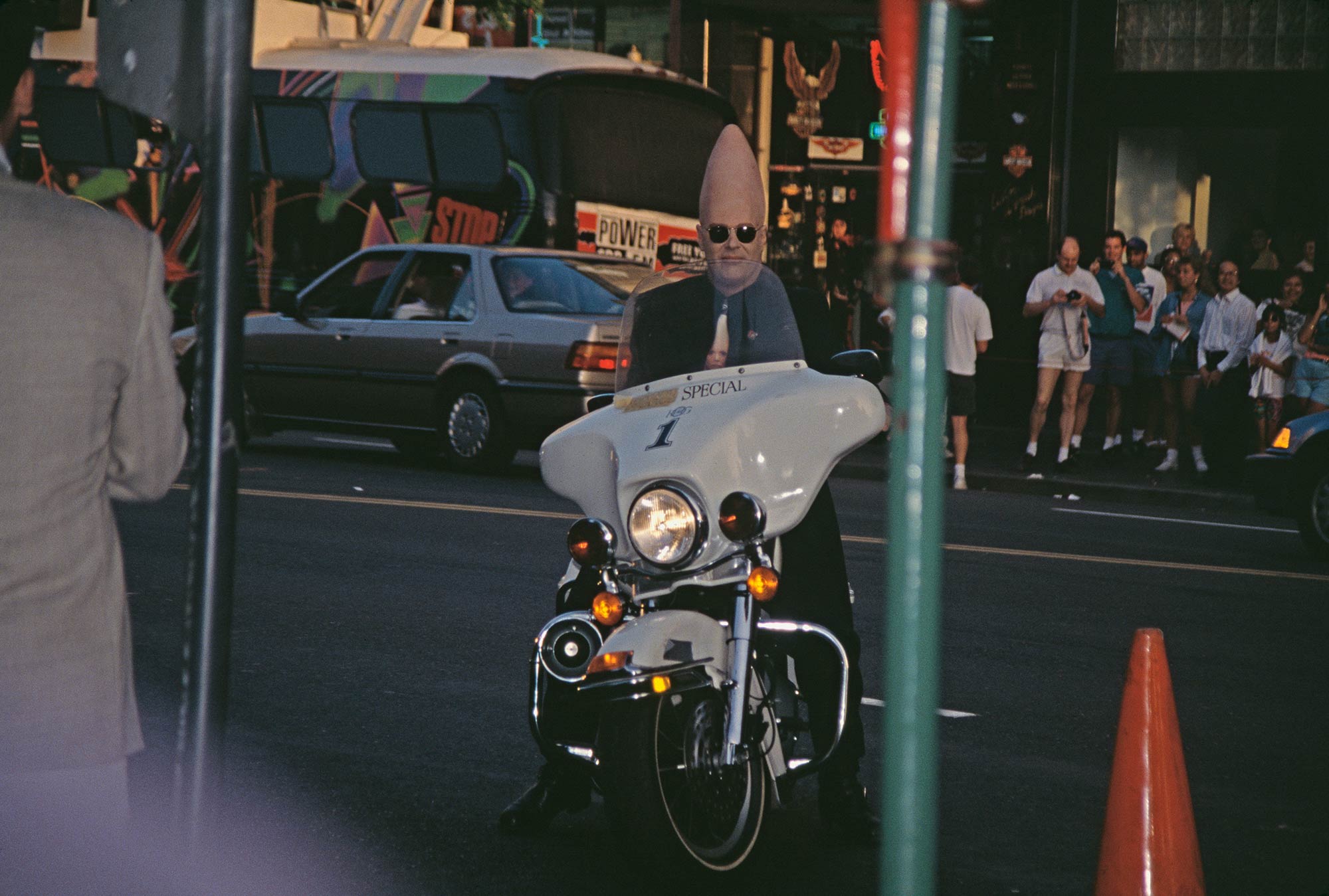 Dan Akyroyd rode a Police Special Electra Glide to the Coneheads premiere in 1993. 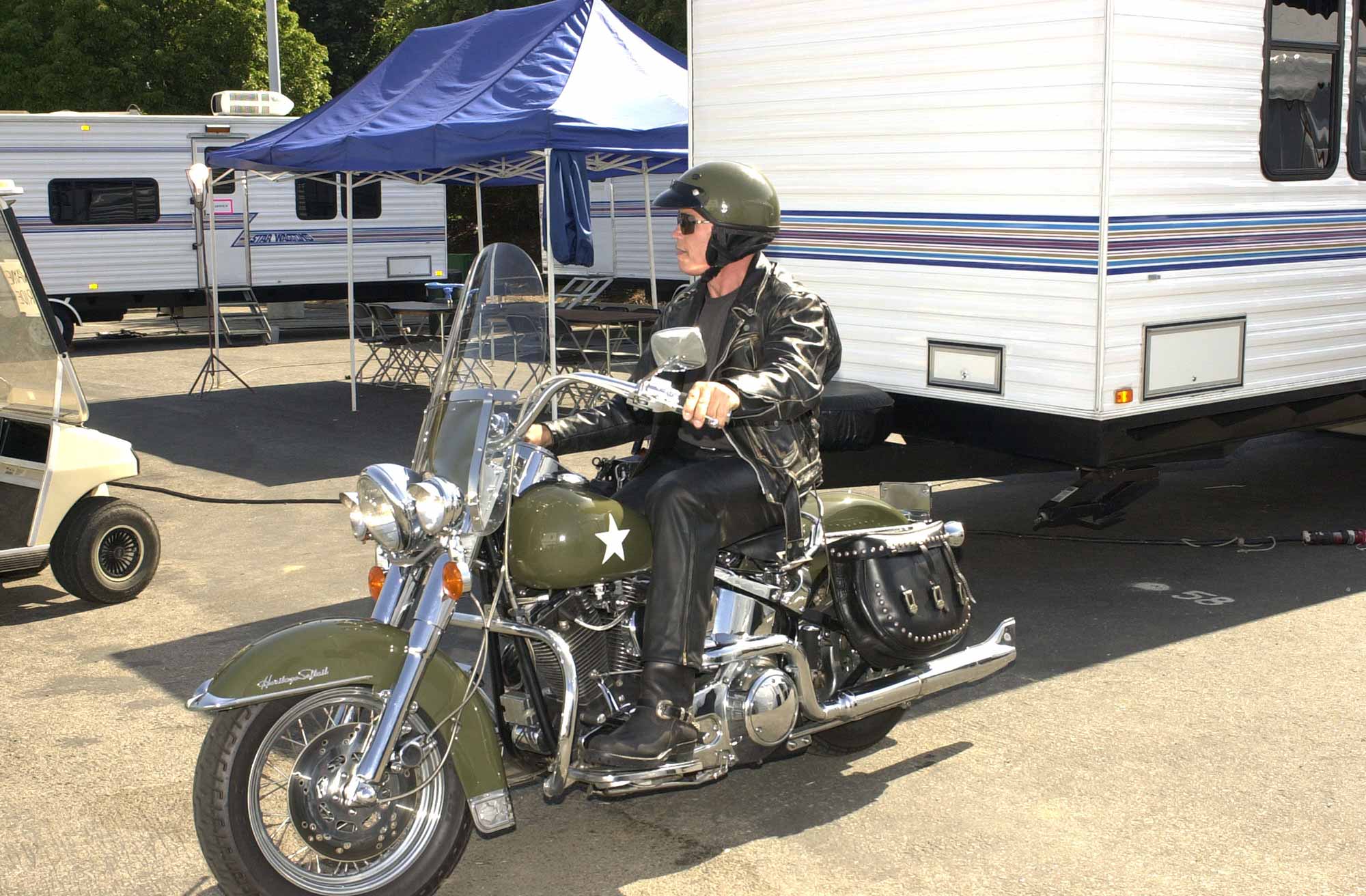 Schwarzenegger is shown here cruising the back lot of Universal Studios in LA on a Heritage Softail. 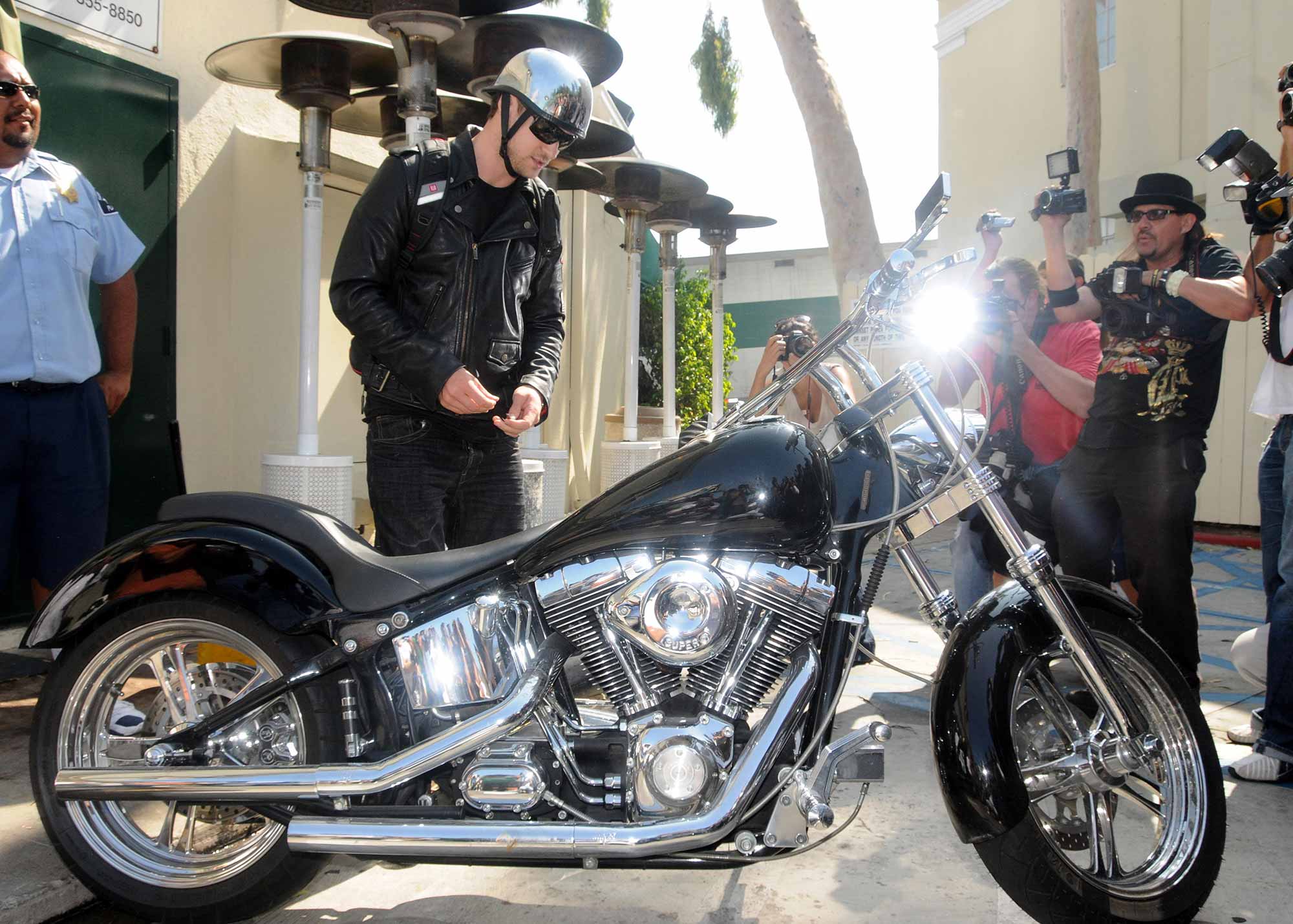 Justin Timberlake, as with many celebrities, owns a custom Harley-Davidson. 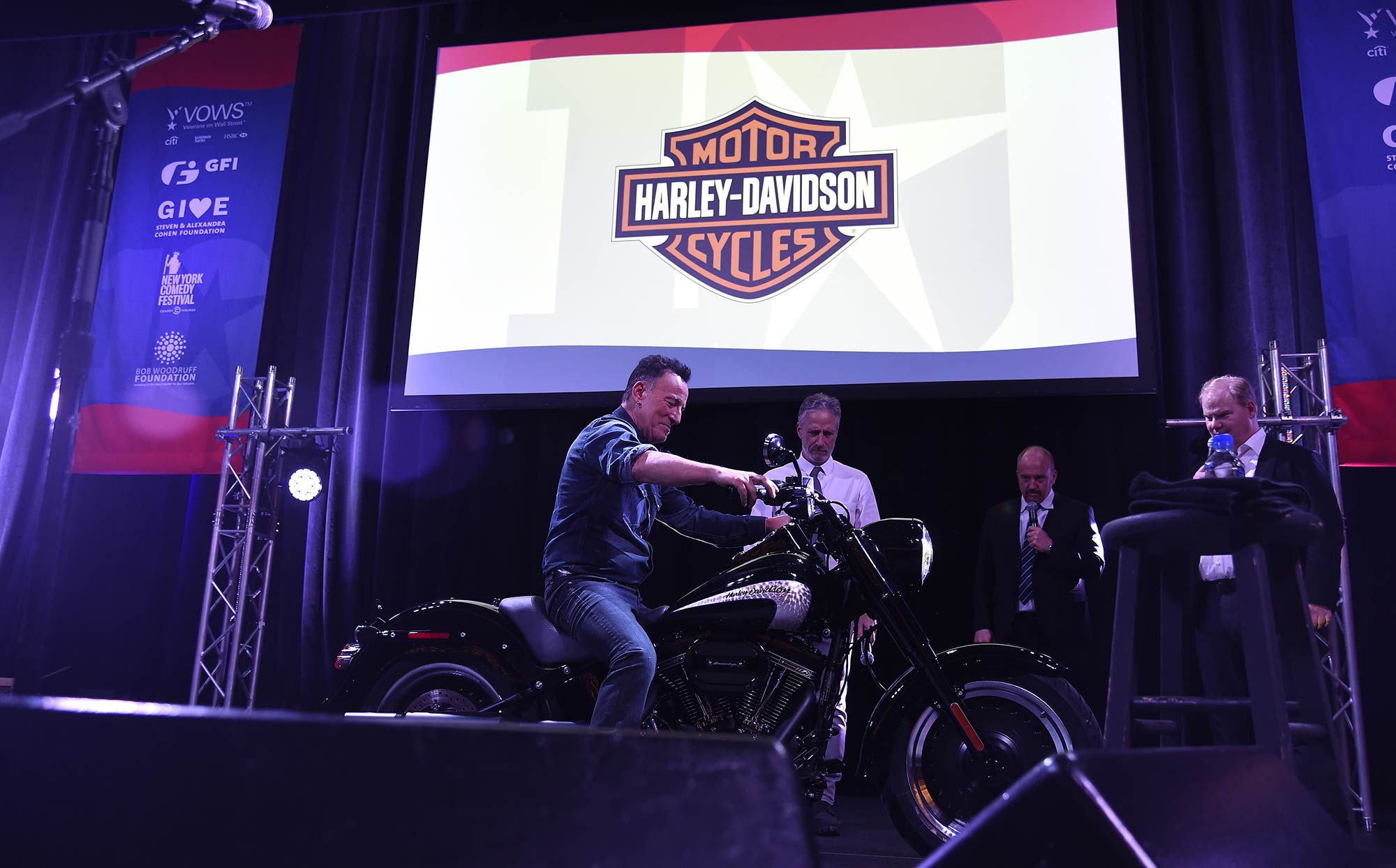 Springstein rode a Harley on stage at the Stand Up For Heroes benefit in 2016. 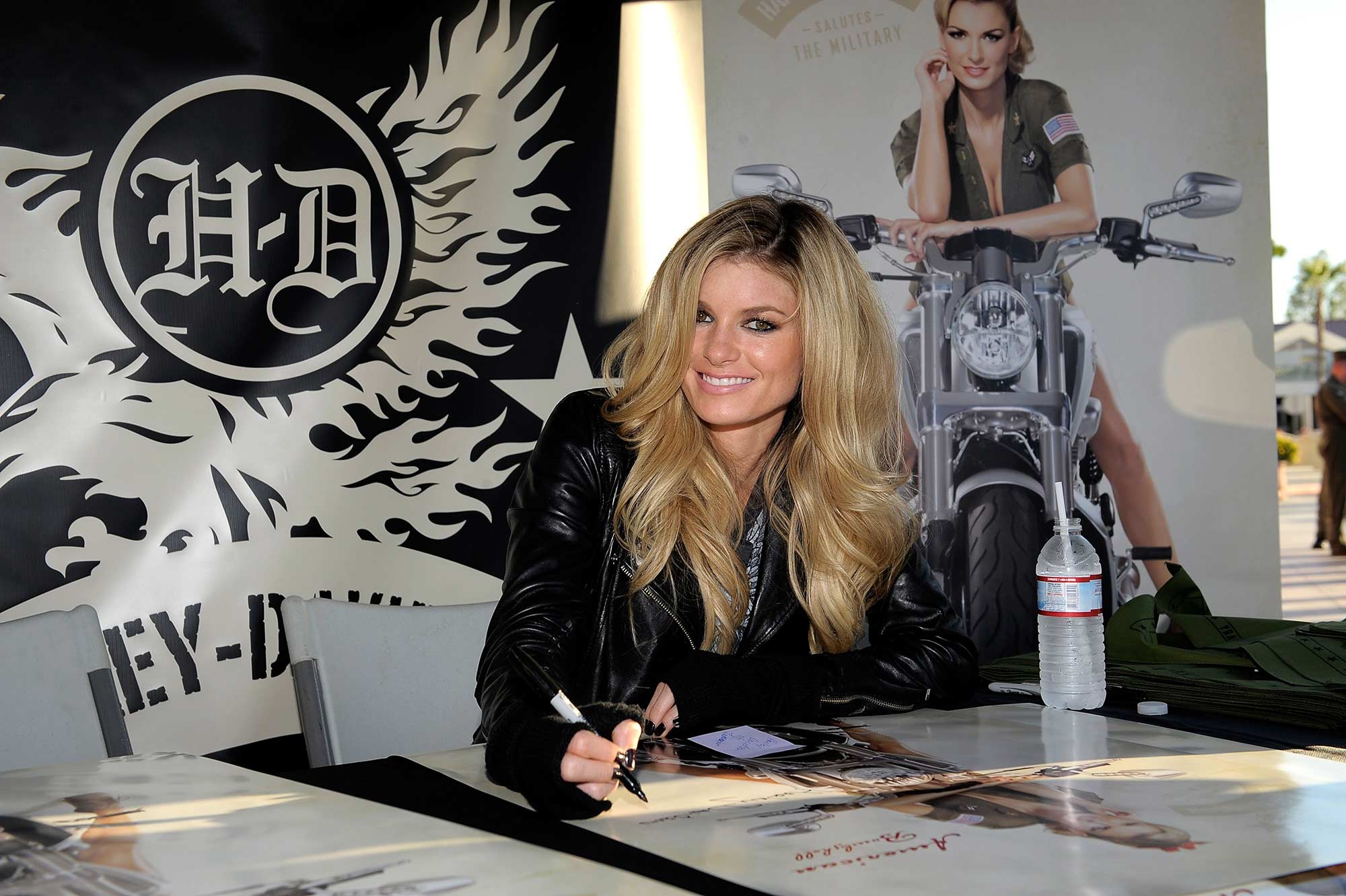 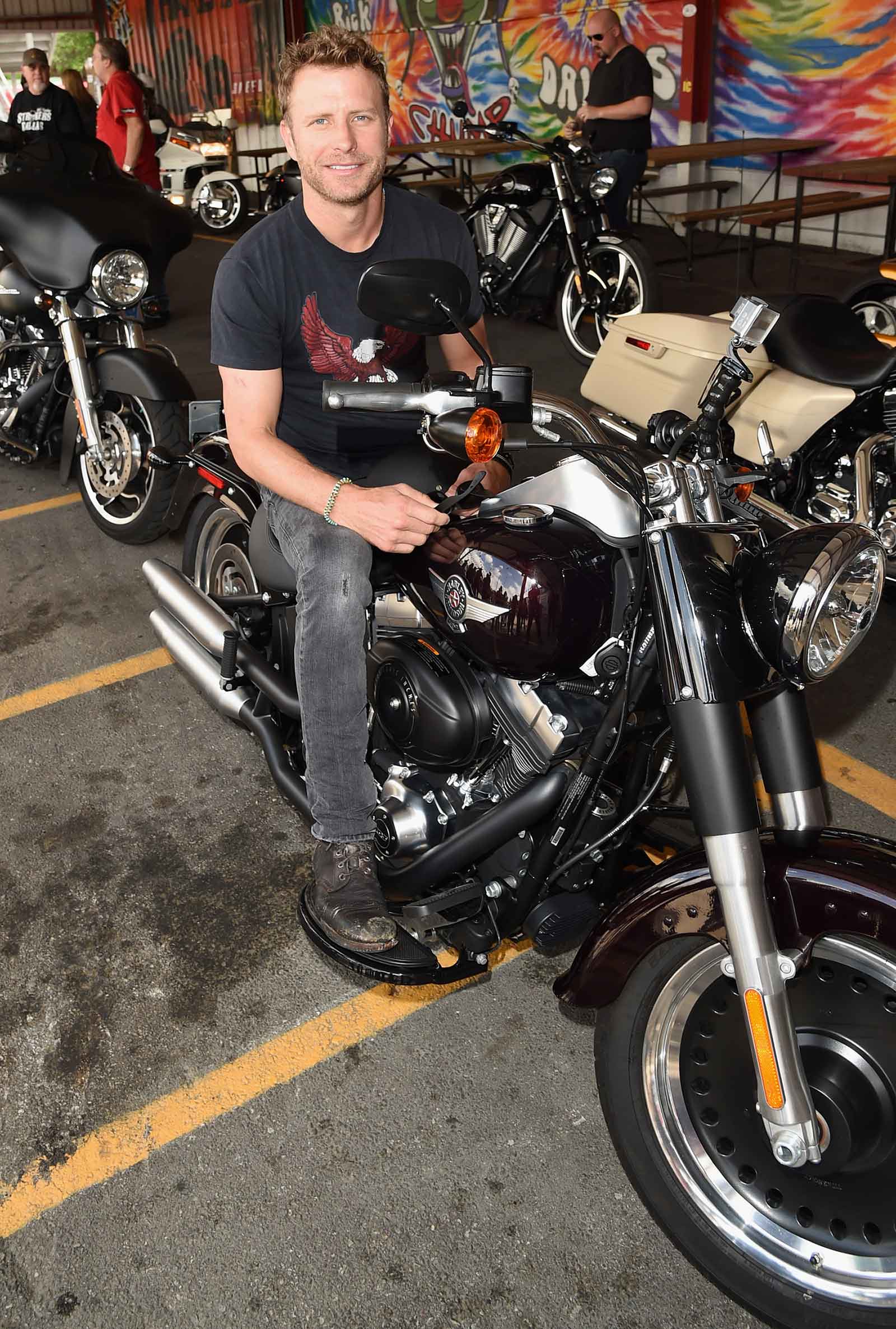 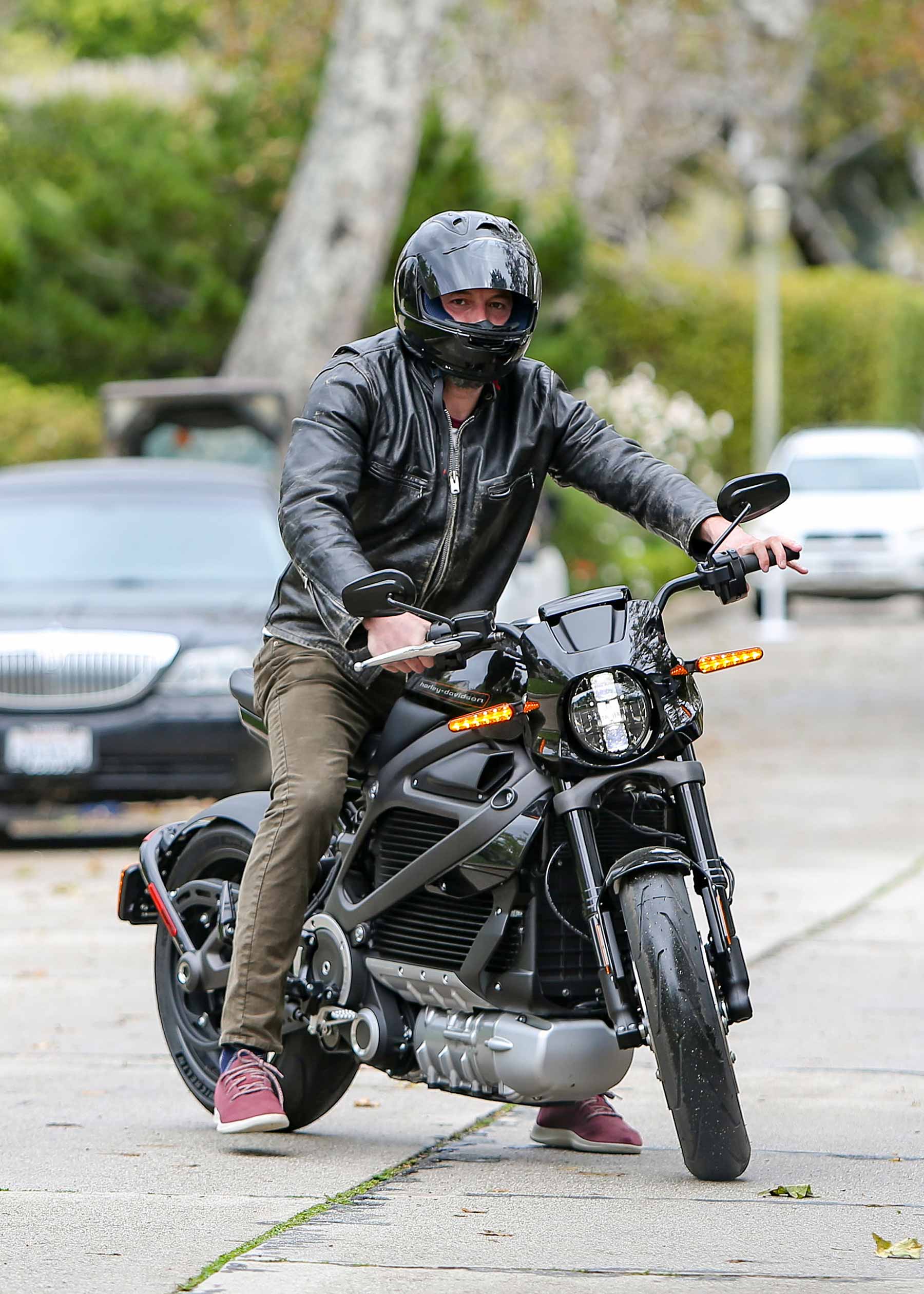 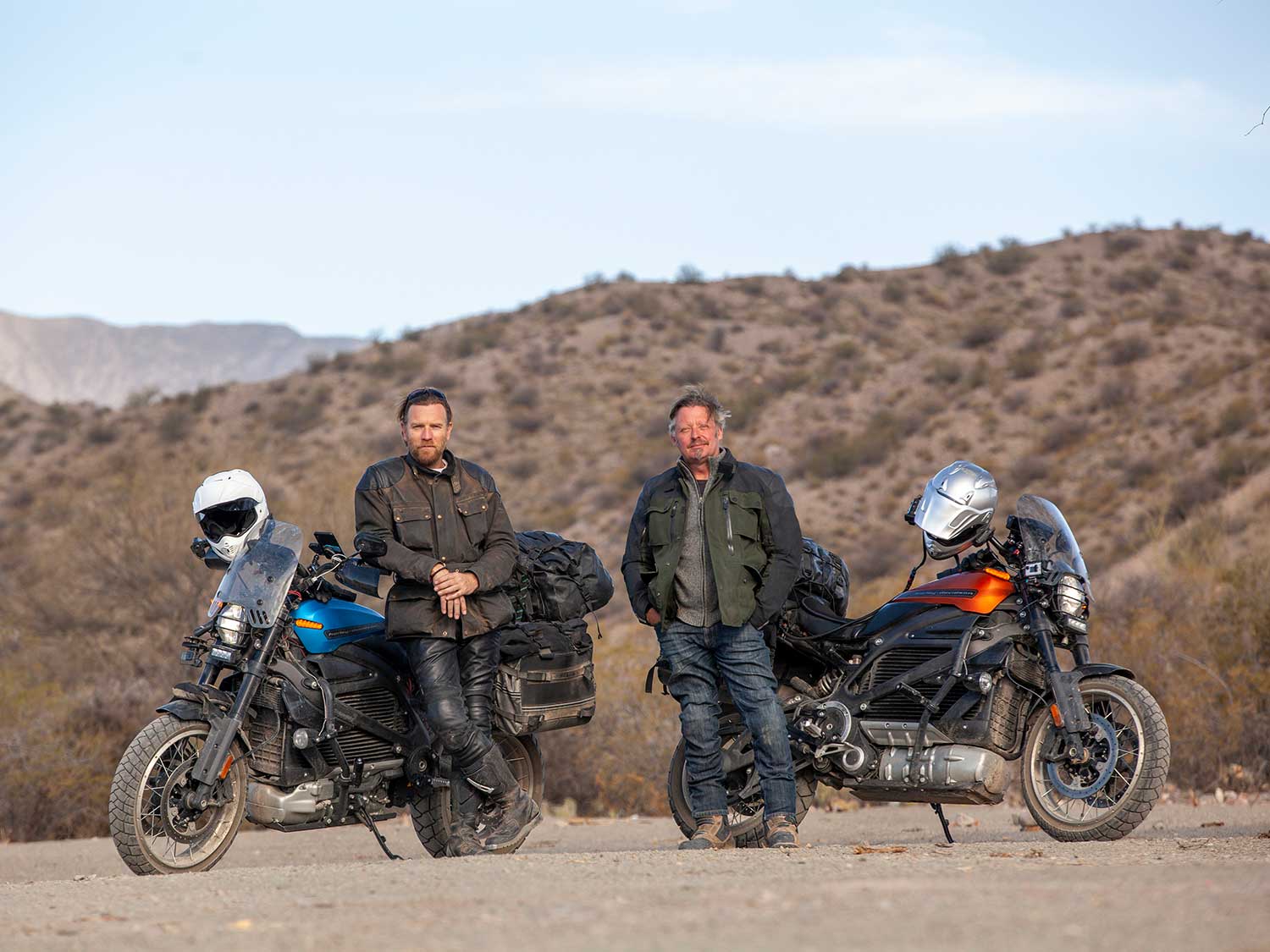 Ewan McGregor and Charley Boorman rode LiveWires 13,000 miles in 100 days in the Long Way Up series. 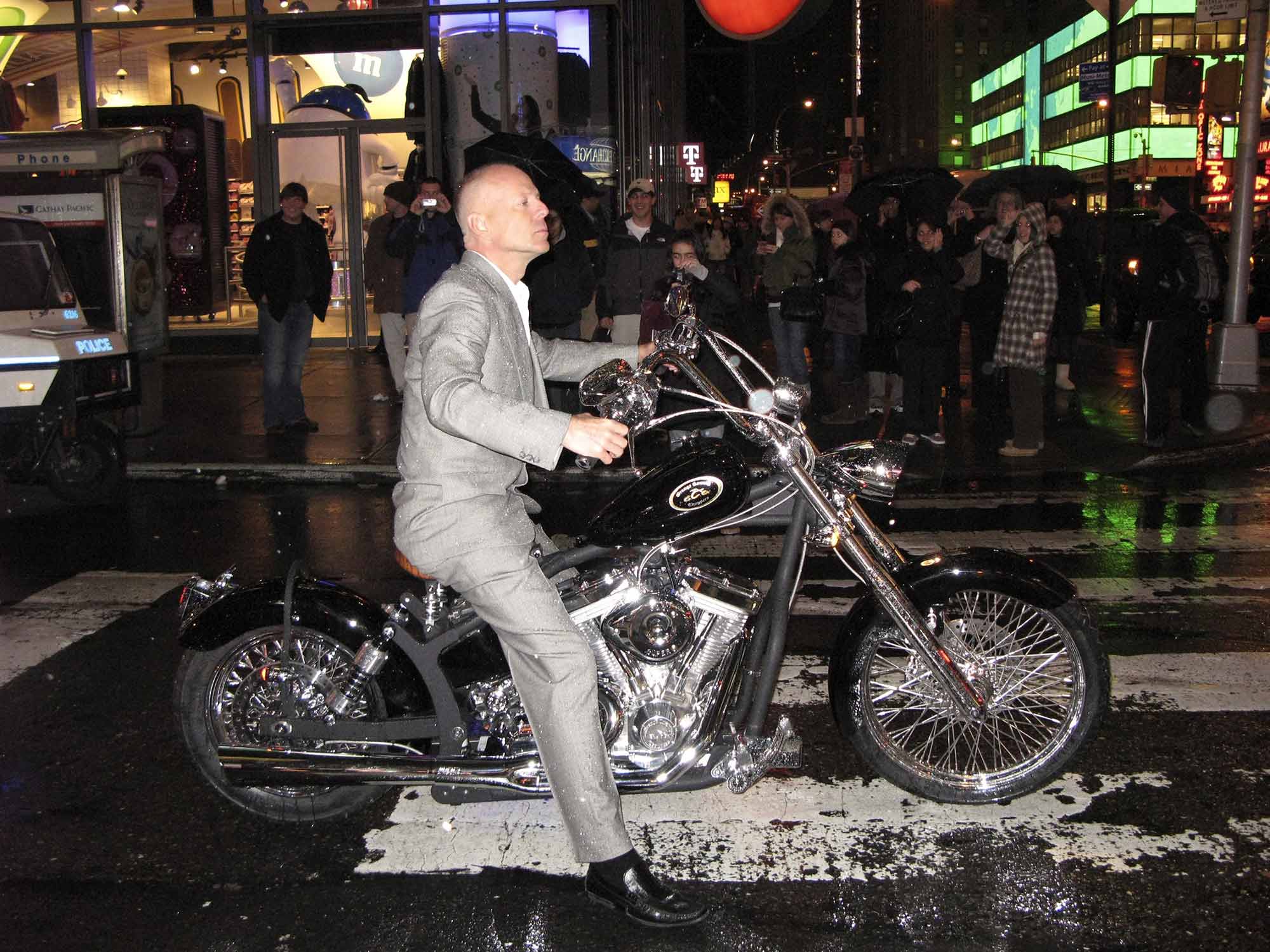 Dressed to the nines in New York, Bruce Willis straddles a custom Orange County Chopper down the streets. 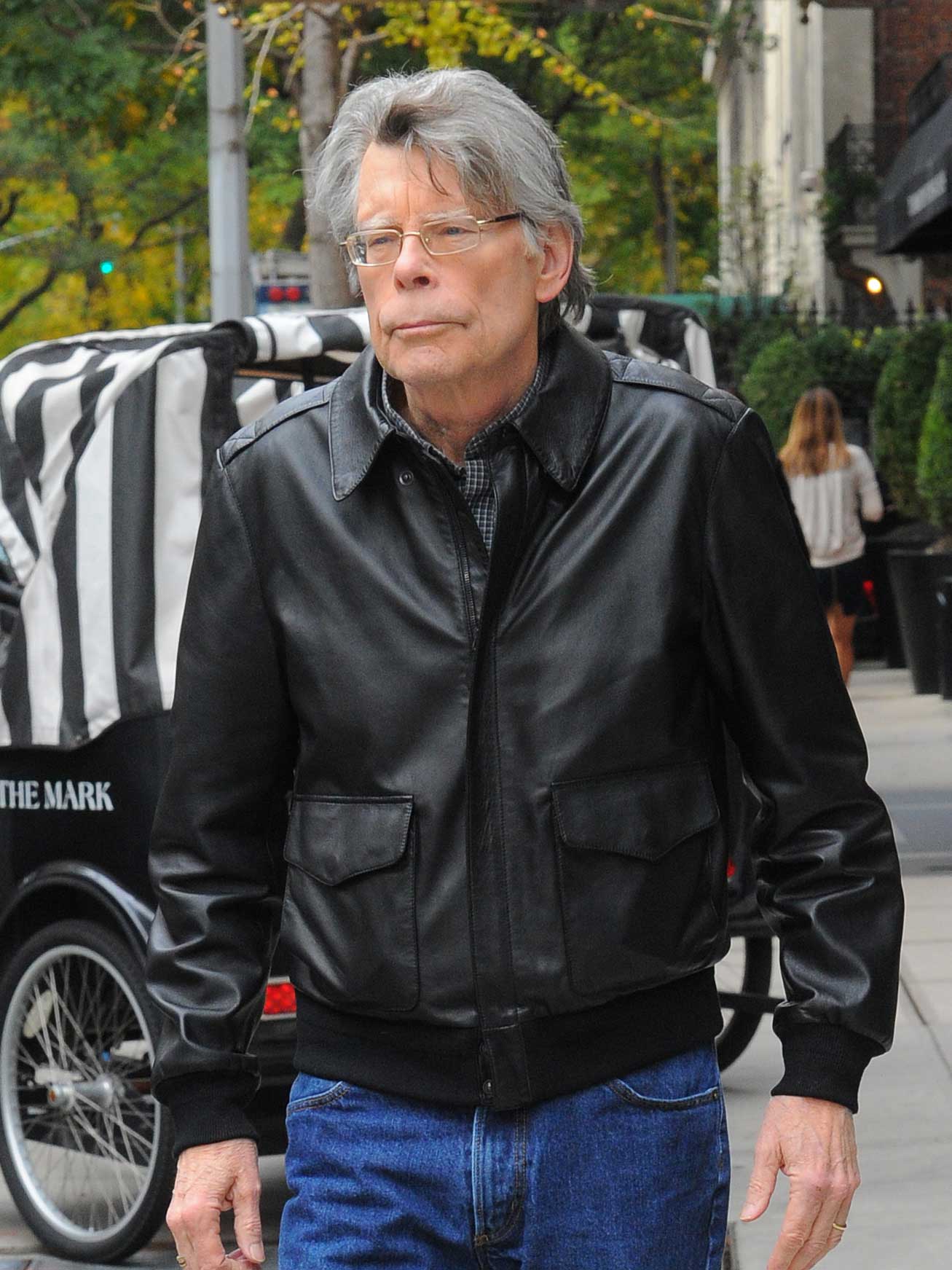 Stephen King owns a Harley, he also had a cameo role in Sons of Anarchy—he rode a red Road Glide.