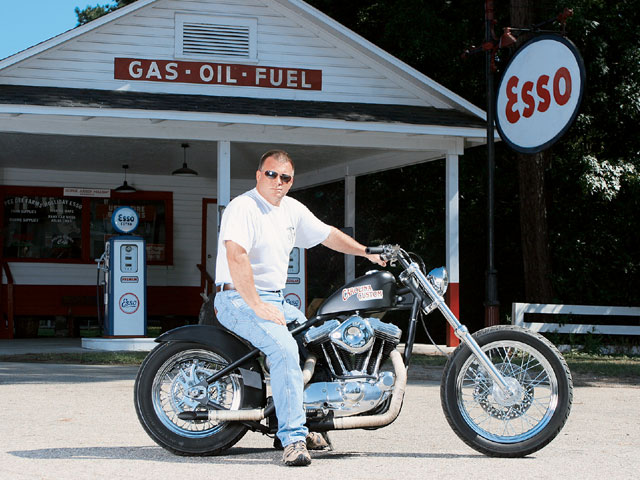 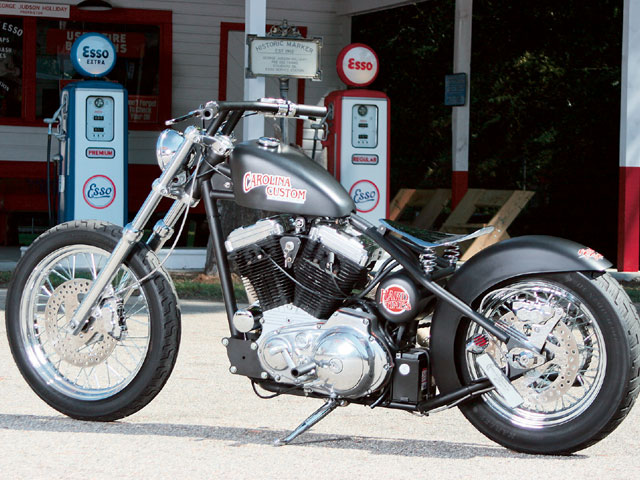 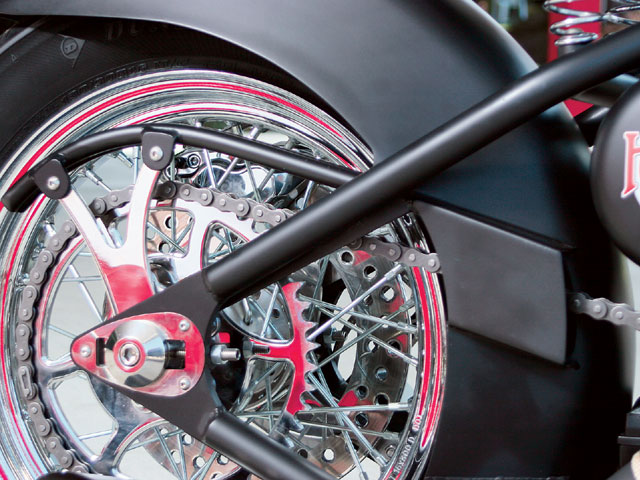 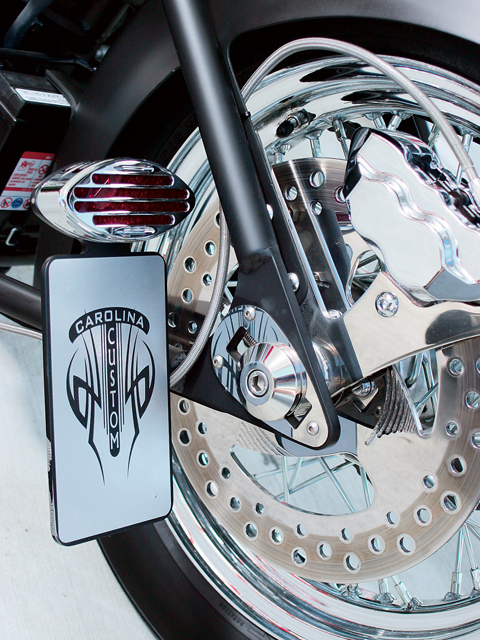 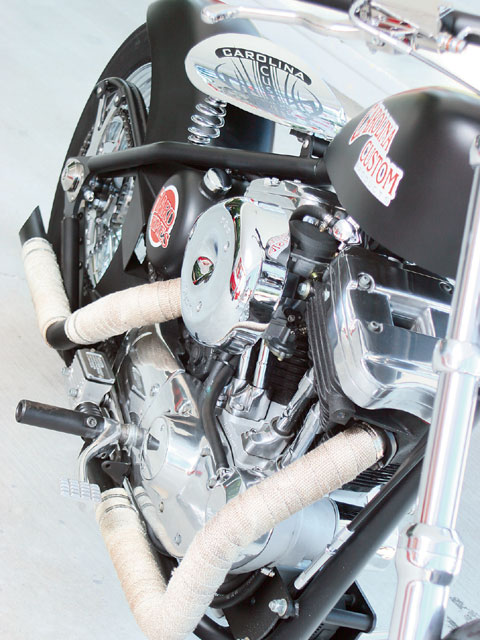 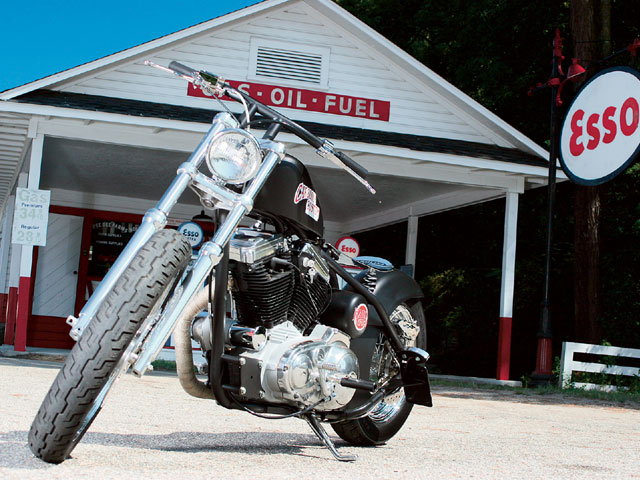 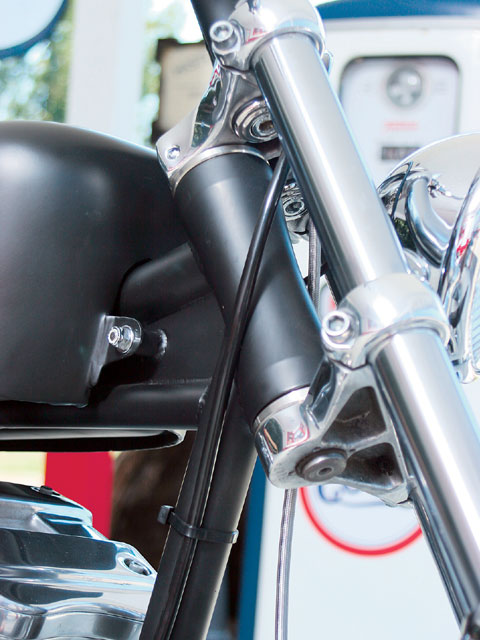 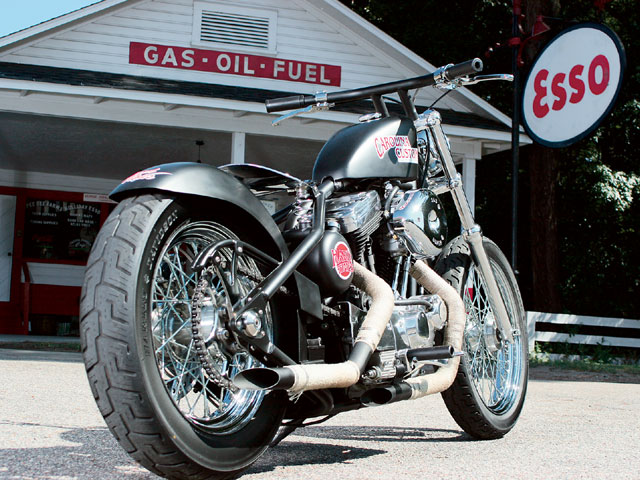 Those of us not born with the proverbial silver spoon in our kissers have all been there. It’s that unpleasant place where your two-wheeled dreams and desires are totally out of sync with the realities of your bank account. Perhaps it was when you were in high school or college, or after a divorce, or maybe you got laid off-there’s never a good time to have hard times. So how do you satisfy your need for a sufficiently cool new ride that provides pride of ownership when you’re down (but not out)?

Dorian Swanner remembers his hard times. You might think it’d be tough for him to do so, considering the phenomenally successful business he has built, Carolina Custom Products (CCP), located in Union Grove, NC. After all, he’s got 50 employees and $6 million worth of CNC equipment churning out 1,500 frames, a couple hundred rolling chassis, and hundreds of wheels a year. But at his core he’s a down-to-earth, good ol’ biker who knows what he likes and knows how to build it. “We’re about providing end users with a complete solution in order for them to build a custom bike, and doin’ it in America instead of overseas.That’s totally what our company is based on,” Dorian told us by phone. The idea behind this stunner of a Sportster actually came from his wife, who essentially dared him to try to make something great but do it cheap. He said that she asked him straight up, “What can you do for $10,000?” He continued, “Well, I looked her straight in the face and said, ‘You can’t do shit for $10,000.’ And then the challenge was on.”

The project started with a tired but serviceable donor cycle in the form of an ’88 Sportster Custom for the very reasonable price of $2,500. Dorian knew what to look for-good spoke wheels, straight forks, and a healthy motor and tranny. The idea was that the more he could salvage, the better the chance of bringing it all in under 10K. Dorian said, “This is the way she put it to me: ‘Anybody can build a nice motorcycle if they’ve got $50,000. Who can build one for $10,000 that’s worth havin’?’ I’ll be honest with you-at first, I thought it was totally impossible.”

His plan was a brave one. Build a cheap bike from scratch-in a week-and then display it in front of thousands of critical bikers in Sturgis who have gotten jaded by $100,000 objets d’art. Most people would have been done in by the old truism: you can’t have it good, cheap, and fast, but with luck maybe you can get two out of three. Not Dorian. “Spending money is not hard to do, but trying to do something that’s really killer and not spend any money-that’s a chore. It’s the hardest thing I’ve ever done in my life.”

Of course, it sure helped to have a first-rate team of fabricators and artisans who invested plenty of their own sweat equity. It also helped that this entire bike was in Dorian’s head in perfect 3-D before he spun the first wrench. “Back when I was 16, I didn’t have any money, so I had a Sportster. And you wanted to be cool, know what I mean? So I made a rigid out of my Sportster. Well, since I had done some of these same things to my Sportster back in the late ’70s, and here I was working against this budget of 10 grand, I realized I had to do things the way I would have done it when I didn’t have any money. For example, if you look at the pegs on the bike, they’re just two pieces of pipe that we sawed off and drilled a damn hole through and bolted ’em on. They are just pegs.”