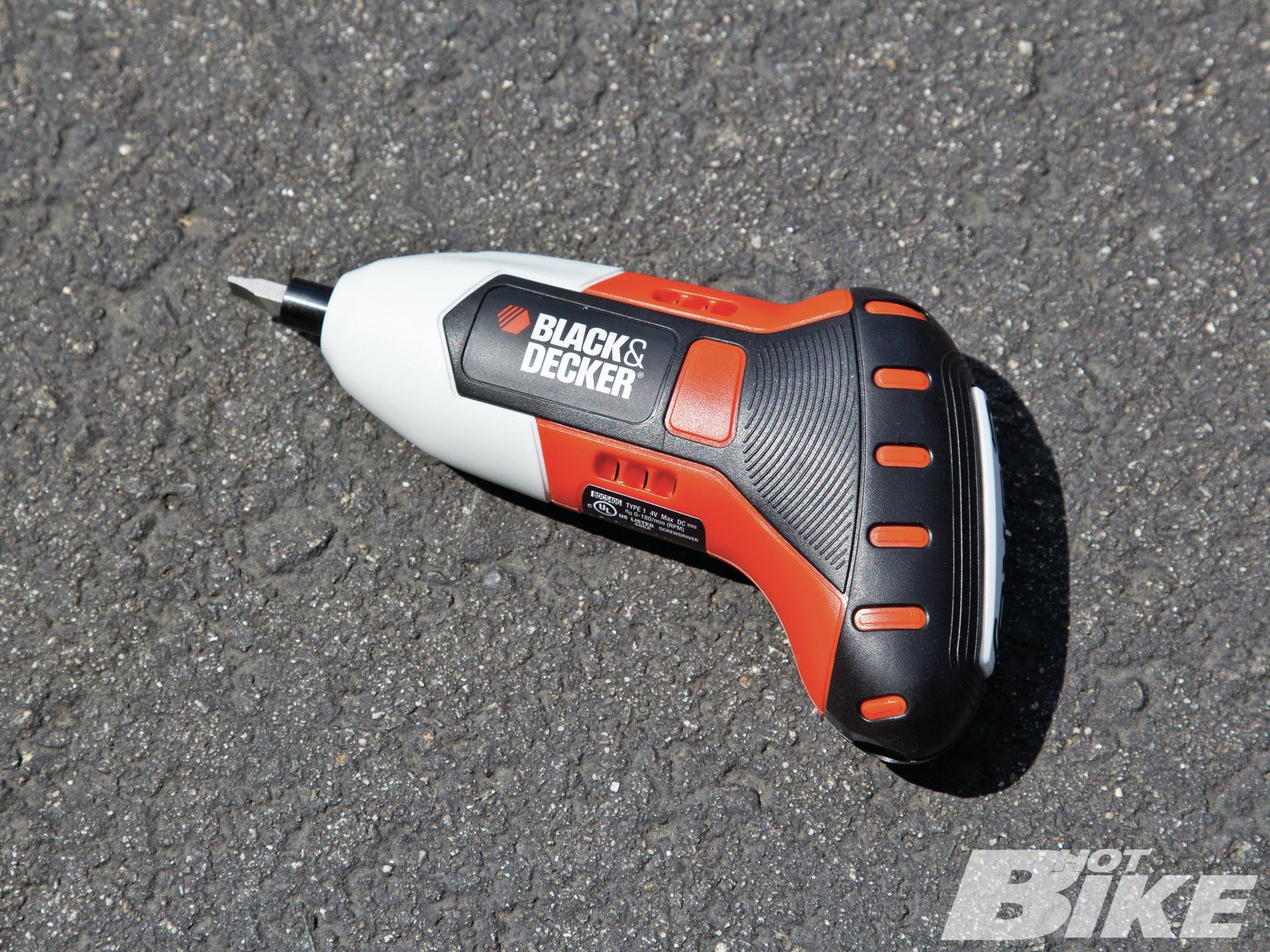 There are some things in life you can never have enough of; women, friends, beer, bikes, and electric screwdrivers. What is it about the ability to quickly screw something that makes men happy? Black and Decker is no stranger to tools and continuously finds ways to make improvements on them. Enter the B&D Gyro screwdriver. When I first picked it up I wasn’t quite sure how it worked. Then I realized it’s so simple. To tighten, simply turn your wrist right. The further you twist, the faster it goes. The same works in reverse. If it sounds that simple, it’s because it is. Granted I don’t think I’d use the Gyro to take apart a motorcycle, but for screwing things on until the big guns come out, it’s a no-brainer. It works great in tight places and a small LED light illuminates the surface. At under $40, the Gyro seems like a worthy addition to any tool-head looking for the next fix. –JCZ