The Best Of The Sturgis Buffalo Chip Campground After Dark

They don’t call it the “legendary Buffalo Chip” for nothing. For nine days straight, some of the biggest bands in the country rock the main stage. And while there’s no denying Pop Evil, Theory of a Deadman, Yelawolf, Reverend Horton Heat, and Kid Rock (to name a few) are going to put on kickass shows, the fun really shifts into high gear at the Chip once the headliners are done. 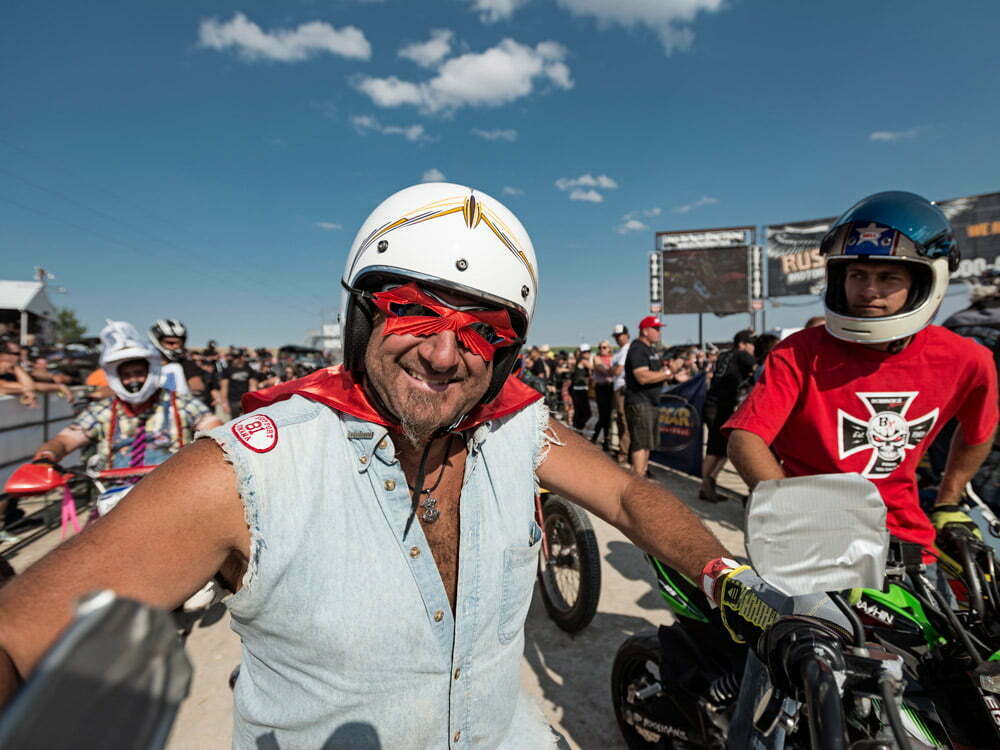 The Buffalo Chip is known for its good-time, party-loving clientele, many of whom come to stay there year after year.

Because when the witching hour strikes, the party spreads to the four corners of the Buffalo Chip. Many make a beeline straight to the Kinison Stage after the big show is over because it sits right outside one of the main entries into the amphitheater. Bands like Midnight Mob stir the crowd with driving guitars and searing lyrics. The Flaunt Girls are at their burlesque best, swinging on a trapeze bar and twirling fire. There’s always a sense of collective energy swirling around the Kinison Stage; comedian “Screamin’ ” Sam Kinison would be proud. 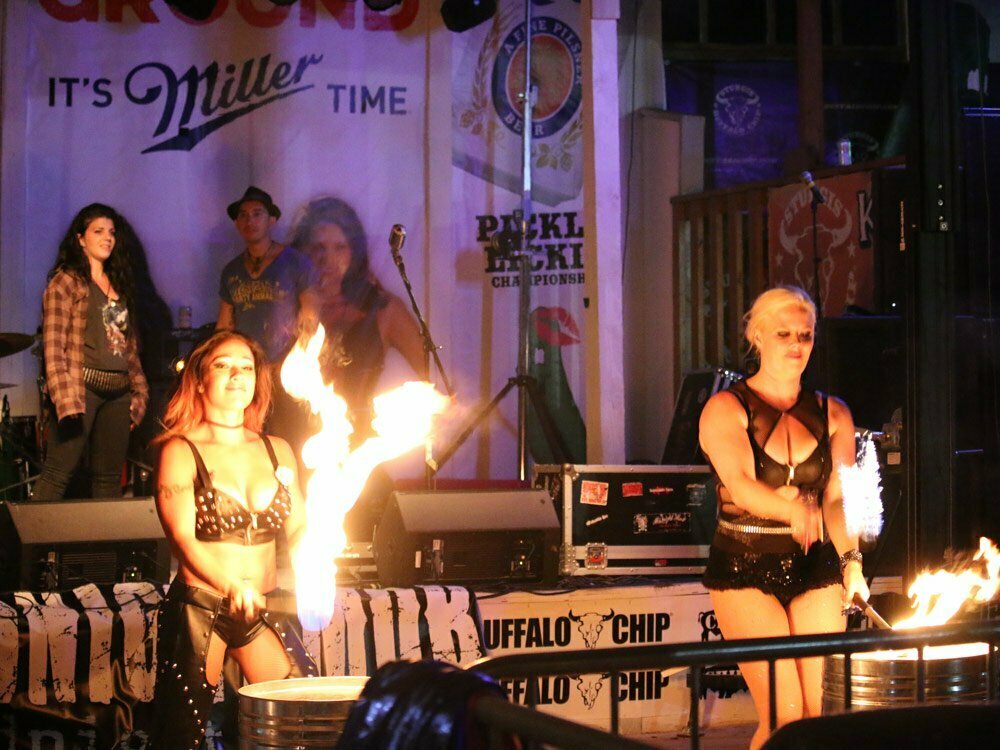 After the big show is over, the Kinison Stage keeps the fun turned up with its own brand of nuttiness.

Another favorite after-hours hot spot is Bikini Beach. A swimming hole by day, it attracts die-hard partiers like fire attracts moths when the sun goes down. It’s the type of place you’re almost guaranteed to bump into somebody you know with that happy, late-night, glazed look in their eyes. The stage is small and the shows intimate, the bands feeding off the closeness to the crowd. Somehow acts that play the after-midnight show find an extra gear when they play at Bikini Beach. A slice of “David Bowie” pizza at Pie for the People never tastes better than it does after midnight at Bikini Beach. What’s a “David Bowie”? It’s white sauce, mozzarella, bacon, roasted pineapple, jalapeños, and Guinness-caramelized onions topped with plum sauce. Talk about late-night munchies! 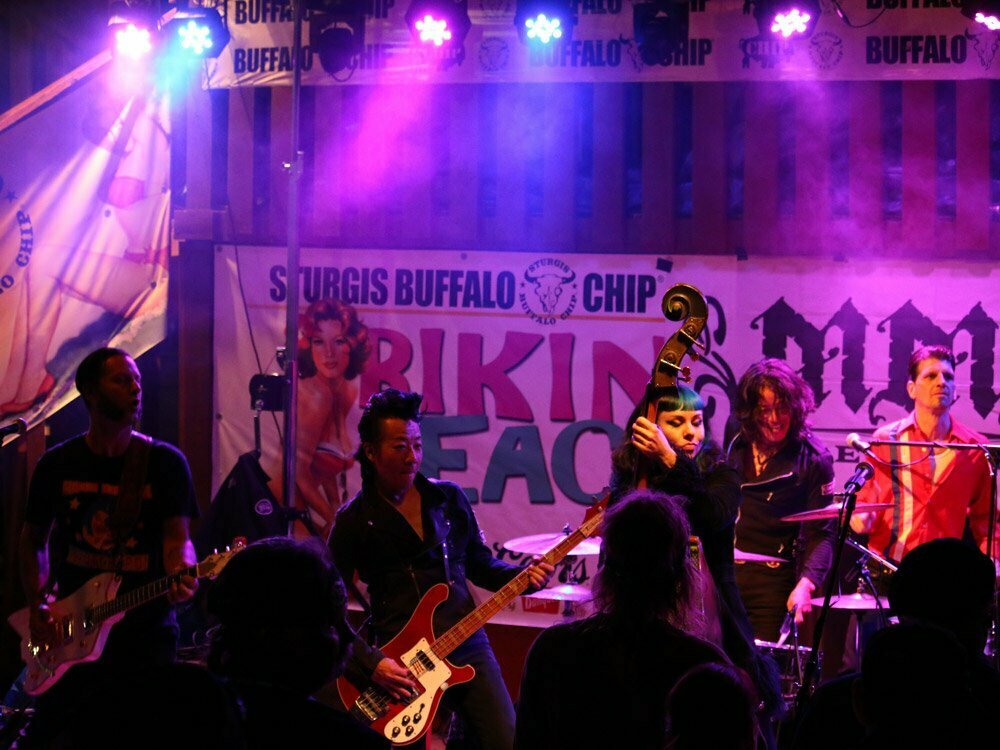 If you’re looking for a more intimate experience, Bikini Beach has the goods.

If you’re looking to get your boogie on, head to Club Chip. It’s the open-air bar above Hot Leathers on the corner of the main amphitheater. Just look for the flashing lights and the scantily clad go-go girls. DJs keep the joint jumping as they mash up the latest hip-hop and dance tunes with their turntable magic. Even if you don’t dance, there’s always plenty of sensory stimulation at Club Chip. It’s also the place to go for good craft beer, as they’ve got the best tap selection in the campground. 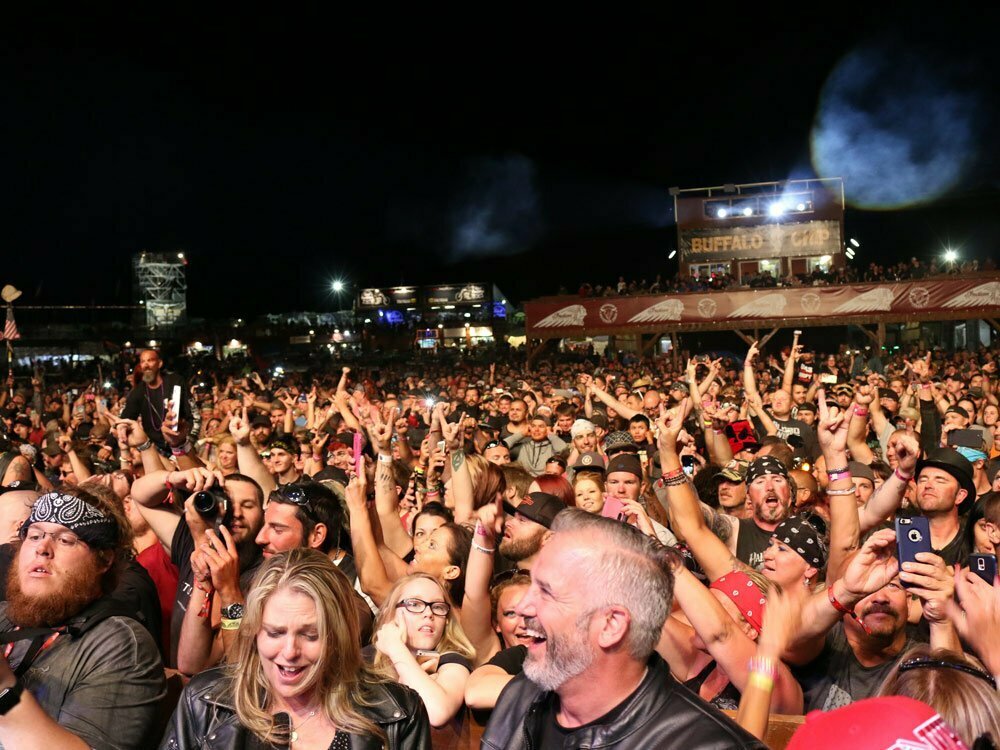 They don’t call this place “legendary” for nothing; Chipsters come prepared to party! 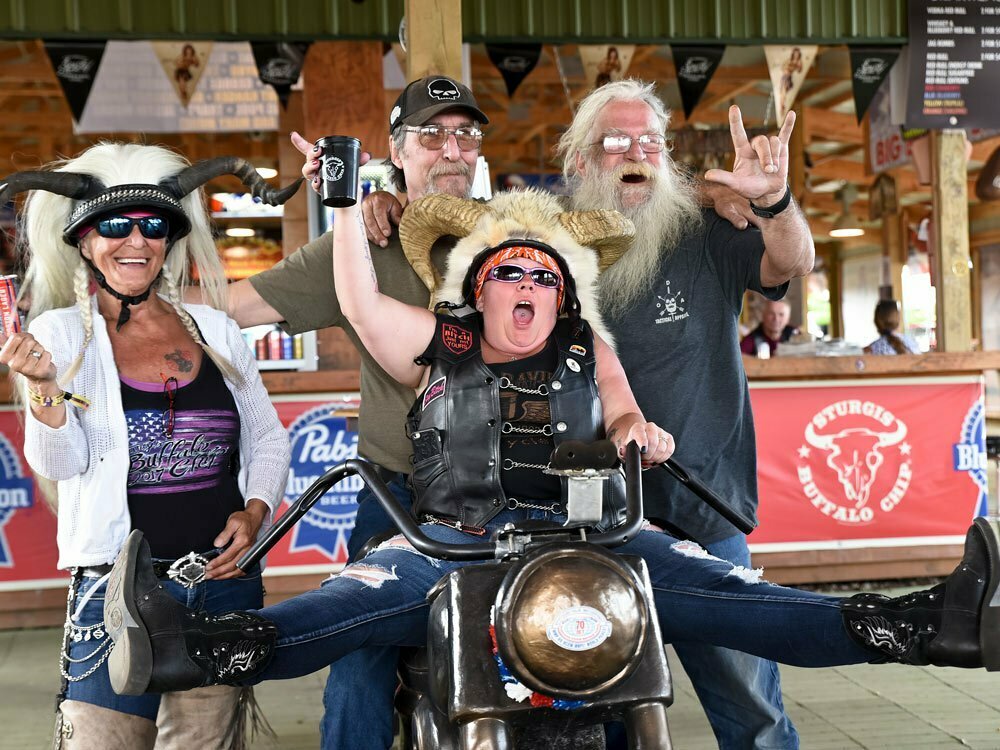 Even when the main acts are done, there’s usually a party going on somewhere in the Chip.

When music subsides at the side stages by about two in the morning, the festivities slowly creep into the campground. Chipsters come prepared to party, with everything from blow-up dolls to blow-up pools, from Mardi Gras beads to homemade stripper poles. There are stacks of speakers and disco balls. Toy haulers become makeshift dance floors. You think you’ve seen it all until you wander the campground at three in the morn. They don’t call the Chip “legendary” for nothing.