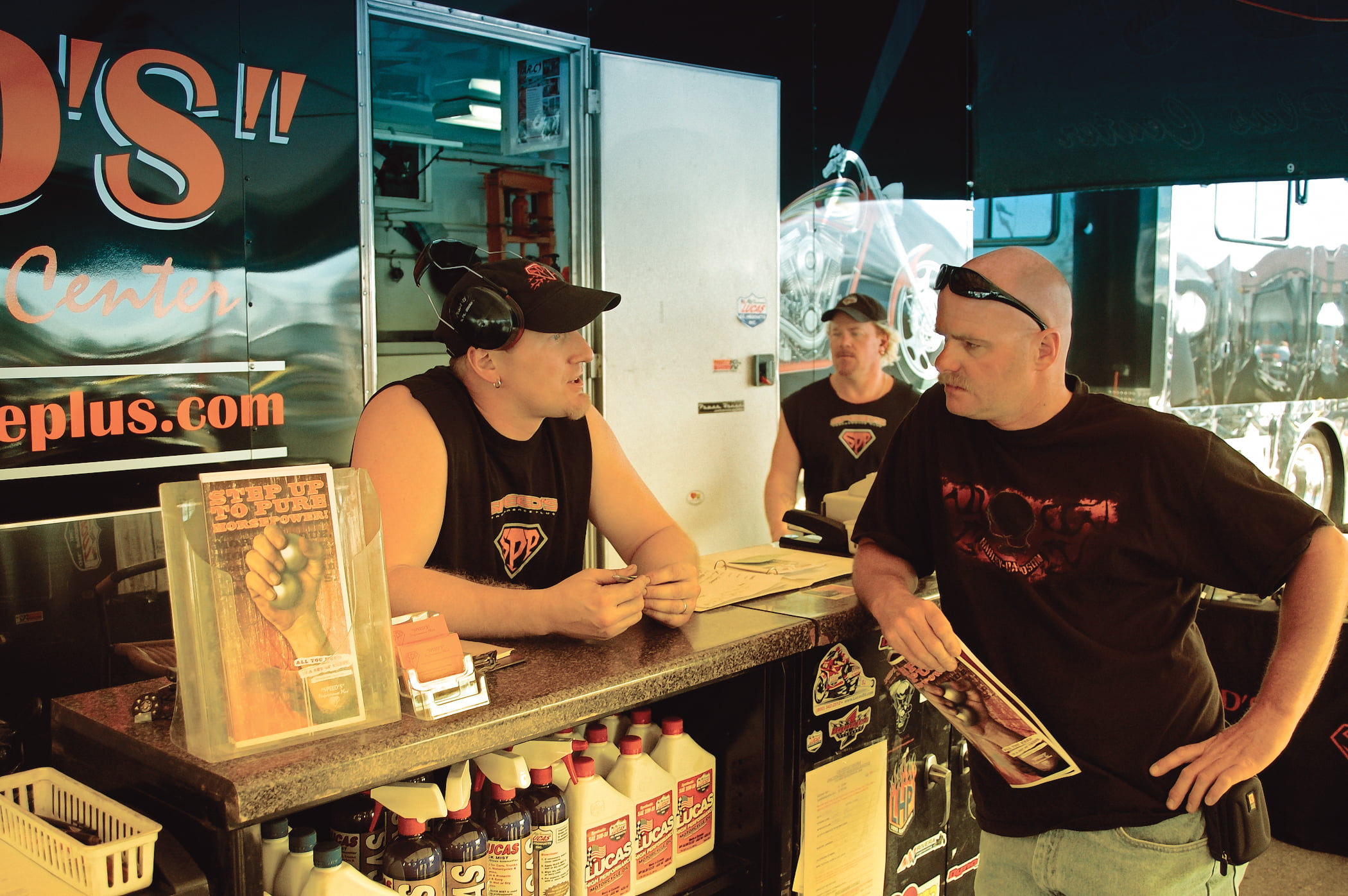 Big displacement engines, free-flowing pipes, and high-lift cams are just one side of motorcycle performance these days. High-output audio systems have become just as popular, especially with that surge of bagger bikes we’ve seen. The guys at Speed’s Performance Plus, no strangers to the traditional side of H-D performance, have taken note of this. A hot-rod Harley is a louder Harley but what can be done about that concerning the sound system? Well, the SPP techs have done a fair bit of research into that question and in typical Speed’s Performance fashion, they’ve come up with some real world answers for the everyday rider and sensible recommendations for audio upgrades.

The first thing any rider has to determine is knowing exactly what he’s after. Is the goal a bike with a good sounding audio system, or is it an audio system with a motorcycle attached? That might sound simplistic, but it’s really the crux of the matter when it comes to choosing and mounting motorcycle audio equipment.

Just as it is with engine modifications, it’s easy to go way too far with those audio upgrades. Really, who needs a 200hp motorcycle? By the same token, who really needs 2,000 watts of audio power with a dozen or more speakers mounted everywhere? Mega-systems like that are certainly available, but with them comes the certainty of replacing alternator stators and batteries on a regular basis. That’s no joke. When it comes to performance audio upgrades, the charging system on a Harley-Davidson becomes the limiting factor. Sure, the maximum charging capability of a Harley touring bike might be 50 amps and that sounds like a lot. Open up a service manual for that bike though, and you’ll see that the allowable, in-spec range for that system is 35 to 50 amps. Quite a spread, and when you consider that it takes 20-some amps just to keep the bike running and the lights turned on, there’s not much wiggle-room left for high-draw amplifiers. But if what you’re after is simply a nicer stereo on the bike, something that plays clean, clear, and loud enough to hear at 70 mph over a set of performance pipes, there are lots of audio products out there to choose from without going overboard. Motorcycle-specific systems like the Hogtunes NCA series, as one example, won’t cost a lot of money, and more importantly, they won’t overtax that alternator and battery. NCA, incidentally, stands for “Not Car Audio.”

Take a good look at the motorcycle those upgrades will be made on too. The big factors to consider are how loud those pipes actually are and how low is the windshield. A Street Glide, for instance, comes with a pretty short windshield and audio sound in its rawest form is nothing more than moving air. Competing with 70 mph worth of moving air is tough. It’s no surprise that an OE radio and speaker set has a hard time keeping up. A reasonably sized amp with a matching set of upgraded speakers can definitely help this situation. An Ultra, on the other hand, has plenty of wind protection and just changing the four OE speakers to something better can be a good step in the right direction, with an amp added if you choose.

Now let’s talk about amplifiers. Just what is “reasonably sized”? There’s a lot of confusing information out there but the first thing you’ll want to be sure of is that you’re getting an amplifier designed specifically for motorcycle application, something designed to work with Harley’s charging system. Some amps, for example, can draw almost all of that top-rated 50 amps to make peak power, and you haven’t started the motorcycle, turned on a light, powered up the EFI, or sent any juice to the fuel pump. Get the picture? Some ultra-high-power amps can run pretty darn hot, too. Motorcycle-specific amps though, like those Hogtunes models, won’t draw much current to work and deliver all the power you’ll need, they’ll have cooling fins on their cases and the really good ones will even include built-in temperature-sensitive fans. They’ll be easier to install since they are actually designed to fit a Harley-Davidson. The same holds true for the speaker upgrades.

Bottom line here, as the guys at Speed’s Performance have learned, is that when it comes to choosing audio high-performance, things aren’t all that different than picking engine parts. Just as it is with cams, pipes, pistons, and anything else, bigger isn’t necessarily better. Next time that big, black SPP shop truck is in the area, stop in and have a chat. It’ll be time well spent.