Against The Grain | Confederate P120 Fighter 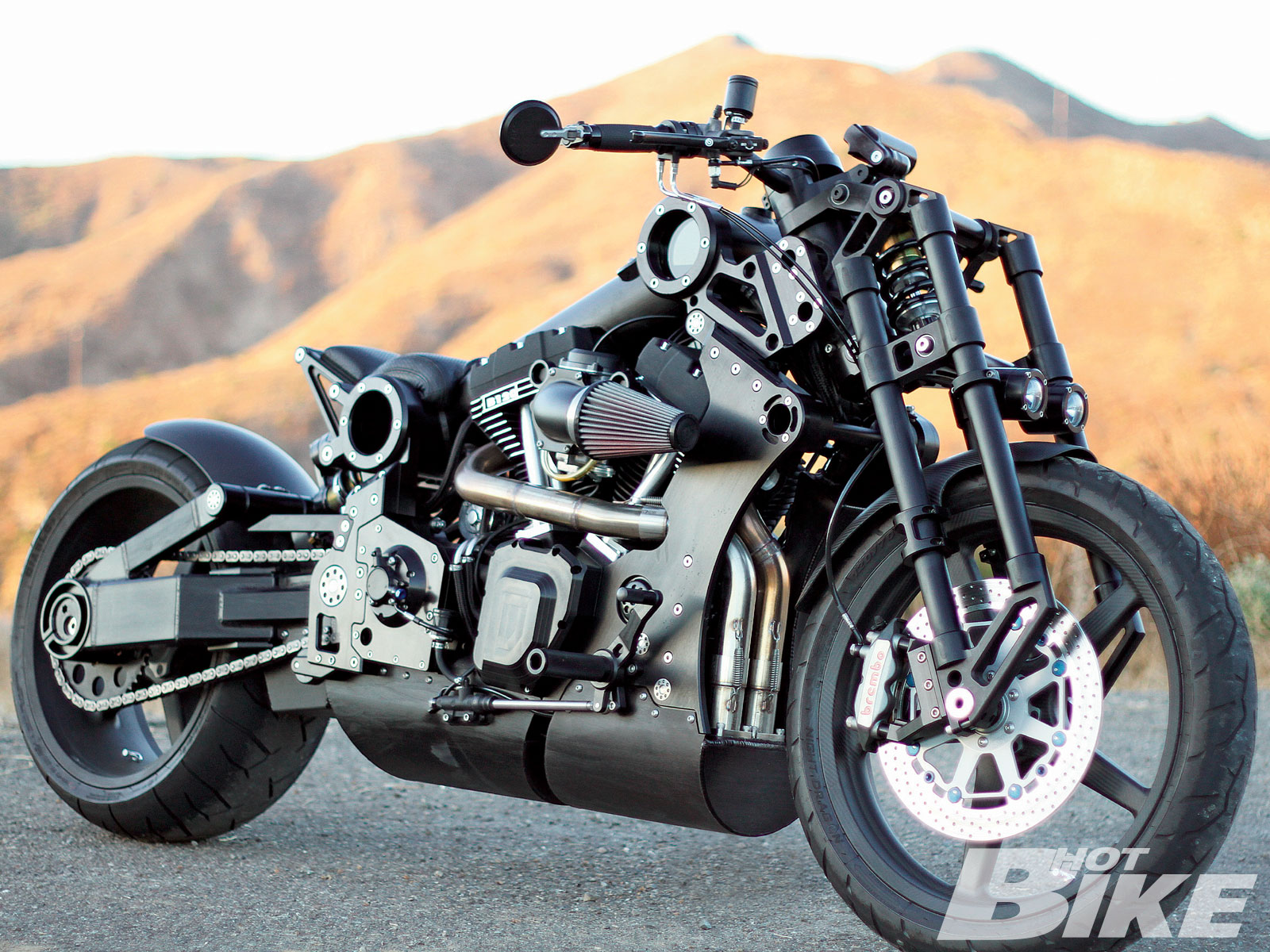 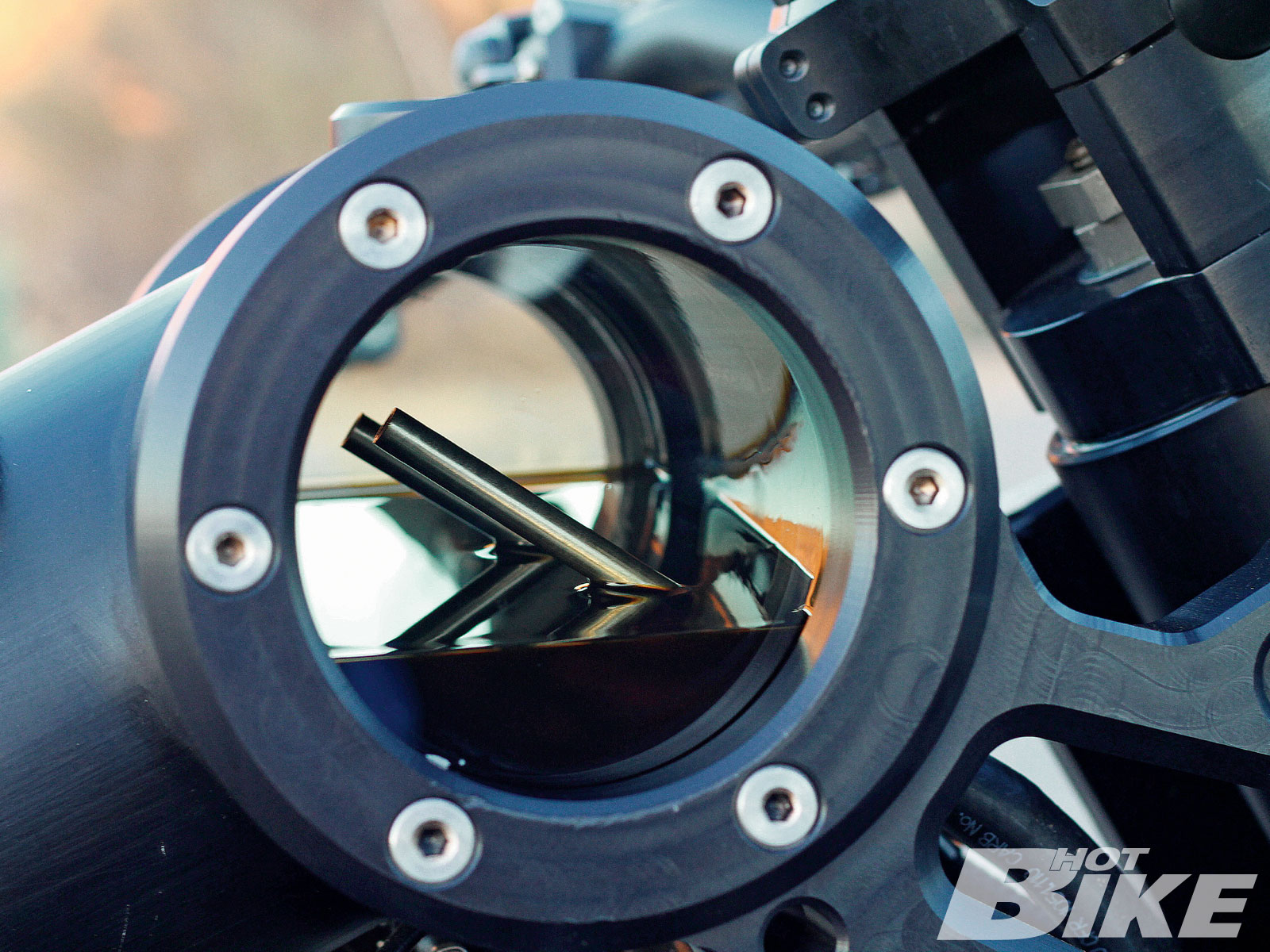 Peek-a-boo. The 20W-50 sits idle before spewing to life in the exposed oil tank. 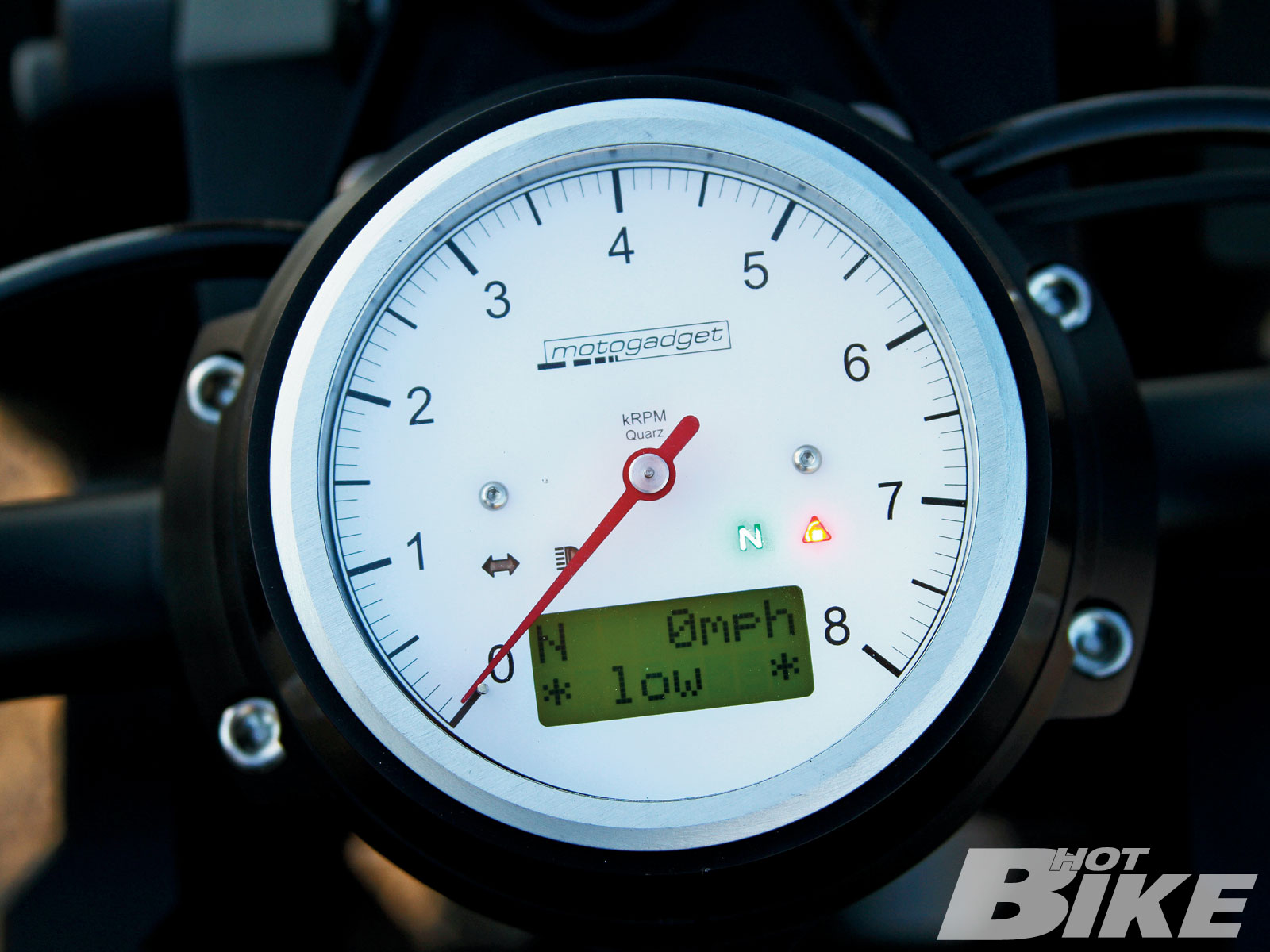 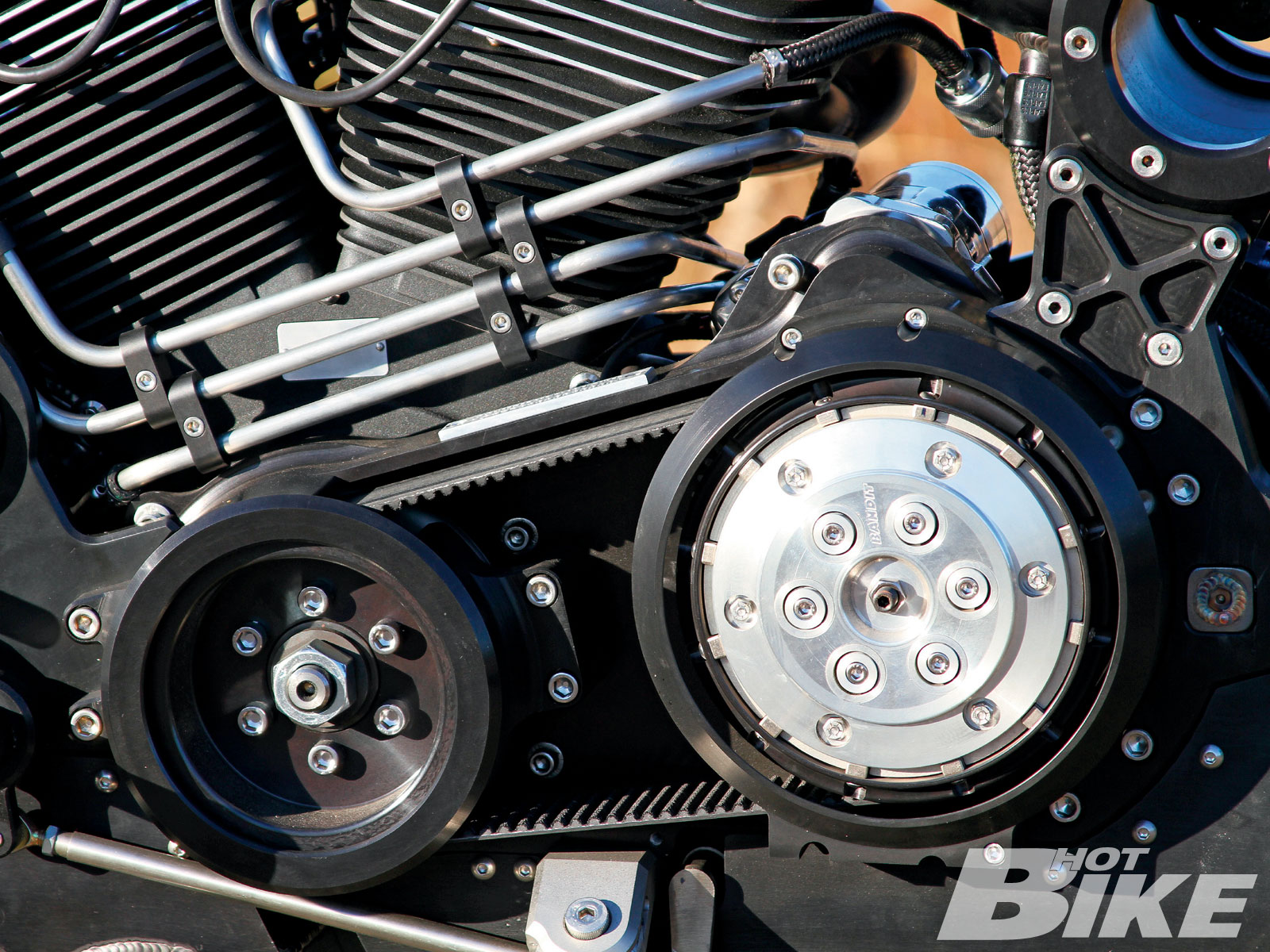 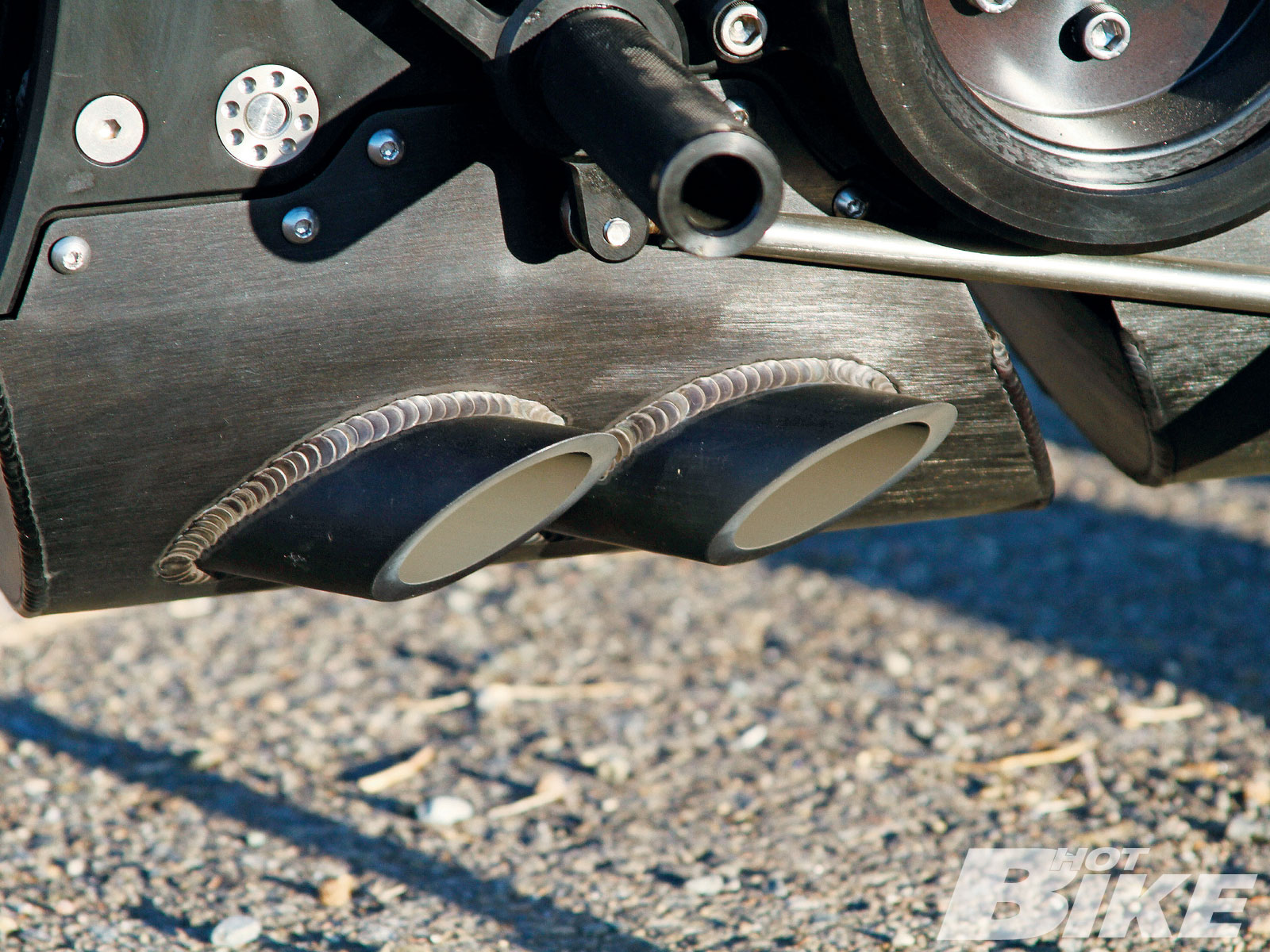 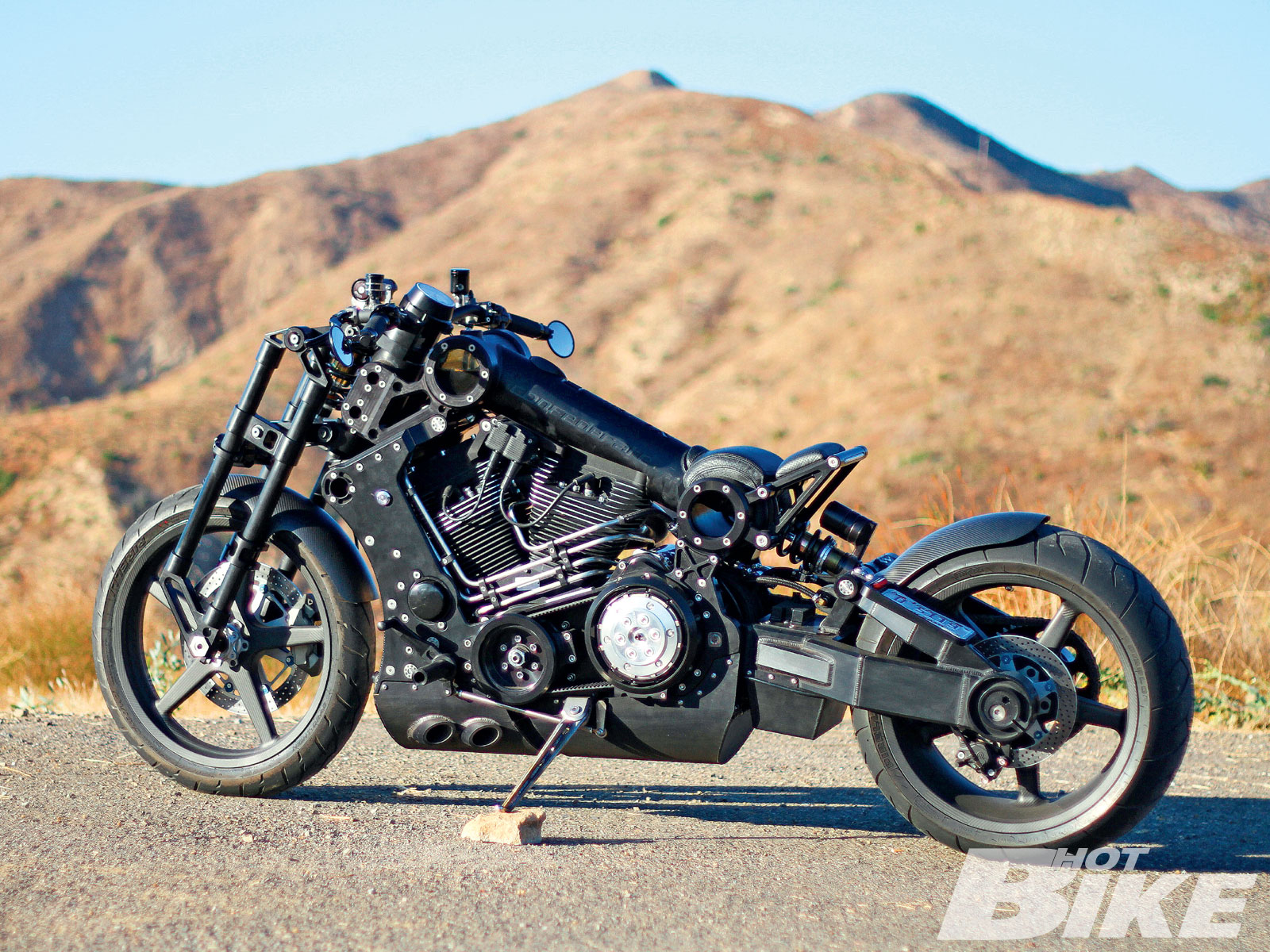 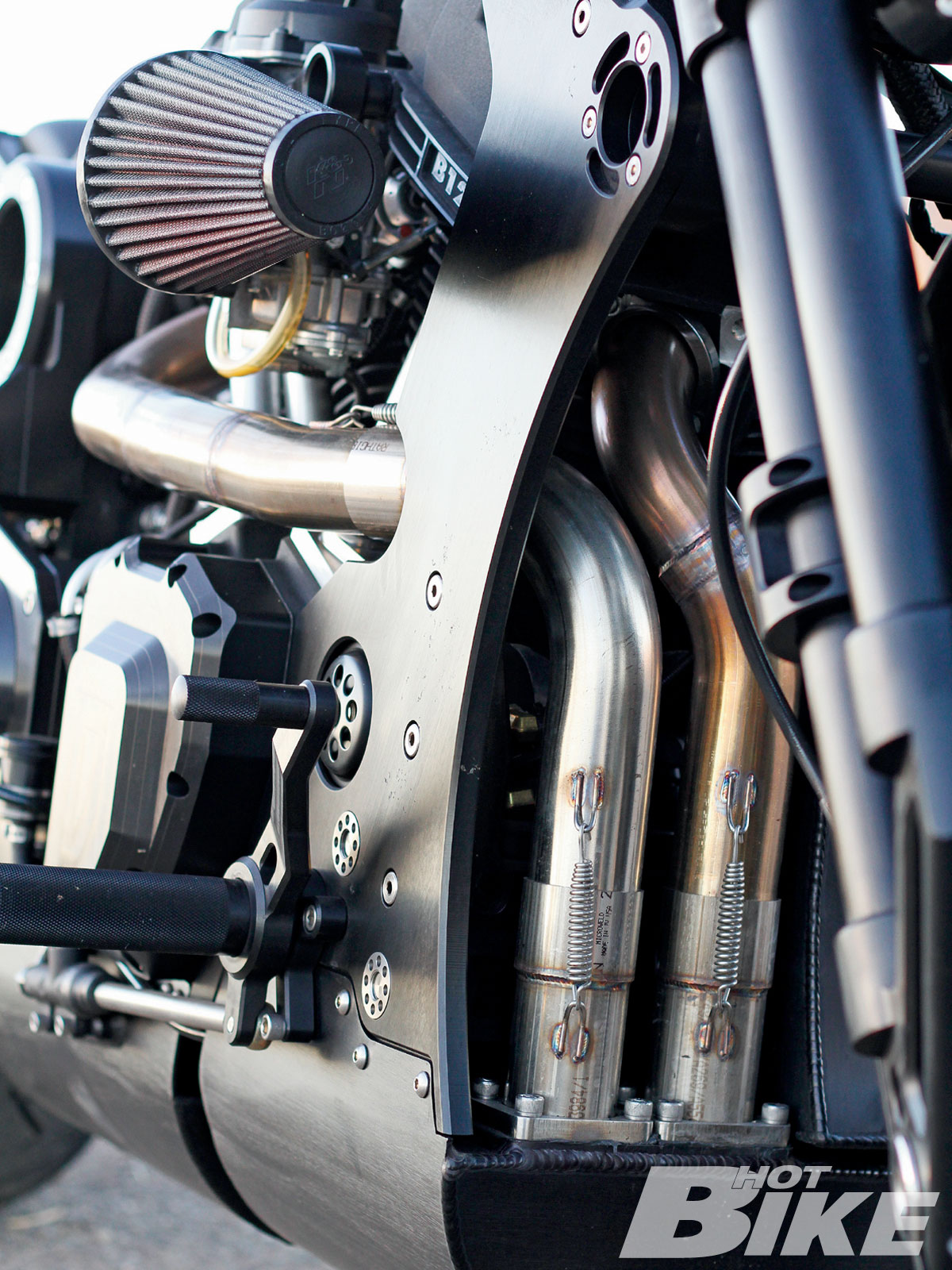 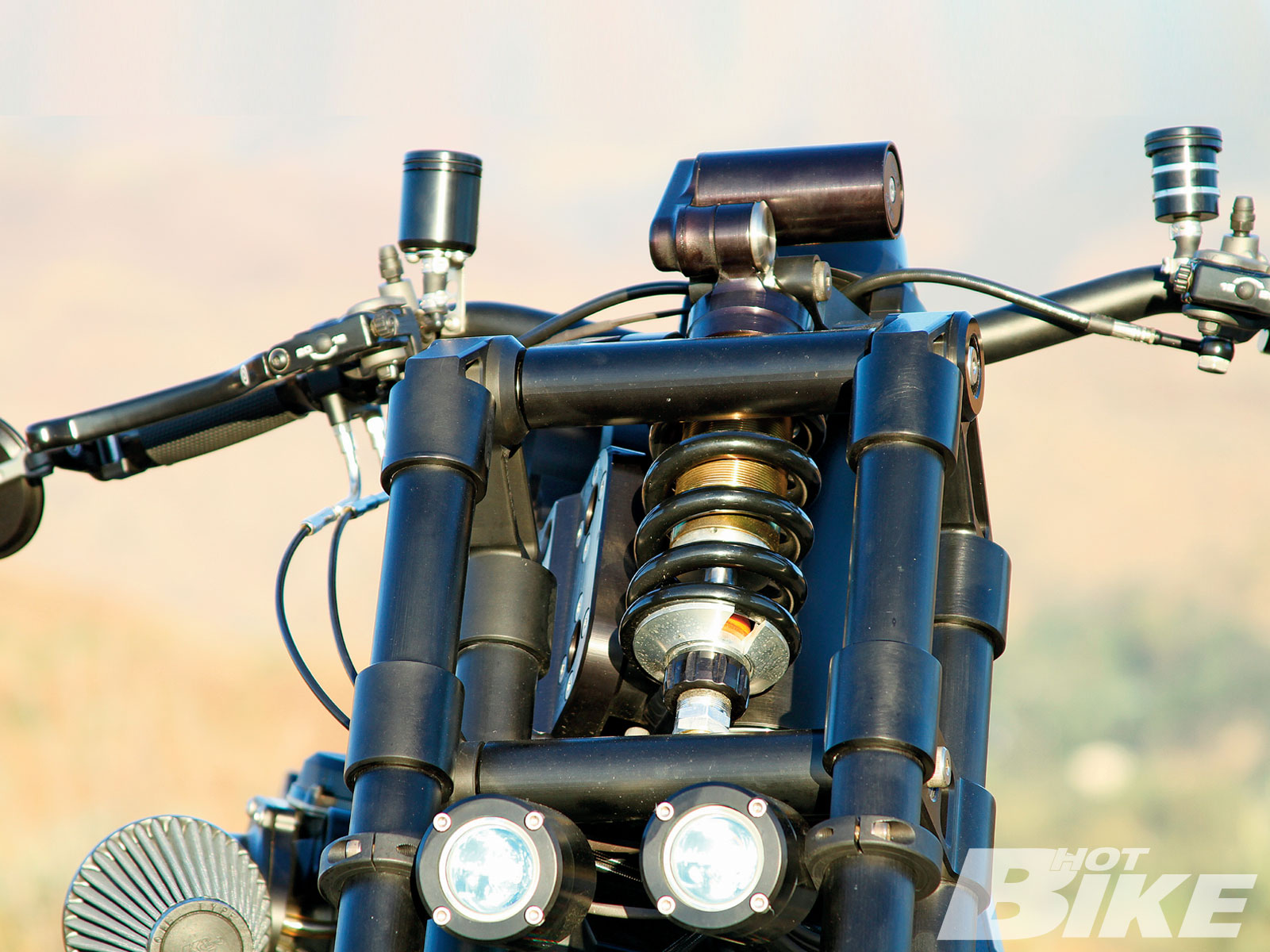 The adjustable RaceTech shock works brilliantly in handling the bumps. 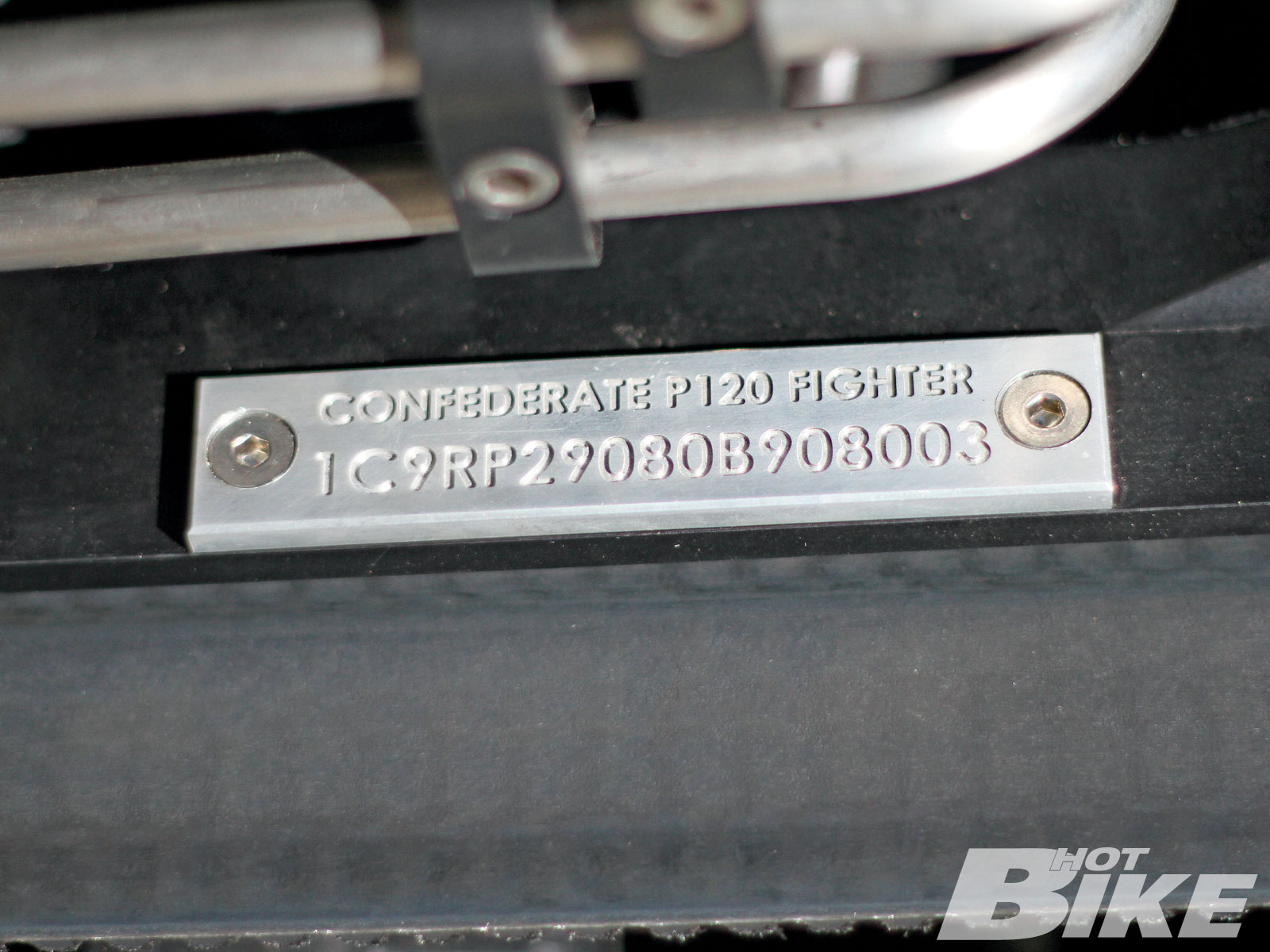 Numero Tres
Flowing downward from the cylinder heads and out the bottom left side of the aluminum body are the stainless exhausts. “

Upon first glance of the P120 Fighter’s stripped-down, utilitarian aesthetic, one simply can’t find the correct words or even evoke the right emotions to describe what Confederate Motors is pushing out its Birmingham, Alabama, doors. Eyes planted, jaw dropped, there’s so much going on with the Fighter it’s hard to put a finger on just one of the many intricacies detailed from wheel to wheel.

Confederate Motors was founded in 1991 when CEO/Founder Matt Chambers decided it was time to introduce a motorcycle that went against conventional thinking, more or less an anti-establishment motorcycle that didn’t adhere to industry norms. After practicing law for 13 years, Matt pursued a new venture: building motorcycles. His future vision for the company was realized while driving down the highway when a pack of outlaw bikers screamed past him, in formation, in sort of a golden triangle, as one, and he thought to himself, that’s what it’s all about. That core philosophy that nothing was going to get in their way and that they wouldn’t take shit from anyone was and is the basis for the first Confederate machine, the Hellcat, which was completed on Veteran’s Day in 1994.

The rest of the machines followed suit and still do to the present day, and Confederate’s against-the-grain ideology is what’s made it what it is. “The idea [Confederate’s design philosophy] is rooted in the theories involved in pure objective individualism and America’s industrial mechanical design theory. It begins with sort of an organic process, letting it flow; it’s a form of what we call American minimalism,” Matt says. And minimalistic it is, since the P120 Fighter’s naked exoskeleton just stands there in front of its audience, exposed, truthful, and honest. There’s no bullshit about the Fighter because there’s nothing hidden. However, it’s also very intricate and there is no expense spared when constructing the extremely limited run of 63; just one P120 Fighter takes roughly 280 hours to create, from the design process to final assembly. The P120 triple load path design and spine with 4-inch O.D. wall, the fuselage and side plates that bolt to the motorcycle, and two bulkheads that also accept load are what make the Fighter extremely unique. “There’s a lot of load going through this motorcycle,” Matt explains. This machine was meant to ride. Another great feature is the exposed oil tank and clear circular side plates on each side. You can see the oil circulating through the tank, which blows everybody’s minds at the local biker watering holes. “From the very beginning we’ve always had the oil in the frame, and when we codified the golden triangle aspect, [Designer] Ed [Jacobs] came up with this idea of dual circles, and we thought it would be a cool riff that you could see the oil running through there,” Matt says.

Starting the P120 Fighter is what we imagine an airplane pilot goes through as far as his to-do’s in the cockpit. First, turn the key: check. Second, release the compression from both cylinder heads: check. Third, push the starter button: check. Fourth, make sure you have clean underwear on because they might get dirty, really fast: check. Once you’ve completed your checklist, get ready for a hell of a ride. As for sound, nothing sounds sweeter than to hear this kitty purr, or should we say growl like a wild beast ready to attack its prey.

A far as riding this beast, it’s definitely an experience to say the least. The Fighter feels very rigid, probably from the aircraft-grade aluminum frame construction. Due to the solid construction, there’s very minimal flex apparent on tube frame motorcycles.But the double-wishbone frontend with RaceTech front shock features adjustable high- and low-speed compression and adjustable rebound, which is great because of its versatility to suit different rider weights and riding conditions. The rear RaceTech shock includes the same features and both work brilliantly, cohesively. The shocks will never bottom out if they’re adjusted correctly, Matt tells us.

The ergonomics take some getting used to due in part to the less-than-comfortable seat and the high-mounted forward controls. It’s a bit cramped, but comfort took a back seat once we rolled back on the throttle putting the 120ci engine/160 ponies to the test. The carbureted, air-cooled V-twin was used because of its minimalist design. There are no water lines or pumps to worry about, which Matt purposefully chose. Simple. Throttle response was crisp all the way through the powerband up into the triple digits. And the four-piston Brembos work brilliantly in grabbing the composite carbon/ceramic/aluminum-matrix rotors to bring the 460-pound Fighter to a halt.

The Fighter is great as far as power and oomph are concerned; awesome in a straight line, not so much in tight twisties. When cornering in a hairpin, the 240mm rear tire is a bit too much meat to really lean the bike over, so you really have to halt the machine before entering your turn-in point all the way through the apex of the turn. We tried to push the limits but it was hard to get the bike to budge.

All in all, the P120 Fighter does everything it’s meant to do: turn heads, piss people off (from jealousy of not owning one), and go fast-really, really fast. We’ll say it: we love this bike. We would own one, but unfortunately our salaries doesn’t afford us such luxuries. Yet. But it does afford us the luxury of getting to spend the day with such an incredible motorcycle and throw you our two cents, which is priceless to us. And while it might not get you through a weekend of cross-country touring, unless you’re a masochist, it’s definitely going to put a smile and your face, and that’s what it’s all about. Lastly, if you’re an introverted type, be prepared for a lot of attention.